It started out like a regular recipient grant. But that didn’t last long. 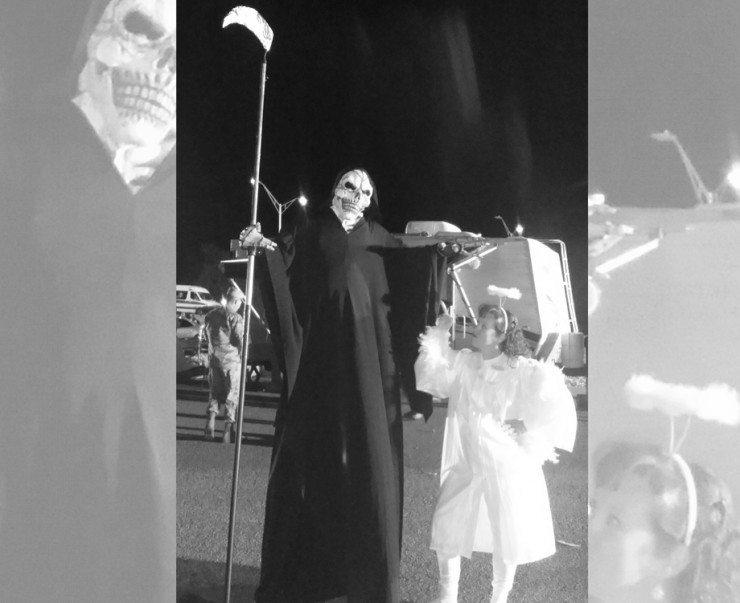 You know it’s going to be a good story when you open an email to find a pic of an angel and the grim reaper. 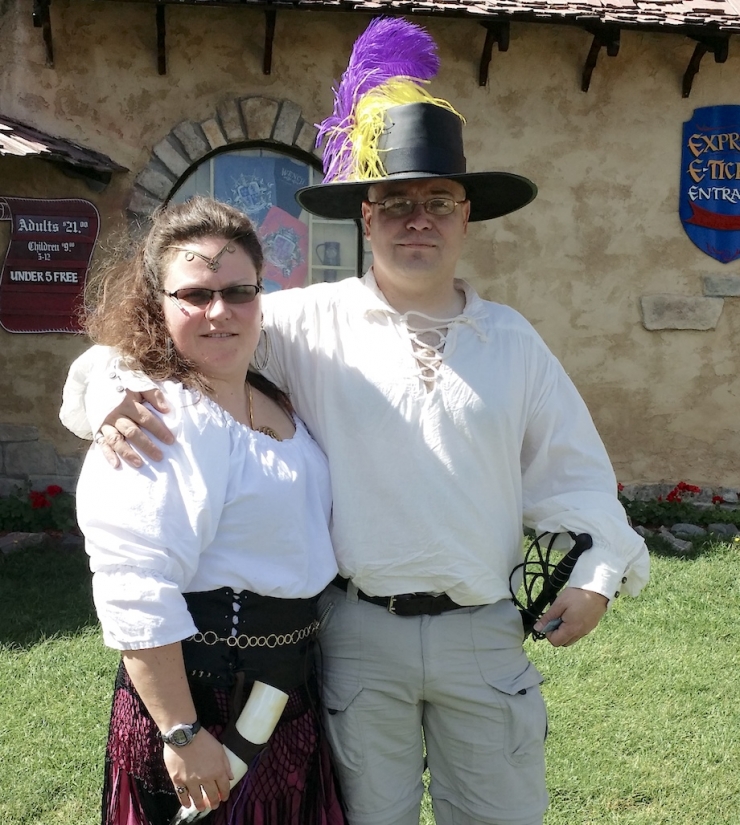 And a swashbuckler. There’s another one featuring a BK crown, but those crowns are really tall, and vertical pics don’t make for a good gallery, so you’ll have to take my word for it.

I’m by no means a cosplayer, but I do love a good costume – I was the high school mascot, after all. Costumes are great because they’re like an auxiliary power supply for introverts; they make conversations easier and level the playing field, and adding a little buffer behind a mask can help with social anxiety. But eventually… 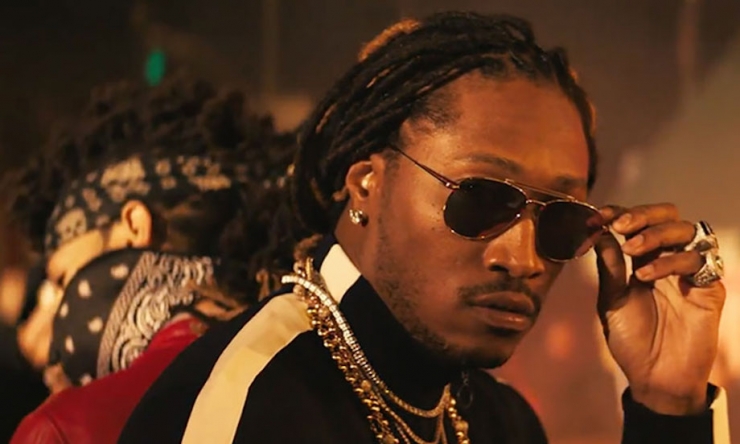 You gotta take the mask off. 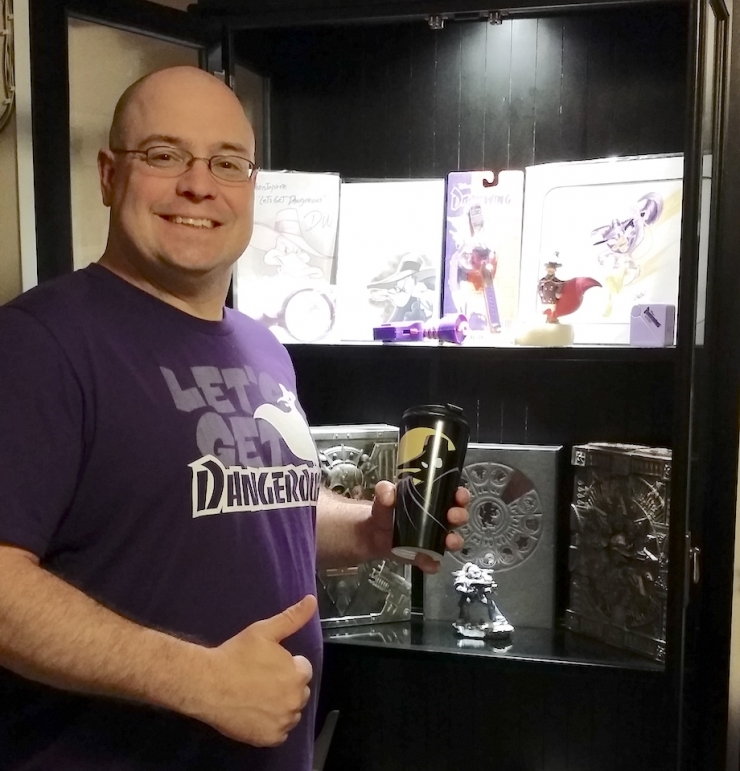 This is Chris. He’s an Air Force veteran, and you may recognize him from his previous work as the grim reaper or swashbuckler. We spoke a few weeks ago about how Chive Charities could make his life 10% happier, and in the course of conversation, we got to talking about his interest in role-playing games. He’s got quite a list, but Dungeons & Dragons is probably tops. I don’t know a single thing about D&D, or any of the other games Chris mentioned, so I hit up my go-to guy source for more info: Nikki over at Chive Nation.

“Hey, Nikki, got five minutes to talk about dude stuff?” I asked.
“Sure. ‘Dude stuff’ sounds hella suspect, btw,” he replied.
“Yep. It totally is. Wait, what do you think I mean?”
“Arm wrestling. Baywatch. Farts.”
“O.K. Just making sure ‘gender reassignment’ and ‘Ashley Madison’ aren’t on your list.”
“I mean, they could be. It’s a long list.”

Fair enough. I headed to Chive Nation to get the scoop. We started with D&D.

According to Nikki, being the Dungeon Master is ideal, rolling the die is super important, and it’s most fun played in person with a group of friends. Bonus points if there’s a basement involved.

It sounded fun, so we threw around the idea of starting a game at theCHIVE, and then I decided that was enough dude talk for one day and went back to my desk to ask Chris some follow-up questions. 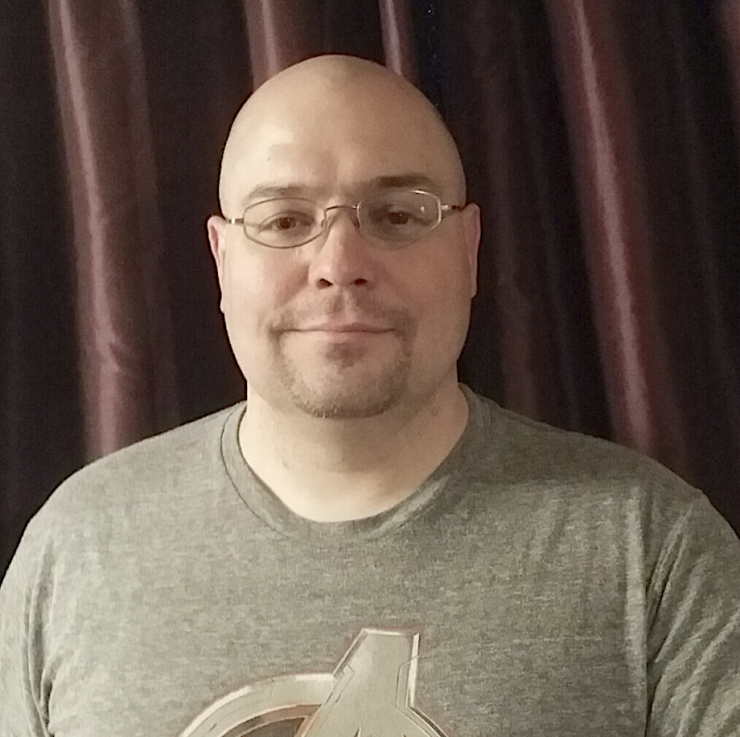 Chris told me he’s played almost every type of character/race/alignment over the years, but usually, he’s a Dungeon Master. Well, he was before his whole world was turned upside down in 2015.

“I started coughing January 3rd. It turned into bronchitis, then pneumonia, then back to bronchitis. I was sick for the whole month,” Chris sighed. “After a few weeks, I was mostly better, but the cough persisted, and the chest pain just never went away.” 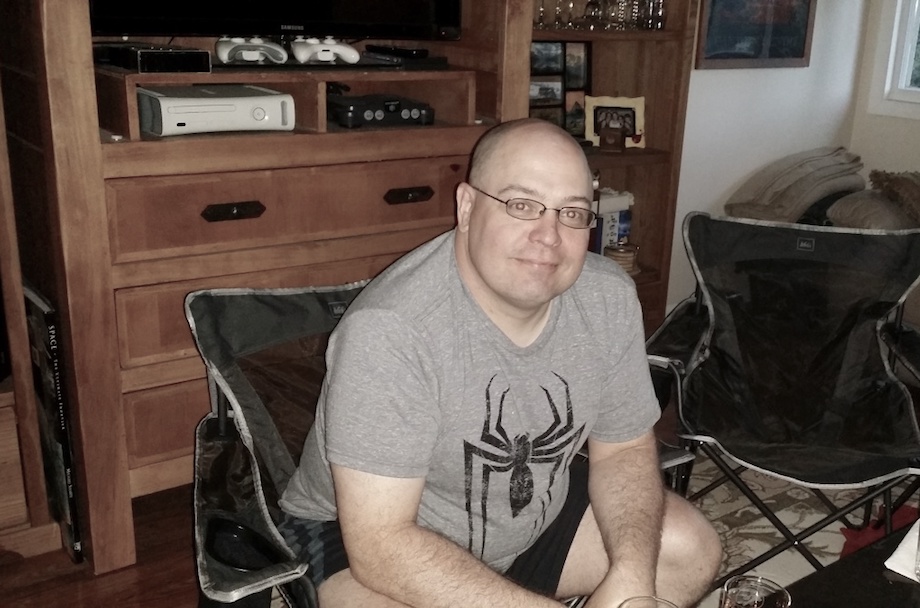 By June, Chris’ entire body hurt, and his GP suspected fibromyalgia might be the cause. Fibromyalgia is a painful muscular condition completely invisible to the eye, and so far, the only way to diagnose it is to run tests and rule out other diseases. Chris worked his way through just about every specialist in the book before he was officially diagnosed in August 2015. 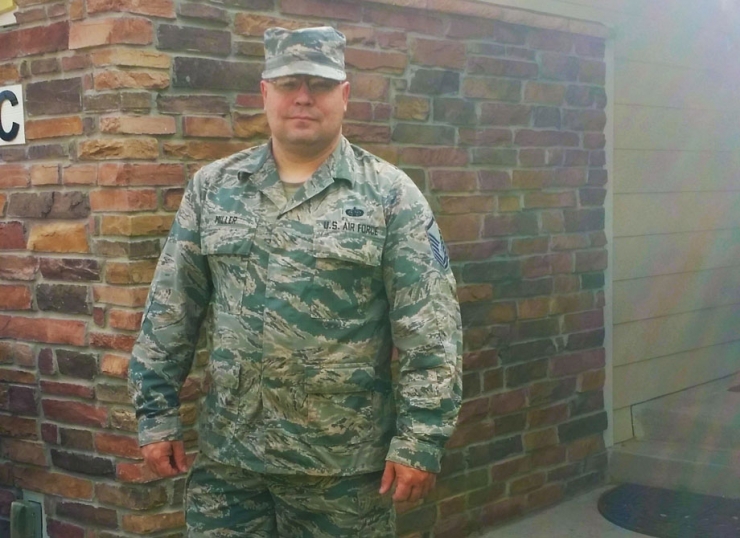 Allow me to back up a step. Chris was still active duty in the Air Force when he got sick, and he was very, very close to hitting the all-important 20-year mark. His plan had always been to serve until his daughter graduated high school and his wife completed her degree, then retire and let their dreams guide the future. But when he was diagnosed with fibromyalgia, his doctors were forced to send him to a medical review board. With less than a year left in the Air Force, Chris feared his plan was slipping away.

Social anxiety had always been a minor issue for Chris, but the added stress made it so much worse. “My pain fed my depression, my depression fed into my heightened anxiety, and my anxiety always seemed to make the pain worse.” Depression started creeping in, and by the time the medical review was complete in February, he was in a very dark place.

The board ruled Chris would be medically retired, six months shy of 20 years of service. 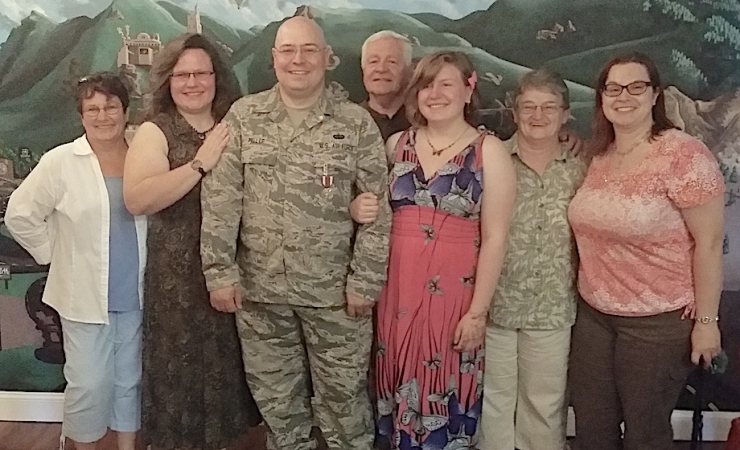 Unwilling to give up his dream, Chris appealed the decision and made it past the 20-year mark by just six weeks. He retired from the Air Force on schedule, found a job he really liked, bought a house, and tried to settle into civilian life. 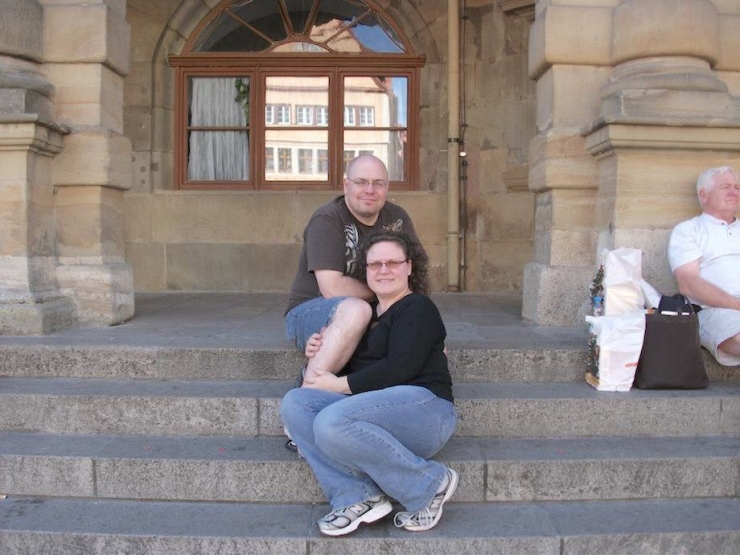 On the outside, it looked like everything was going well. Medication was making his fibromyalgia more bearable, he was enjoying more time with his family, he really liked his new coworkers.

But you know what they say…

There's more than meets the eye. 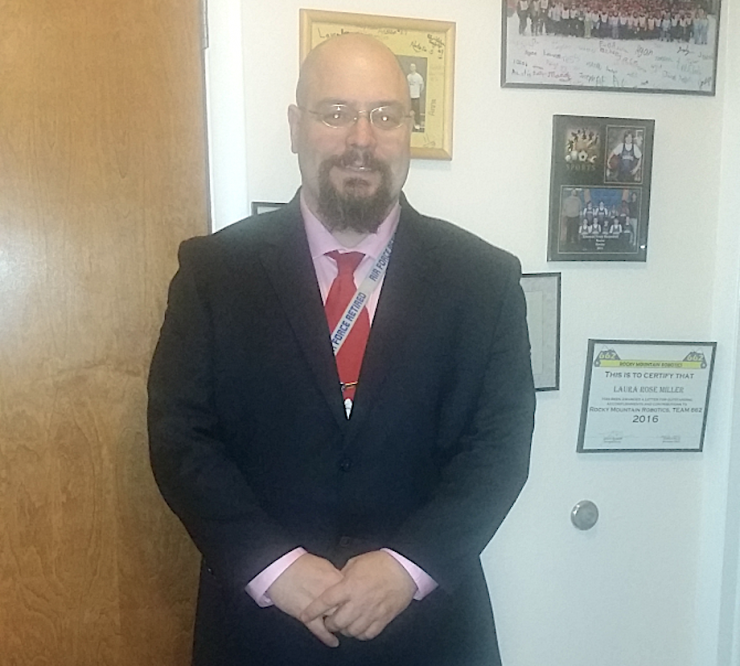 At work, Chris was funny, outgoing, and friendly. 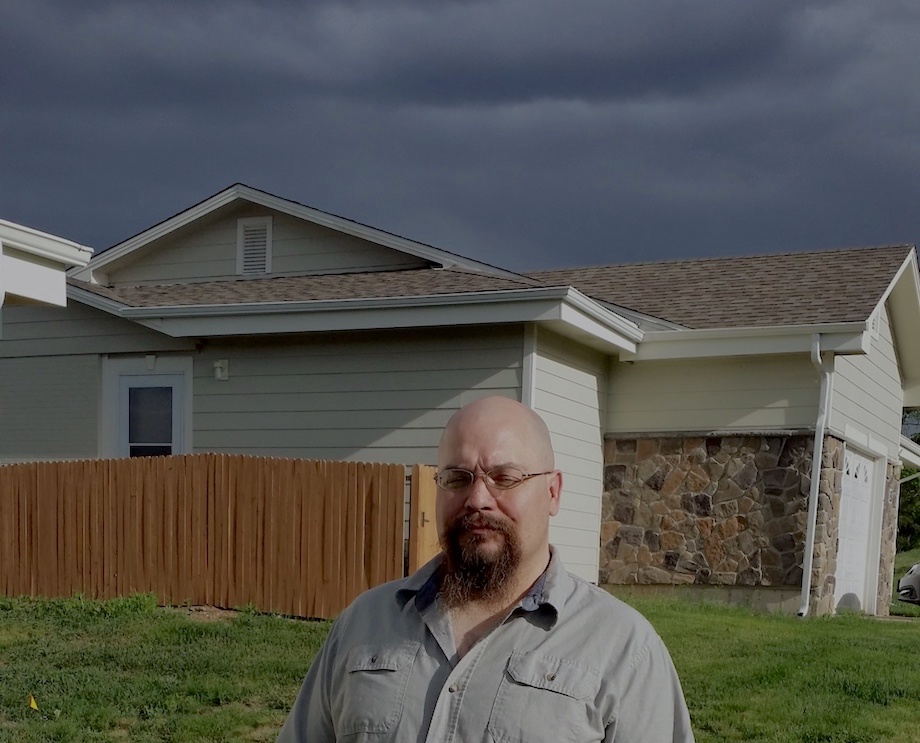 But inside, he admits, he was miserable. Friendships ended, gaming stopped, darkness loomed. Something had to change before he lost it all. 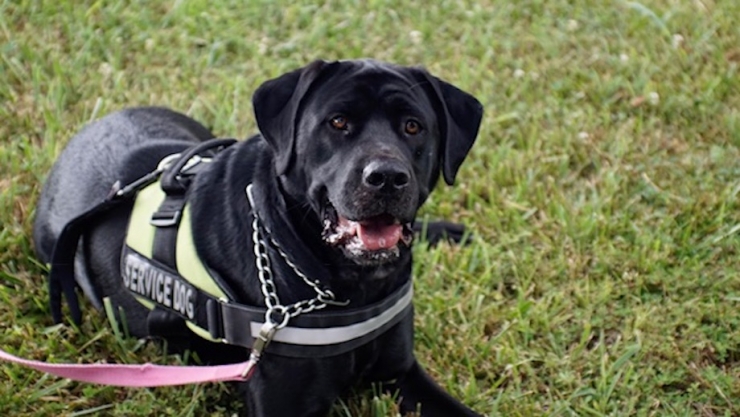 I’m no medical professional, but is there any ailment a good dog can’t cure? I think not.

Chris’ doctors must believe in canine healing powers, too, because they suggested he look into getting a service dog trained to ease his anxiety and depression, and help him re-engage with the outside world. After researching multiple trainers, Chris applied to Mountain High Service Dogs. Their fee was $10,000, and together with his family, Chris raised almost half that amount. He would need help to fund the rest. 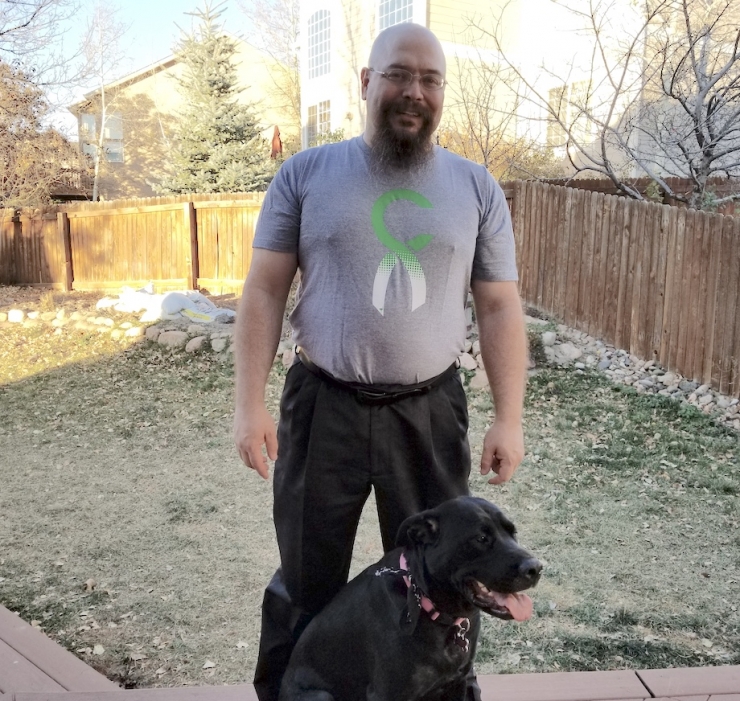 Chive Charities believes mental health is every bit as important as physical health, so of course we were on board to grant the remaining $5,300 Chris needed to get his service dog. We were thrilled when things fell into place much faster than they usually do, and Chris was able to take Alta home less than three months after submitting his application. It was meant to be. 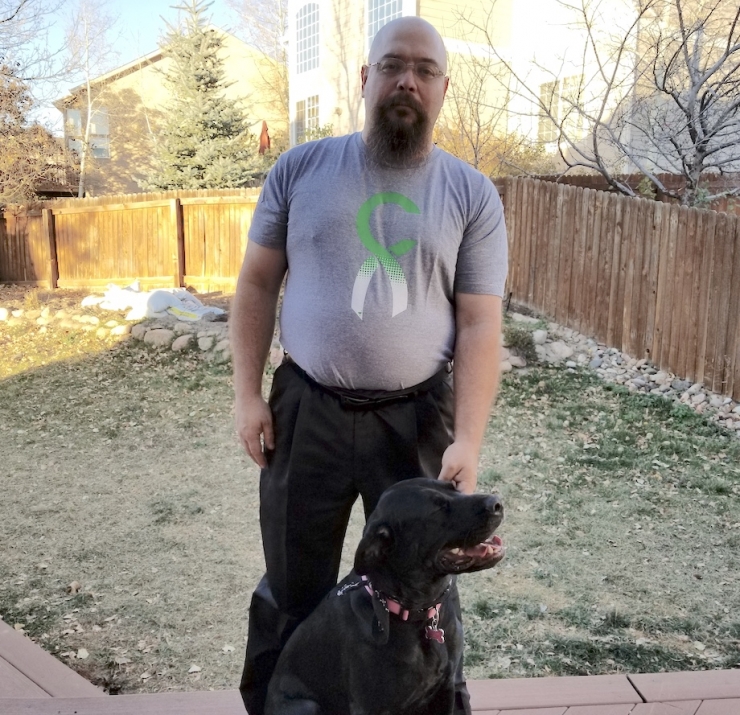 I mean, look at that face.

Alta is trained to sense Chris’ anxiety, and to offer comfort and support when he needs it. She gives him a reason to get out of the house more, and makes engaging in social situations easier. Hopefully he’ll be back as Dungeon Master ASAP.

Training is ongoing, but the folks at Mountain High are right by Chris’ side, working to get Alta used to the office, different public spaces, and the many humans and animals she’ll encounter every day. It’s been challenging, Chris said, but “nothing great comes without bumps at the beginning.” Agreed.

You can make the next great story of friendship possible by becoming a monthly Green Ribbon donor. Click HERE to help us make the world 10% happier. 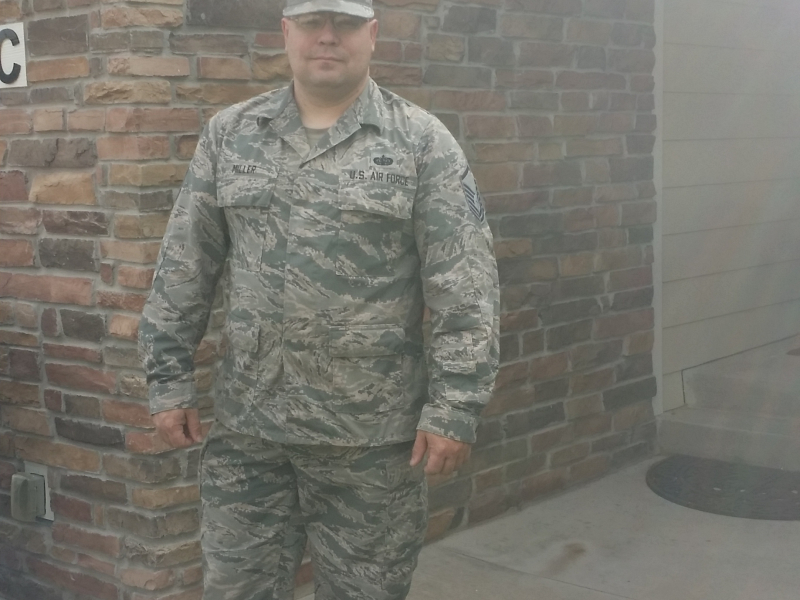 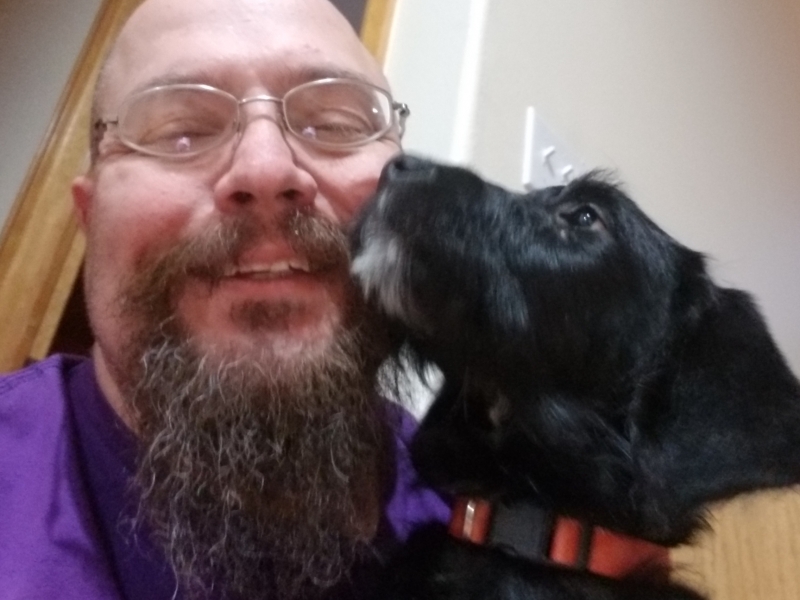