A tablet and home mobility items

Never underestimate a determined mother - or her kid 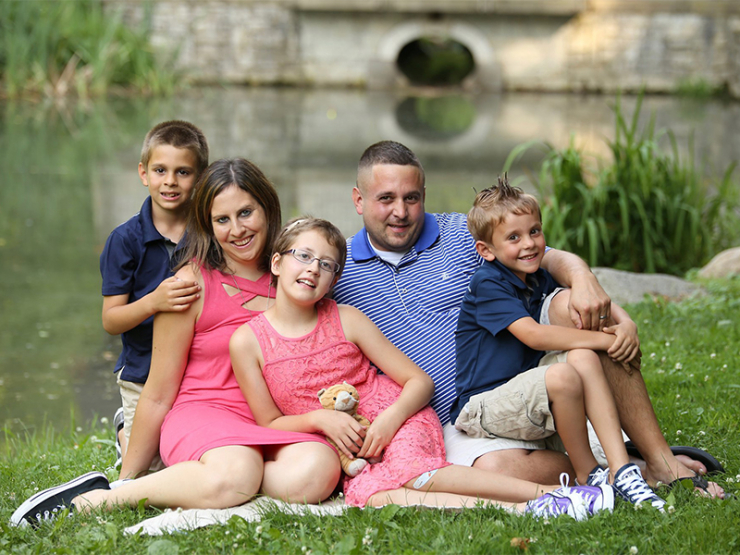 Gracyn was one of those kids who checked off all the boxes in life. Even as a fourth grader, her parents made sure she was on a path to success. Gracyn was a straight-A student, a member of the student council, a valuable player on the softball team, and a cheerleader who exuded spirit. 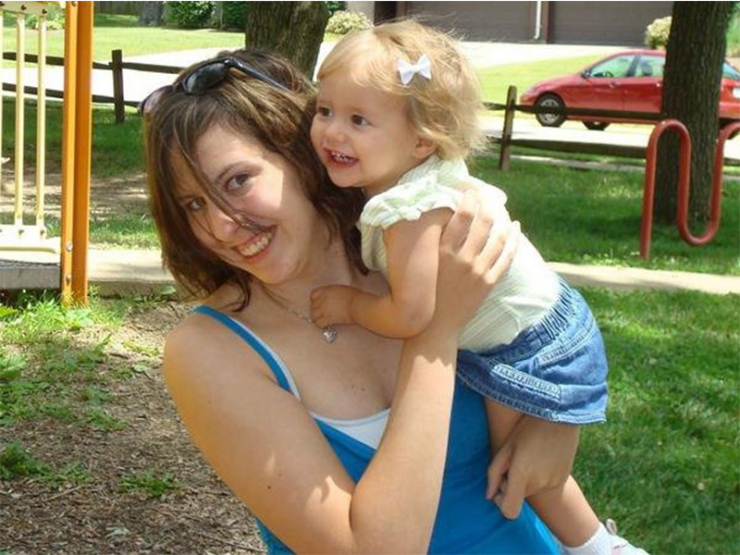 But one day when Gracyn woke up, she wasn’t herself anymore. It didn’t happen overnight, but when Gracyn’s mom, Cara, looked at her daughter that morning, she realized her daughter wasn’t looking back at her. Cara’s motherly instinct told her something was very wrong, and brought her attention back to some of the behavioral changes Gracie had displayed in the past couple months, like suddenly becoming forgetful, her handwriting becoming illegible, and struggling with her homework.

The look in Gracie’s eyes that morning brought Cara a tinge of panic, which she repressed, until that evening when Gracyn had her first seizure. Even more unexpected than the seizure itself was what Gracyn said when she regained consciousness: she was terrified that people were trying to eat her. An inconclusive EEG and a semi-conclusive MRI later, Gracyn’s family learned that part of her brain was receiving excessive blood flow, which was causing her to hallucinate. 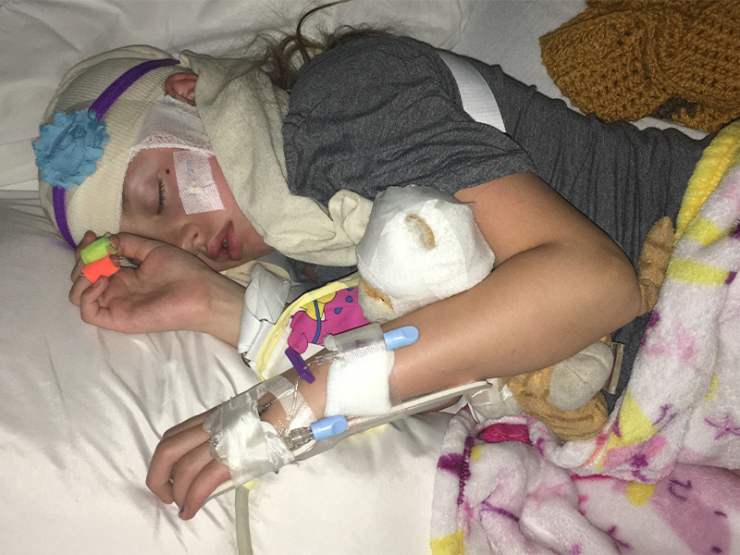 But that was the extent of the doctors’ understanding of what was going on with little Gracie. No one could figure out why so much blood was rushing to her brain. They did notice, however, that she had strep throat. Gracyn had strep earlier that year, along with pneumonia, so this wasn’t exactly shocking. They treated her with antibiotics and sent Gracyn home. As she was being discharged, though, one doctor suggested Gracyn’s parents take her to a specialist to be tested for an obscure condition called PANDAS (Pediatric Autoimmune Neurodegenerative Disease Associated with Strep). But other doctors chimed in, telling Gracyn’s parents that, after much research, their hospital had concluded that this “wasn’t a real diagnosis,” and they were sent home with no answers and a very sick child.

While the strep had healed, Gracyn’s other medical issues became worse. She had another seizure, more hallucinations, and more behavioral changes. She became so claustrophobic that she would try to jump out of moving cars, and she even became fearful of her parents, as her hallucinations told her that they wanted to hurt her. Suddenly, Gracyn had become a whole different person, and her parents had absolutely no direction to turn for help. 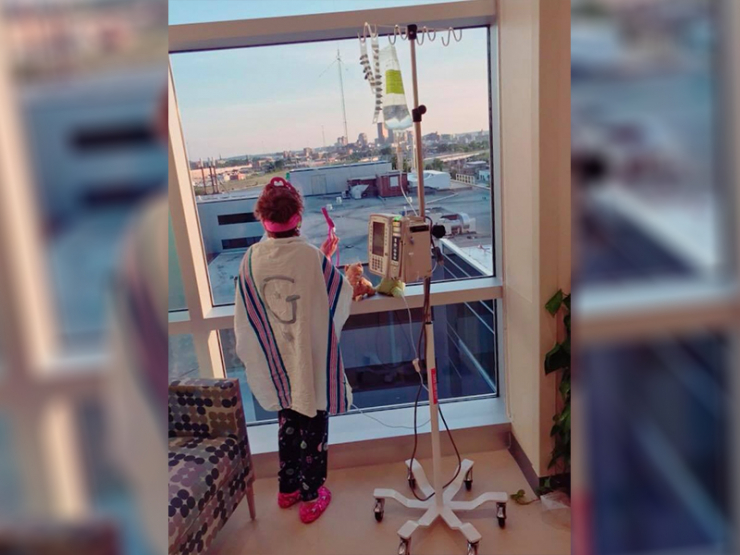 Some doctors said it could be schizophrenia, others said she was too young for that to be the case. Some said her behavioral changes were her body’s response to trauma. “What trauma?” her parents asked themselves, reflecting on her not-so-recent past of cheerleading practice and straight-A’s. It just didn’t make sense. 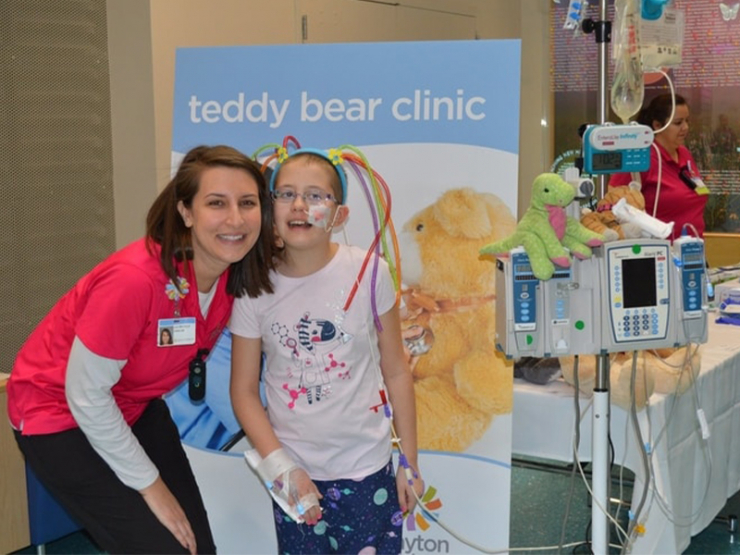 Gracyn’s mom was determined to fight for her daughter. She pored over medical journals and begged friends who were in school to access and share published articles from medical journals with her. She emailed every doctor who’d ever published an article on PANDAS and hunted down parents of children who had been diagnosed. She learned everything there is to know about PANDAS and yet, when Gracyn was taken to the hospital because she was sleeping 20 hours a day and hallucinating whenever she was awake, or choking on her own spit, or seizing, doctors couldn't decide on a treatment plan because “PANDAS isn’t real”. 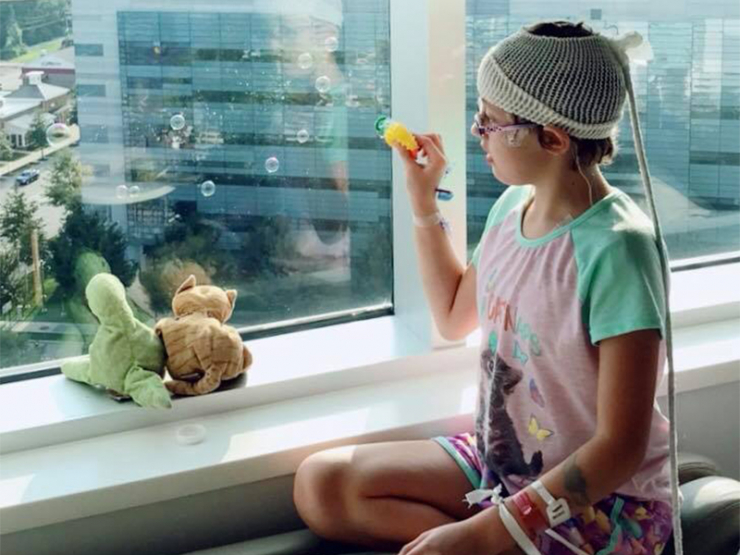 But Gracyn’s pain was real. After months and months of fighting for a diagnosis, it was finally determined that Gracyn’s strep throat had indeed turned into PANDAS, which then turned into Autoimmune Encephalitis, a group of conditions that occur when the body's immune system mistakenly attacks healthy brain cells. Additionally, Gracie has 22 secondary diagnoses including: an acquired brain injury, apraxia, aphasia, alopecia, seizures, muscle contractures and paratonia.

Along with a diagnosis came treatment. Gracyn was given a PICC line and a port to receive Intravenous immunoglobulin (IVIG) and chemotherapy treatments. 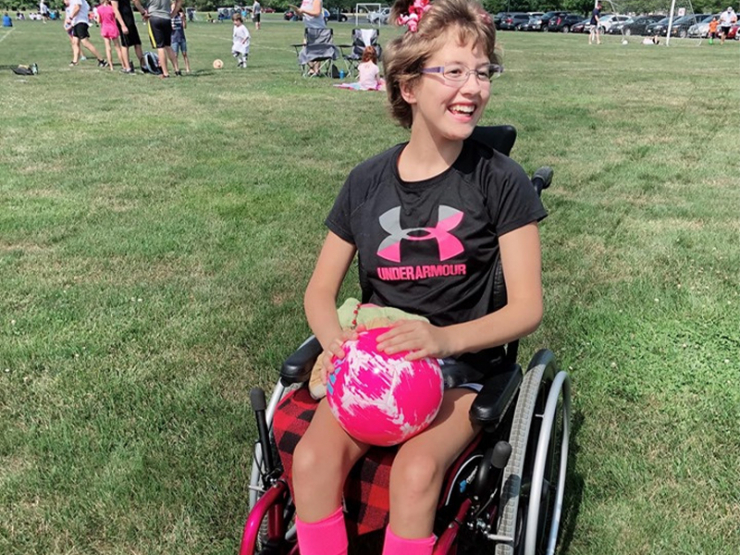 Gracyn, much like her mother, is a fighter. Her body and mind have been through unthinkable struggles, and her life will never be the same. 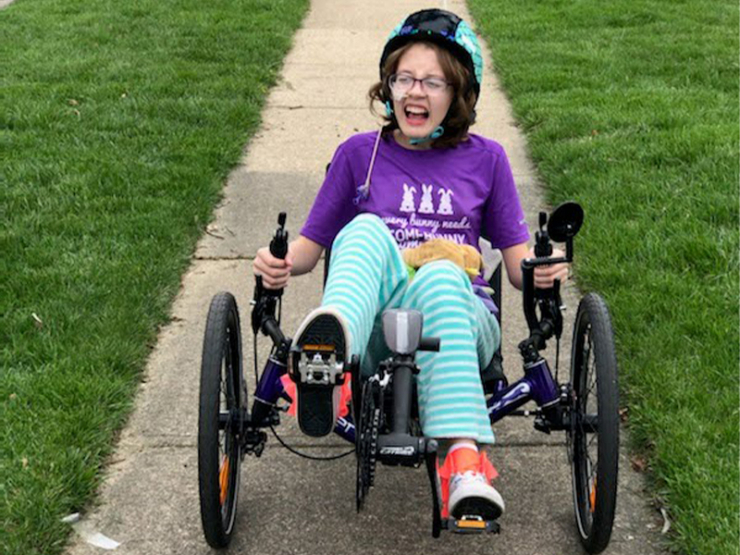 Slowly but surely, Gracyn is recovering. She spends more days out of the hospital than in it, and has traded cheerleading for therapeutic horseback riding, and still plays softball, though she does it while using her wheelchair. She even has a new best friend, her service dog, Auggie Wonder. 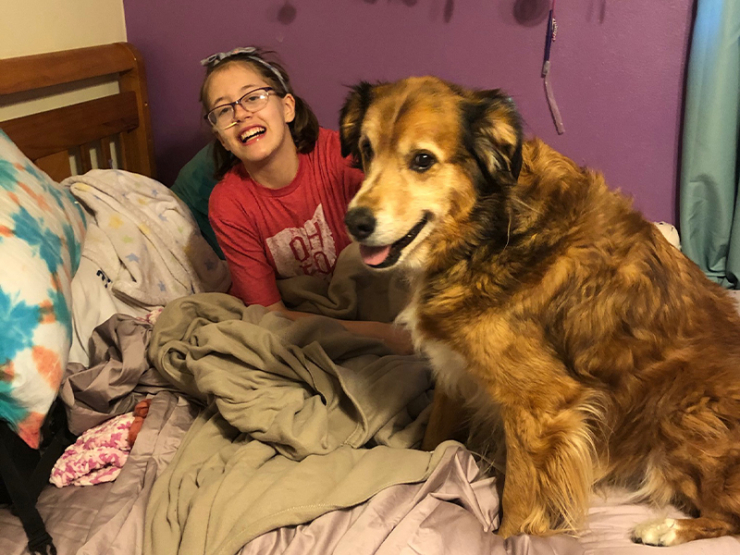 The thing Gracyn’s mother feared the most when these struggles began was that Gracyn would lose all the wonderful characteristics that made her her. Thanks to this family’s tenacity, though, Gracyn is able to still be the kind, caring, and empathetic girl she always was. 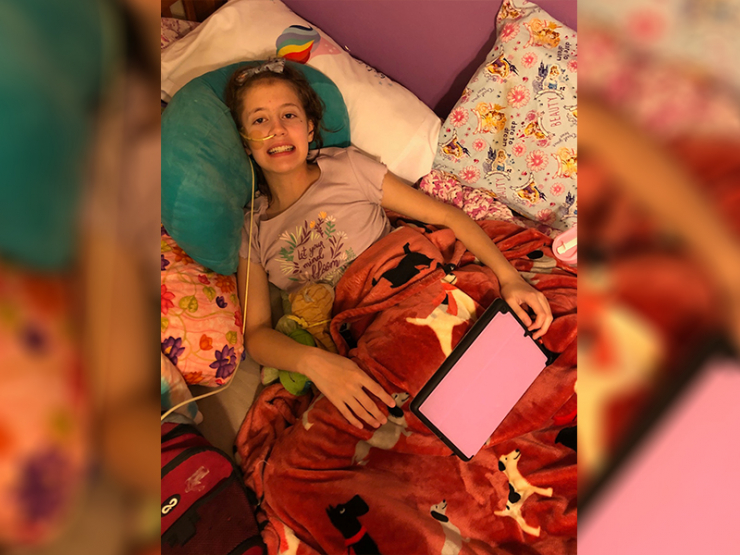 If there’s one thing we love to do at Chive Charities, it’s improve the quality of life for our recipients -- and our partner, STRATACACHE -- is passionate about doing the same. Through Chive Charities’ Green Ribbon Fund, they’ve generously funded the $13,400 grant to outfit Gracyn’s home with a stairlift, an adjustable mattress, accessible shower modifications, and a TouchChat Express 10 to help Gracyn communicate on days when she has trouble speaking. 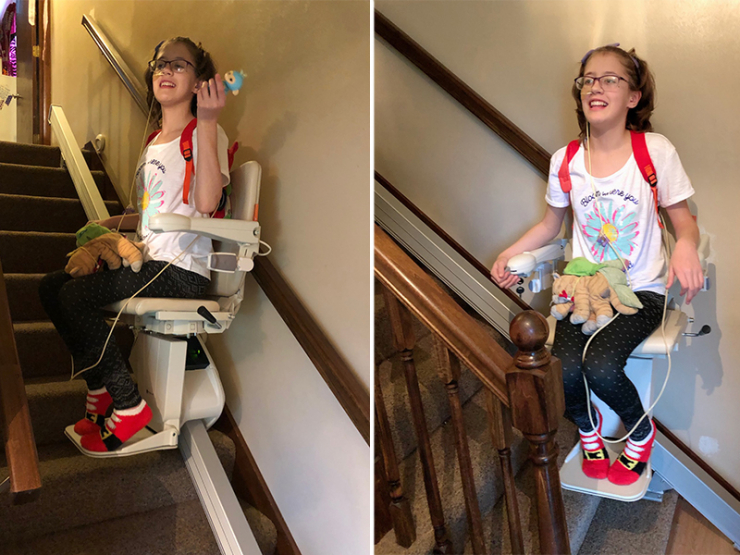 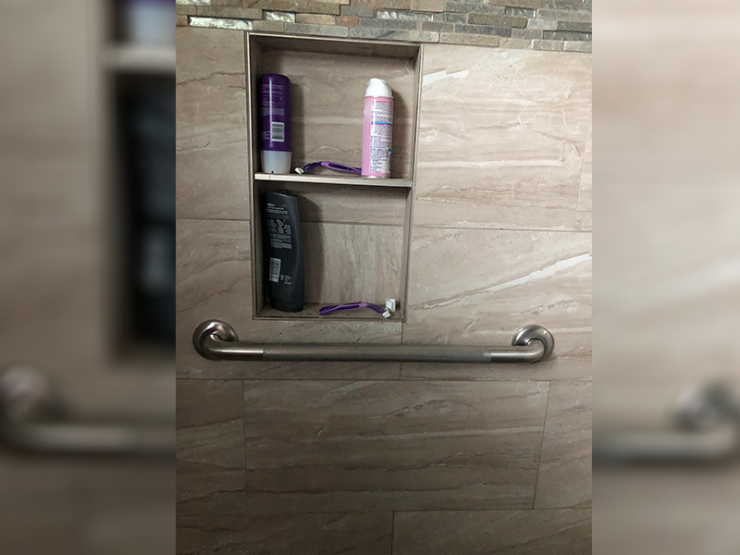 "Gracie and her family have come together to face challenges head on with positivity and determination,” said Chris Riegel, CEO of STRATACACHE. “Now more than ever, it’s important for strong businesses to support our communities however possible, and STRATACACHE is proud to provide this support to such a deserving family right in our backyard.” 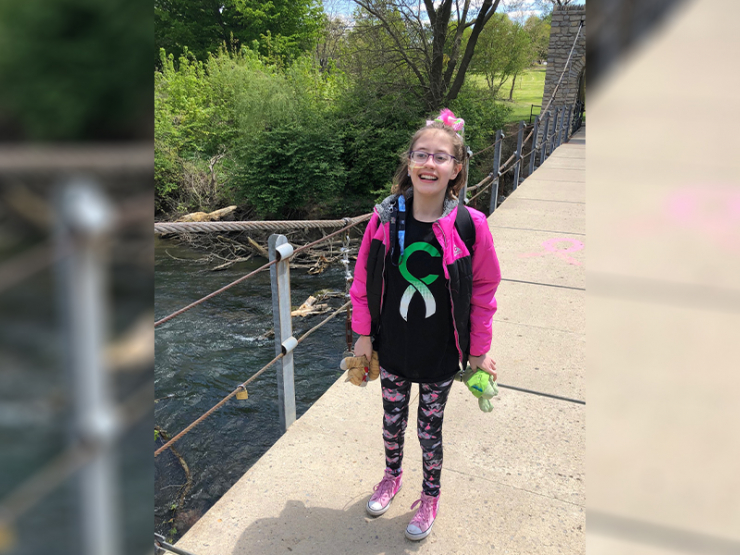 Amazing people like Gracyn teach us that life doesn’t play by our rules. Gracyn’s unique journey has been extra challenging because her diagnosis doesn’t fit into a box, and there isn’t much of a roadmap for kids like her. These are the kinds of recipients we help every single week here at Chive Charities, and the ones we will continue to help with your monthly donations. But remember, we can’t do it without you. Today is the day to turn dreams into reality for fighters who need it most. Today is the day to become a donor. Get started right HERE!