Forging her own path with muscular dystrophy

When you work hard to accomplish something, I mean really, really hard, there’s nothing worse than watching it slip away.

All those hours, days, years of effort, gone like sand through your fingers. It's rough. And it’s easy to get mad. But there are only so many things you can really control in life, so why not shake things up and create something brand new? 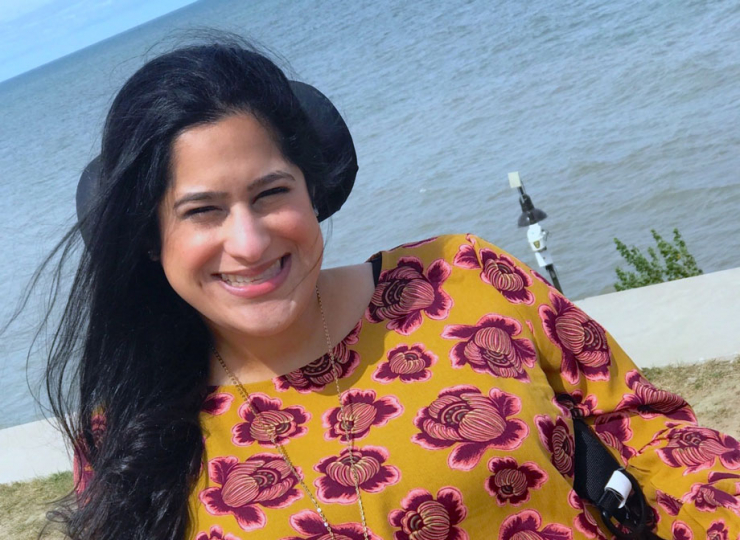 Last week I met a graphic designer named Samah and instantly fell in love with her portfolio. I’m kind of obsessed with branding and sometimes wish I had chosen design as my major, but it’s a little late for that now, and giving theCHIVE design team my unsolicited opinion on t-shirts and koozies is about as close as I’ll get. 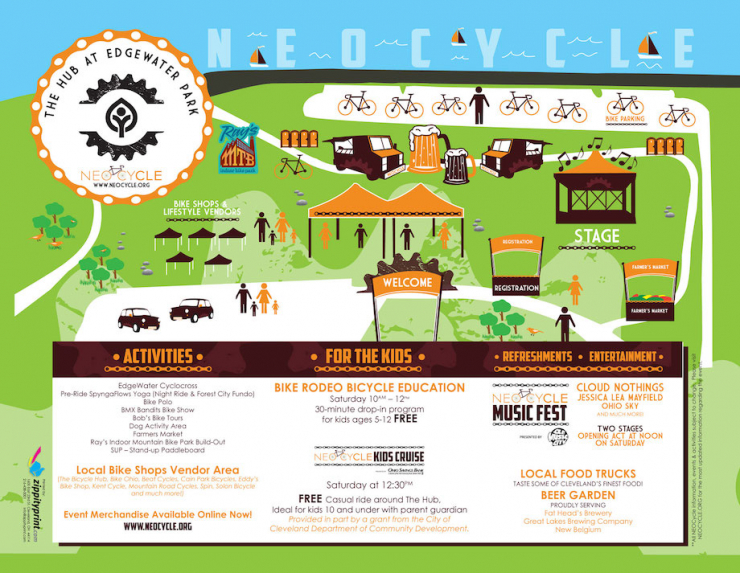 This is one of my favorite Samah creations, and it turns out, it’s her favorite, too. I asked her why she’s so partial to this project, and she told me it was one that really allowed her the freedom to flex her creativity.

“They were open to fresh concepts, they made me feel like part of their team, and they gave me the opportunity to carry the design into lots of different materials,” she said. I could tell she was really proud of it, and rightfully so, because accomplishing all those things is something Samah wasn’t sure she would ever do. 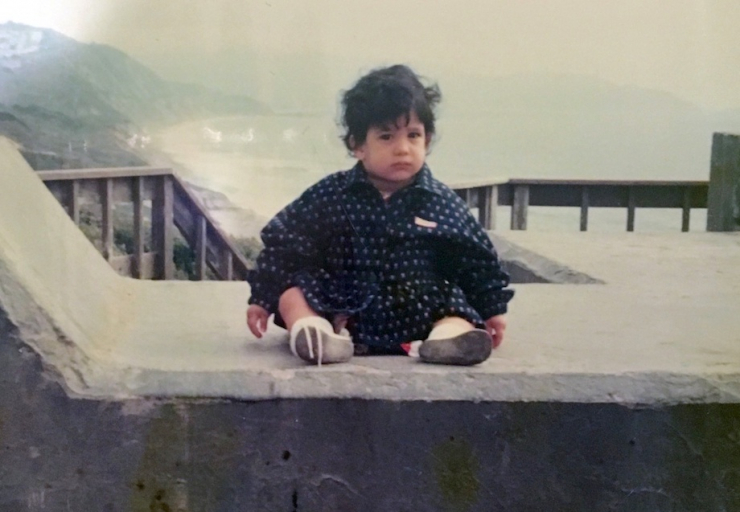 The first years of her life were pretty typical. 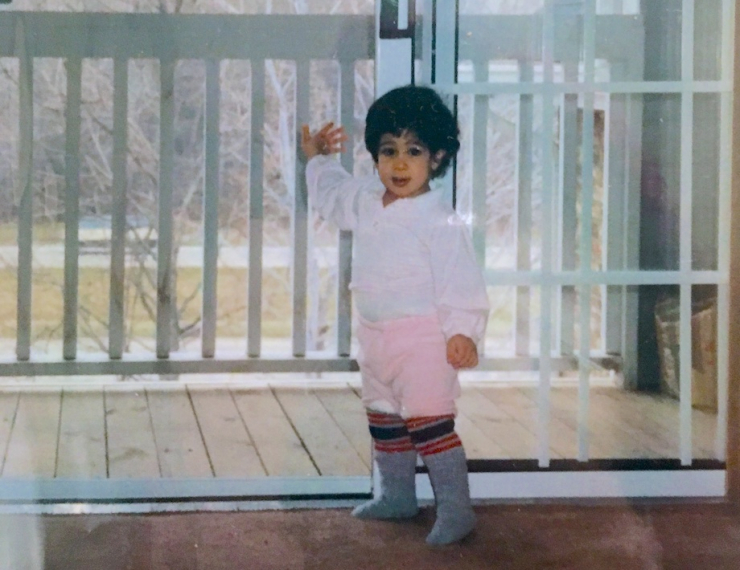 She learned to walk and talk, read and write, hit all the big milestones right on time. Her parents did notice she walked on her toes instead of putting her heel down first, but everything else about their little girl was A-O.K. So when Samah was diagnosed with limb girdle muscular dystrophy (MD) at eight years old, it was pretty unexpected.

It started slow, like MD often does – climbing stairs was a little harder, lifting certain objects was a little more difficult, but it wasn’t life-changing.

“As a child, I noticed I was slower than other kids, and I would get tired pretty quickly. In the back of my mind, I knew I was different than my classmates,” Samah remembers. She focused hard on doing well in school, determined not to let her diagnosis interfere with her daily life, but as Samah entered those difficult teenage years, she began to realize MD was taking its toll. 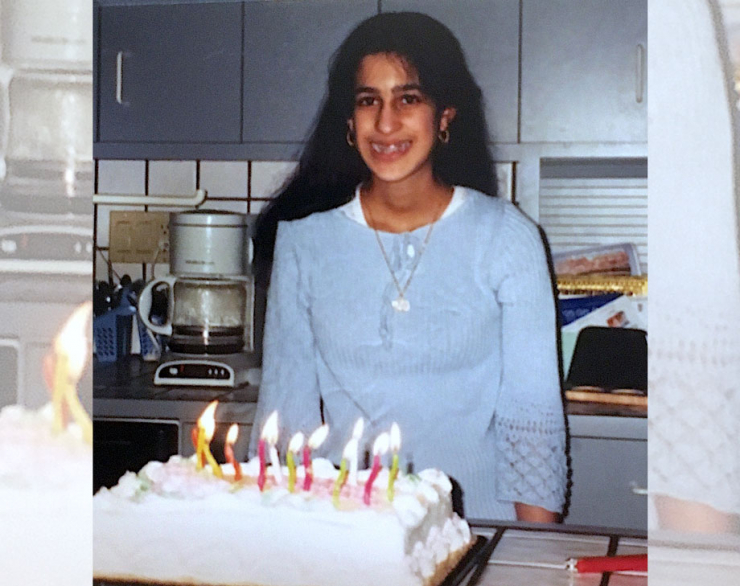 High school is hard for everyone; there’s a reason no one would ever go back no matter how much you paid them. So imagine dealing with the normal trials and tribulations of being a teenager, but sometimes you trip and stumble over the tiniest object in the hall. Or you miss a stair and wipe out in front of (what feels like) the whole school. Samah didn’t want MD to rule her life, but MD isn’t known for following the rules – she would have to find ways to fight back and keep her independence. 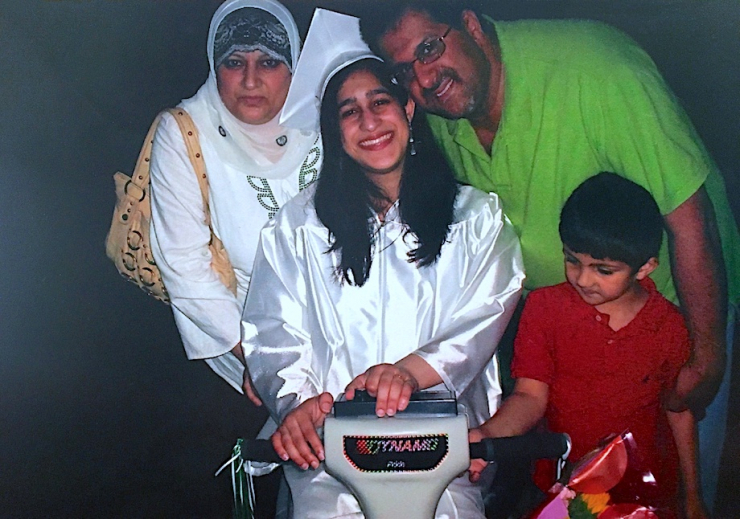 With the help of a motorized scooter and the support of her family and friends, Samah graduated high school. 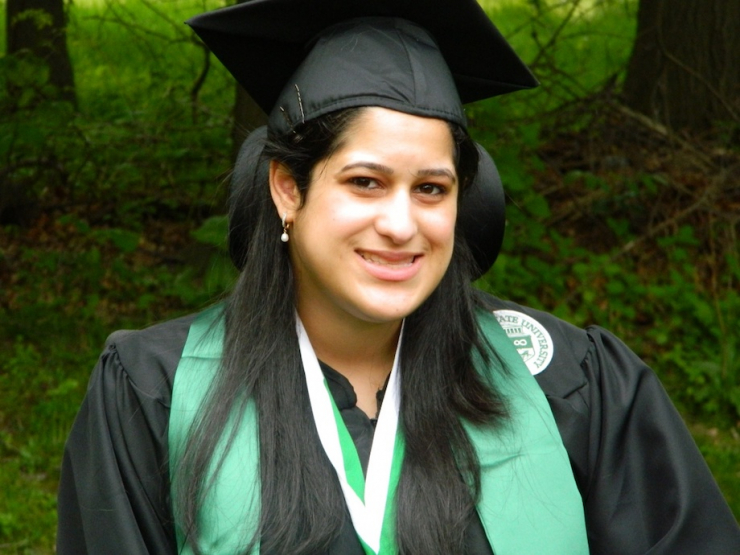 She went on to college where she studied graphic design, and with each passing year, MD made Samah weaker and weaker. By the end of her sophomore year, she was using a power wheelchair full time, determined not to let her condition derail her future plans; she had worked too hard to give up her dreams.

“I completed my college education by staying positive and keeping my strength up no matter what life throws at me,” she said. It was that determination that allowed Samah to graduate with her bachelor of arts in 2012, and begin her career as a graphic designer. 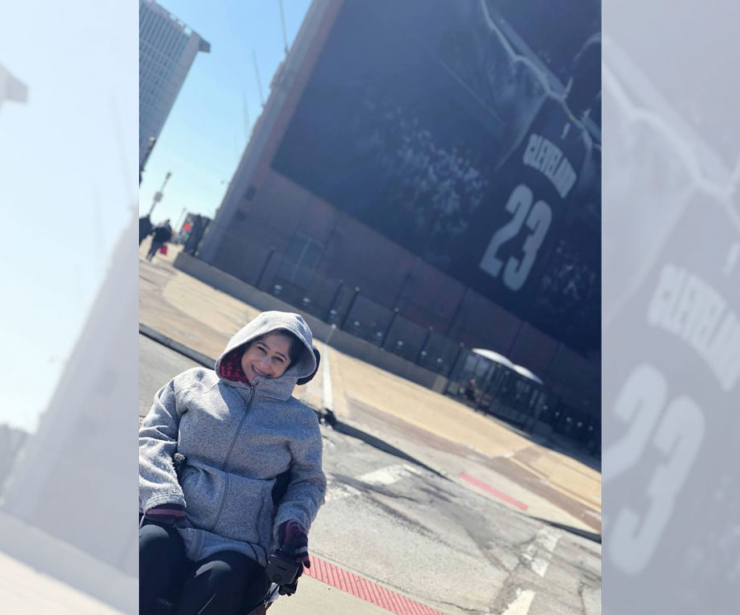 It also motivated her to work even harder to preserve her independence. She spent two years learning to drive and working with technicians to modify her vehicle, and now Samah is a licensed driver. She lives on her own with minimal assistance, and continues to work in graphic design. She’s doing everything in her power to keep MD from taking all that away, but it continues to progress, and now she needs our help. 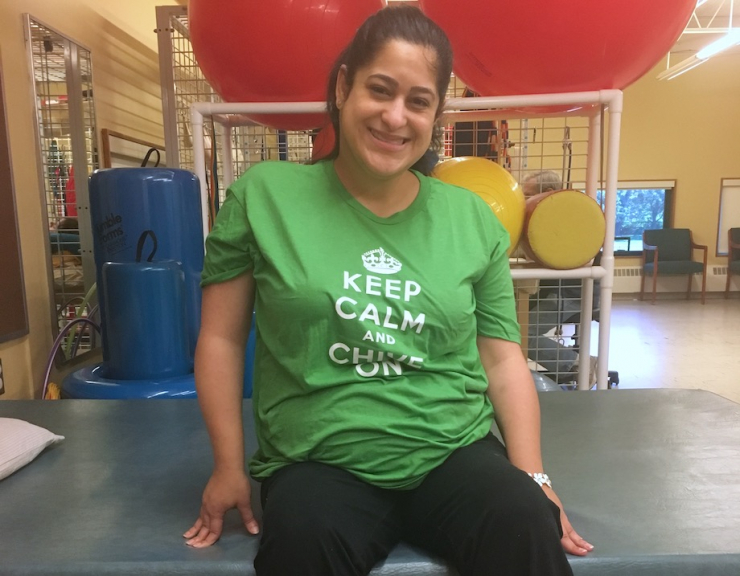 Samah’s two biggest challenges are getting out of her wheelchair on her own and maneuvering her chair in places that don’t have an accessible ramp, so Chive Charities harnessed the power of our amazing Green Fund monthly donors to lend a hand. With an $11,000 grant, we gave Samah a standing/raising lift for her apartment and a portable wheelchair ramp she can fold up and take with her wherever she goes. We hope they take away some of the stress MD puts on her body and her mind, and preserves the independence she works so hard to maintain.

Chive Charities is honored to help Samah on her journey, and all the underdogs who turn to us in their time of need. You can join our small but mighty team of monthly donors making the world 10% happier by clicking RIGHT HERE. 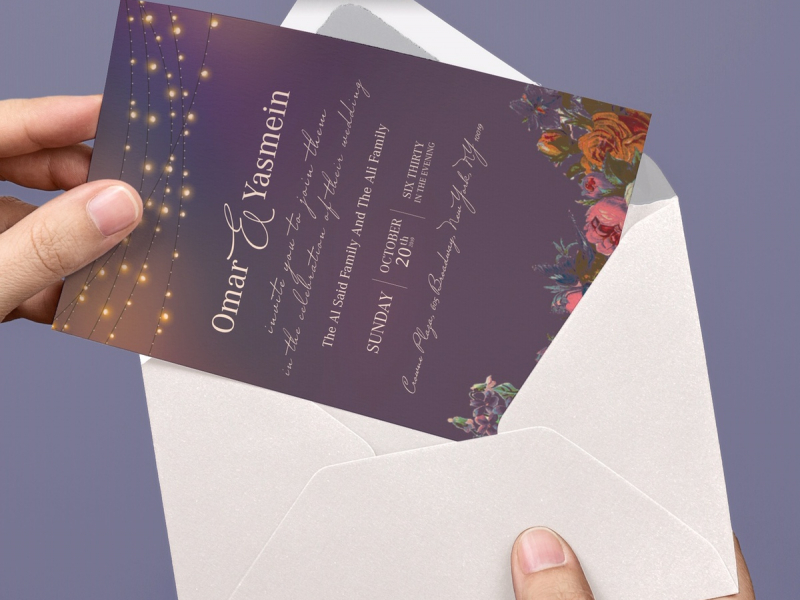