Jaiden's rare disorder is turning his skin to stone

Jaiden’s rare disorder is turning his skin to stone

The two children excelled. Their daughter is working on her masters in psychology. Their son, a computer science major, will graduate in 2015 as a commissioned officer in the Air Force. With both children soaring off to make their own marks, the Rogers felt they had room for one more. In 2007 they took guardianship of a 2 year-old boy named Jaiden.

The Rogers entered Jaiden’s life not a moment too soon. After his birth mom signed over guardianship, Tim and Natalie were finally directed to remote residence in Georgia. When they walked in ‘the smell was overwhelming.’ They found a little boy with fetal alcohol syndrome, neglected and malnourished, huddled next to his filthy car seat eating dog food out of the dog dish.

Natalie told me that, for the first year they had Jaiden, he used to sneak into the Roger’s bedroom in the middle of the night and feel their faces to make sure they were still there, then go back to bed. What neither Jaiden nor his new family could have known then was the only thing more horrifying than the first chapter of Jaiden’s life would be the second chapter.

The trouble began innocently enough 3 years ago when Tim noticed a small lump on Jaiden’s right thigh just underneath his skin. He took Jaiden to a dermatologist who told them to keep an eye on it. Things were fine until early this year when the lump started getting bigger. Even more startling, the lump had started to spread…. fast.

Tim told me, “It was as if the skin on his right leg was only 1/8 of an inch thick with something very hard underneath, like stone. It felt like tapping on countertop.”

In a matter of weeks, the growth had wrapped around Jaiden’s right thigh and behind his knee. Once the hard calcifications invaded the joint, Jaiden began to lose mobility. The family rushed to Texas Tech for a biopsy.

When the results came back, even the doctors couldn’t believe what they were seeing. Jaiden was diagnosed with something called Stiff Skin Syndrome. Jaiden is the 41st documented case ever. Stiff Skin Syndrome is a connective tissue disorder characterized by hard, thick skin, which can spread over the entire body, causing immobility. Muscles become weak, short stature is common, and there is no known cure.

Jaiden’s doctors acknowledged that, of the known cases, they’d never seen such aggressive spread of the syndrome. In a month, it spread to Jaiden’s left leg, both hips, buttocks, and his arms. Spots have recently appeared near his spine. The once-hyperactive Jaiden is mostly confined to a wheelchair and no longer able to attend school with his friends.

Everyday the pain from the disorder grows worse. Jaiden is the first to point out new, hard spots of skin. Jaiden understands that he is sick as much as a 7 year old boy can, although he cannot fully grasp the intent of the sinister syndrome branching out just beneath his skin.

Over the last few months, the fight back has begun. Jaiden’s treatment started with rounds of chemotherapy to try to halt the spread of the calcifications. The chemo destroys both good and bad cells, leaving Jaiden weak and open to infection. He wears a medical mask to sleep to prevent bugs.

Jaiden has also started physical therapy. This is the most crucial component of his treatment. His muscles must be stretched to keep his joints limber. The stretching is immensely painful. Still, Jaiden smiles and jokes with his doctors. Jaiden submits to therapy 3 times/week. Ideally, he should be in therapy 6 times per week but the co-pays are too costly for the Rogers family.

Because there are so few recorded cases, nobody knows what the worst case scenario is here. As aggressive as Jaiden’s calcifications are spreading it’s likely the disorder will spread until Jaiden experiences total paralysis. Jaiden will become entombed inside himself.

We cannot allow this to happen.

Jaiden needs to ramp up his physical therapy to 6 times a week and there’s a more wholesale solution to this than driving him to PT. We can build Jaiden a heated, covered pool so his family can assist with his physical therapy on a daily basis, stretching Jaiden’s sore limbs in a heated, floating environment would put less stress on his body, easing his pain. This is no ordinary spa.

To accommodate Jaiden, the pool will need a wheelchair ramp, specialized heating systems, and a special enclosure to keep Jaiden warm during the harsh Colorado winters.

We’ve also been in touch with Dr. Hal Dietz at Johns Hopkins, a specialist in connective tissue disorders. He’s agreed to review Jaiden’s case pro bono. We need to provide travel and lodging for the family for the visit to a world-renowned researcher who may bring new answers to help figure out this rare disorder.

Lastly, the Rogers would like to make their entire home wheelchair accessible. When Jaiden is having a good day, he can sometimes walk on his own from one side of the living room to the other. But those days a fewer and fewer. Tim told me, “Often Jaiden’s poor knees will buckle and he falls.”

Jaiden is a survivor. The first two years of his life he endured hardships no child should suffer. The lasting effects of which are imprinted so deeply he would sneak into his new family’s bedroom just to make sure somebody was there. Today, we’re all there for Jaiden. 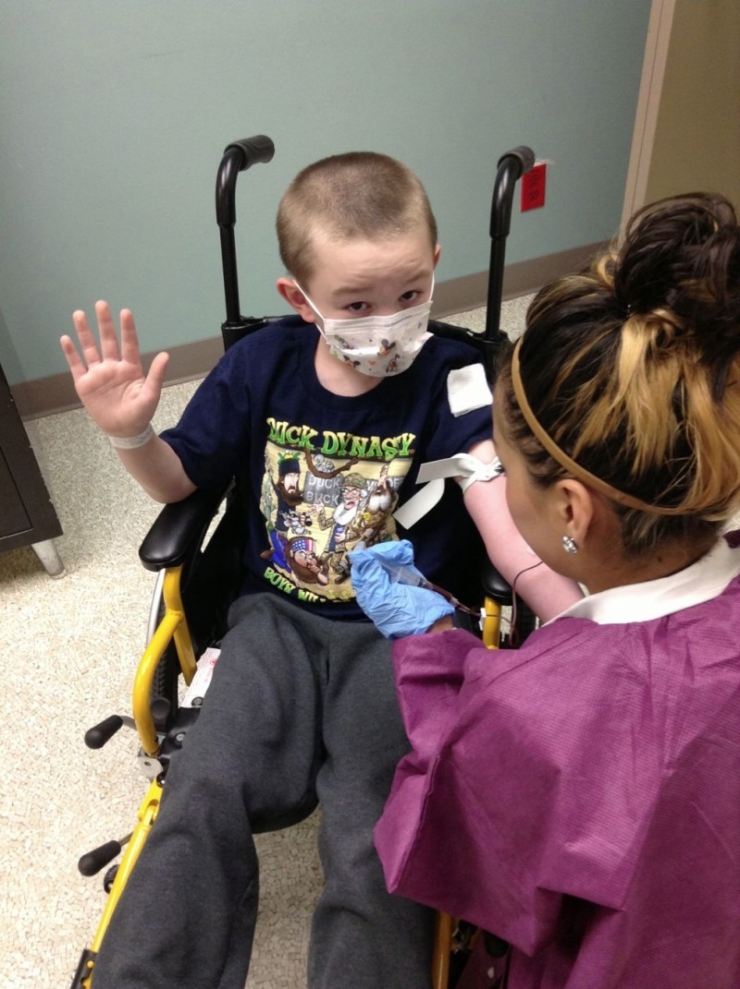 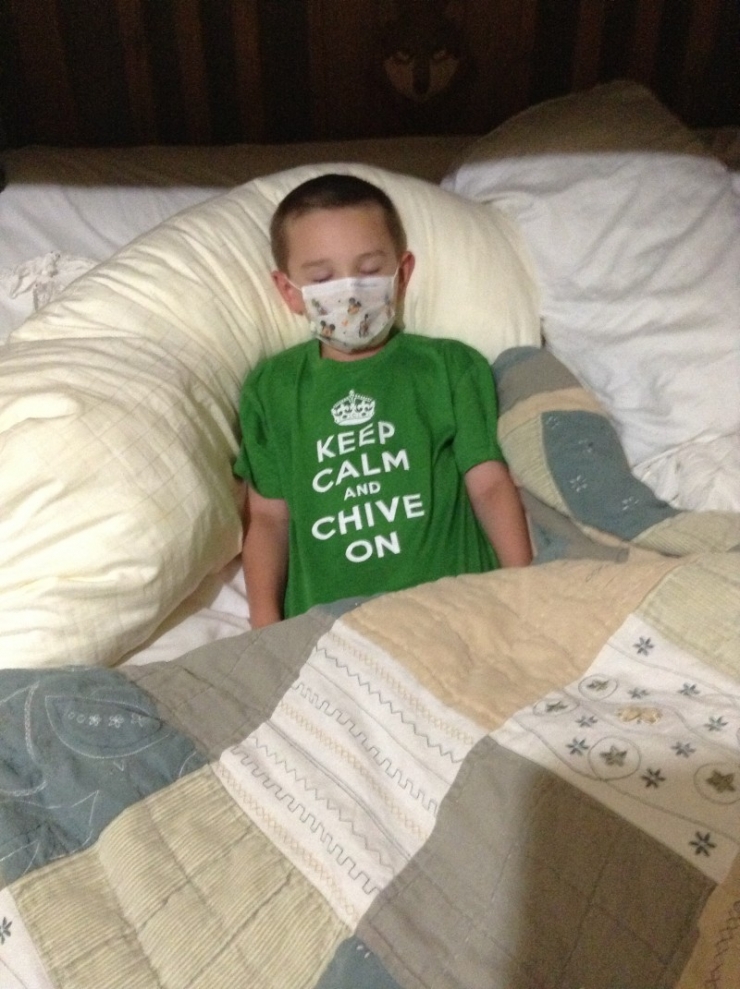 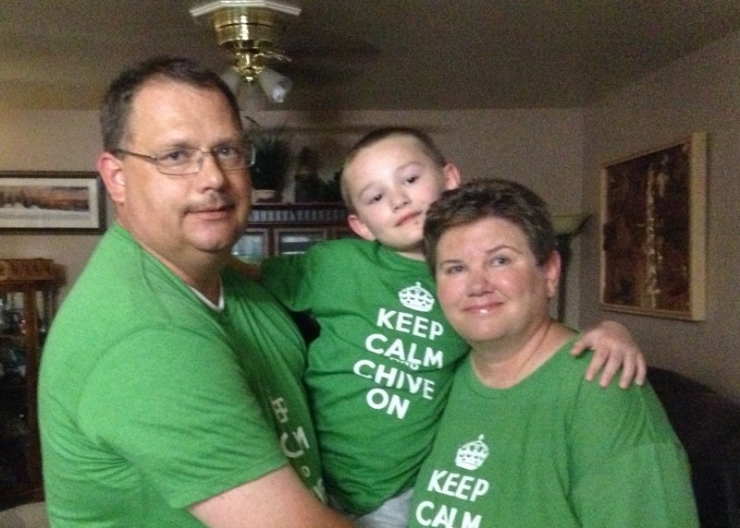 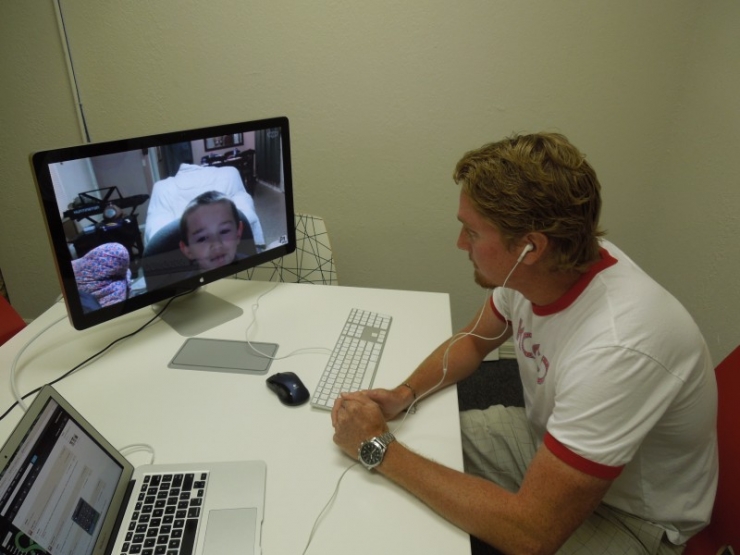 Jaiden’s mom read David Cosner’s story to Jaiden. Jaiden has become increasingly shy since the onset of his disorder, so his mom was little surprised when Jaiden asked to meet David. “I want to meet another sick person.”

David was more than happy to come to theCHIVE’s Austin office to Skype with Jaiden. The two hit it off immediately. Angie, our community manager told me: “Jaiden hung on David’s every word.” Thank you for your help, David. It’s inspiring to see other Chive Charities grantees paying it forward. 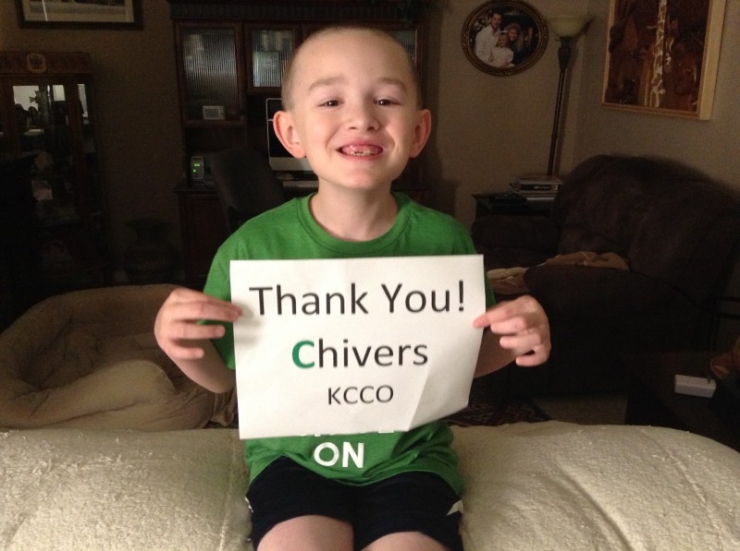 We have the power to slow the pace of this disorder. Jaiden is willing to accept his part in the fight. This brave little boy is willing step up his painful physical therapy sessions to six times a week, to have his stiff joints stretched despite the syndrome that assails every movement. Jaiden wants to fight for every inch of his mobility and we’re going to provide him with every tool he needs to win the fight.

“Never believe that a few caring people can’t change the world. For, indeed, that’s all who ever have.” 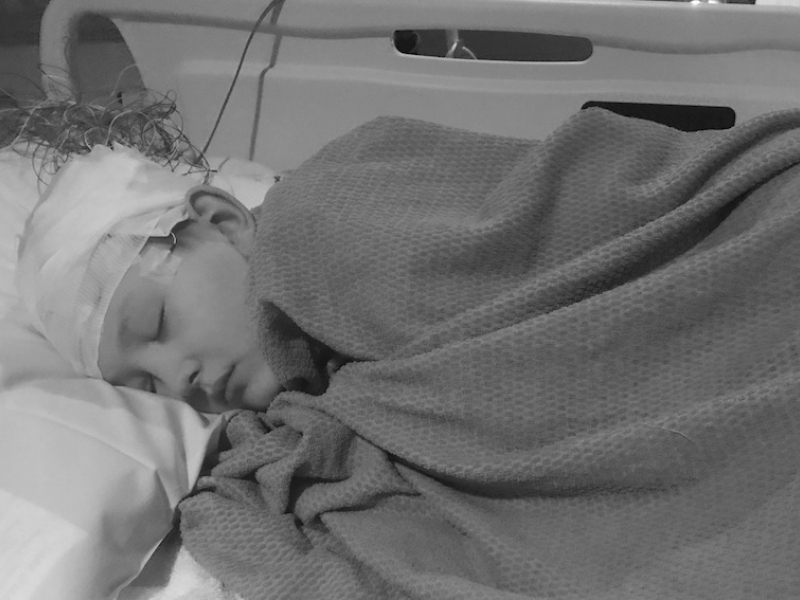 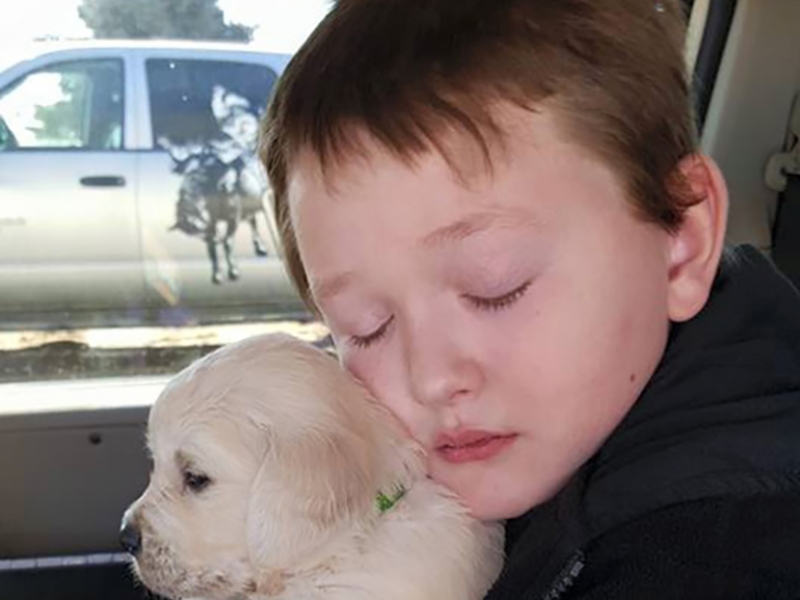 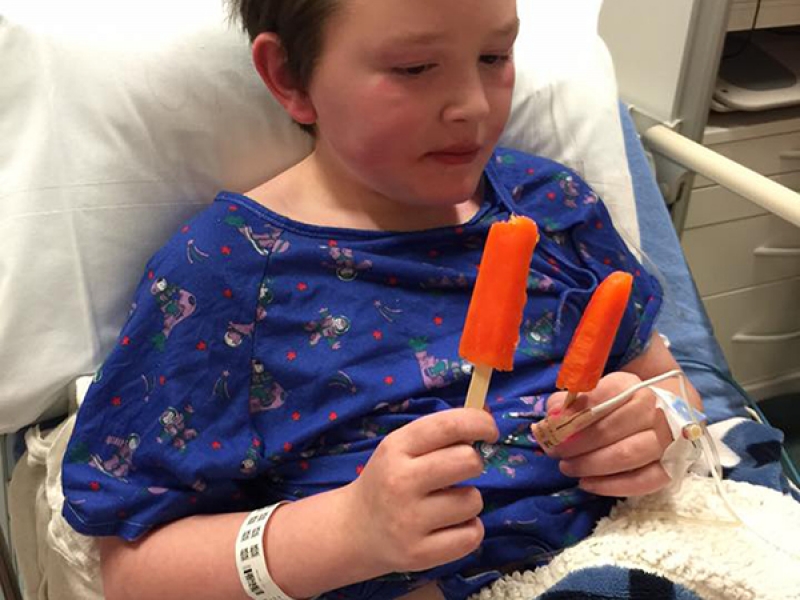