You can never do too much, but you can always do a little more

In the early 2000s, an Army Sergeant Major had an Explosive Ordnance Disposal (EOD) soldier who had just lost both legs in an explosion. He was receiving treatment at the Walter Reed National Military Medical Center and had no family at his bedside. Only it wasn’t because they didn’t want to be there - it was because they couldn’t afford to be. 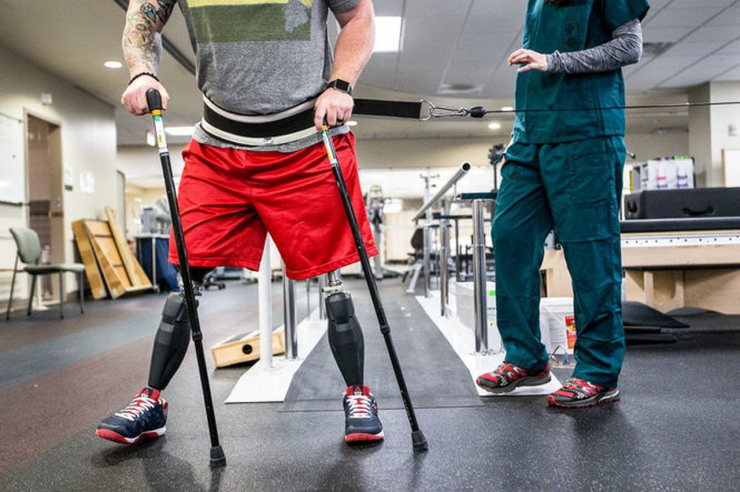 As he looked at the soldier whose entire life had just changed, he picked up his phone and made a call to Ken Falke. 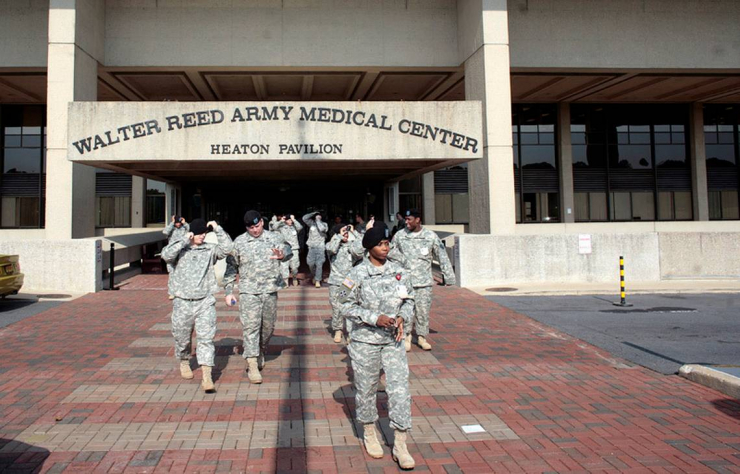 Ken is a 21-year combat veteran of the U.S. Navy EOD community and retired Master Chief Petty Officer. He has witnessed many lives changed, and halfway through his career, his own life changed when he was severely injured in a parachuting accident. (After healing, he went on to make over 1,000 parachute jumps and lead men and women on thousands of high-risk missions.)

During the wars in Iraq and Afghanistan, hundreds of warriors were injured and killed on the battlefields. Ken and his wife, Julia, visited many of the wounded EOD warriors and their families. Perhaps more than most, they were well aware of the fact that the government didn’t pay to fly families to military hospitals to visit injured service members. (That didn’t happen until 2008/2009). 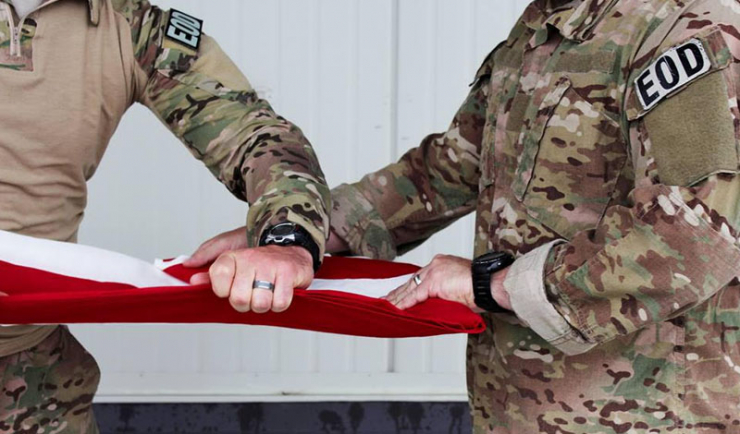 In those intervening years before the government began covering family travel, Ken and Julia felt that those brave men and women and their families deserved more support and care than what was available to them. They started their personal journey of philanthropy by hosting veterans and their families for meals and short stays at their home in Virginia, but they knew there was more work to be done. 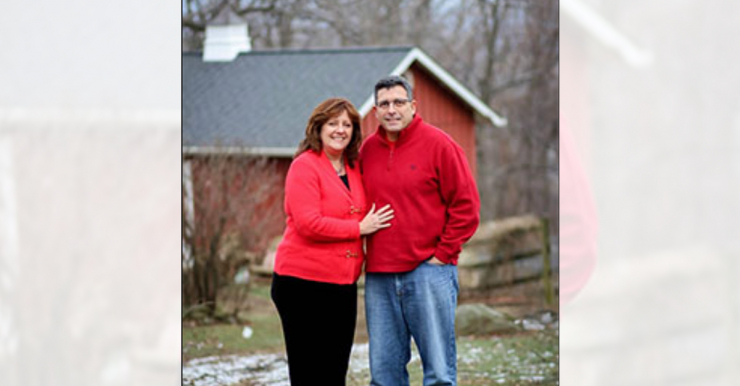 So, in 2010, the Falkes donated 37 acres of their property and made a substantial financial investment to establish Boulder Crest Foundation, about an hour outside of Washington, D.C.

For several years, they personally financed everything - providing millions of dollars in support. 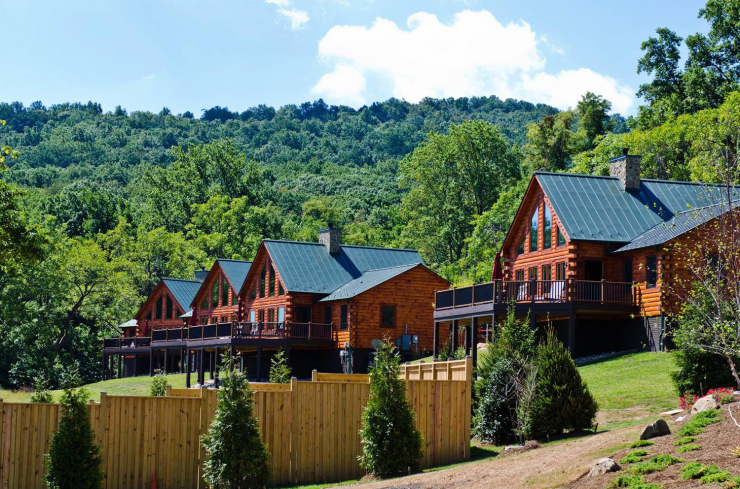 “It was a big number, so we took a year off,” Ken said, “And that kicked off the worst year for amputations in Afghanistan.”

It was clear to the Falkes that they needed to take this idea to the next level, so they began public fundraising and Boulder Crest Foundation really started to grow. First, they developed a new approach to train combat veterans, first responders, and their families to transform their struggles to strength. They call it PATHH - Progressive and Alternative Training for Helping Heroes. 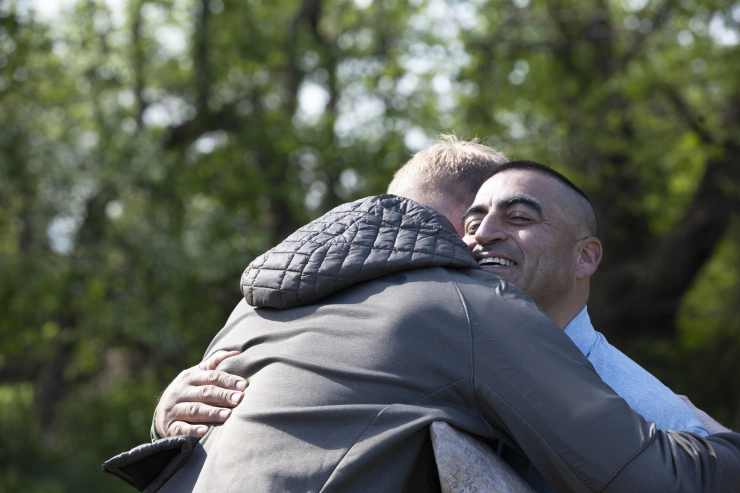 And, because of Ken’s own military experience, he knows firsthand the sacrifices and stresses of active duty and veteran families, so they also created the Family Rest & Reconnection program. It gives families the chance to relax, reconnect and restore connections while receiving the 5-star treatment they deserve. 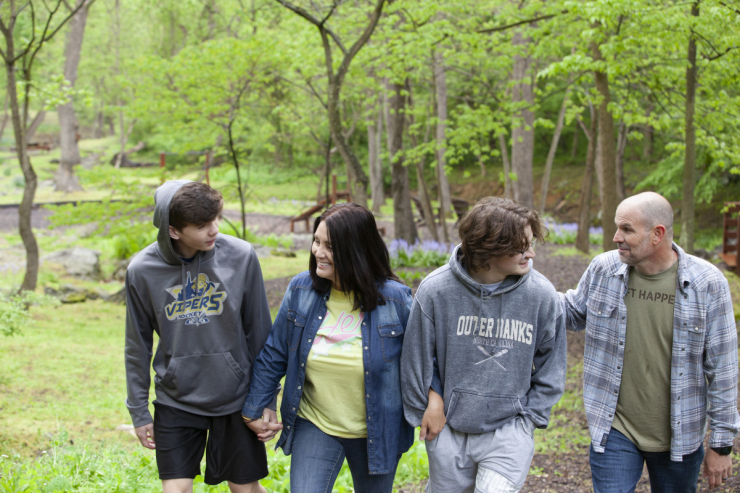 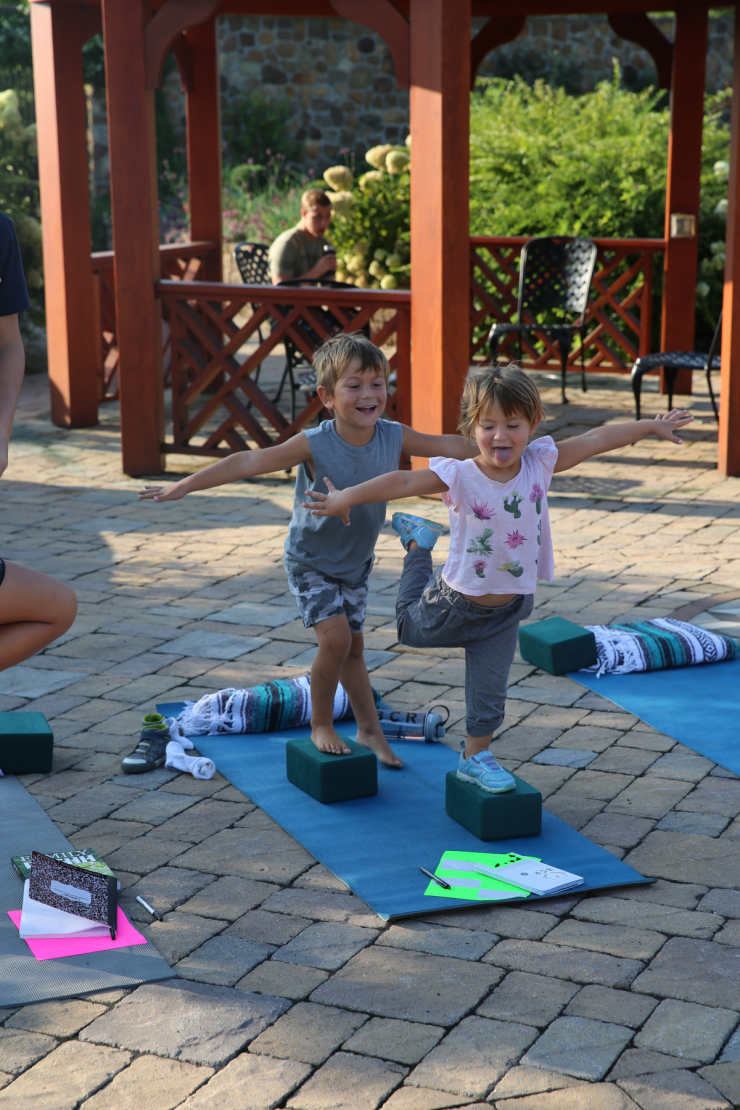 Chive Charities met Ken this past fall at Ft. Carson, Colorado. We were presenting more of our mission to serve rare medical individuals, first responders, and veterans, and we mentioned the name of the very first veteran we supported with a grant: Taylor Morris. 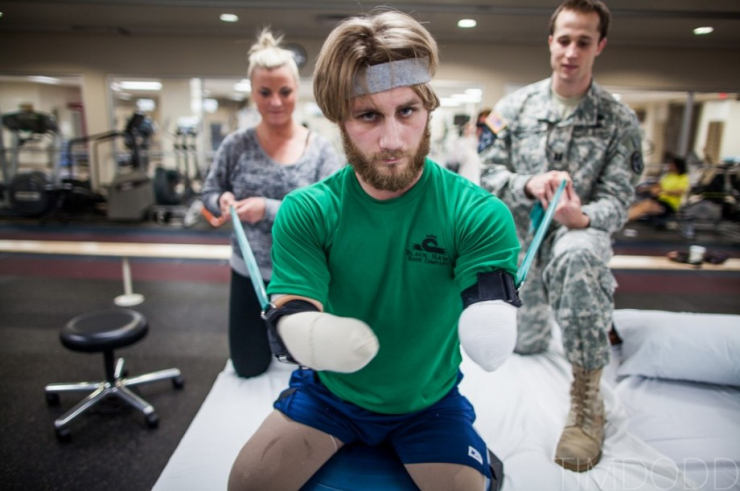 Afterward, Ken walked up to us and introduced himself. He knew of Chive Charities way back in 2012 through his own work with Taylor and his wife, and his ongoing partnership with the Gary Sinise Foundation. He saw firsthand the impact our community had on wounded veterans, and he’s still close friends with Taylor to this day. 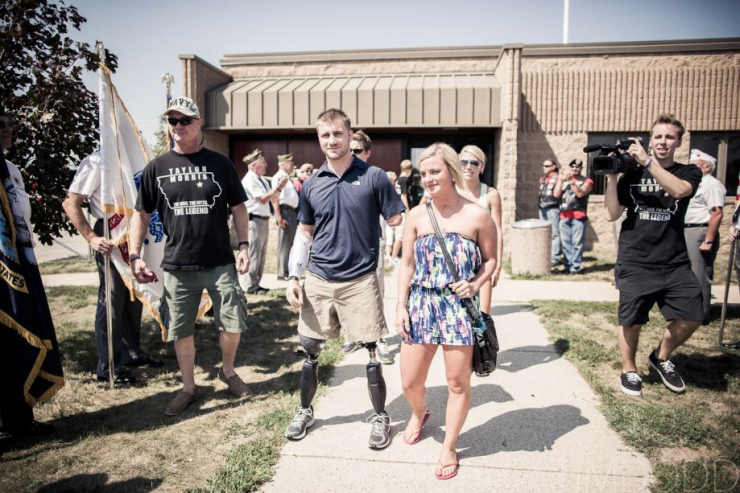 “Our veterans need organizations like yours,” he said. “It still baffles me that private sectors fund wounded veterans when the VA has a 300 billion dollar budget. But they need it. They need our support.”

“Gary Sinise has a saying that expresses my feelings perfectly,” said Ken. “He says, ‘While we can never do enough to show gratitude to our nation’s defenders, we can always do a little more.’” 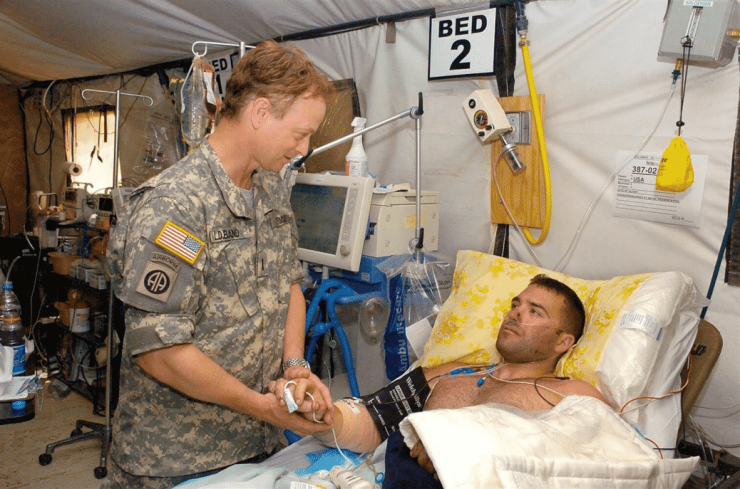 Ken has built his life’s work on doing a little more. And with the mission to make the world 10% happier, so has Chive Charities.

Supporting their work with combat veterans and first responders was an easy decision, and with the help of our donor community, we funded a grant for $10,000 to send two families to Boulder Crest’s Family Rest & Reconnection program. 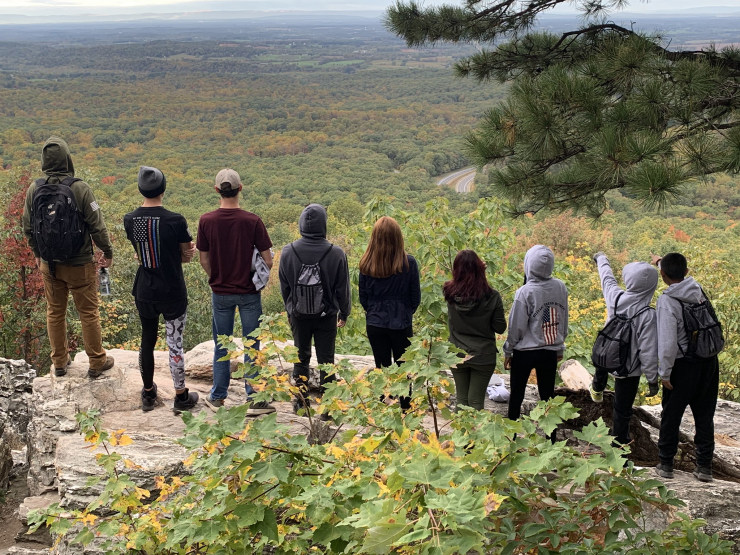 If their past participant testimonials are any indication, it’ll be a transformative experience:

“Before we came to Boulder Crest, we were existing more than thriving. After returning home, the family dynamic has been different. There is closeness in a variety of simple ways. Watching them smile and seeing the joy on their faces has been tremendous. If I can give a shout-out or advice to a family who is struggling and thinking about coming here, I would say you deserve to be here. You deserve to have a better life.” -Gabe M.

“Boulder Crest was here when I was at my rock bottom. My relationships were failing. I didn’t allow people to love me. It was chaos. I was at a point where none of the treatments were working. Boulder Crest has an amazing program. Just driving onto the property I felt this release. It challenges you. It gives you a different approach. It helped me process my traumas. I’m starting to live now.” -Marcos R. 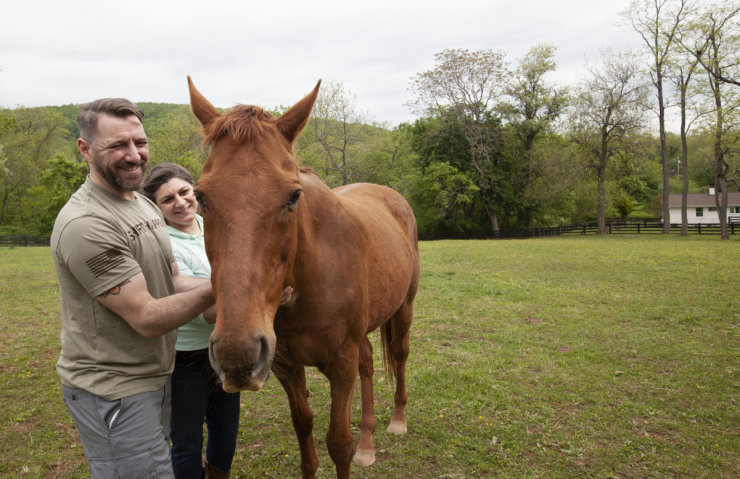 The programs are so beneficial, Ken shared that more than 80% of program participants are still in contact with Boulder Crest after they leave. They’re truly working hard to change lives. And because of donors like you, two more families will have their opportunity to rest and heal. 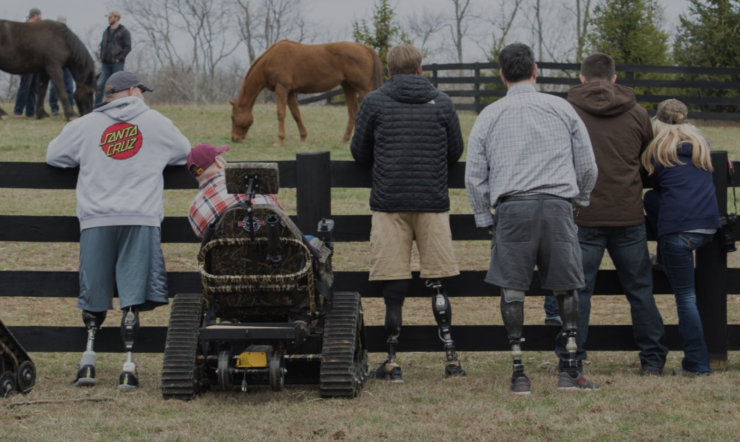 You can never do too much…but you can always do a little more. We’ve seen a $10 donation build Eason a fence. A $20 donation got Dennis a service dog. It all adds up. It all makes a difference. As we celebrate 10 years of life-changing impact, we think of the 500+ recipients you’ve supported - and the 500+ still to come. We can always do a little more. Be part of it with us and DONATE HERE.