A personality as big as the sky

Ana might be under three years old, but she’s got more personality than you, me, and all of us put together. She radiates moxie. I mean, come on. Look at this kid. 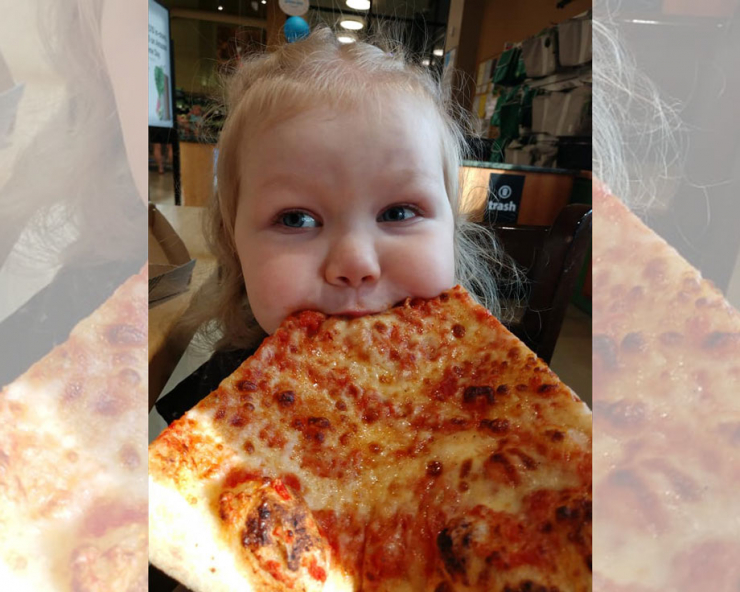 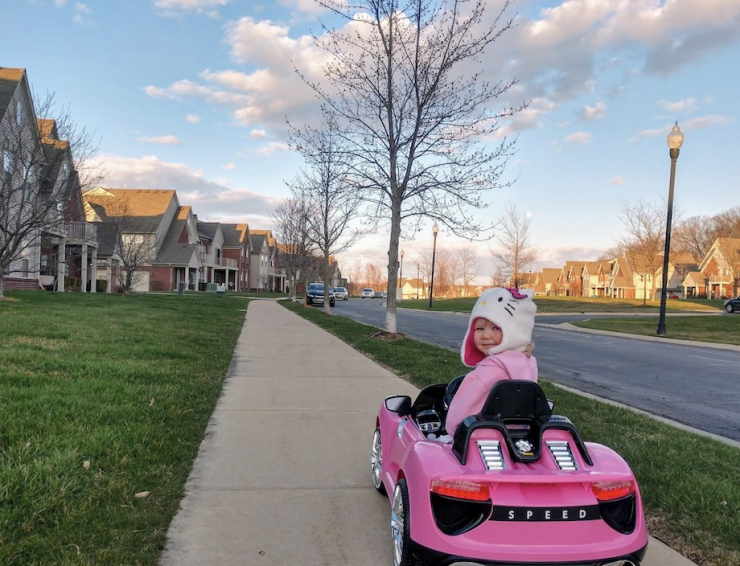 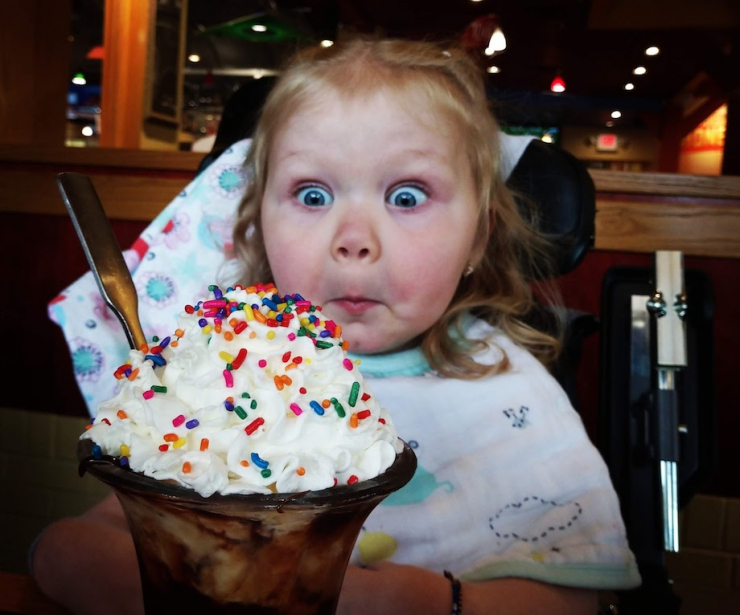 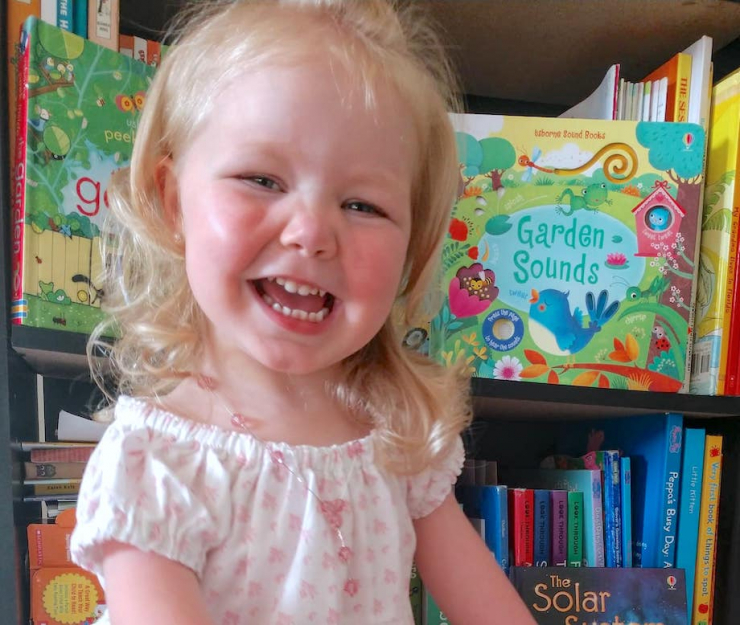 You’d never know by that radiant face that she struggles with even the simplest things every single day. Ana has a condition called arthrogryposis multiplex congenita (AMC), which affects all four of her limbs, making independent movement incredibly difficult. 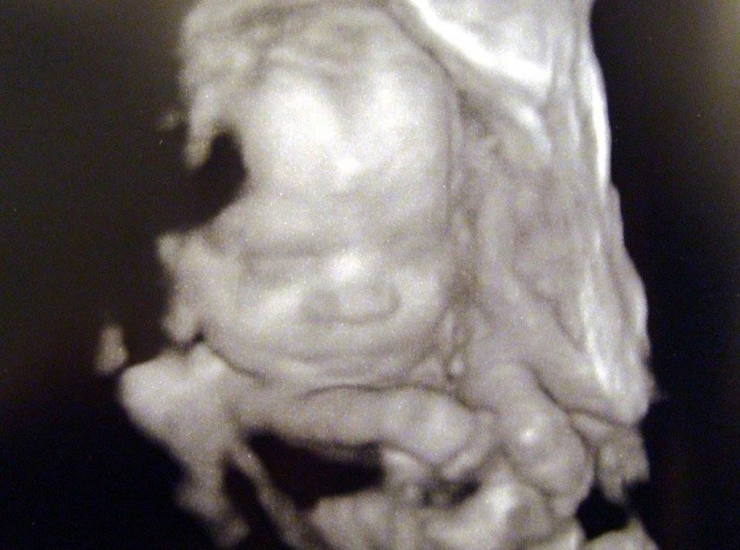 Before she was born, doctors discovered Ana’s joints had formed in fixed positions. Because she was unable to move them while she was in utero, her muscles couldn’t develop properly, and formed out of a more fibrous tissue, which is unable to bulk up or build muscle mass. 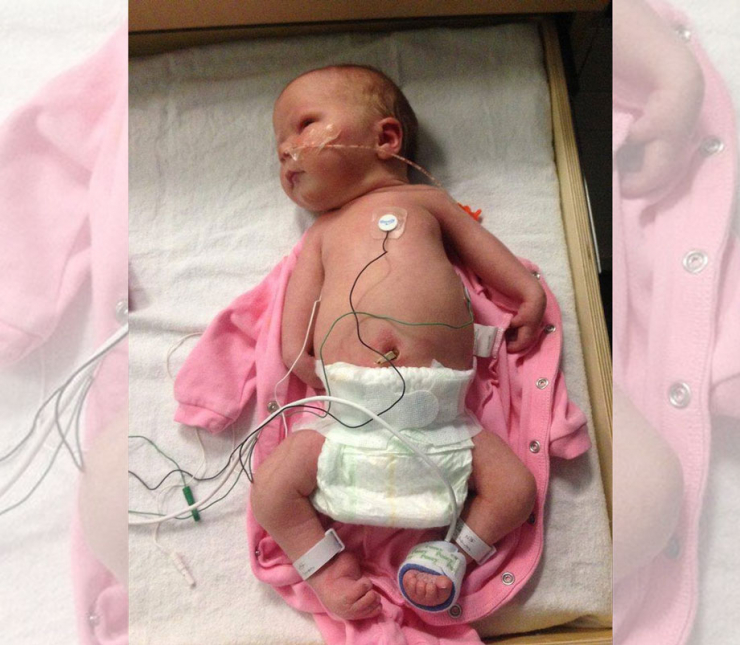 AMC caused Ana’s arms to be fixed straight, her wrists clubbed downward, her knees fixed upward, and both of her feet to be clubbed and turned upward. Her joints are immobile and Ana’s muscles are far weaker than most kids’, but for all she lacks in physical ability, she more than makes up for in determination, intelligence, and radiant spirit. 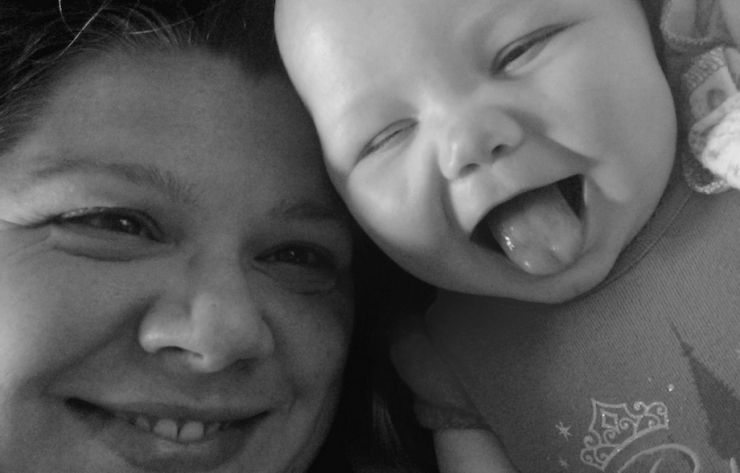 Ana’s sole guardian is her grandmother Angey, who took over raising baby Ana while attending graduate school at the same time. 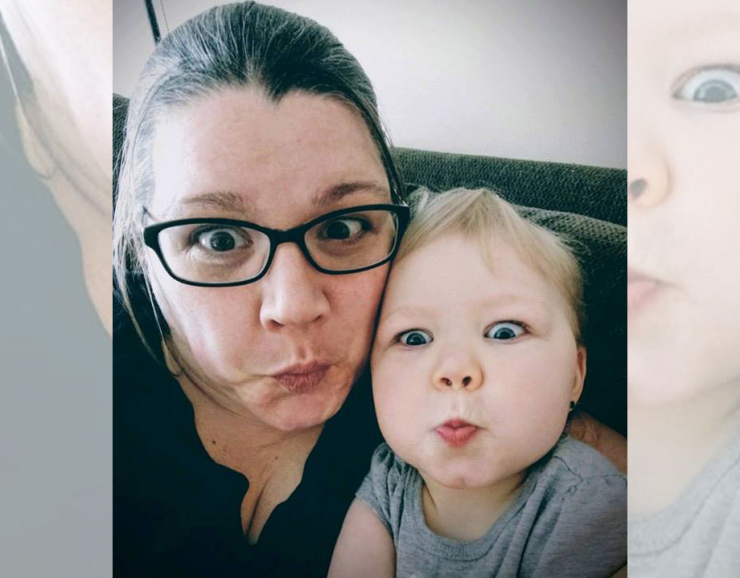 Talking with Angey, it quickly became clear where Ana gets her drive. 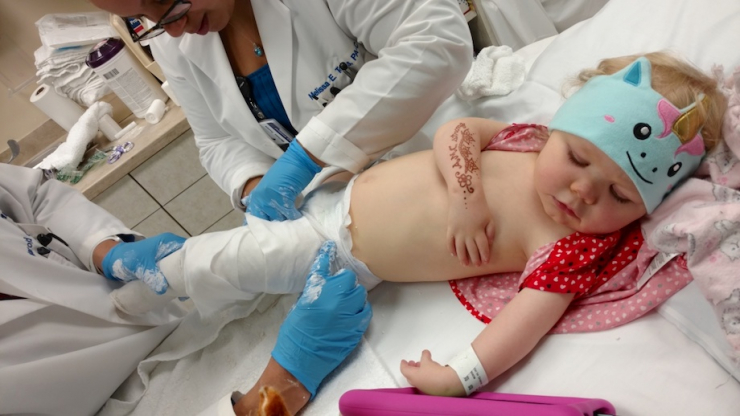 “Juggling graduate school and raising Ana was not as hard as some people might think. Yes, she had over 150 medical appointments in her first year of life. She went through rounds of serial casting, multiple surgeries, and countless therapies; however, her ability to work hard as an infant and strive to do anything she wanted to do – but in her own way – encouraged me to continue working hard to finish school while raising her.” 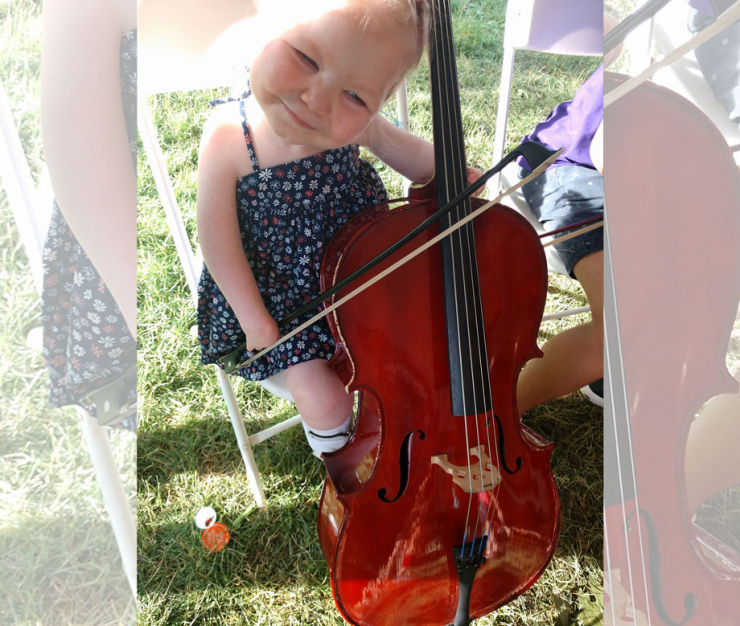 Ana continued to amaze everyone, including her doctors. Her insatiable thirst for knowledge was evident almost from birth, and she had mastered colors, shapes, and most letters by 16 months. 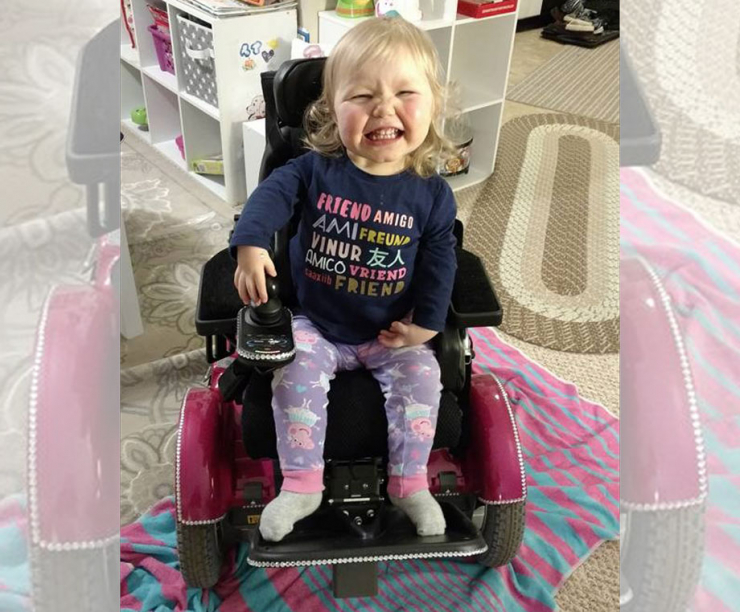 She worked tirelessly to stand on her own by 18 months (a big deal), followed immediately by mastering her power wheelchair all by herself (a REALLY big deal). 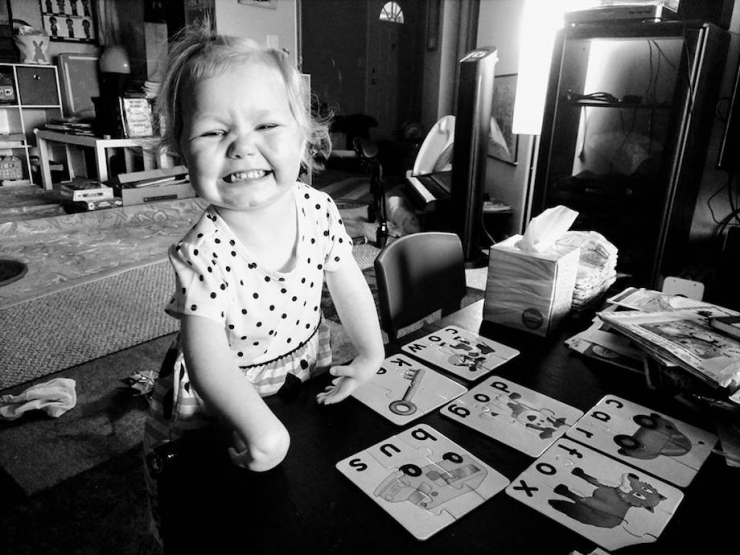 By age two, Ana was working on sight words, and six months later, her IQ was recorded in the 135-140 range. There’s no question her cognitive ability compensates for what her body can’t do, but that doesn’t mean mobility isn’t a big part of Ana’s life. She’s still unable to walk on her own – though we wouldn’t put it past her to master that, too, somewhere down the road – so Ana’s freedom of movement, autonomy, and self-confidence are dependent on her powerchair. 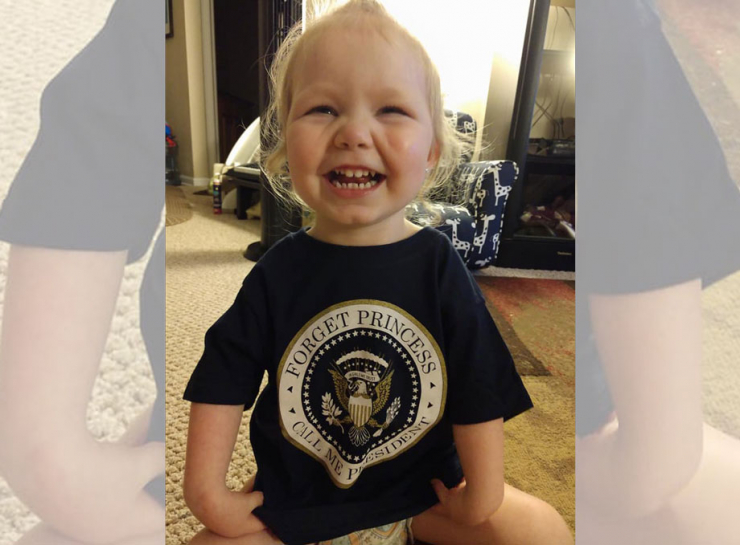 “We moved to a more accessible home last June, so Ana could use her walker and powerchair more easily, but now we’re off the bus route, so we’re very limited in where we can go,” Angey told us. “I have an older car that can’t really transport her wheelchair, so we use a collapsible gardening wagon when we go out. It worked for a long time, but Ana’s getting too big for it, and, as you can imagine, she’s ready for some independence.” 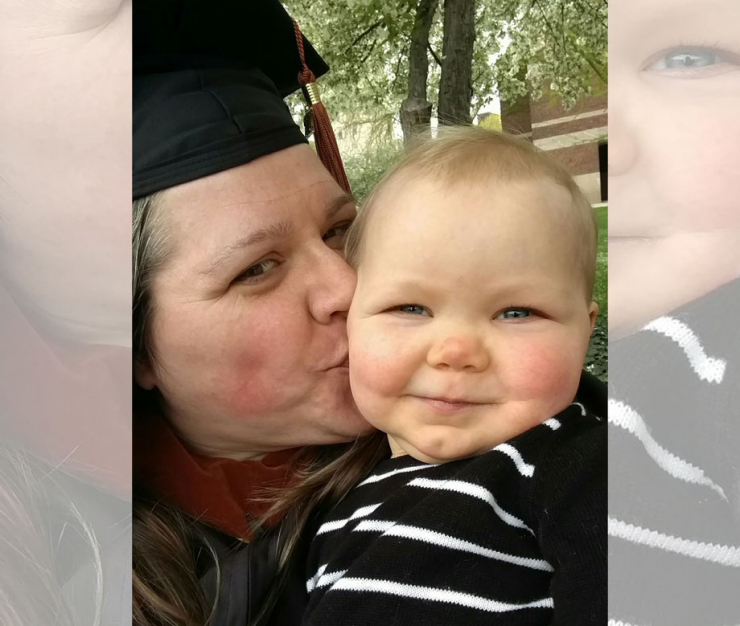 Think about the big picture for just a moment. You’re single, getting your master’s degree, and are suddenly the sole caregiver for a baby with special needs. You keep grinding at school and work, manage to get this baby the intense medical care she needs, and raise her to be the most precious, precocious, inspiring little human most people have ever met.

I think that deserves a round of applause at the very least.

And a wheelchair-accessible van as an added bonus. 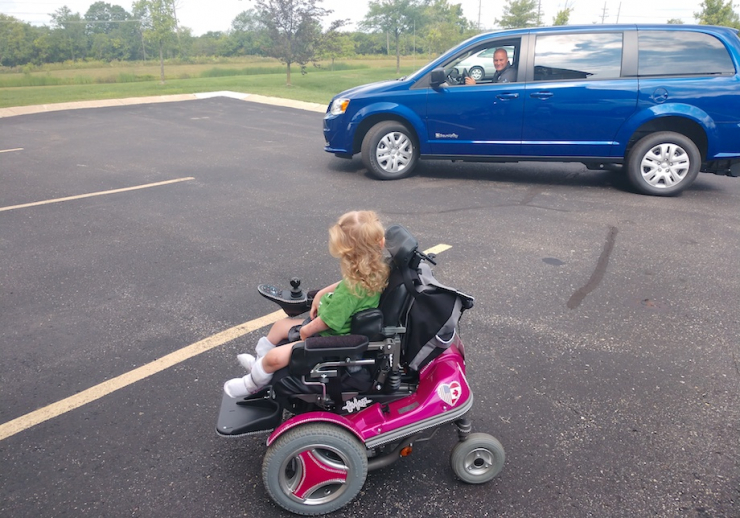 Thanks to the combined efforts of Chive Charities’ monthly donors, we were able to provide a $40,000 grant for a 2018 wheelchair-accessible Dodge Caravan, which Angey and Ana picked up earlier this month. We called them a few days later to see how it was going, and Angey’s gratitude was palpable over the phone:

“You’ve completely changed our lives. There aren’t enough words, not enough vocabulary to describe the significance of giving Ana opportunities she would not otherwise have – to go places, explore, and learn in ways she couldn’t before. Thanks to this gift, there are no limits to what she can achieve.”

We thought that was pretty great praise, but as we were winding down the call, Ana piped up with her own thoughts: 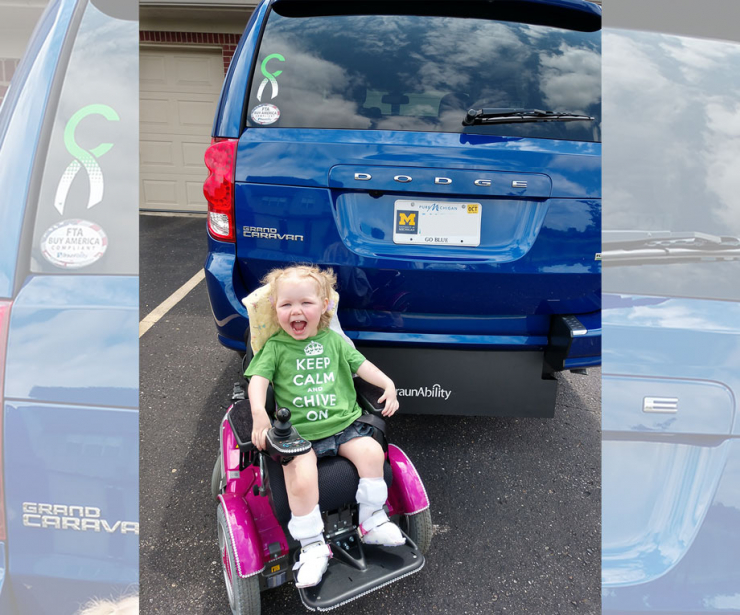 As advanced as she is, Ana’s too young to understand all the cool things waiting for her at the end of that ramp, but we know, and we’re so happy to make them accessible for her. If you’d like to open the world to more shining stars like Ana, become a Chive Charities monthly donor RIGHT HERE.

**As always, many thanks to our friends at BraunAbility for helping Ana gain the independence we all deserve. 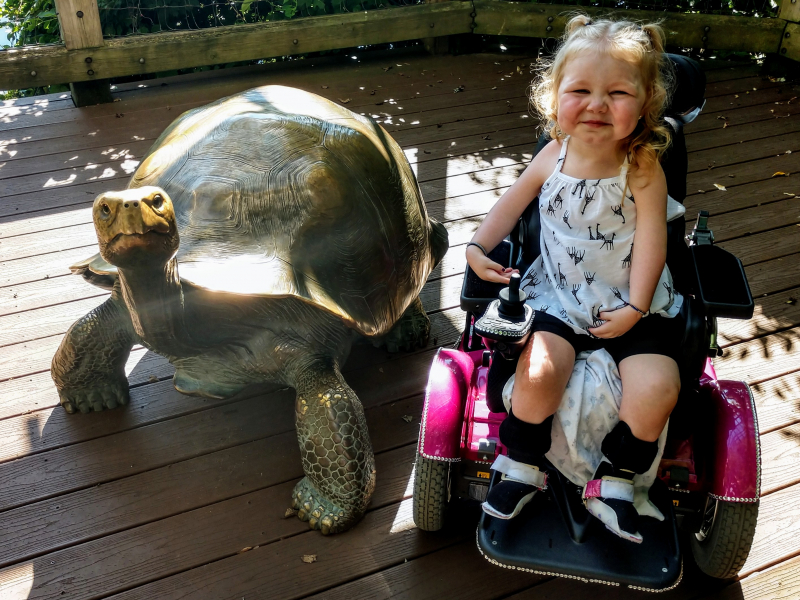