Meet the boy with an isolation-shattering smile 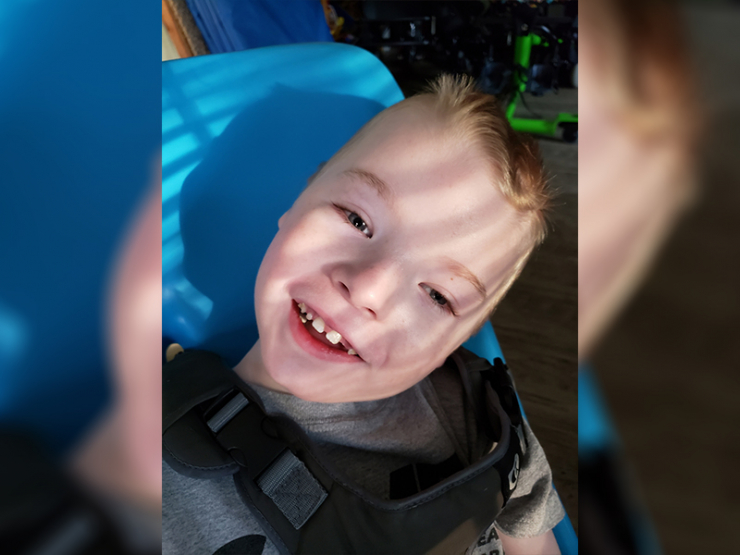 If there’s one thing we are all missing right now, it’s the world outside of our homes.The ability to simply go to the grocery store without risking our health is something most of us probably took for granted until we no longer had it. Day in and day out spent within the same four walls; it begins to take its toll, doesn’t it? Well, welcome to the everyday life of a medically fragile child.

Welcome to the life of Bryson. 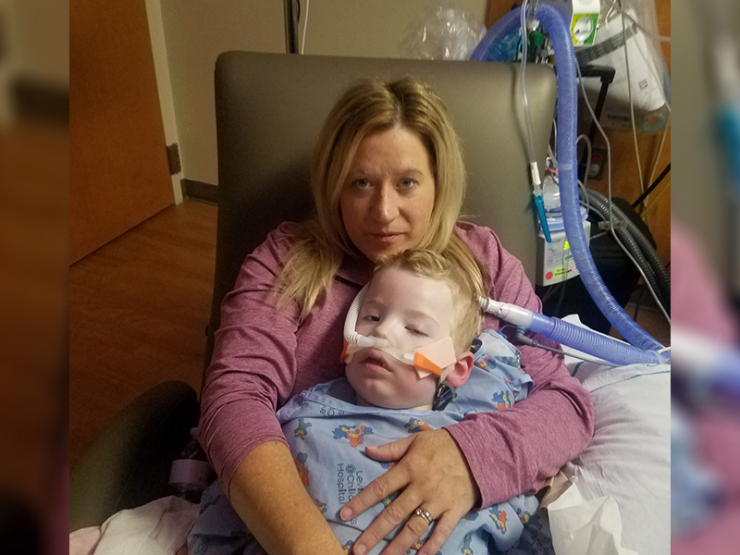 In Bryson’s short six years, he’s been tested, scanned, injected, air-lifted, medicated, and revived. Bryson has Lissencephaly, which means he was born with a  “smooth” brain that lacks the squiggly folds that a typically-developed brain has. Within those folds is where most people develop the ability to sit up on their own, to feed themselves, to form sentences, to speak. Without these folds, life becomes much, much more difficult. 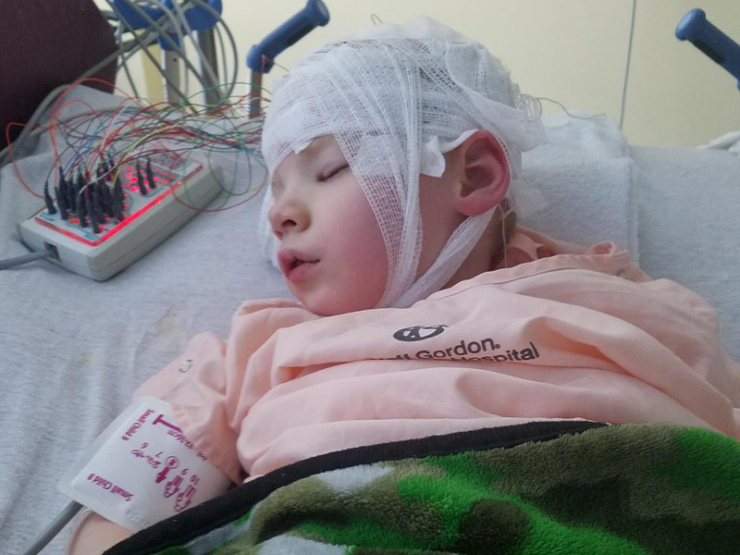 And much more dangerous. Doctors warned Bryson’s parents of the dangers of the genetic deletion that causes Lissencephaly. They should expect developmental and cognitive delays. They should expect seizures. They should not expect him to live past age two. And only a week after receiving this devastating news, Bryson’s mom heard her husband cry out from the other room: “Is he having a seizure?” 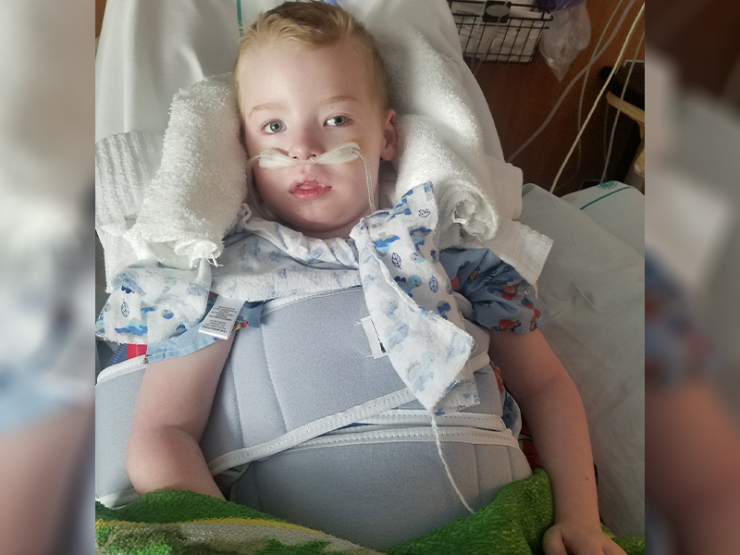 After that, Bryson’s life on the family’s small North Carolina farm was never the same. Priority one became managing Bryson’s seizures, which meant trial-and-error with heavy medication after heavy medication, including one that had to be given intravenously for 45 days in a row.  Bryson’s dad was feeling pretty confident in his ability to find little Bryson’s vein. "No big deal. I have given my calves shots many times". As it turns out, though, it’s a lot harder, physically and mentally, to give your baby boy a shot in the leg for weeks on end. 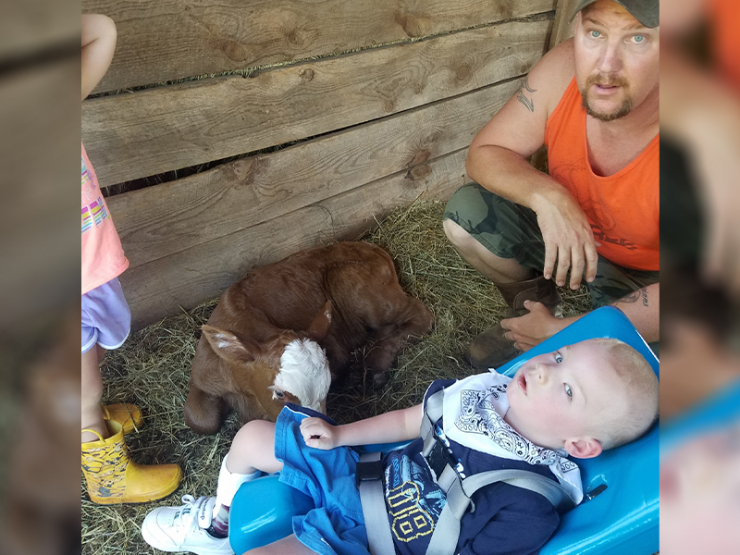 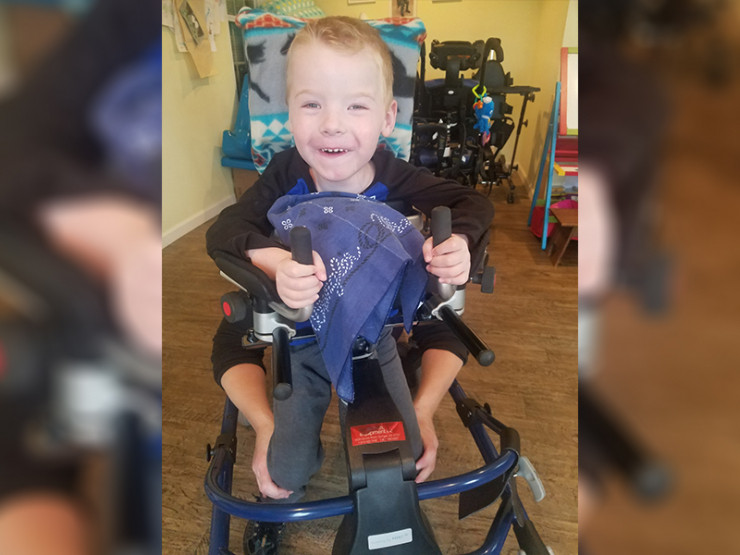 It also comes with more implications. The shots were expected to help Bryson, but they posed one huge risk: a compromised immune system. This meant that Bryson, on top of all his other medical worries, had to stop all immunizations due to the high risk and avoid contact with large crowds as much as possible. Trips to the mall, Walmart and church with Bryson in tow were slim to none. The isolation and despair began to set in for Bryson’s parents. 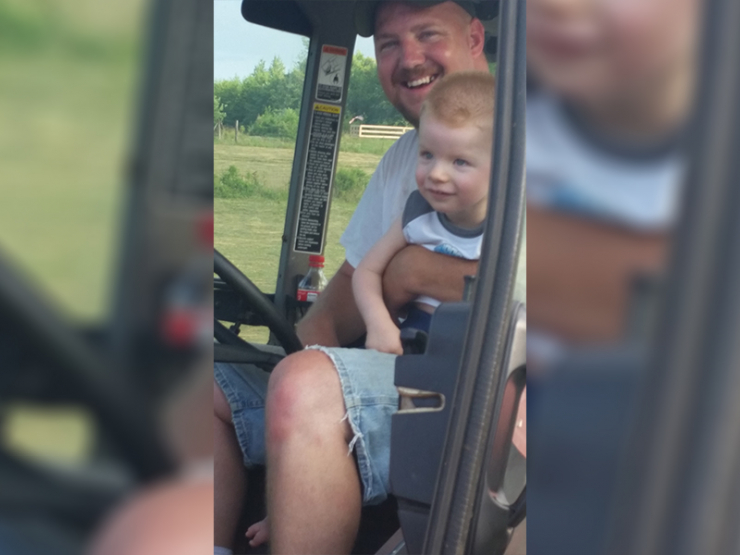 But it never seemed to set in for Bryson. Through it all, even when his seizures came back worse than ever, leaving him foaming at the mouth and turning blue, Bryson’s smile was never far away. As his mom says, “He smiled when he was a month old and never stopped. There is something extra special about his little spirit that you can feel when you are around him that goes beyond anything you can fathom.” 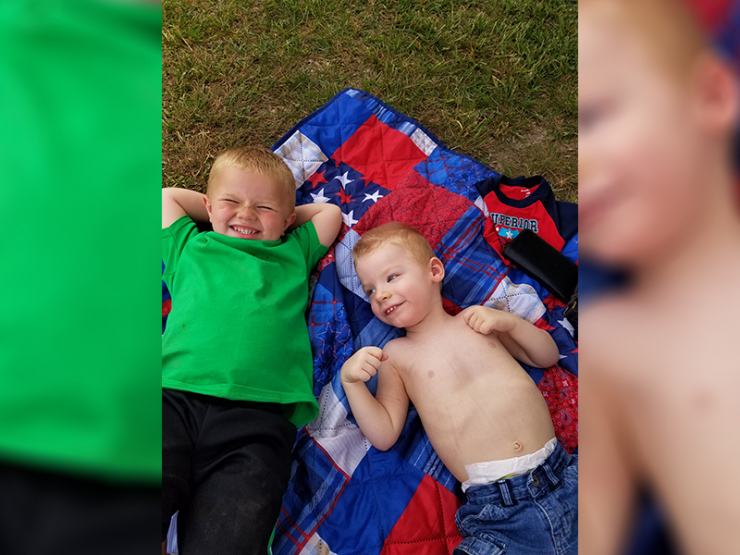 One reason for Bryson to smile is that he is constantly surrounded with love. The family’s small town has a tight-knit community. Bryson’s dad was a firefighter, so naturally, he knows everyone.  Even before Bryson was born, practically the entire town showed up to his mom’s baby shower. Bryson’s grandparents and cousins come over as often as possible to play with him on the farm. Though it is easy to feel isolated when you’re medically fragile, amazing communities and families like Bryson’s will do everything in their power to keep you smiling. 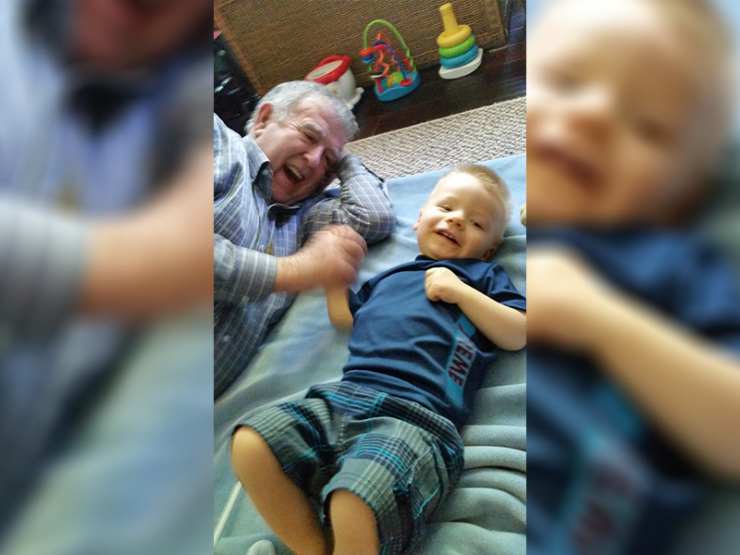 As we know, though, our global community is suffering right now. Bryson and his family are stuck at home more than ever before, and for an immunocompromised person, this pandemic is terrifying. And that’s what makes this the perfect time for Chive Charities to step in. 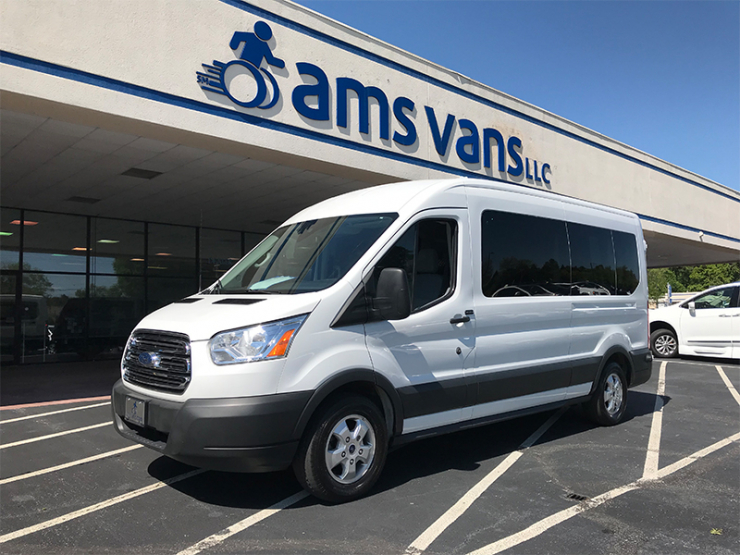 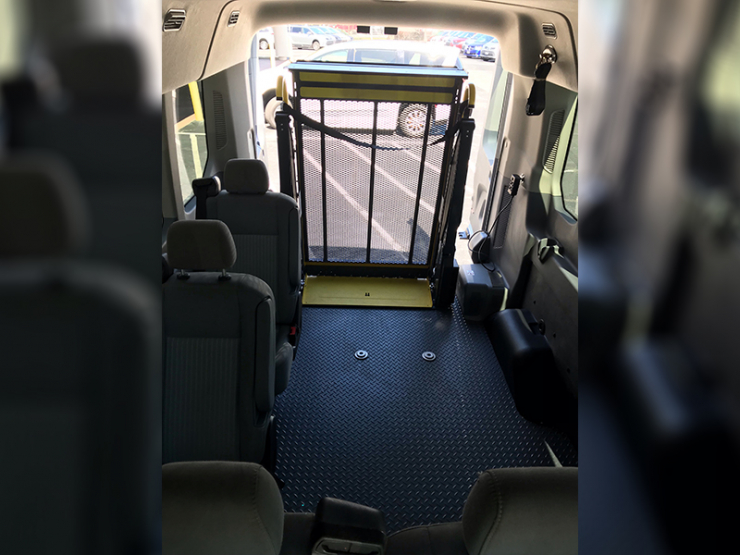 That’s why we got Bryson’s family a $42,000 wheelchair-accessible van from AMS Vans! With their current transportation, Bryson’s already fragile situation is even worse. He’s getting too big for his parents to lift into the car. Once his new van arrives (next week!), if he has a seizure, his parents can care for him properly in the van and not have to remove him from the vehicle on a hot or cold day. They will be able to administer rescue meds and have room for all his equipment. 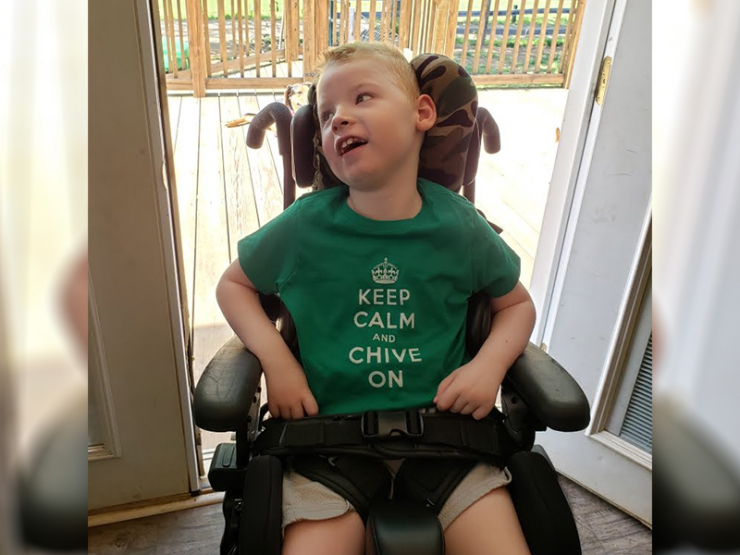 Even when the world is at its most disconnected, and while our sense of community is being shaken, the Chive Charities community is thriving and growing. Bryson’s family can go ahead and add our 3,200 amazing donors to the list of folks who have their backs. The fact that our donors continue to ramp up their support during this time is a true testament to this community. If you’re feeling disconnected or powerless these days, try doing some good in the world for someone who needs it. Join this unshakable community and become a donor HERE! 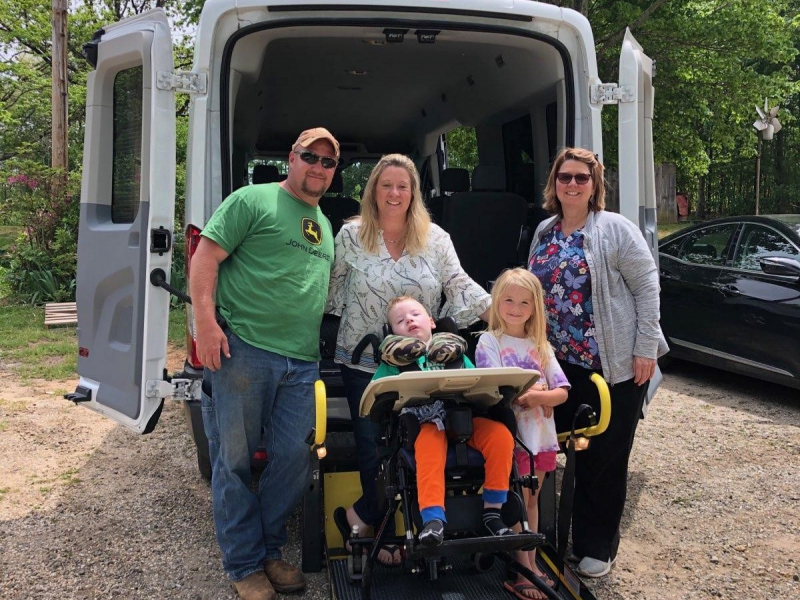