A couple months ago, a verified military badass sat down for a drink at the Copper Bar. 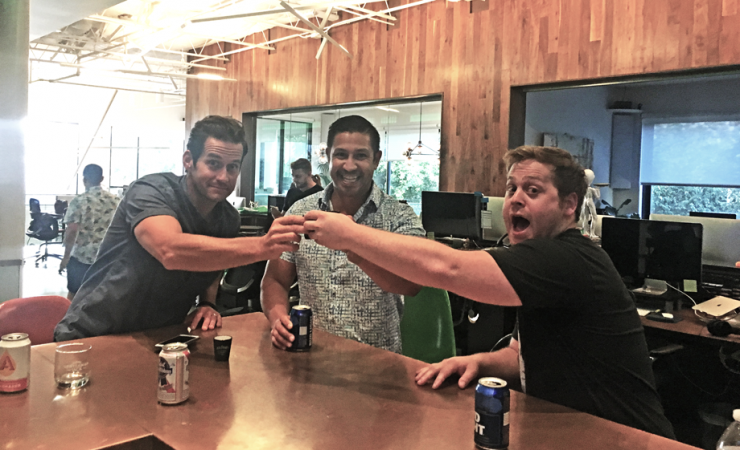 I’m talking a B-1 bomber/Operation Iraqi Freedom kind of heavy hitter. In the middle of talking, toasting, and touring HQ, the pilot commented on ChiveTV playing above the bar. Right about that time, Jeremy from the ChiveTV team sat down. I introduced them, being the good hostess that I am, and what happened next felt like something from the Upside Down. But so much nicer.

“Thank you so much for what you do,” Pilot said to Jeremy.

“You have no idea how much ChiveTV means to us when we’re deployed,” he said. “It takes our minds off things for a little while and we just laugh our asses off. And,” he added, “It keeps us connected to home.”

While that was the first time I’d ever heard of ChiveTV as a cure for homesickness, years of working with the veteran community has taught me the simple things are often the most valuable when you’ve braved a battlefield. Little tastes of home, help transitioning back to the civilian world, anything that makes life feel normal again after years of service and sacrifice, those things are priceless. 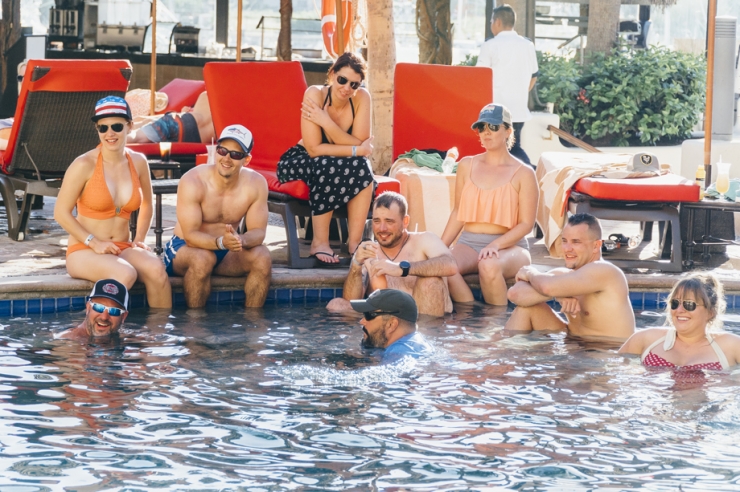 You know what does have a price tag? Sending five American veterans and their wives on an amazing all-inclusive fishing excursion in Cabo. It costs about $16,000 in fact, but we’re big believers in the therapeutic benefits of R&R for those brave enough to risk their lives for our country, so when the guys with Veteran Outdoors came to us with a plan, we were all-in. 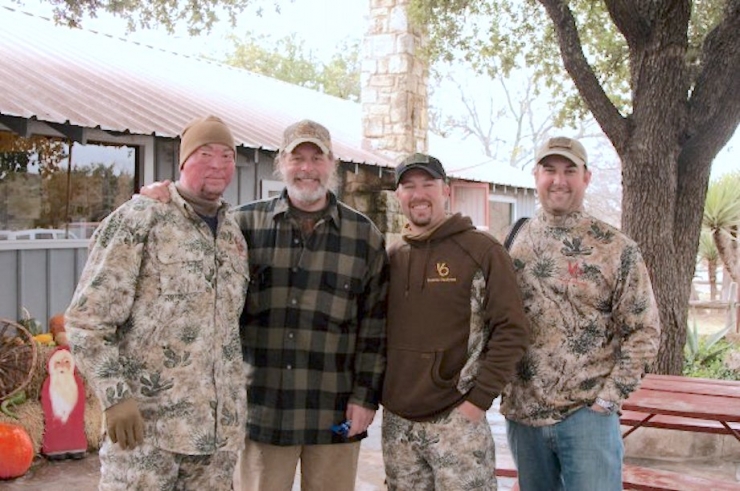 “The military does a good job with physical rehab, but a lot of times, mental recovery is left up to the community,” Brad Strittmatter told me. He and longtime friends Cody Hirt and Wes Higgins founded Veteran Outdoors (VO) after seeing the positive impact a simple hunting trip had on guys fresh out of the service. 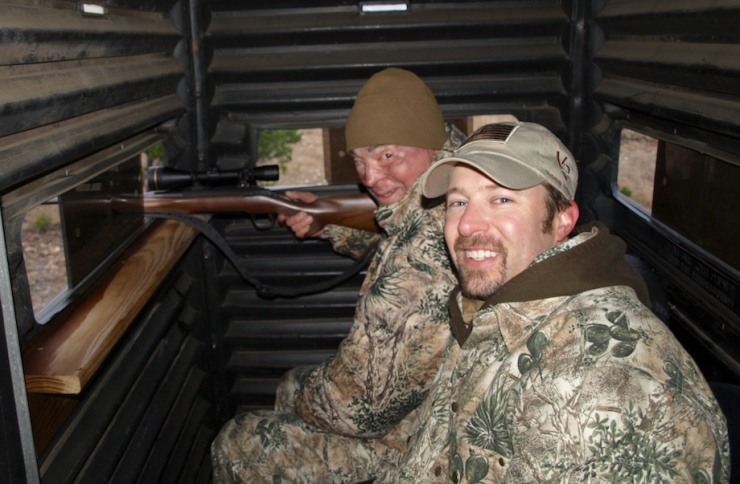 They take veterans on adventures – you guessed it – outdoors, for things like offshore fishing and big game hunting, both to show gratitude and to provide opportunities for healing and community. 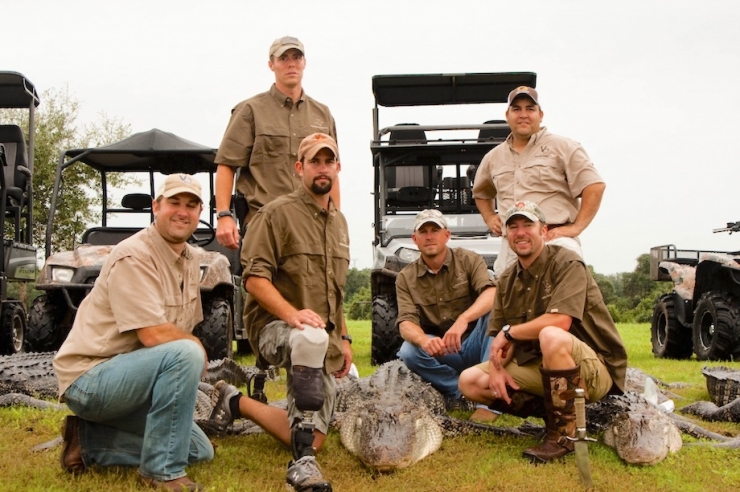 Brad told me the trips aren’t really about catching a marlin or bagging a scimitar oryx (which editor Bob said I can’t show you, so here are some gators instead), they’re about sitting around a campfire with guys who just get it; or cleaning a fish without people assuming you can’t do it without help anymore. Simple things, big impact. 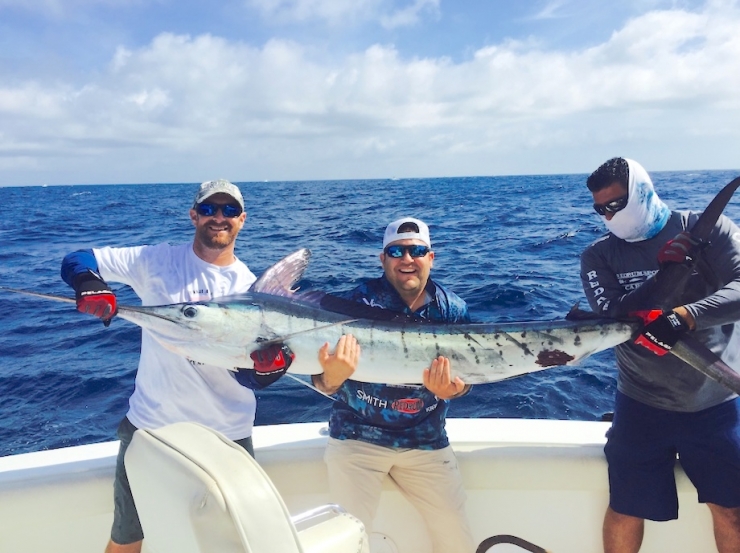 “A lot of times, wounded veterans are convinced their new reality is based in their physical circumstance. We love proving recipients wrong and showing them their dreams are still achievable and can be part of their new normal.” 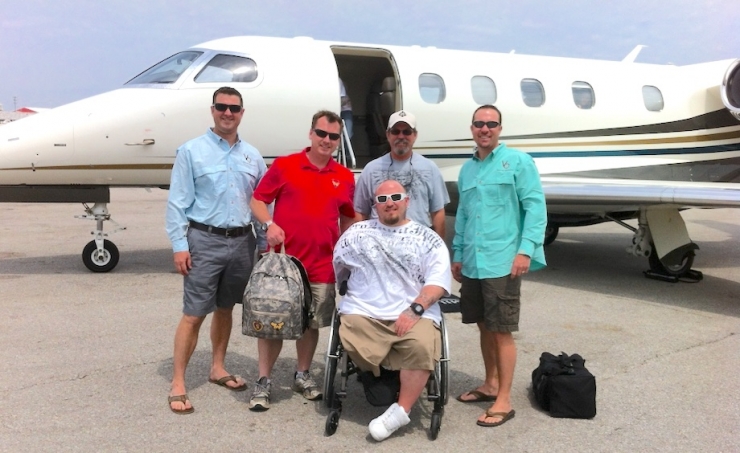 Since the beginning, VO has taken around 1,500 veterans on once-in-a-lifetime trips all over the United States and Mexico. 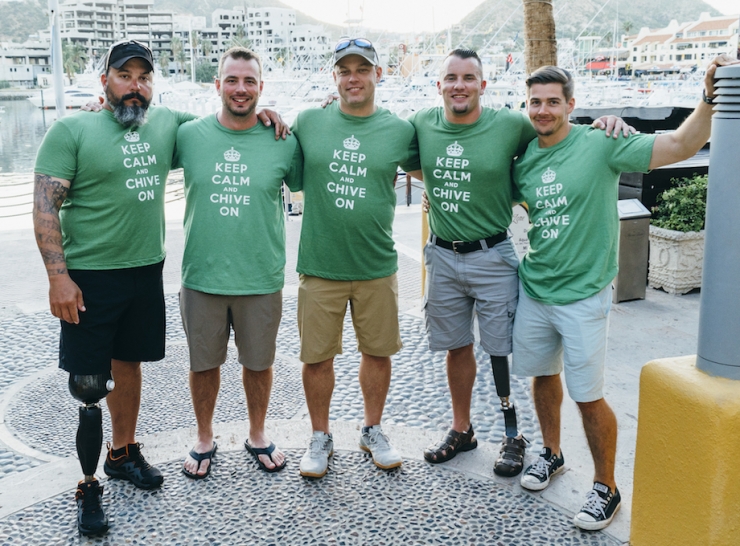 Including Justin E., Travis, Steve, Brandon, and Justin L. They, too, are verified military badasses. 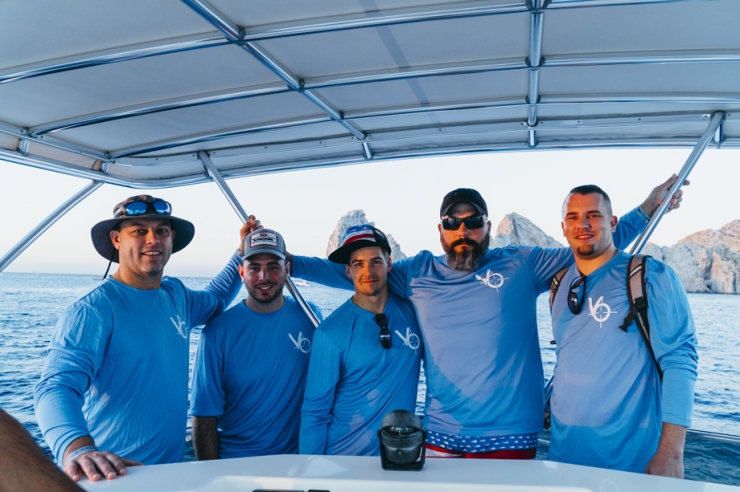 Last month, they competed in the Bisbees Los Cabos Offshore fishing tournament with Veteran Outdoors, a legit two-day tournament with a grand prize of $400,000. As VO trips go, it was awesome and life-changing in so many ways. 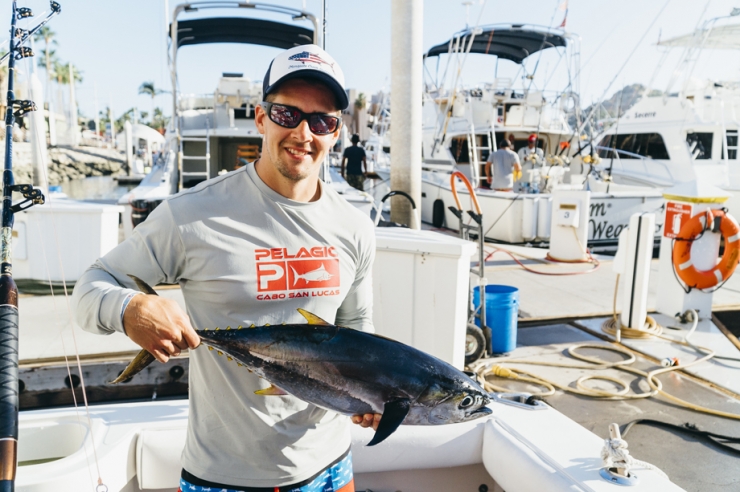 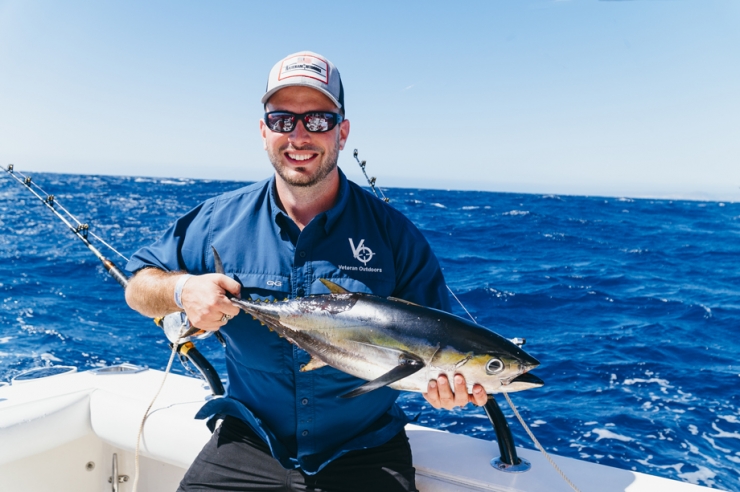 Most were released, though. 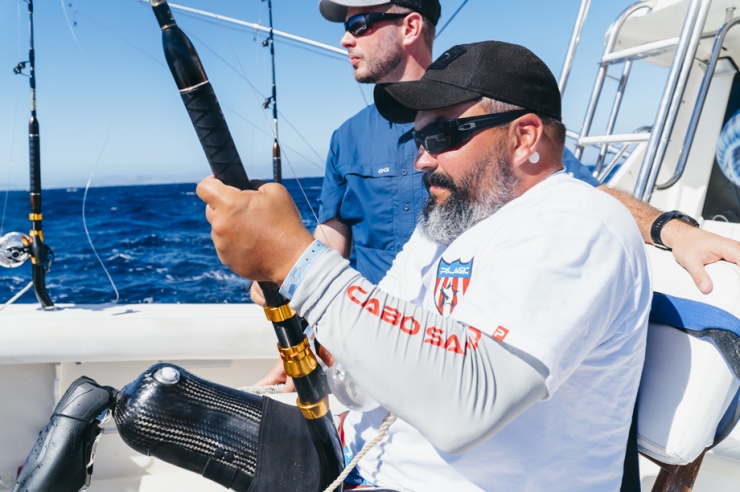 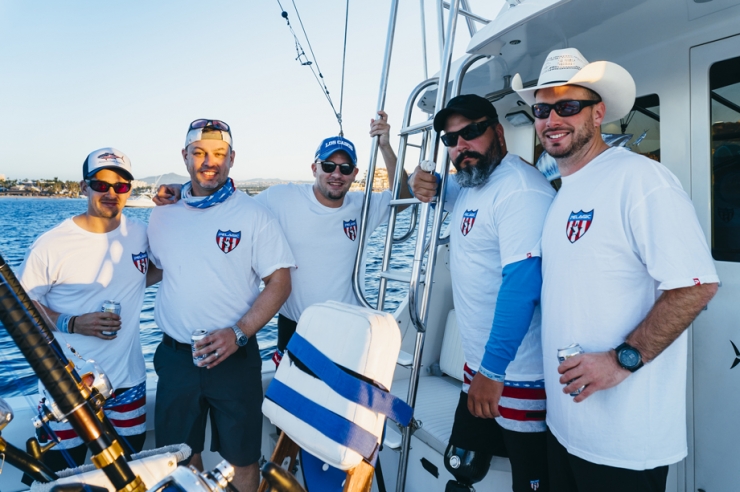 But a few things made this trip stand out. 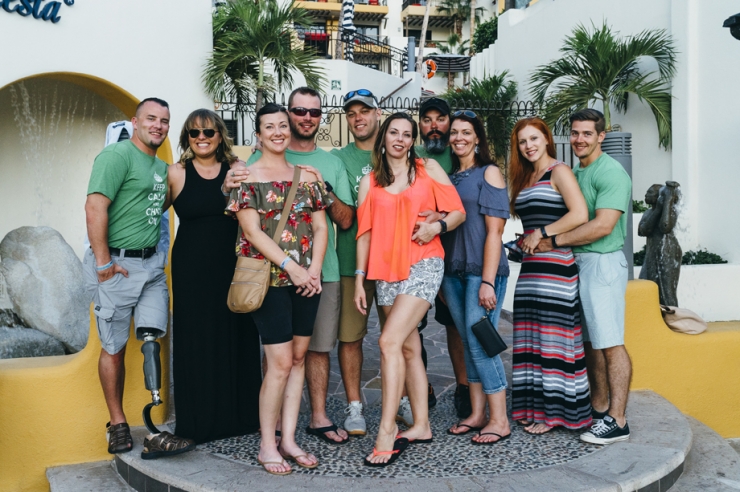 It was the first time the veterans’ wives went along on a VO trip, which Brad’s wife Stacy explained was a big step for the nonprofit. 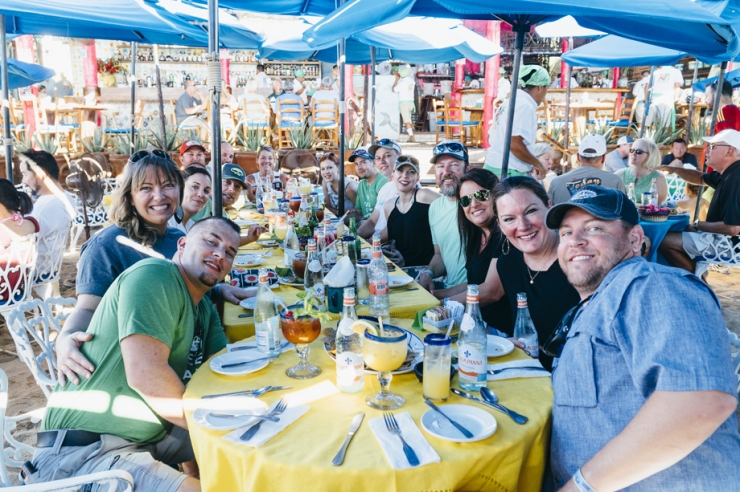 “We don't usually get to show military spouses how much we appreciate them with a trip like our veterans get,” she said. “Chive Charities changed that. We were able to show the same kind of gratitude for the wives’ service and sacrifice – this trip was for them, too, not just for their husbands.” 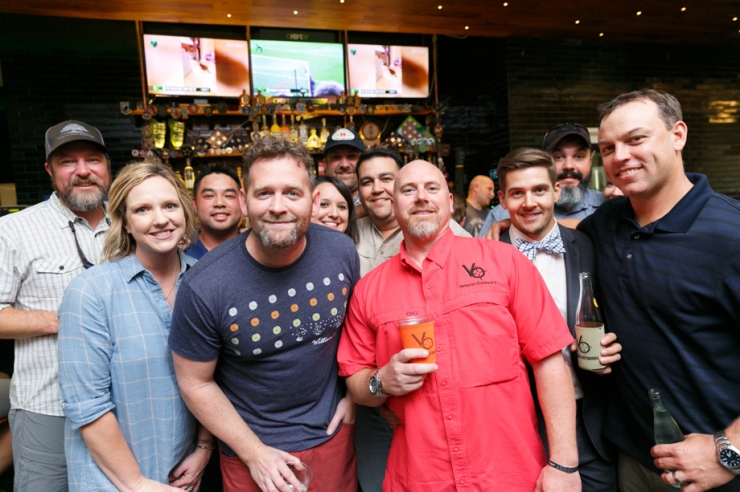 And because Veteran Outdoors is located right in our backyard, we invited them down to HQ for happy hour with John and the gang. We were able to meet three of the recipients in person, which we don’t often get to do, and hear all about their trip first-hand. It was awesome. 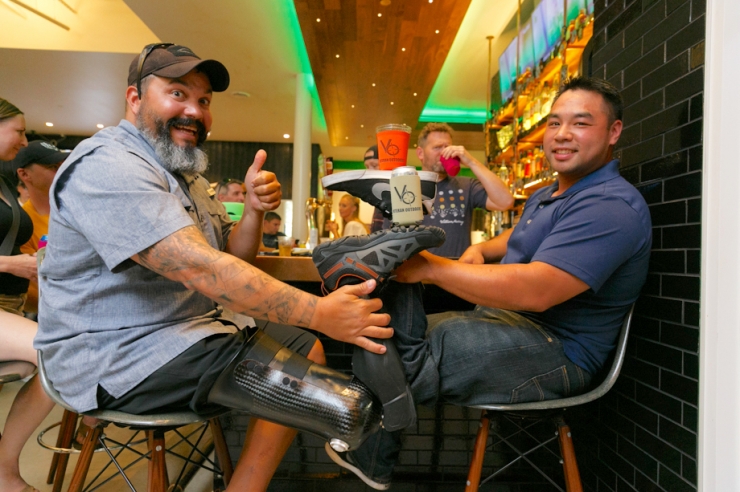 Of course, this happened. 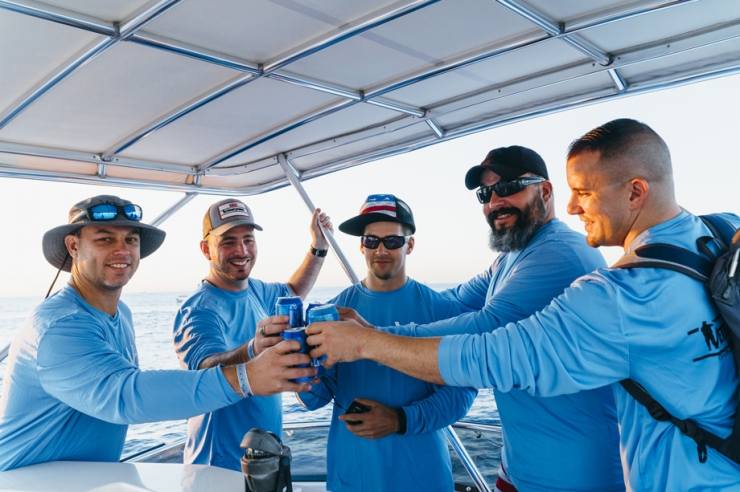 Sometimes it’s hard to explain the power of the Green Ribbon Fund, and why becoming a member of this small but mighty group is so important. When I asked Brad what the guys thought about Chive Charities funding their adventure, he nailed it.

“The thought of so many people coming together with their individual contributions, $10, $20, $100 a month, was such a cool thing for the guys. They were blown away that people that had never met them all contributed to make this possible.”

It takes all the small things to make the important things happen. Take that first small step by donating to Chive Charities and become a Green Ribbon member RIGHT HERE.

*Big thanks to Todd White for the incredible photography from the trip.