The girl who never quit

Danika always knew something was wrong. 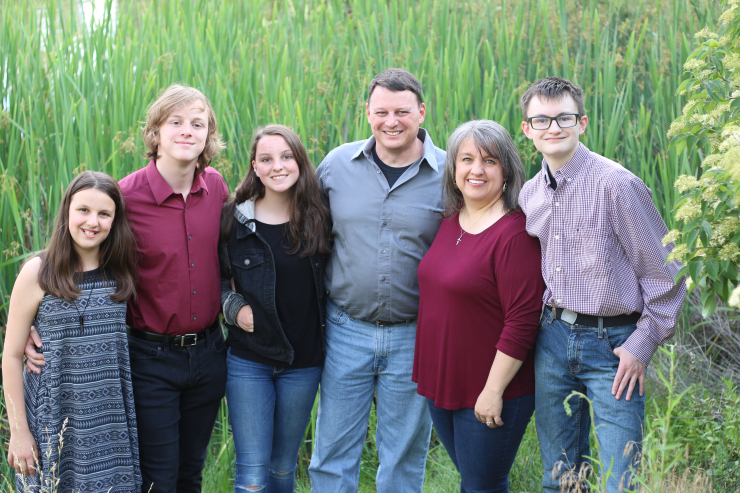 From the time she was a little girl, she noticed things about herself that were different from her siblings and peers. Her mom told her that even as a newborn, Danika had significant stomach and gastrointestinal issues, how she couldn’t keep food down and was constantly throwing up.

She told her that the pain and discomfort was so bad, Danika would cry for hours on end. 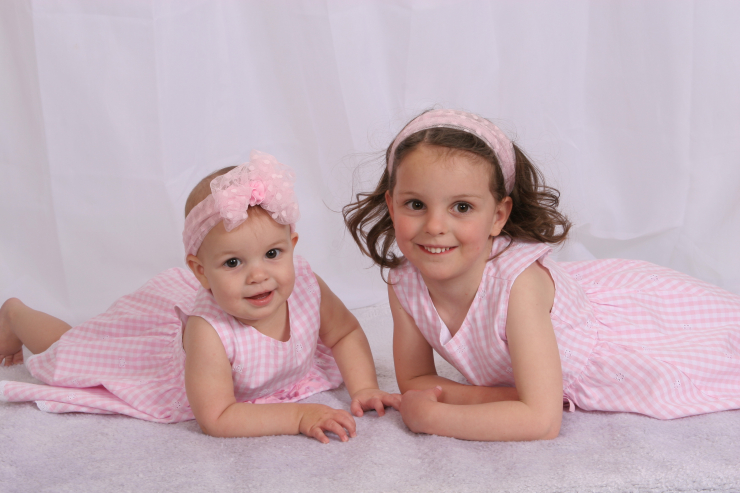 “Growing up, I was always clumsy and accident prone,” Danika told us. “I also had chronic strep throat and tonsillitis for almost two years. But whenever I had a sizable fall or injury, I would be taken to the emergency room for an X-ray and it never showed anything.”

“As a child and young teen, it was always very frustrating. I knew that I was hurt and something was wrong, but it seemed like no one else could see that.” 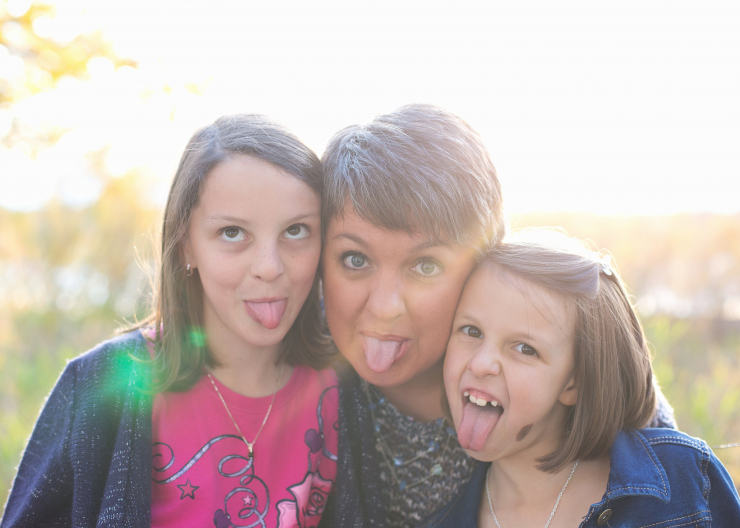 Still, she didn’t give up and continued searching for answers, even as a young pre-teen with limited resources.

Danika was 14 years old and a freshman in high school when she decided to try out for the high school field hockey team. In the middle of tryouts, she fell while running and experienced excruciating pain that reverberated from her foot all the way up and through her knee.

“My dad took me to the emergency room where it was determined that I had dislocated my knee cap and had torn some muscles and ligaments,” Danika explained. “I was given a brace, a pair of crutches, and a month of physical therapy.” 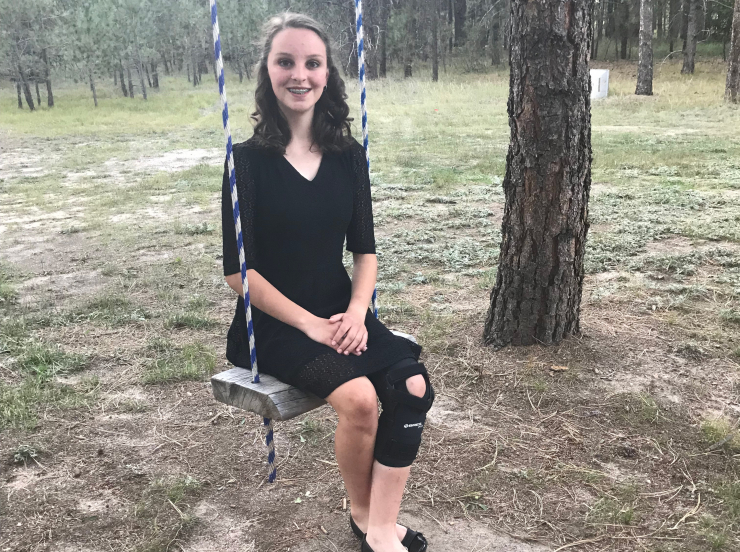 While she attended every physical therapy session, Danika didn’t seem to be improving and was experiencing a lot of lingering pain. She ended up in the school nurse’s office several times, the culmination of a serendipitous series of events that would change the course of her life.

The nurse listened to Danika as she explained her 14-year-long search for a diagnosis and thought she might have an answer for her. She told the teen to ask her physician to test her for hEDS. 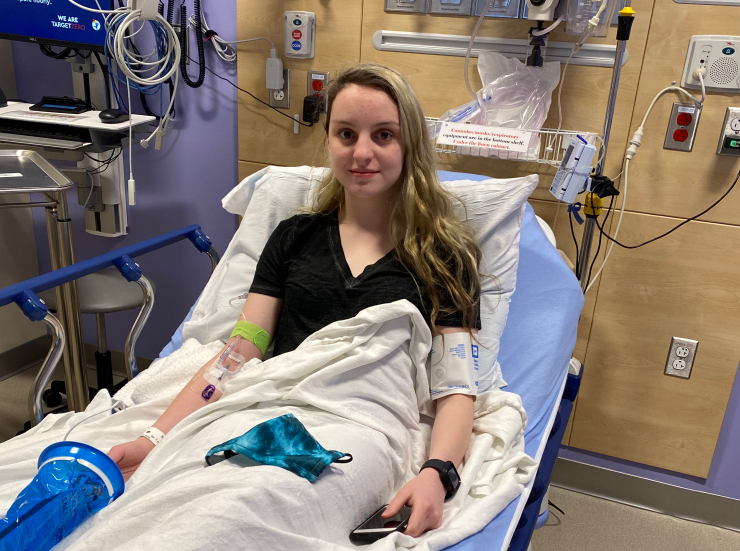 “She recognized some of the symptoms in me, and after seeing more doctors than I can remember the titles of, I was diagnosed with type III Ehlers Danlos Syndrome,” Danika said.

Her unwavering strength and tenacity paid off, and her journey to a diagnosis was over. But, it was a double-edged sword, the long-awaited answer bringing with it more questions and uncertainties.

“The news hit me harder than I thought it would,” Danika shared. “Even though I had always known something was wrong, the news of the diagnosis was (and is) still very difficult to deal with.”

“I was basically told that at 14 years old, my body was degenerating and it would only get worse from here. With EDS, there’s an algorithm you can use to figure out the age of your physical body. Given my age and injuries, as a now 17-year-old girl, I have the body of a 75 year old.” 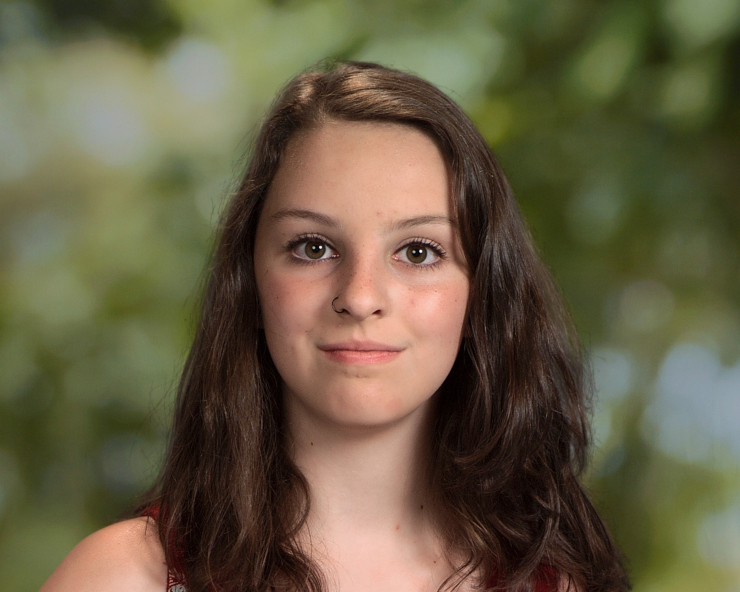 That has to be extremely difficult for anyone to comprehend, let alone a teenager who has spent her entire life being told that nothing is wrong and her symptoms are all in her head. And still, Danika did what Danika does. She didn’t quit.

Due to the lack of strength and connective tissue in her heart and vessels, Danika also has a secondary medical condition called POTS, or Postural Orthostatic Tachycardia Syndrome. The condition causes her blood to pool and not reach her brain quickly enough when she stands, sits up, or moves too quickly.

It also leads to many fainting episodes, fatigue, lightheadedness, nausea, and falls. Making matters worse, when she faints or falls due to the POTS, she often injures herself further because of her hEDS. 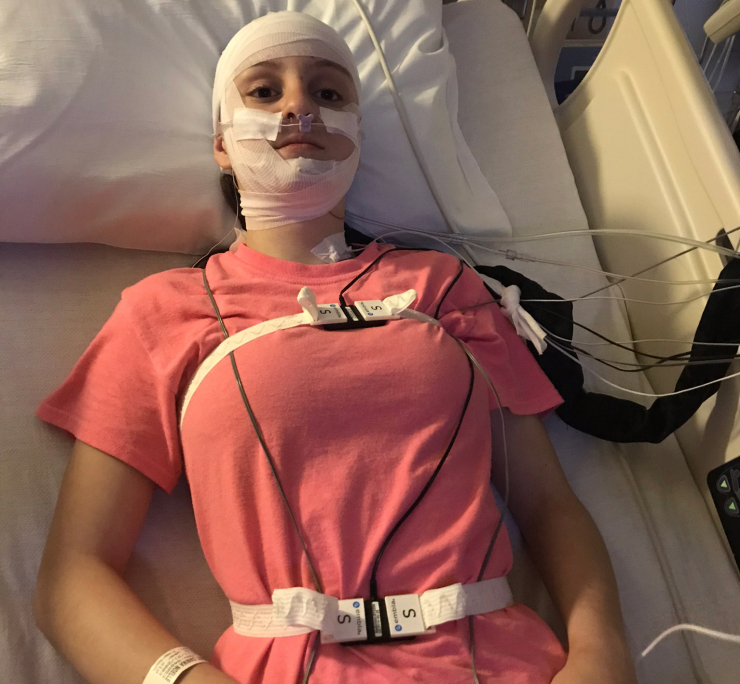 As these challenges piled up, Danika had enough and decided - once again - to take matters into her own hands. She spent months training the family dog, Jake, to scent-train and alert her before she passed out.

“Literally no one thought it was possible for me to do that,” Danika laughed.

You should know by now not to underestimate her, and Danika successfully trained Jake to alert her when her blood pressure dropped dangerously low. Things might have continued on that way for years, except for one major flaw that threw a wrench in her plans. 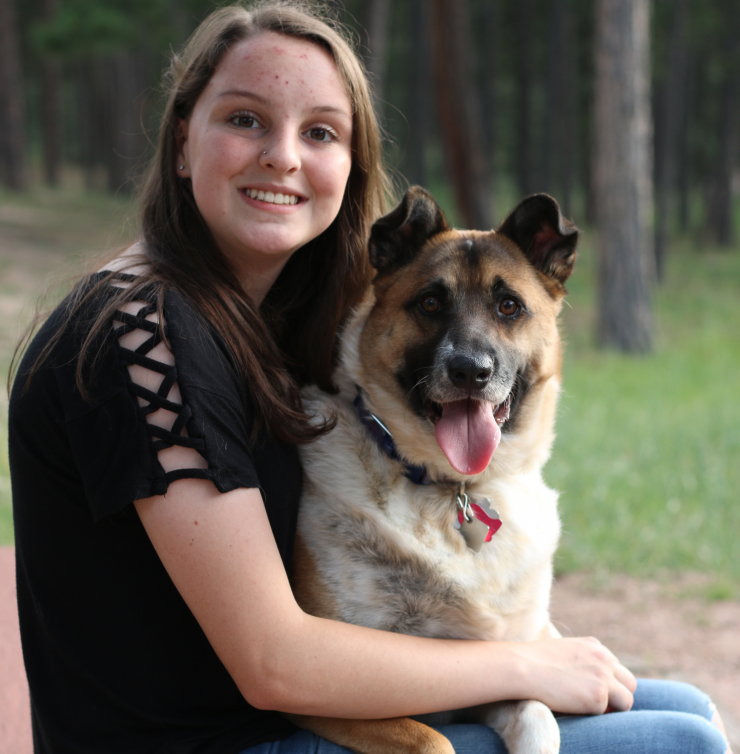 “Jake became very protective of me and aggressive toward anyone who tried to get too close while I was unconscious,” she said. “He was officially unable to continue as my dedicated service dog.”

Do you think that stopped her? 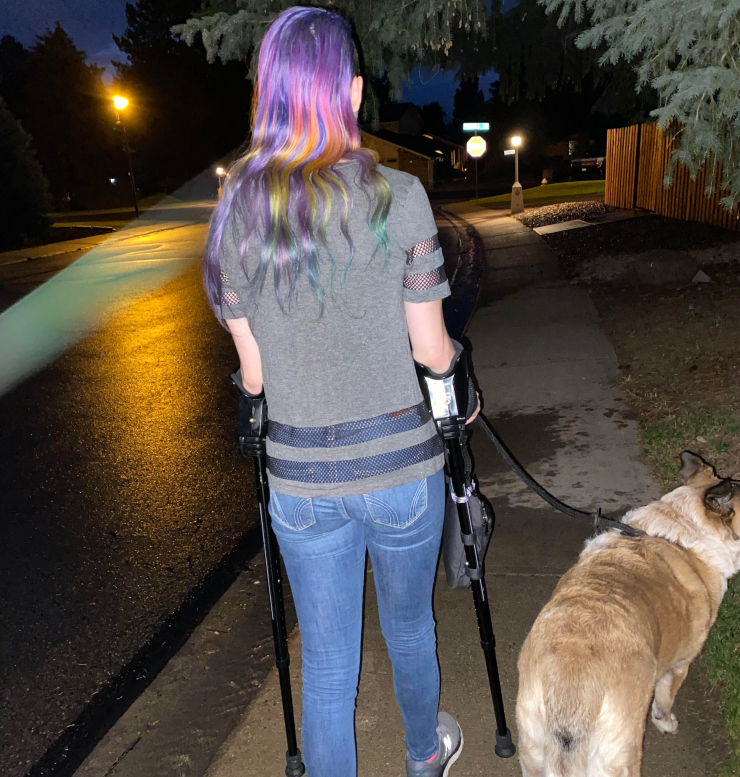 One day, Danika was walking around Kohl’s when she noticed a man with a service dog. She asked him how he got the animal and if she might be able to follow a similar process to get one of her own.

“He wrote down his name, Chris, and the words ‘Chive Charities,’” Danika told us.

Talk about serendipitous events, right? The girl who searched for years to find an answer - who embodies an underdog in every definition of the word - found an organization created for people just like her.

If ever there was a community whose sole purpose was to support the underserved, it would be this one. You answered Danika’s call for help in a huge way, providing a grant to cover the service dog adoption fee and specialized training for her service animal from our friends at Guardian Service Dogs.

And like Danika, we didn’t stop there. Chive Pets stepped in to fundraise additional dollars to cover a year’s supply of puppy care for her. All said and done, the total impact is a staggering $43,442.

That amount is higher than usual because of what the dog will be able to do for Danika, including: Seizure and emergency alert button training, adrenaline detection, self-harm interruptions, blood pressure detection, and 7 lower-level training tasks.

This will be the service dog of all service dogs and it will drastically improve Danika's life. 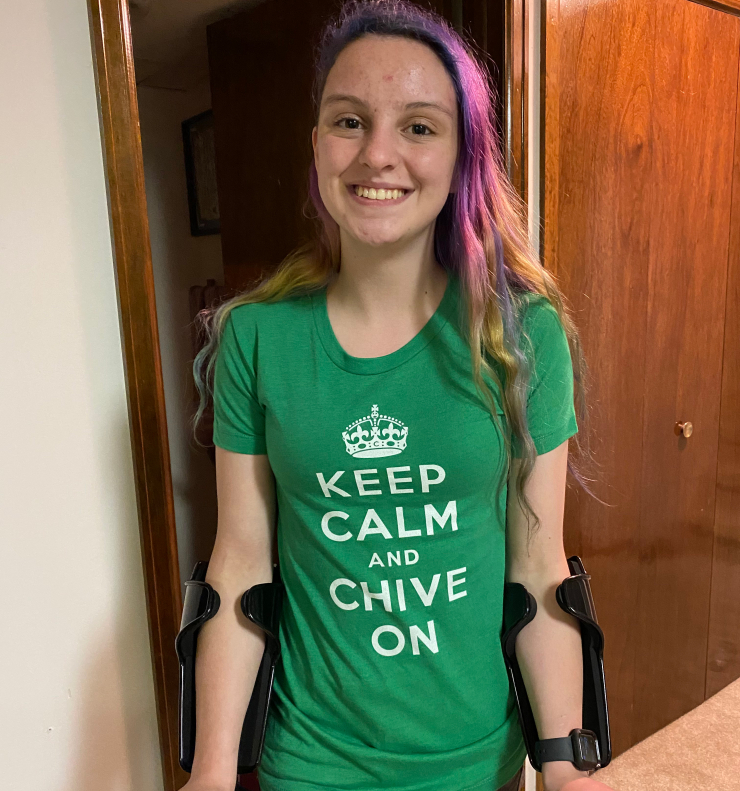 And for someone who has spent her entire life tirelessly advocating for herself and pushing for more, the impact is priceless.

“Having a service dog will give me the support that I need, as well as the necessary confidence to go out and help others, which is what I want to do with my life,” Danika said.

“The impact of this grant cannot be measured. I am so very appreciative and humbled that Chive Charities has selected me as a beneficiary of their wonderful program. And to the donors, personally, thank you for your unmeasurable generosity and kindness.”

It’s one thing to talk about perseverance, to detail the importance of determination, and grit, and never giving up. But to live it? To approach each challenge with a grace and tenacity that defies all expectations? That takes something else entirely. That takes someone like Danika. 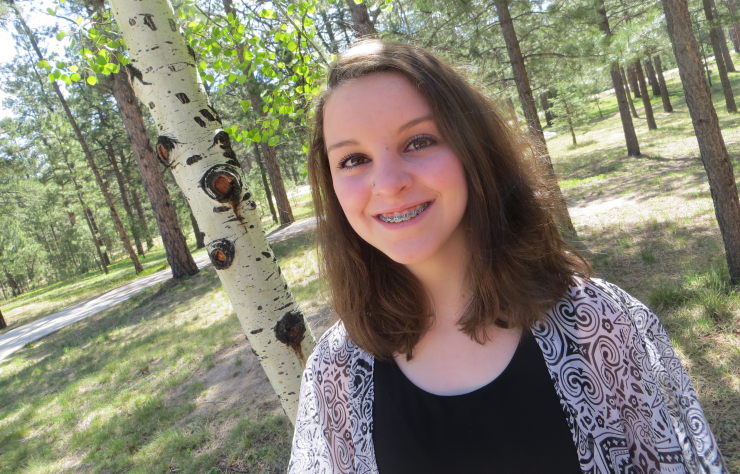 Like her, we’ll never quit moving forward. We’ll never stop looking for ways to serve the underserved, to champion the underdogs, to create life-changing impact. We’ll never stop working to make the world 10% happier. You can become part of that with us by becoming a monthly donor today. Join the movement and see your impact every week. DONATE HERE.