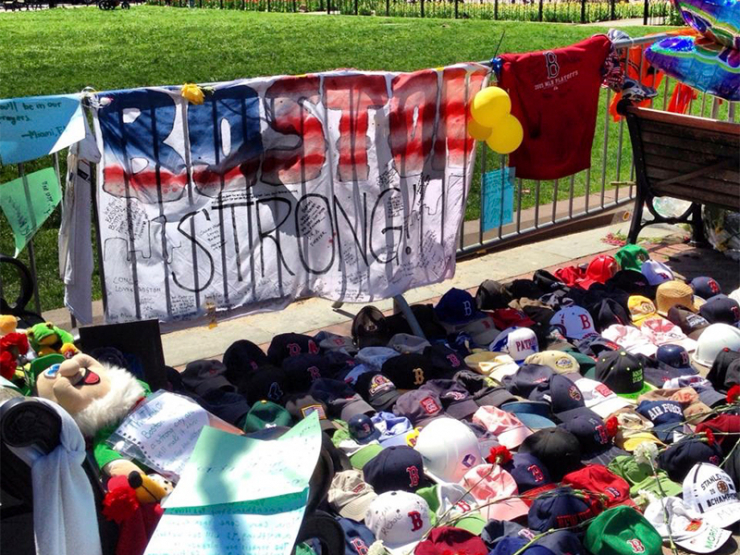 The halls of Boston Medical hospital were fraught with panic. No one could have imagined that the Boston Marathon of 2013 would end in one of the most dramatic acts of domestic terrorism the U.S. has ever seen. In the days after the Boston Bombing, 17 people woke up in hospital beds not just to a new day, but to a new life; a life with missing limbs. Among the chaos, one thought rang clearly: many lives would never be the same. 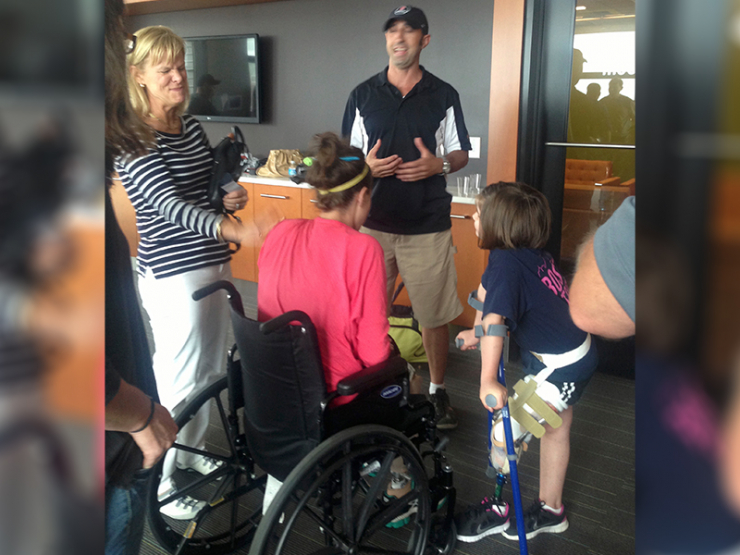 This is the scene the volunteers from para-athletics advocacy non-profit Wiggle Your Toes found themselves in when they arrived in Boston a couple days after the bombing. They had been called in to do what they do best: provide perspective, resources, and hope to amputees who want to live life to the fullest. And, just like they’ve done for years at home in Minnesota, they made quite an impression. 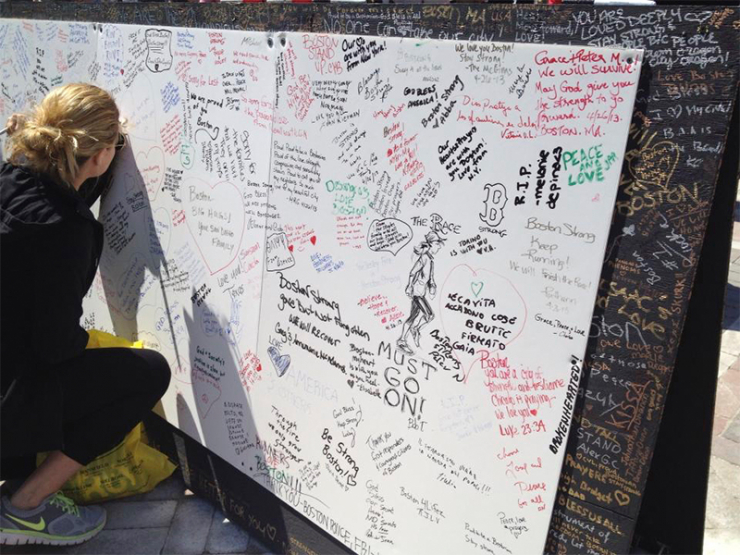 As the group of volunteers, several of whom were amputees themselves, walked the somber hospital halls to present their next informational session, a light of hope seemed to follow them. "When I see you,” one amputee patient told them, “I see the future - and I know that everything is going to be alright." 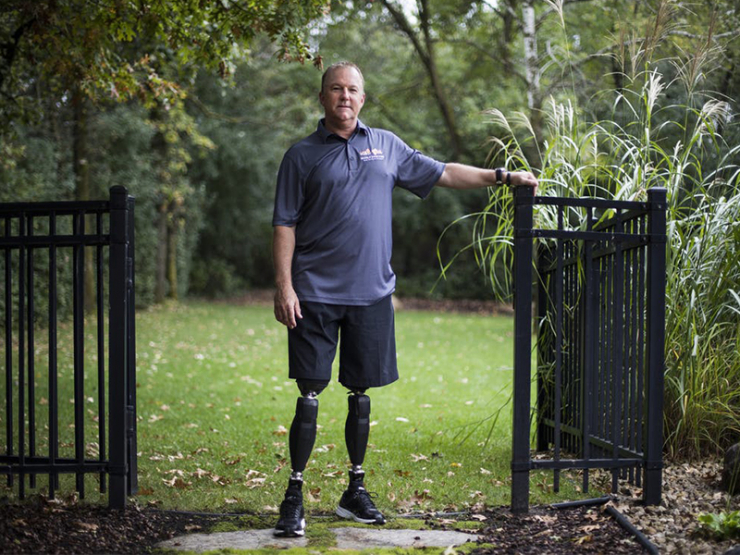 When Aaron Holm founded Wiggle Your Toes in 2007, he lacked such hope. After helping a stranger change their tire on the side of the road, he was struck by an oncoming car. He woke up in a hospital bed, scared that he felt unable to move his toes. Then it dawned on him: he couldn’t move them because they weren’t there. He lost both legs below the knee. 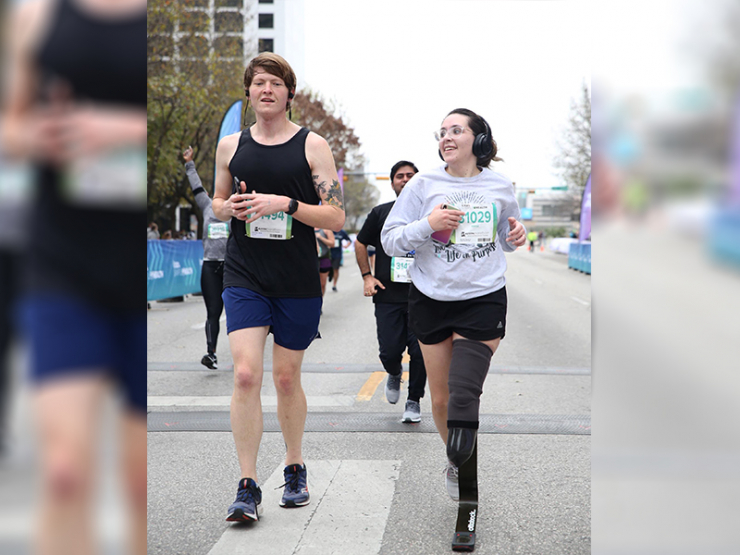 Aaron felt lost and increasingly frustrated as he tried to get information and perspective about how to live his life after the accident, and realized there simply weren’t resources for people like him. So he vowed, while healing in his hospital bed, to be the light for others that he was not able to find. For over a decade, Wiggle Your Toes has helped hundreds of amputees heal, recover and flourish. Through personalized support, practical answers and advice, resources and tools, the foundation acts as a beacon of hope and lifeline for individuals navigating the aftermath of an amputation. 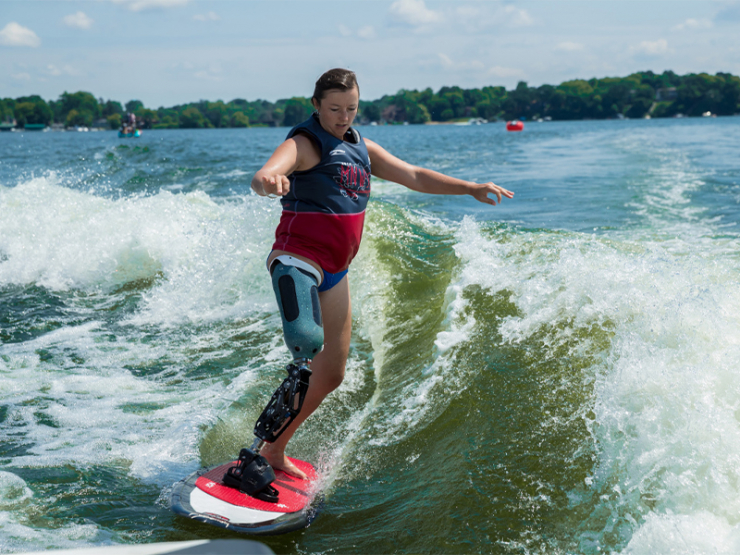 One of the resources Wiggle Your Toes uses to empower amputees is their Flourish Program, which provides resources to individuals who have reached the point of their recovery where new health and fitness goals can be set. Through Flourish, amputees can apply for grants that can include adaptive prosthetic sports devices, sport chairs and even funding for travel to milestone sporting events they wish to participate in. 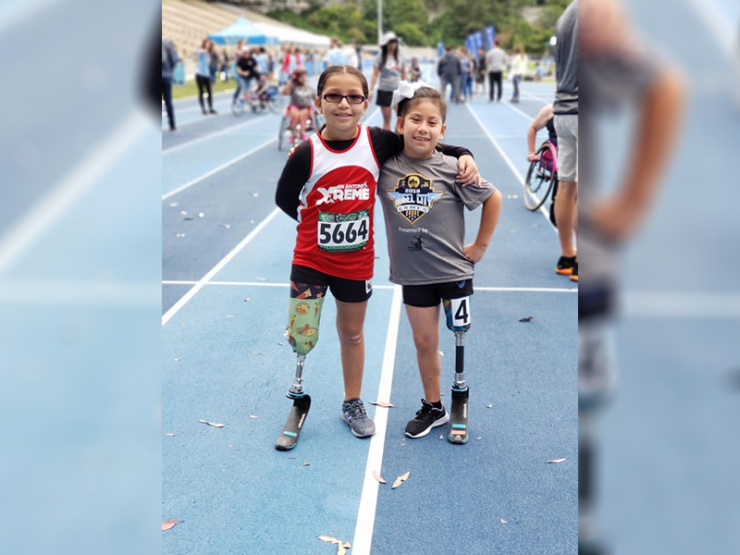 Insurance providers deem adaptive sporting equipment as not medically necessary and thus many amputees are forced to pay out of pocket for devices that enable them to perform any activity outside of normal walking. Without access to programs like Wiggle Your Toes, many amputees are limited in their ability to achieve progressive health and fitness goals. 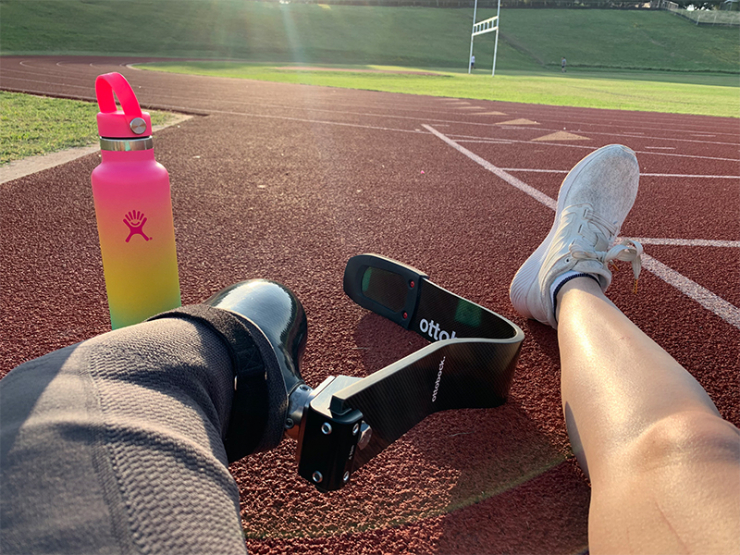 That’s why Chive Charities’ is thrilled to help Wiggle Your Toes do what they do, with a grant of $10,000 which will outfit 8 soon-to-be athletes with adaptive sports gear! If that seems like a huge impact from a relatively not-huge amount of money, it is. One thing that makes Wiggle Your Toes such a unique and impactful organization is the deep discounts they are able to pull together, which result in more prosthetics in the hands of more amputees. 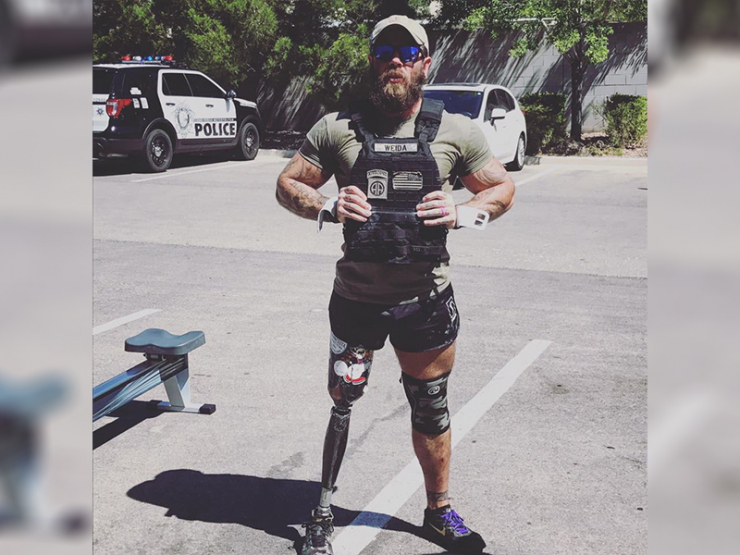 This cause is especially close to our hearts because our group of recipients --Veterans, First Responders, and folks with rare medical conditions-- are so often faced with mobility issues, and the impact of these issues can be life-changing. Some of our heroes, like recipient Amanda G. and our board member Charles Swearingen, though, have used these situations, and the power of sports, to truly change their lives for the better. 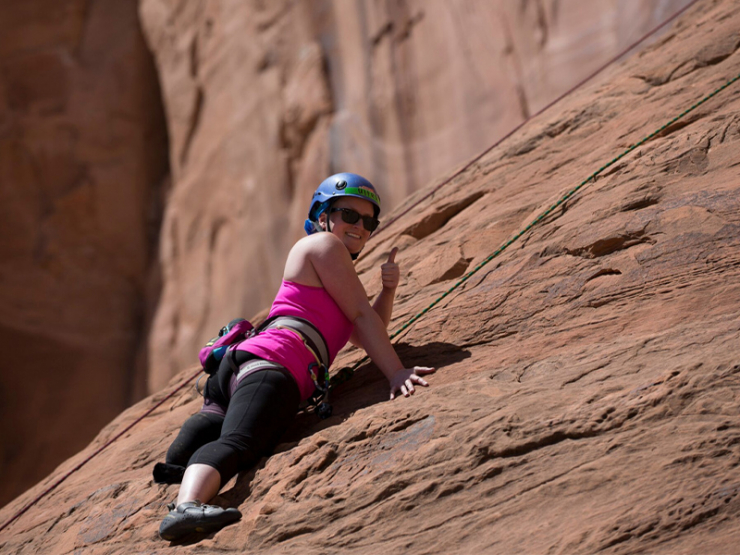 When our recipient Amanda lost her leg to cancer (which she beat 5 times, by the way) she knew that she had to keep doing all the sports she loves. It wasn’t a want, for her, it was a need, regardless of what insurance companies may say.

“Sports helped me learn how to be part of a team,” Amanda told us.  “I learned how to fail. I learned how to be both a gracious winner and loser. Sports continue to be a huge part of my life. Having a prosthesis that fits helped make playing sports so much easier and more comfortable and I consider myself very lucky.” 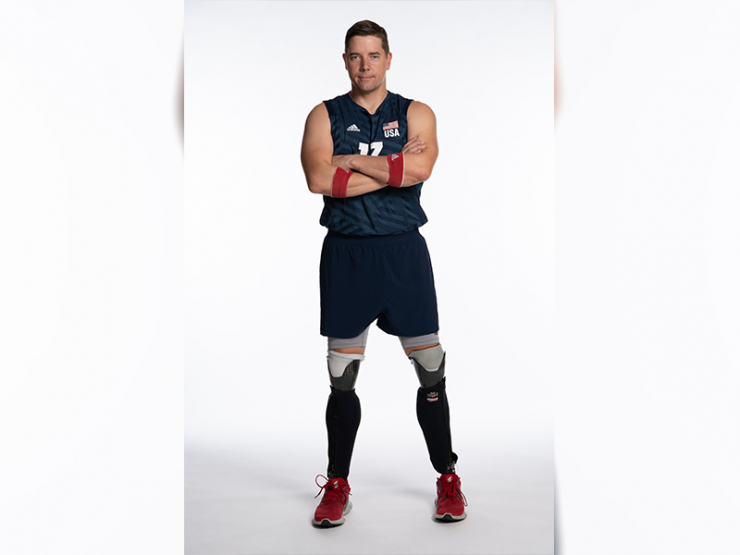 Charlie Swearingen, our board member who is also a paramedic and Paralympian (EDIT: Who we just found made the Team USA roster again!!) credits sports with shaping him into who he is as well. “I have always had a good work ethic. Sports provided me an outlet to spin that work ethic into a skill set allowing me to travel all over the world, including the Olympics. It was easy to take the discipline and drive to other aspects of my life. Without sports in my life, I would be a completely different person, and I like me now.” 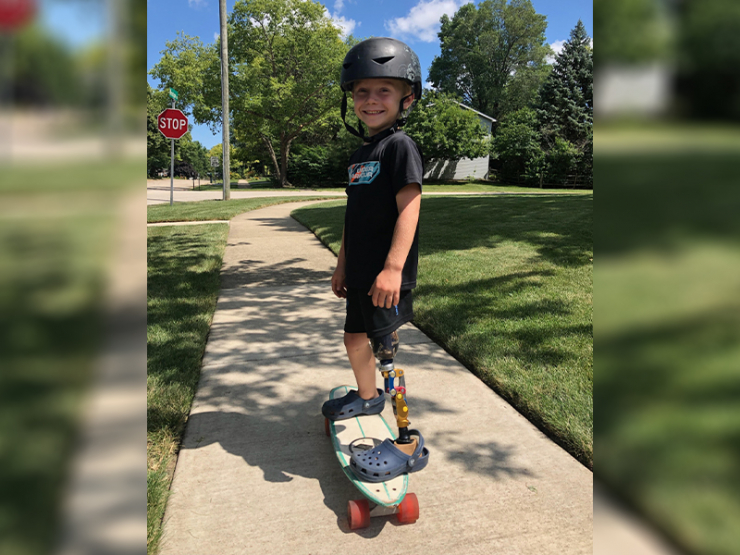 Everyone deserves to love who they are, and for many, health and fitness are essential ways to get there. Your donations to Chive Charities will give the next Amanda, or Charles, or Aaron, the chance to become who they really are. We wouldn’t be able to support amazing non-profits like Wiggle Your Toes without your monthly donations, so thank you, donors! And to those who are finally ready to make the leap, you can become a donor and supplier of happiness right HERE!