If a place exists below rock bottom, Chele was there.

The former first responder had been dealing for years with chronic leg pain stemming from an injury that happened on duty. Doctors had recently broken the news that they needed to amputate her leg below the knee. Since the accident, Chele had fallen into deep depression. The physical pounds started piling on while the weight of the world bared down on her. Without seeing an end to the darkness, Chele tried taking her own life in August 2015.

Hearing about her suicide attempt, a Marine named Nico Marcolongo reached out to Chele. Nico is the Senior Manager of the Operation Rebound program at the Challenged Athletes Foundation (CAF). There’s no one more passionate about empowering injured first responders and veterans than Nico. His pitch to Chele that day was simple – hop on a plane and come out to southern California to see what we’re all about. “If it isn’t for you,” he told her, “we’ll fly you back to New York and you won’t hear from us again.”

Chele’s life was about to change… 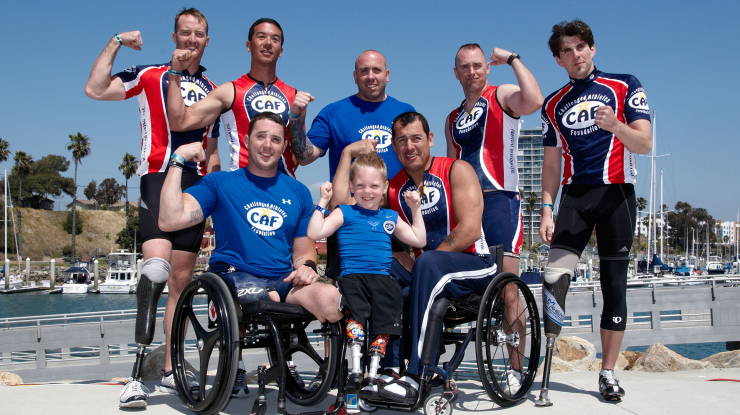 Over 25 years ago, Challenged Athletes Foundation was founded to provide opportunities to adaptive athletes, supporting individuals with permanent physical challenges where they need it most. Their Operation Rebound program helps first responders and veterans by covering out-of-pocket expenses ranging from a $3,000 basketball wheelchair to a $20,000 running prosthetic. By providing injured first responders and veterans with sports equipment, coaching and travel expenses, Operation Rebound is giving our nation’s heroes a chance to rebuild confidence, gain strength and build relationships that will positively impact their lives forever. 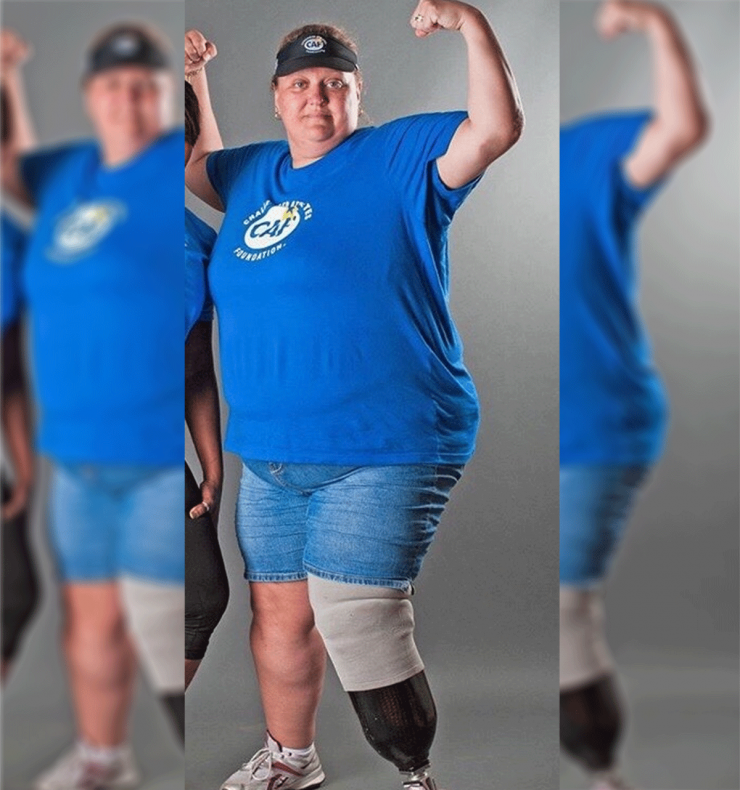 When Chele showed up in San Diego to meet Nico and the Operation Rebound athletes, she was nearly 175 pounds overweight and struggling to adapt to her life as an amputee. “I felt like I was standing still and the world was flying past me at a dizzying speed,” she told us. “I couldn’t focus and I couldn’t find my way.” Chele watched as other first responders and veterans, many of whom had overcome the same challenges she was struggling with, completed a triathlon. Chele was filled with a tiny seed of something she hadn’t experienced in years – hope.

On the way back to the airport from the triathlon, her CAF driver asked if she’d be back for next year’s event. “Of course I will,” Chele responded. Her driver turned to her and smiled, “I meant to participate as an ATHLETE.” In that moment, Chele made a decision not only to say “yes” to participation but to say “YES” to life itself. 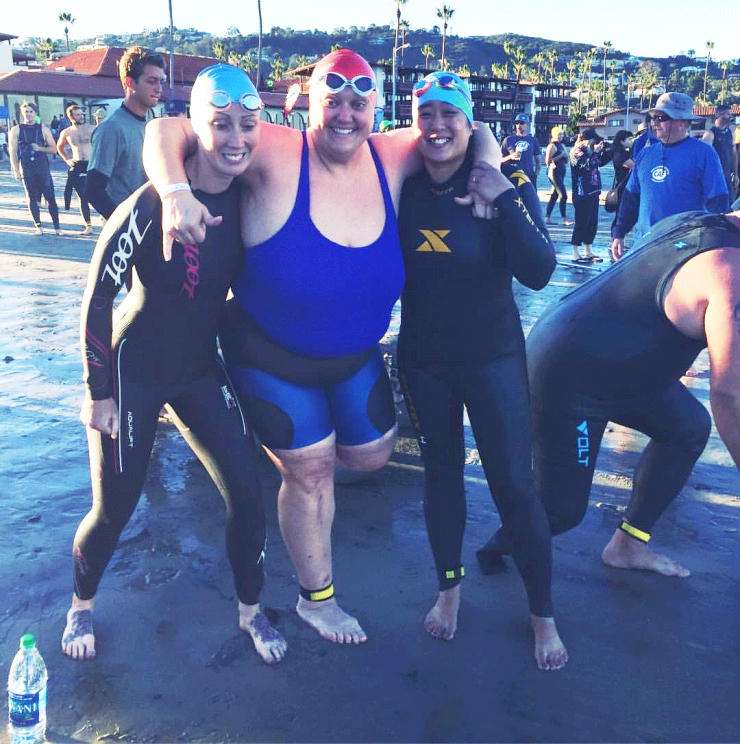 A year later, as she was completing her first triathlon mile-swim she couldn’t help but display a grin from ear to ear. With the support of Operation Rebound she began to transform her life and become a positive force to those around her. 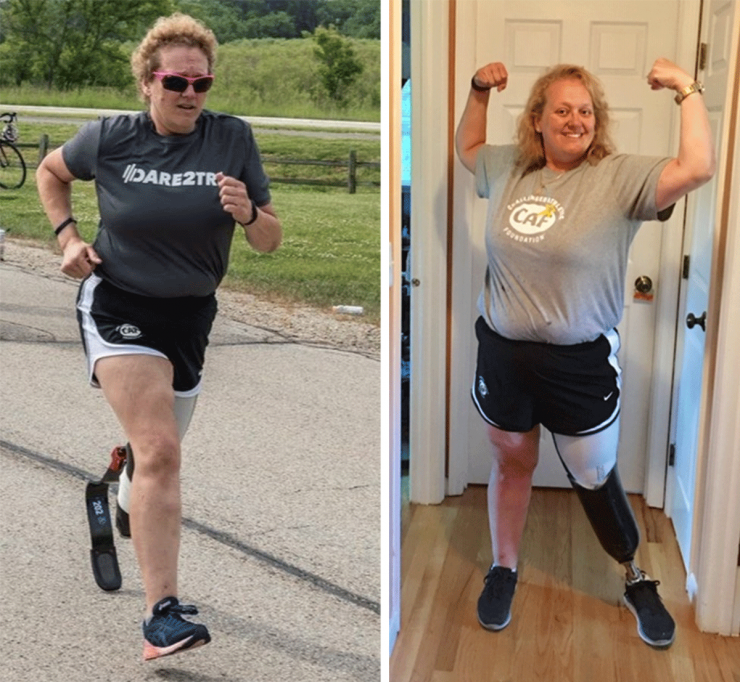 Since her dark times, Chele has lost nearly 200 pounds. She’s become a shining example of the impact CAF’s Operation Rebound program can have on a single life. To date, the Challenged Athletes Foundation has impacted over 26,000 lives in all 50 states, 70 countries and in 103 different sports. 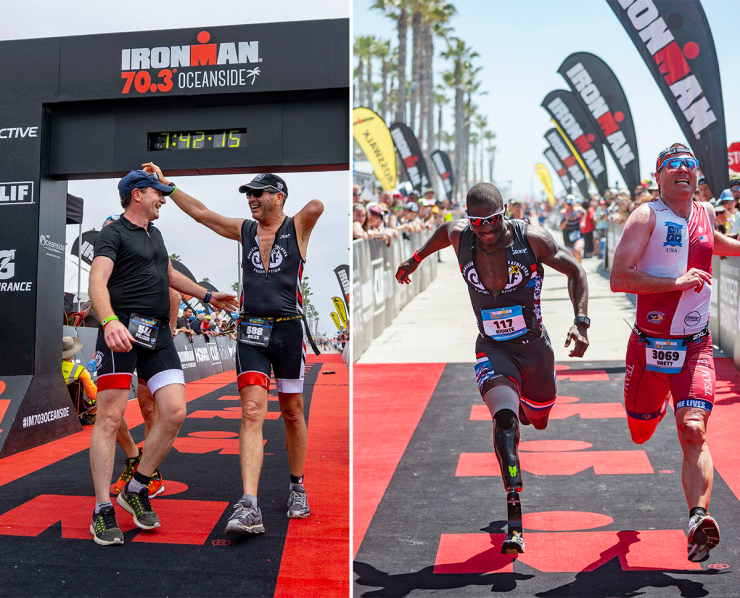 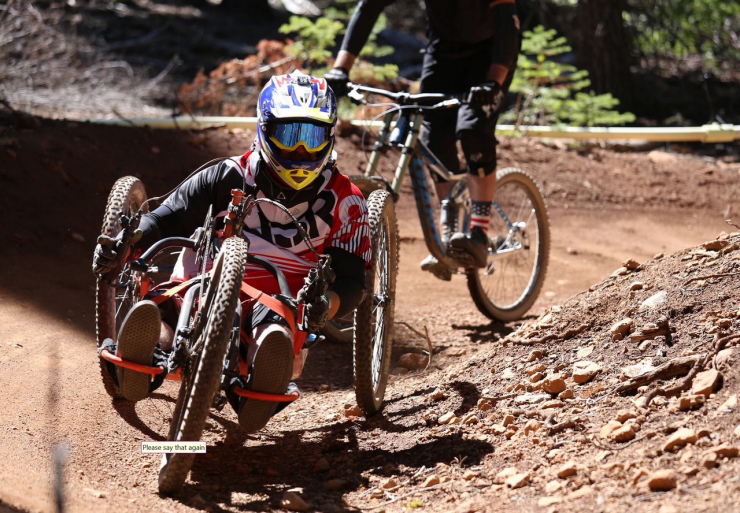 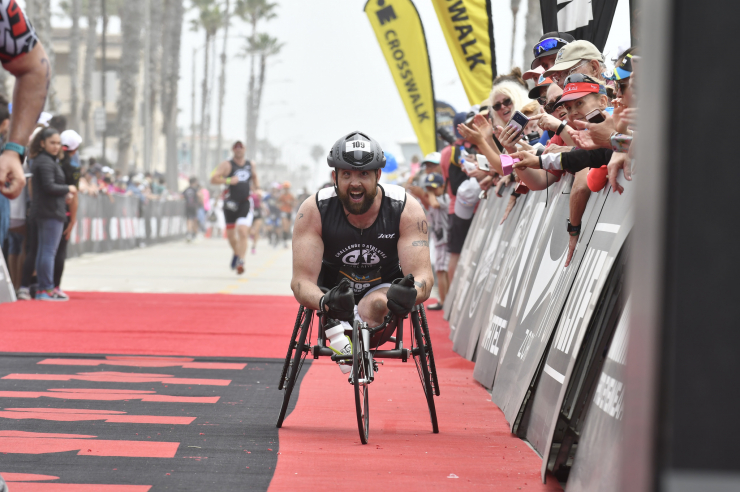 Operation Rebound helps our nation’s heroes by filling in the gaps where others fall short, something we’re quite familiar with here at Chive Charities. So when they reached out requesting support and invited us to change deserving lives with them we were more than happy to answer the call. Thanks to our Chive Charities monthly donors, we’re handing Operation Rebound a $10,000 check which will give 7 first responders with permanent physical disabilities access to sports through equipment, training and competition grants. 7 lives changed and potentially 7 lives saved because you never know who could be the next Chele.

A huge thank you to everyone that supports Chive Charities and the causes we support. If you would like to help us change the next underdog’s life, donate to Chive Charities RIGHT HERE

If you know of a first responder or a veteran that could benefit from the Operation Rebound program, you can find out more information HERE