If we relied on Hollywood’s depiction of summer camp, no kid would ever step foot in one again. 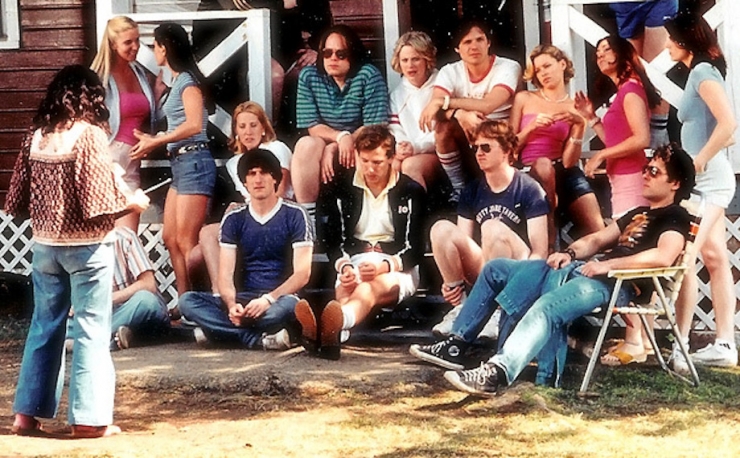 Apparently, the counselors are inept. 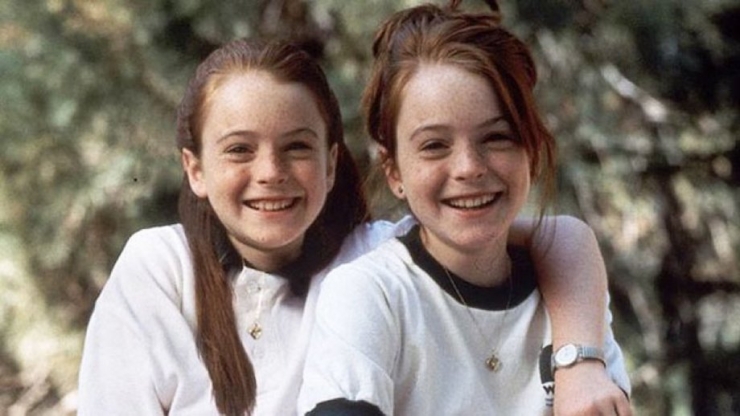 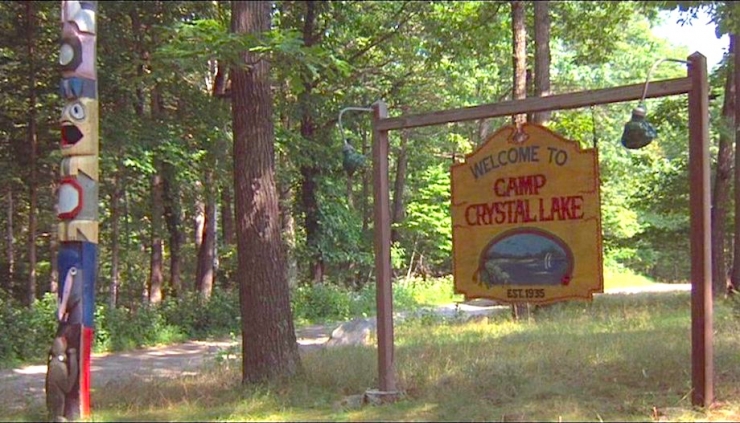 P.S., why would anyone make a movie that could possibly scare kids out of going to what equates to the best two weeks of summer for parents?? 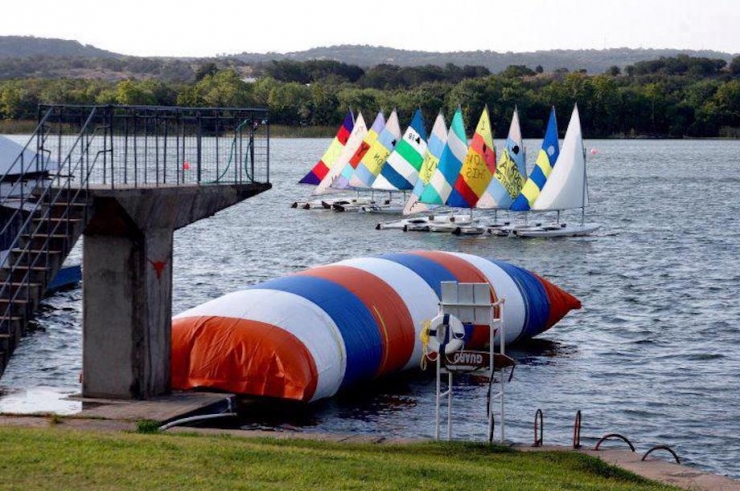 Fortunately, this is what most overnight camps actually look like, and I have it on good authority the staff, activities, and location are usually on the up-and-up.

There are, however, lots of kids who don’t go to traditional summer camp. It’s really expensive, for one thing, and others just don’t dig that kind of experience. So much team-building. So many crafts. The whole color wars thing... 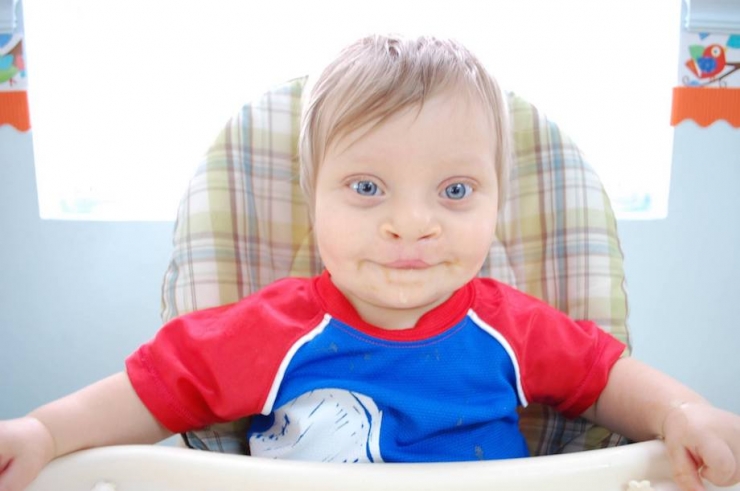 For other kids, like the precious ones at DLC Nurse & Learn in Jacksonville, Florida, traditional summer camp just can’t accommodate their special needs. DLC is actually a full-time preschool and extended care facility for children of all abilities, and they’re bridging the gap in special needs summer care. 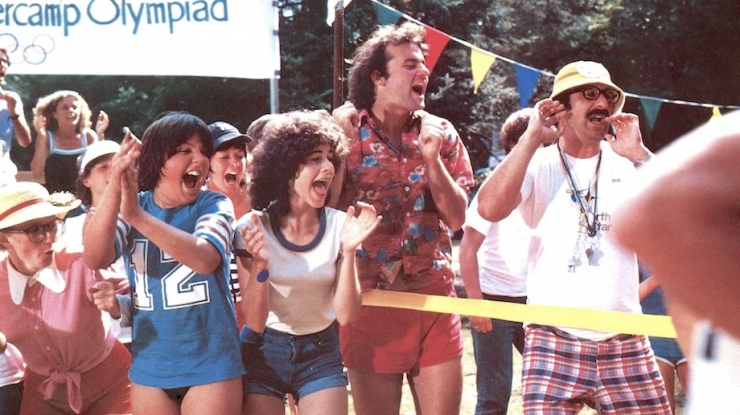 The American Camp Association reports there are more than 12,000 day and overnight camps in the U.S. with every kind of theme and activity you can imagine. Is there really a shortage of options? After talking with DLC founder and director Amy Buggle, I understood the difference. 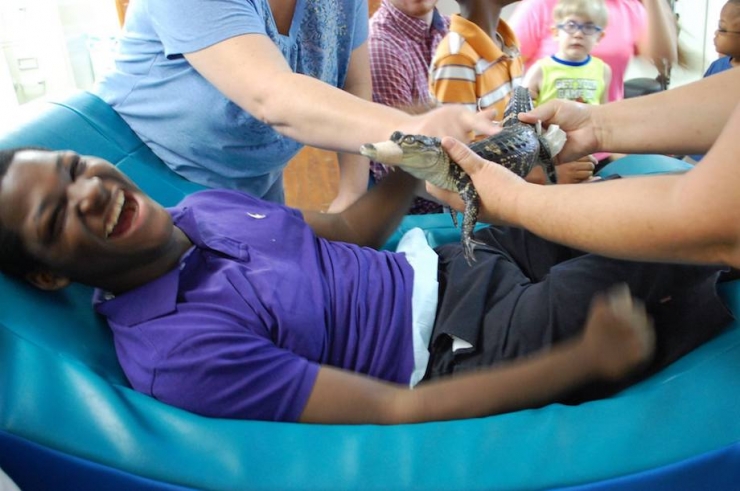 “We can take our kids to the zoo, for example, but they kind of get lost in the shuffle. They don’t do well sitting through presentations or in those big crowds,” Amy explained. And, she added, managing so many kids in wheelchairs and walkers is pretty impossible on a field trip.

So, DLC brings it all in-house. We’re talking arts and crafts, yoga, water play, sing-alongs, the usual fare, plus critical therapy programs to keep their development progressing, right there where kids are comfortable. 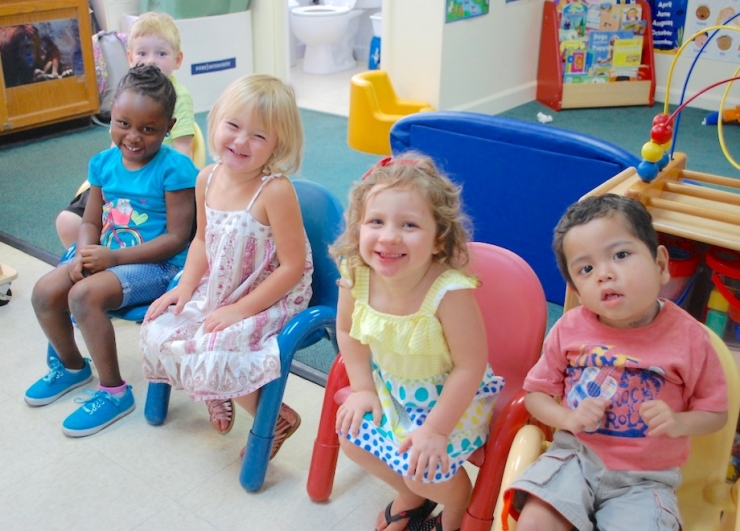 “What would these kids do all summer if they didn’t come here to camp?” I asked Amy.

“Well,” she started, “Most kids would be at home. They might have one-on-one nurses, but they would be by themselves, unable to interact with other kids. In a lot of cases, families are forced to stay at home to care for their special needs child, so they’re unable to work.” I let that sink in for a minute, then launched into some hardcore investigative journalism. 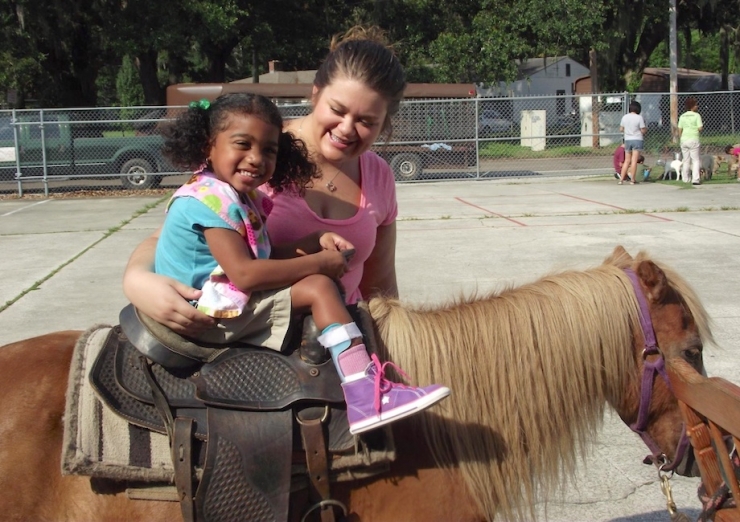 “Definitely the pony rides,” Amy laughed. Her staff agreed wholeheartedly. “We bring in a cart for kids who aren’t stable enough to ride in the saddle,” she added. A cart? 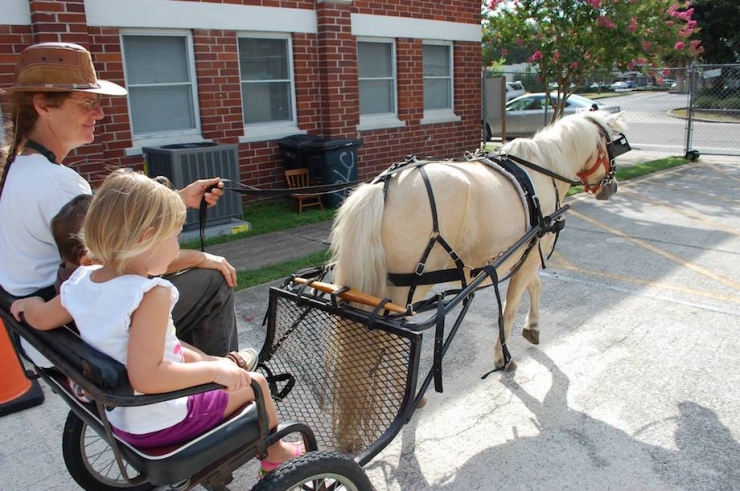 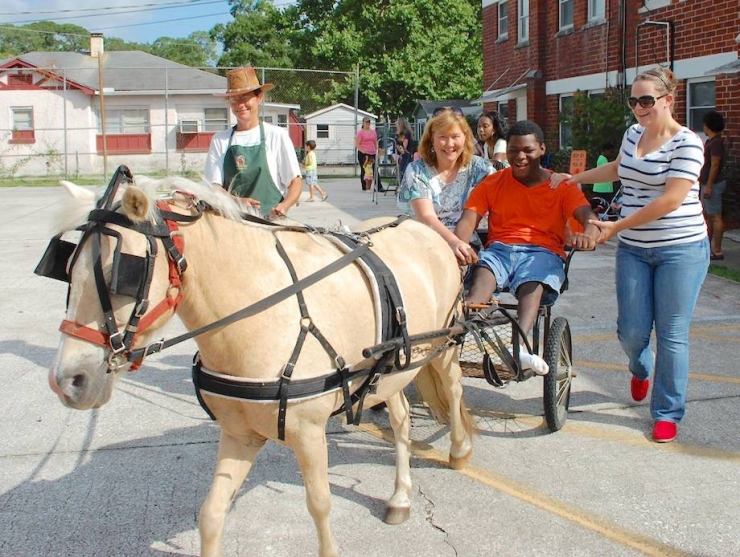 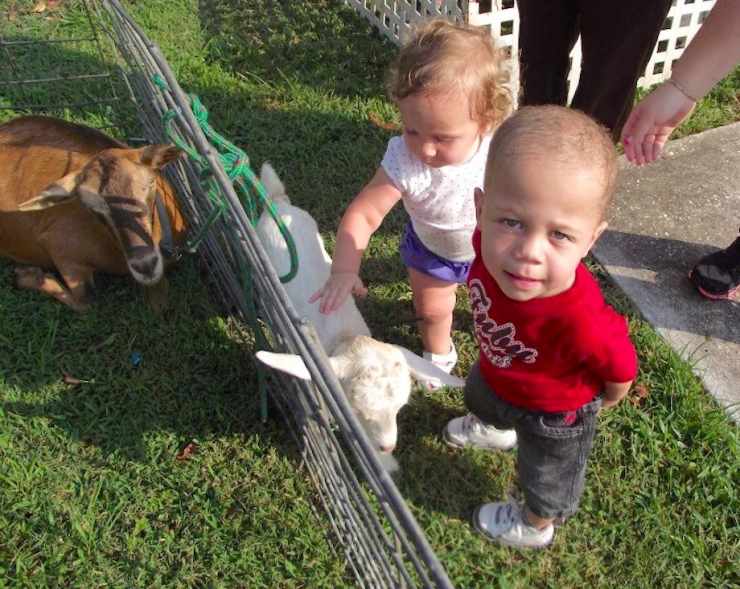 Like most kids, teenage girls, and the general female population, summer campers at DLC rank the petting zoo high on the list as well. 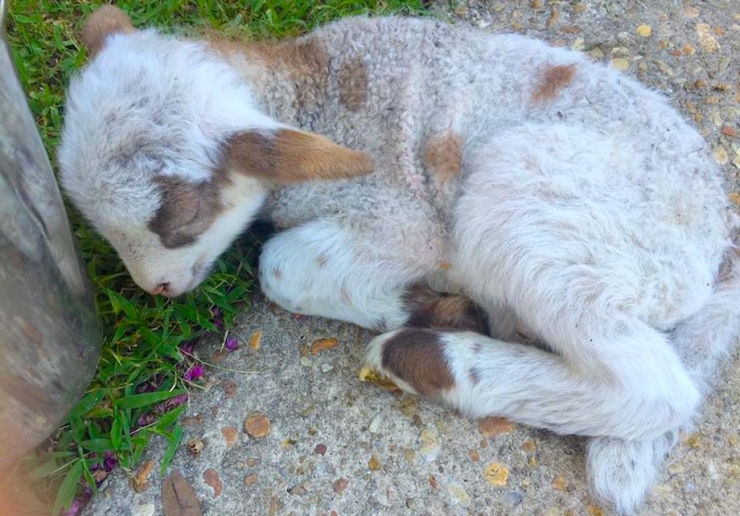 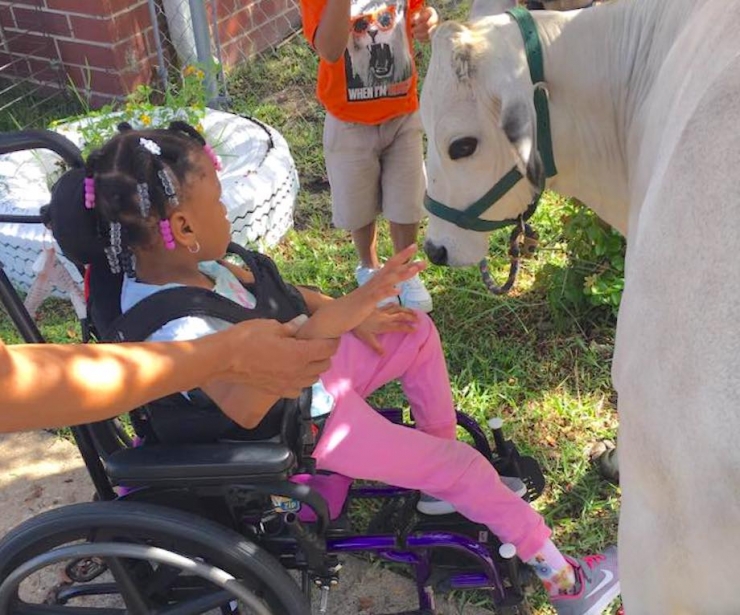 It gives kids in wheelchairs a chance to get up close and personal with the animals without leaving their chairs, and helps kids with sensory issues gently push their boundaries in an environment that doesn’t. 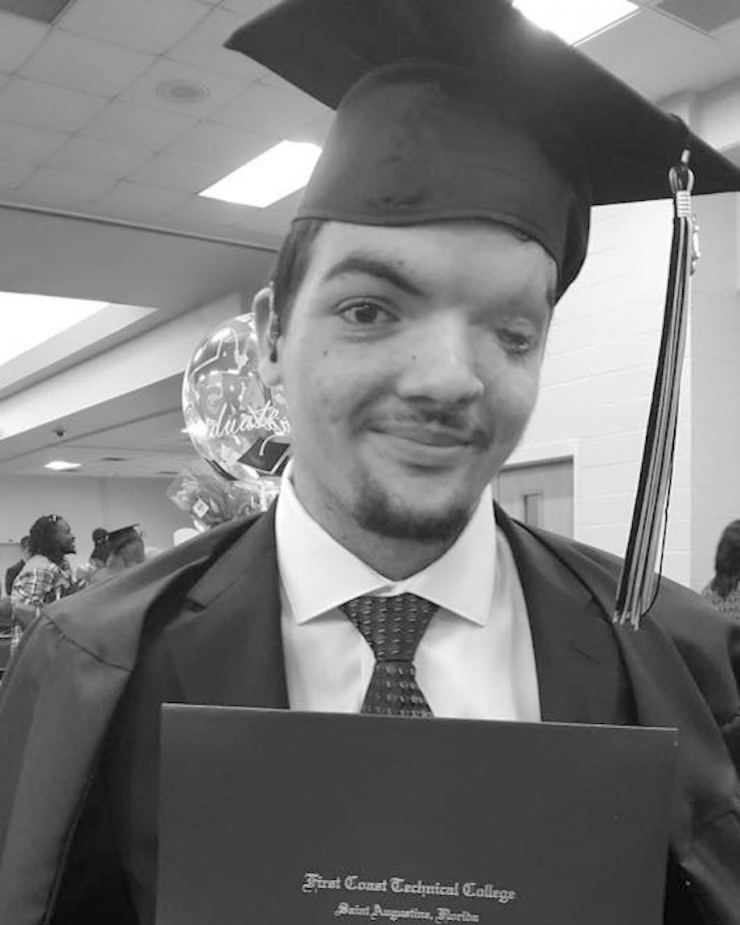 Simon first came to DLC at five months old. He was a preemie with Walker-Warburg’s lissencephaly and doctors didn’t expect him to live past age three. On a full scholarship, Simon went through the programs at DLC, and recently graduated from high school a year early. This kind of success story isn’t unusual here. 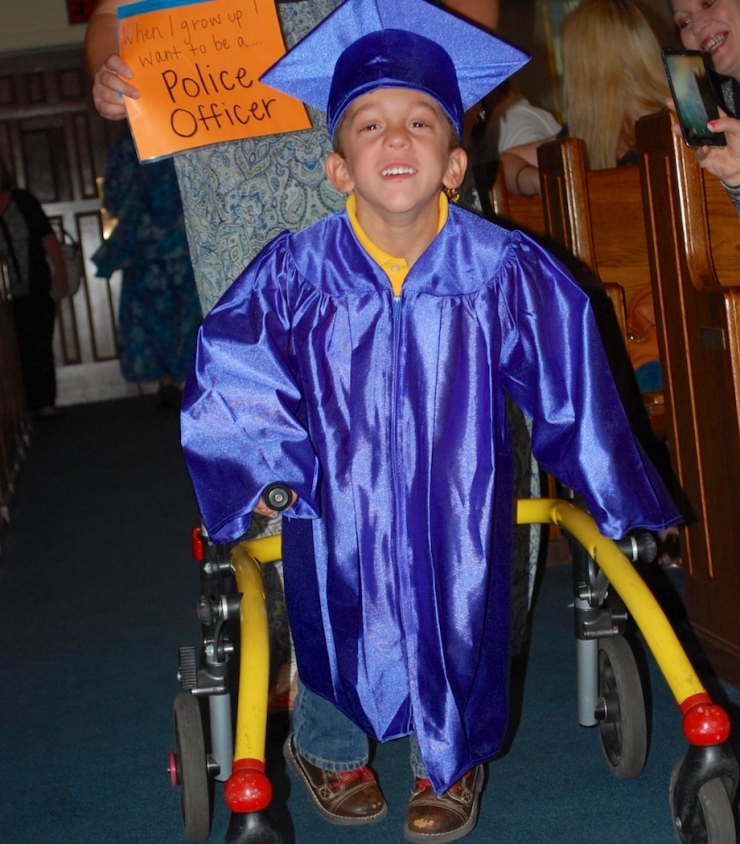 “How many kids do you think you’ve helped since you opened in 1989?” I asked Amy. The staff made a few rumblings – I pictured them looking at the ceiling, thinking about all the kiddos that have passed through their doors over a span of 28 years – and they agreed it had been somewhere around 3,700. That’s a whole lotta lives made so much better by one group of people. Impressive. 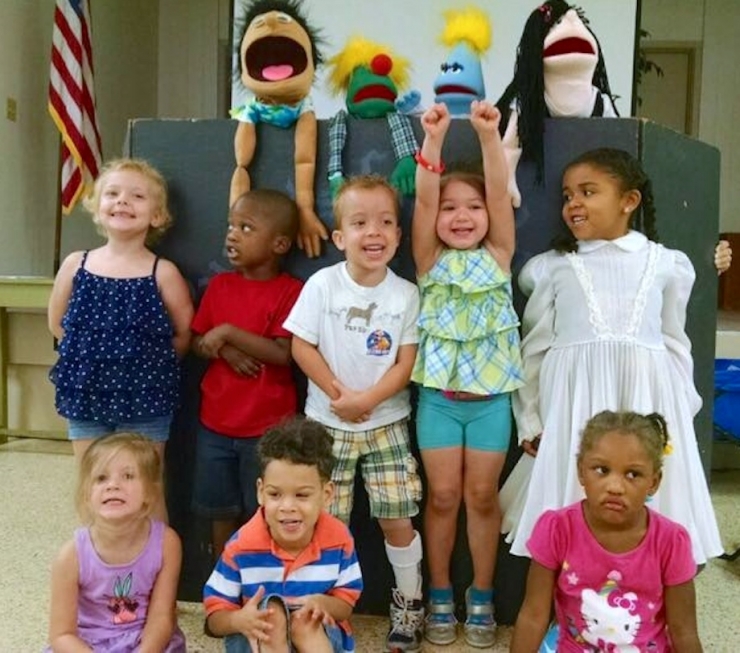 It doesn’t come without a price tag. A big one.

“A lot of our families are struggling financially,” Amy explained, “So, we’re always looking to offset costs to make sure they can afford the programs they need.”

If you picture “the blob,” sailboats, and footlockers packed with monogrammed towels, summer camp seems like a luxury, not a necessity. But then you see the good happening in programs like DLC’s, the miracles that happen and the families that thrive, and the need becomes very clear. 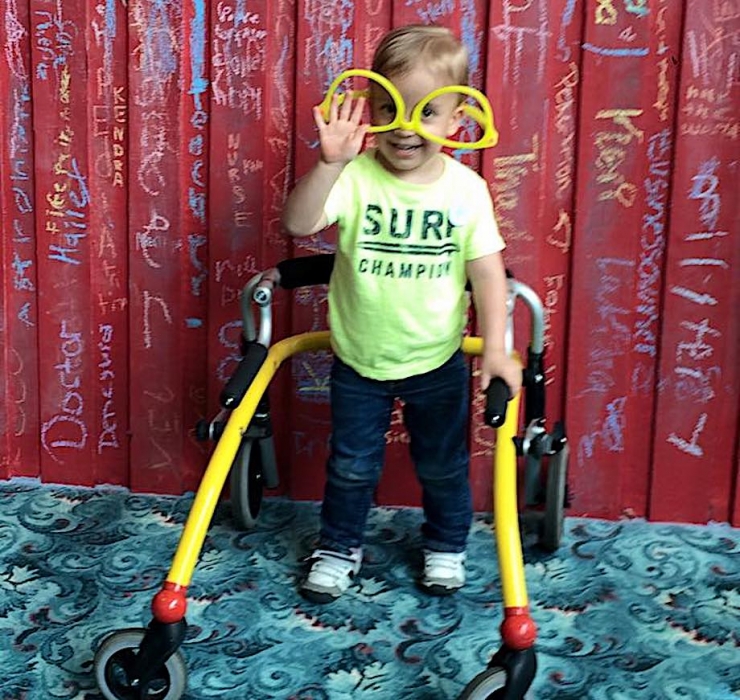 Think of how many miracles we could inspire if YOU became a monthly Green Ribbon donor! Click right HERE to make dreams come true for more incredible kids.