funded the full cost of their service dog from 4 Paws for Ability and a digital smartwatch that can alert Joy and Shawn to Leon’s seizures while they wait for their dog to finish training.

It was a chilly January morning and Joy Dunaway was potty training her three-year-old son, Leon. 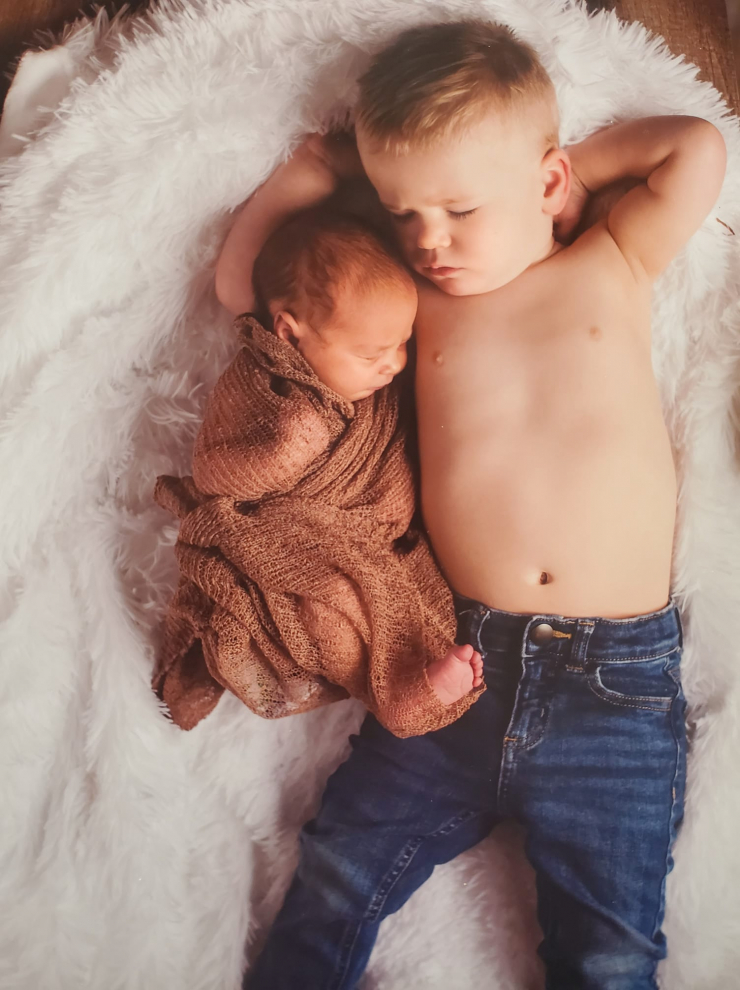 She sat in the room next to him, running through her to-do list and mentally planning out the rest of the day when she heard a small thump from the bathroom. Initially, she assumed Leon had dropped the phone he had been holding and didn’t think much of it. Then, moments later, a second thump. 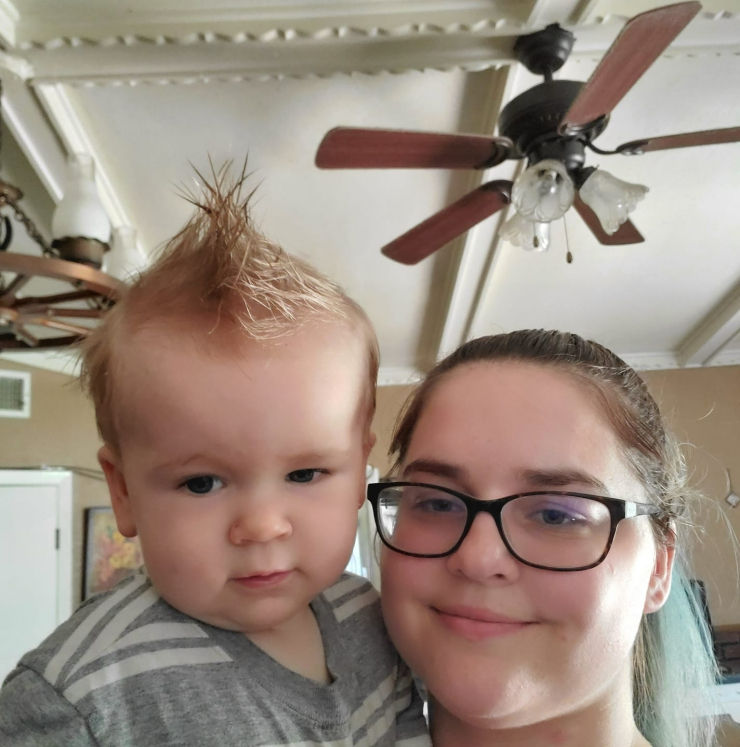 Joy paused for a fraction of a second before dropping what she was doing and running into the bathroom. She nudged open the door, finding her son on the floor in the middle of a violent grand mal seizure.

“It was horrifying,” Joy said, her voice catching in her throat. “The first thing I could think to do was to turn him on his side. As I kneeled beside him, the second thing I thought was to videotape it so I could show the doctors what had happened.”

A grand mal seizure causes a loss of consciousness and violent muscle contractions. It’s the type of seizure most people picture when they think about seizures. Usually, a grand mal seizure is caused by epilepsy – something that was all too familiar to Joy long before Leon experienced his first seizure that day. 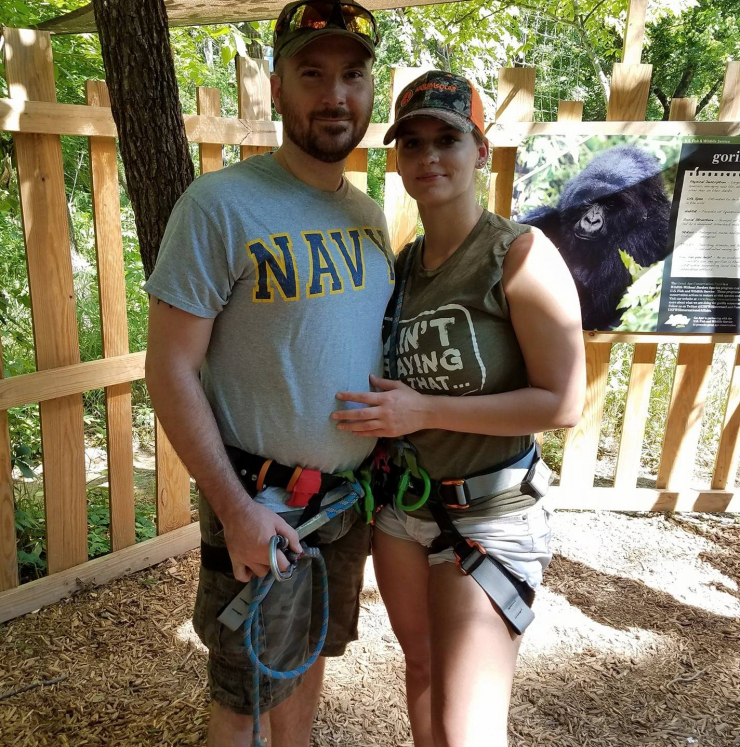 When she was just 10 years old, Joy was diagnosed with epilepsy. As the first in her family to have the condition, Joy and her medical team were uncertain of a genetic factor (about 30-40% of epilepsy is caused by a genetic predisposition), instead, likening it to random chance. She and her husband, Shawn, decided to have kids, trusting that the odds were in their favor. 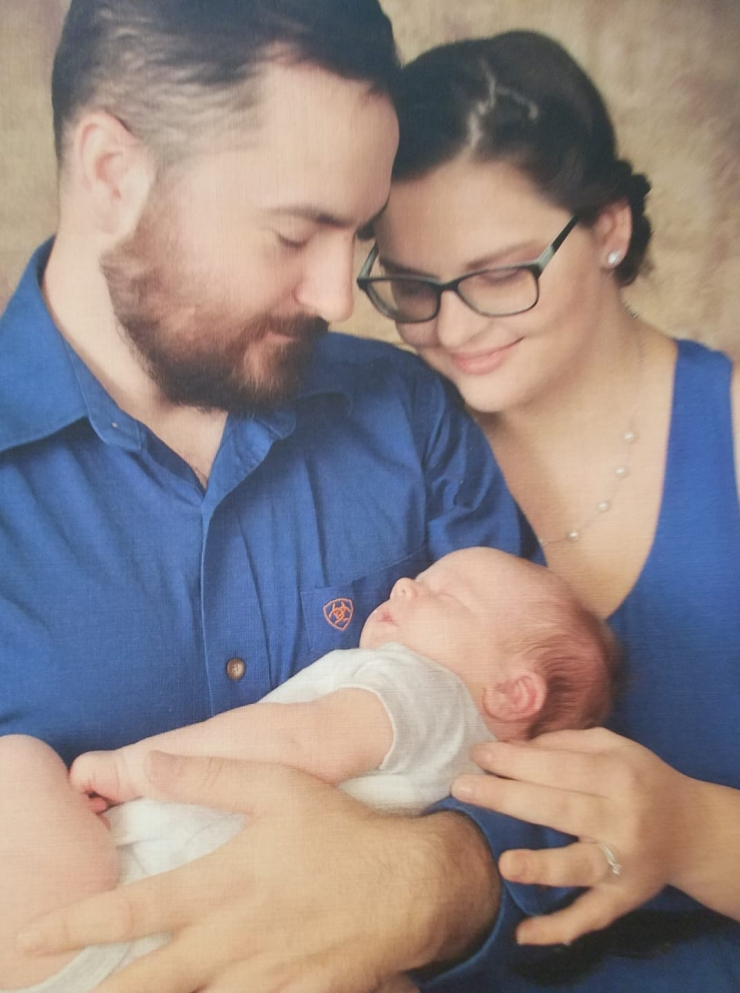 Leon’s seizure at the start of this year shattered that illusion. Less than a month after that terrifying morning in the bathroom, Leon awoke from a deep sleep in the middle of the night, experiencing a second grand mal seizure lasting five minutes and causing a heavy nosebleed.

“That’s when we realized the severity of what we were dealing with,” said Joy. “That this was something that was truly threatening his life.” 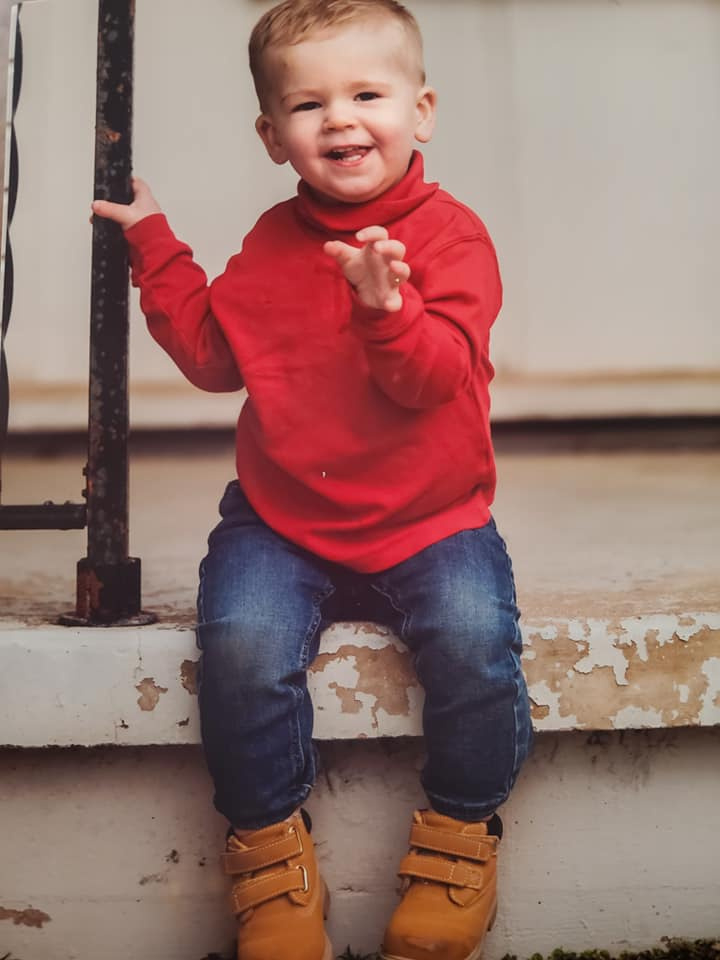 As the family struggled to find answers, genetic testing revealed the cause. Joy was a carrier for a sodium-based gene mutation that had the potential to trigger a number of medical conditions, including epilepsy. It’s an x-linked trait only carried by females. Her neurologist said it was not dominant and estimated a 50% chance of incidence, like the flip of a coin.

Joy was understandably wary and after the family welcomed their second child, a daughter named Bethany, she began watching her closely for signs of seizure activity. 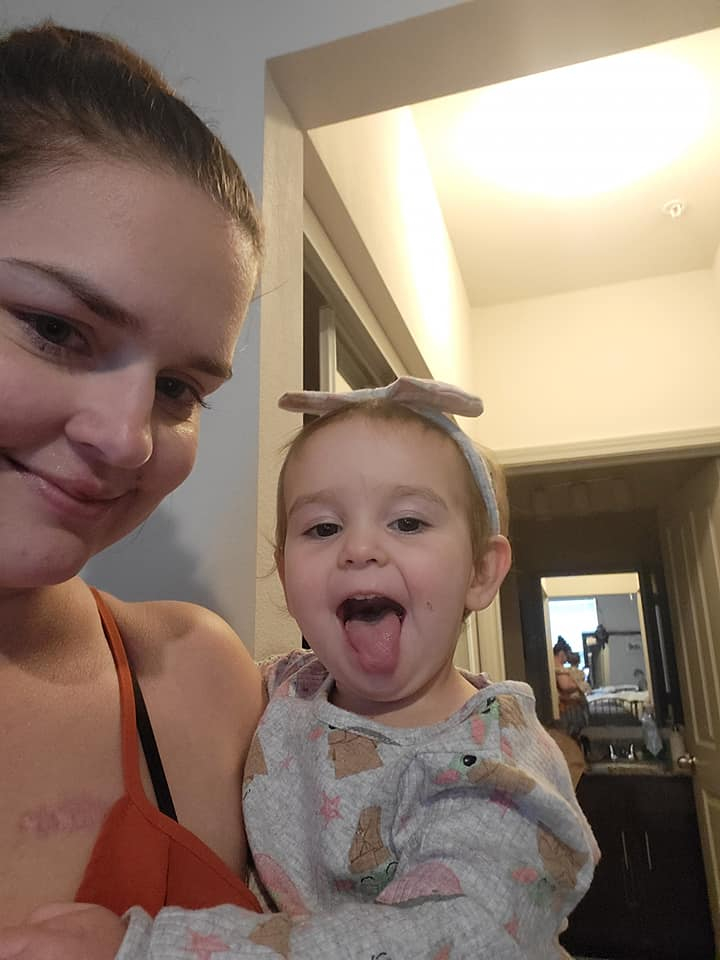 “We noticed that she would kind of zone out and lose focus,” Joy explained. “And then she would shake herself out of it and begin to cry. The doctors told us they were absence seizures.”

Joy, Leon, and now Bethany. All three with seizures, all three taking on a different form. Joy has an implanted device that dispenses medication straight into her system, but stress can be triggering for her, and she’s had breakthrough seizures throughout the summer. A recent episode was so bad, she fell off the bed and bit entirely through her lip. 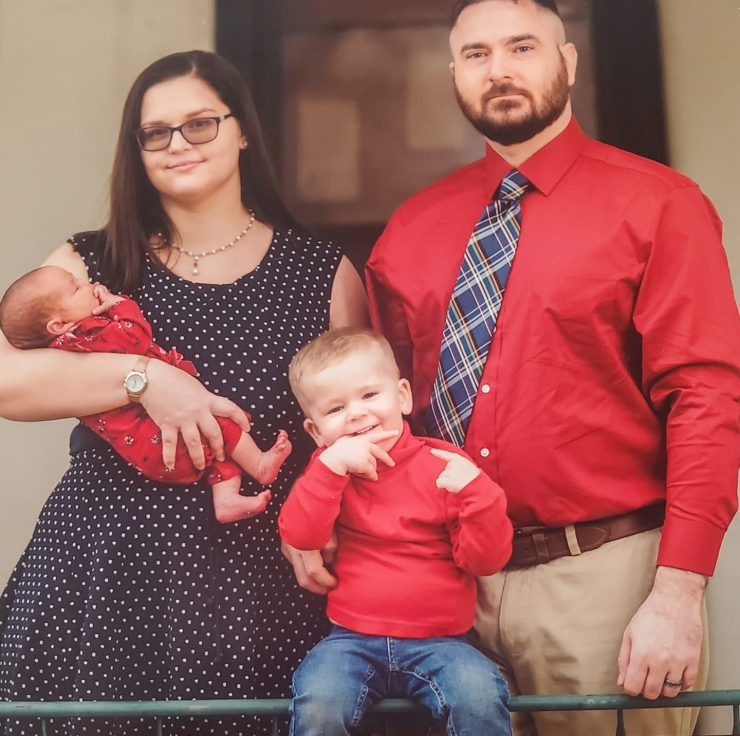 Leon’s dad, Shawn, served in the U.S. Navy, including a 2007 deployment that nearly killed him. Shawn was shot in the chest, and while his body armor vest stopped the bullet from piercing the skin, the impact hit between the rhythm of his heart, sending him into atrial fibrillation. It’s like commotio cordis, a phenomenon in which a sudden blunt impact to the chest causes sudden death in the absence of cardiac damage. (Like getting hit in the chest by a baseball or hockey puck. Or in this case, a bullet.) 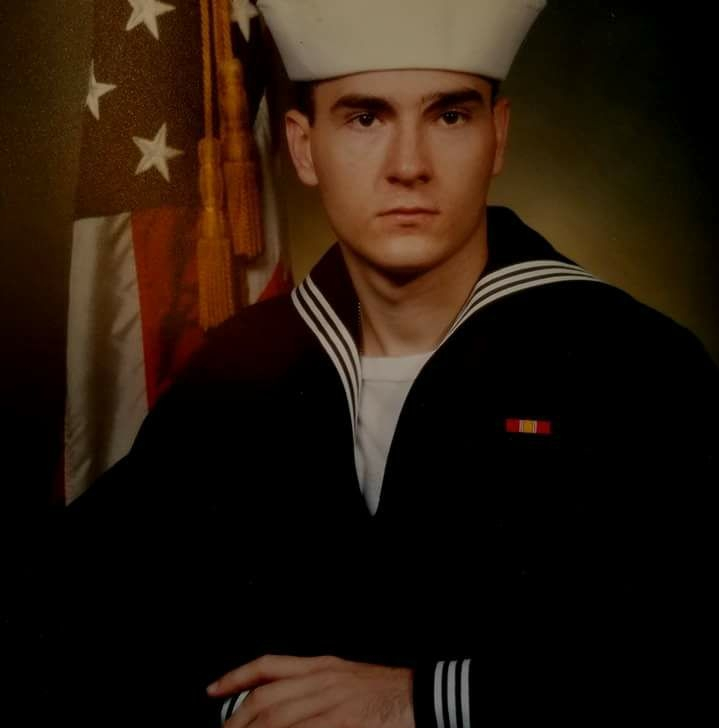 Shawn and his team were out in the middle of nowhere and didn’t have access to a life-saving defibrillator, so CPR was the only option. Miraculously, Shawn recovered, part of the 15% of people to survive that type of event without being shocked back into rhythm.

Once again, the Dunaways did what they’ve done plenty of times before. They found a way to overcome it. 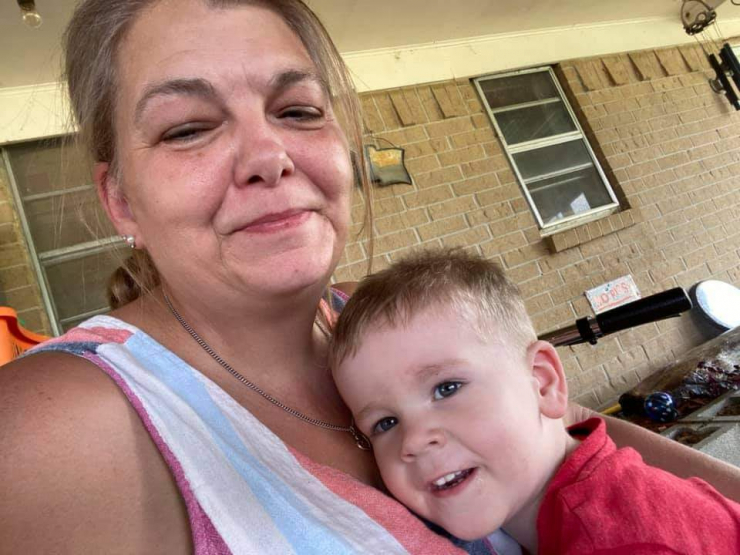 Doctors have given them some hope, noting that when seizure activity starts so early (as is the case for Leon and Bethany), there’s a 75% chance they’ll outgrow the seizures by puberty. But Joy and Shawn can’t take that as gospel. There’s too much on the line for their kids.

After Leon’s second nighttime seizure, they couldn’t stand to let him sleep in his own bed. 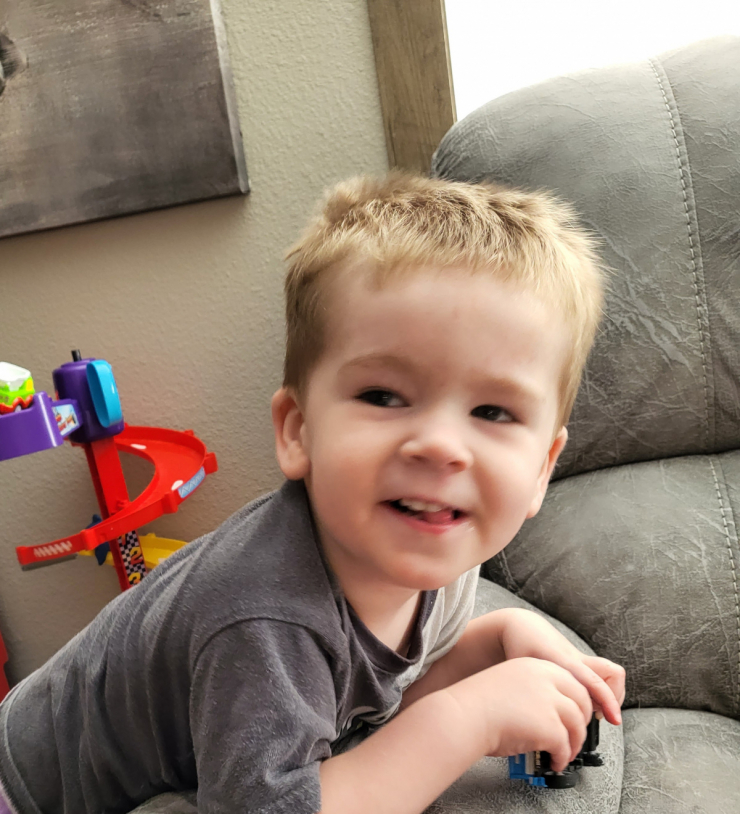 “We’re terrified that he could have a seizure in his sleep and we wouldn’t be there and something horrible would happen,” said Shawn. “We haven’t had a good night of sleep since.”

Joy started looking into options to give the family some peace of mind back, and she came across two beacons of hope: a service dog organization called 4 Paws for Ability, and Chive Charities. 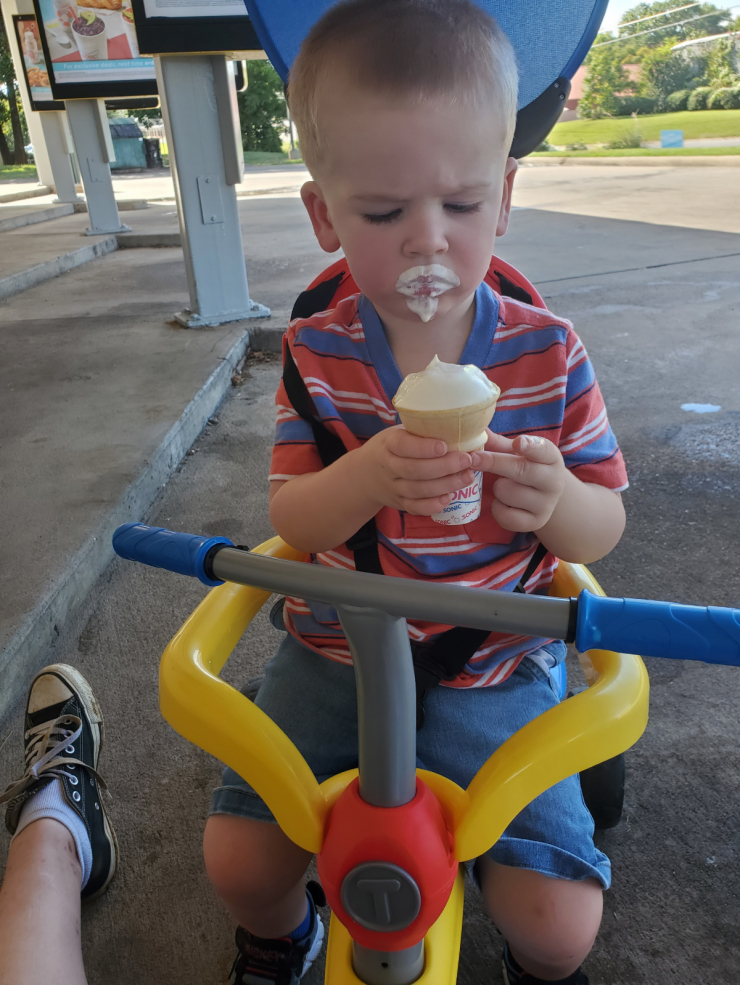 4 Paws for Ability was founded by an incredible woman named Karen Shirk after she struggled to obtain a service dog from other agencies.

The Dunaways connected with 4 Paws and were blown away to learn that one service dog could detect seizures for all three of them, if necessary. The scent trained dogs detect prior to a seizure is universal and not unique to any one person. If Leon, Bethany, or Joy is about to have a seizure, the service dog will alert, potentially saving three lives in one. 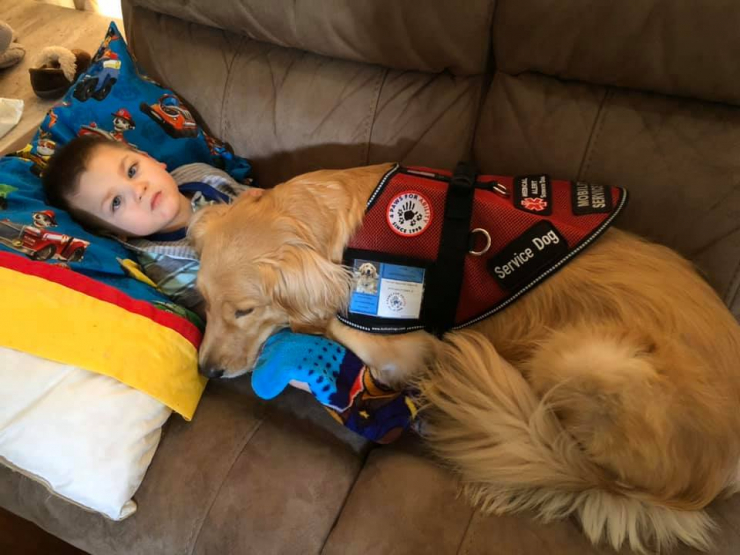 There was just one problem. Service dogs are highly trained, highly specialized animals. The cost of training and placement can often exceed $20,000, a price tag beyond affordability for many families.

That’s when Chive Charities became a second source of hope. 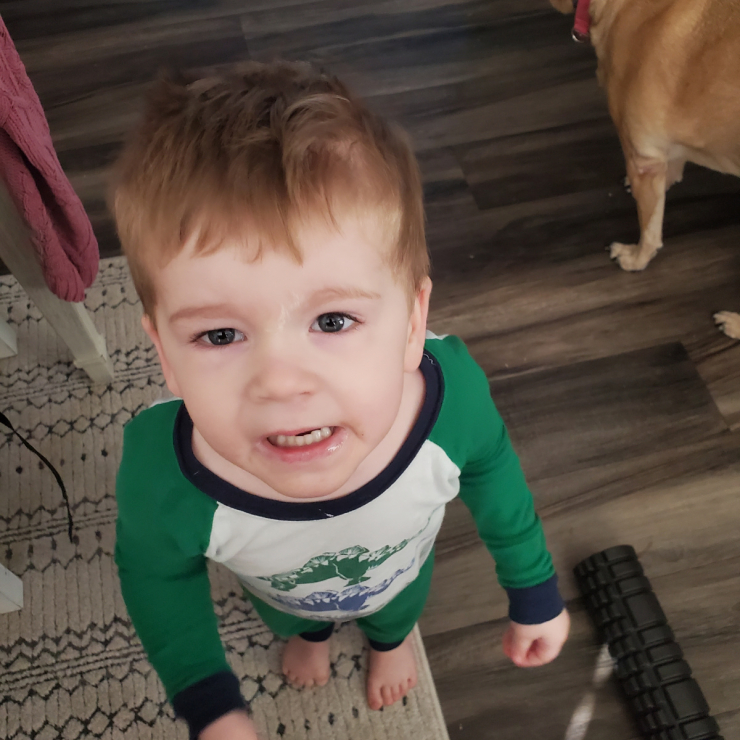 Our organization and donors are committed to serving rare medical individuals, first responders, Veterans, and military families. The Dunaways check off many of those boxes. Beyond that, we had an opportunity to give them back one thing they lost this year: peace of mind.

When Joy applied for a life-changing grant, she thought maybe we’d cover a few thousand dollars of the fee; still more than they could have imagined. “I couldn’t believe it when we found out Chive Charities was covering the whole amount,” she said. “I was in shock!” 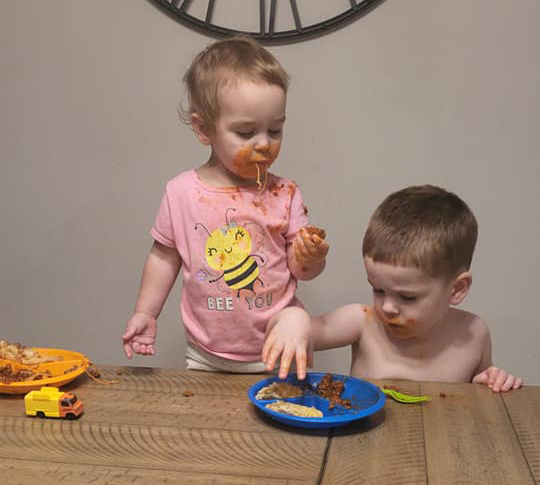 Thanks to donors like you, we funded the full cost of their service dog from 4 Paws for Ability and a digital smartwatch that can alert Joy and Shawn to Leon’s seizures while they wait for their dog to finish training. In total, the impact was $15,337. (Side note: thanks to all those who purchased something from TheChivery’s Underdog Collection which helped benefit Leon’s grant.) 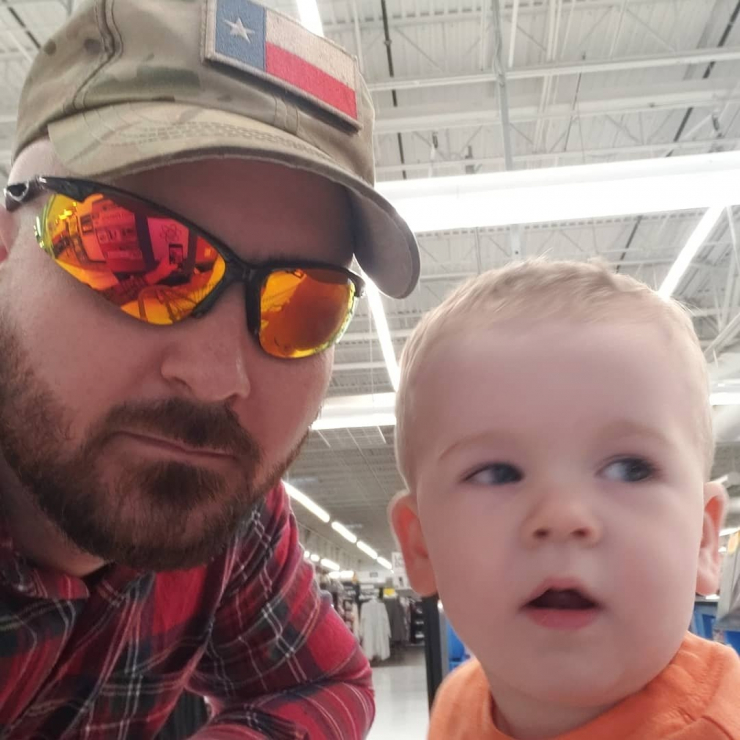 The hard thing about life sometimes is that no one knows for sure what’s coming next. Doctors can be wrong, statistics can be misleading, and the flip of a coin can always fall the other way. The Dunaways know that more than most. But the good thing about life is that there’s always someone there when you need it most.

For more than 500 recipient families, that someone has been Chive Charities and our donors. You can be that someone, too. DONATE HERE.