How one dog is helping this Veteran pick up the pieces 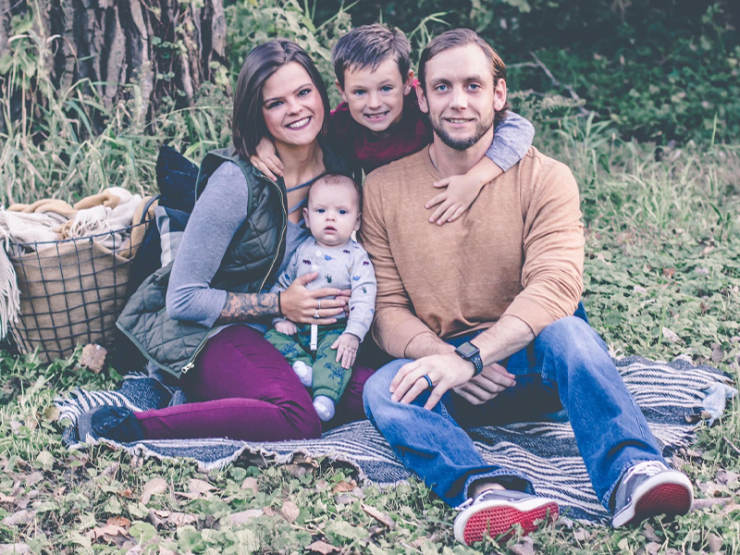 When the bombs go off, does it happen in slow motion?  Do you see the pieces of shrapnel cascade around you, along with the pieces of your life, your psyche, your dreams? Or is it in fact so quick that you don’t notice the damage until suddenly everything you’ve ever known is disjointed, laying in tatters around you?  If you’ve never been in active combat, like our recipient Chisum has, you might not know the answers to these questions. 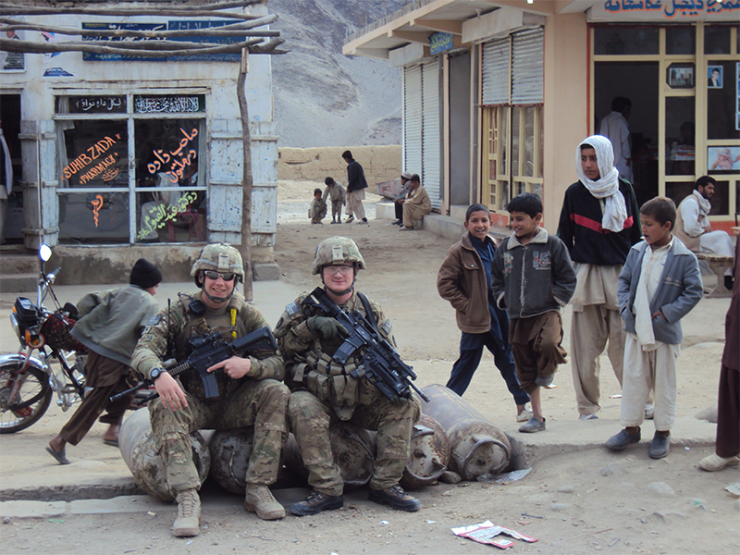 But Chisum knows perfectly well the pace of the disintegration. When he was hit by an IED during his 2011 tour in Afghanistan, his body bore the wounds of the enemy’s attack; a TBI (traumatic brain injury) along with injuries to his back, right leg, and right arm. The physical evidence of combat would haunt him for the rest of his life. The damage to his is mental health, though, was less immediately apparent. 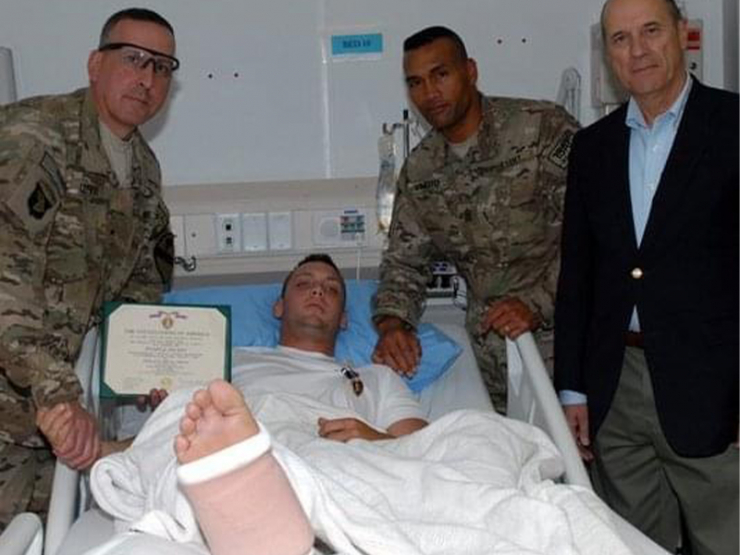 These injuries only came into view when juxtaposed against what should have been a perfect life; a nice, rural home in Chisum’s home state of Iowa, complete with a loving wife and two adorable sons. Against these happy elements, Chisum’s outbursts of anger and sadness, and his aversion to crowds and society in general, were highlighted. He had mostly healed physically, so why was his mind taking so long to catch up? 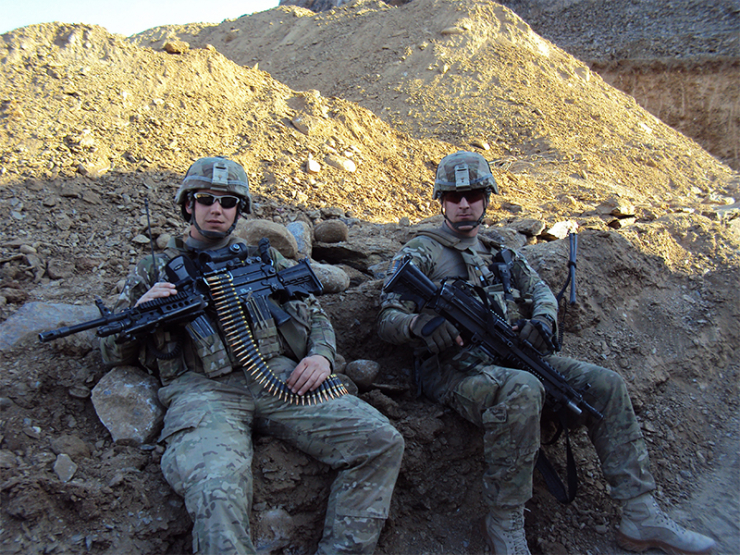 This rhetorical question, again, means something entirely different to a Veteran experiencing PTSD- a Veteran like Chisum. After 10 years in the military, including two tours abroad, Chisum’s life in rural Iowa should be an oasis.  And yet, he told Chive Charities, “It got difficult for me to enjoy life the way I used to. I always felt like I was always on guard or constantly watching or worrying. I was incredibly angry. Angry that I couldn’t remember anything, angry that my body wasn’t what it used to be, angry that nobody seemed to understand what I was going through.” 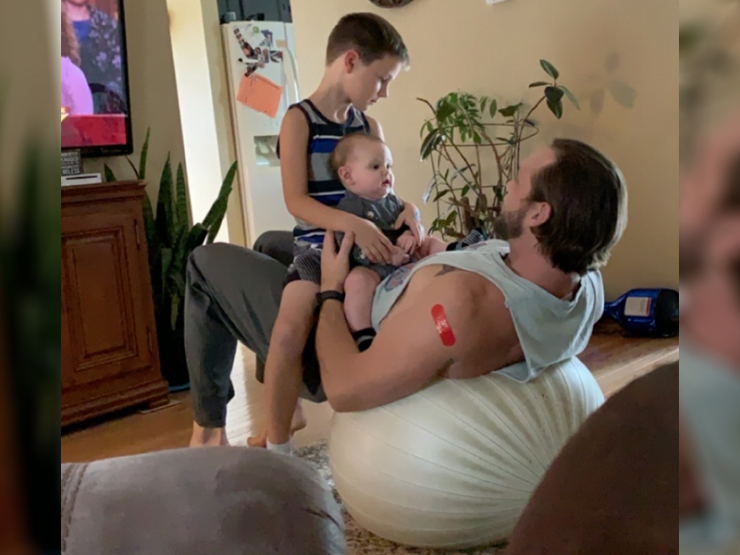 Chisum was lost in some liminal space between a daydream and a nightmare, in which the fateful explosion replayed around him at any given time, but along with bits of metal and explosives, he saw the beautiful life he was trying to build with his family corroding around him. He was desperate for something to hold it all together.

As any dog-owner will tell you, there’s no stronger glue than man’s best friend. Chisum’s wife brought up the idea of a service dog, and Chisum, desperate for relief from his physical and mental symptoms, said, in so many words, “sure, why not?” 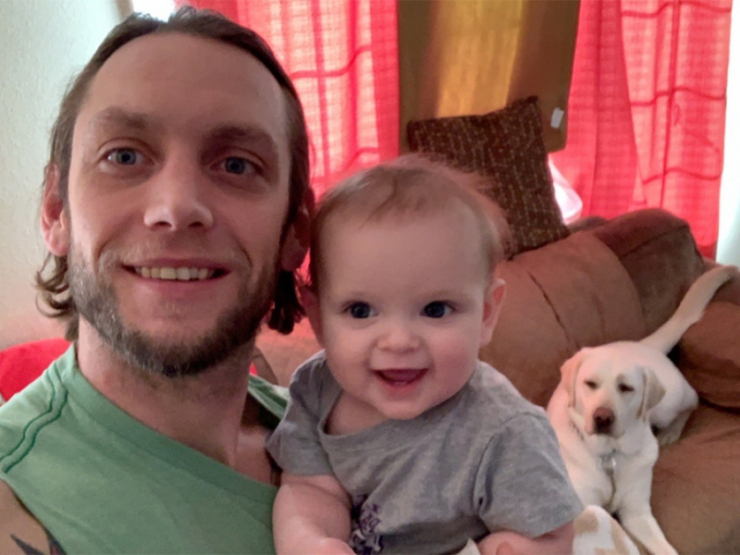 Thus, the search was on. Finding the right service dog is an arduous process that requires a lot of patience and effort on the owner’s part. Chisum -no stranger to hard work- was up to the challenge, and began his search. It took a while before things fell into place with the right dog, but soon, Chisum came across a service dog who was practically made for him.

Ten Percenters, meet Tilly. When Chisum found the perfect dog for him, he was worried about the hefty price tag that comes along with such a specially-trained dog. But thankfully, our Chive Charities donors have Chisum’s back! Our monthly donors were able to fund the $10,000 grant to pay for Tilly’s training from Retrieving Freedom. Thanks to this extensive training, this good girl is not only incredibly adorable, but is also fully trained to meet Chisum’s unique physical and emotional needs.

Tilly has a Ph.Dog in commands such as distancing, retrieval, and physical support. Tilly is so in tune with her owner that she can tell, without prompting, when Chisum is becoming anxious, and will put her head in his lap as a welcome distraction. It’s much harder to be anxious when you’re petting a dog, after all.

She can also fetch things from the floor that Chisum might not be able to reach due to the physical limitations his injuries have left him with, and she can provide support when Chisum gets up out of his seat, for example, which can be difficult for her owner. With Tilly’s help, slowly but surely the pieces of Chisum’s life are all coming together. He is more confident as a husband, as a father and as a friend, when he has Tilly by his side. 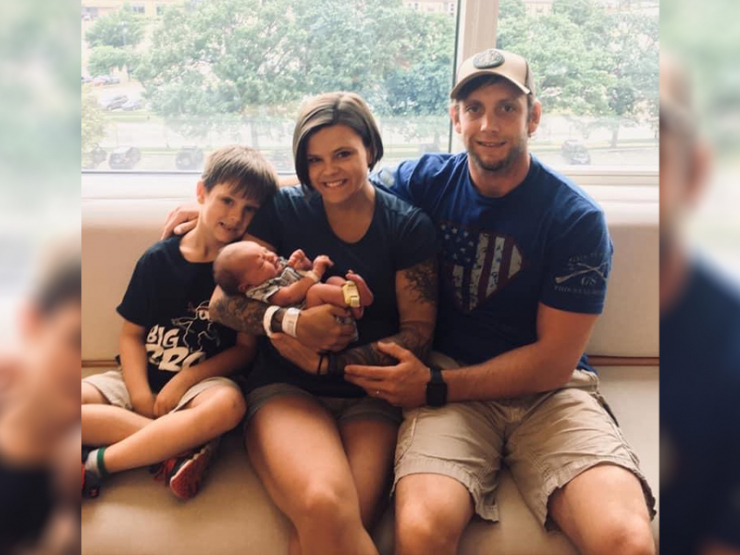 The impact that Tilly has made in Chisum’s life perfectly reflects the mission of Chive Charities: we aim to make the world 10% Happier. We don’t delude ourselves into thinking we can end world hunger or bring peace to all nations; all we aim to do is help heroes like Chisum pick up the pieces, and become better versions of themselves.

And that’s exactly what Chisum has done. He is so thankful for this grant that he wanted to share a special message with our donors, who made this possible:

“I know that when you donate it doesn’t always feel very personal and sometimes you don’t see the result of your donation but please know how very important this is. Tilly saved me. Tilly improved not only my life as a single person but she has made me happier in general which translates to every aspect of my life. I’m a better husband, a better father, a better son, brother and friend. So from the bottom of my heart, thank you for making this all possible for me.” 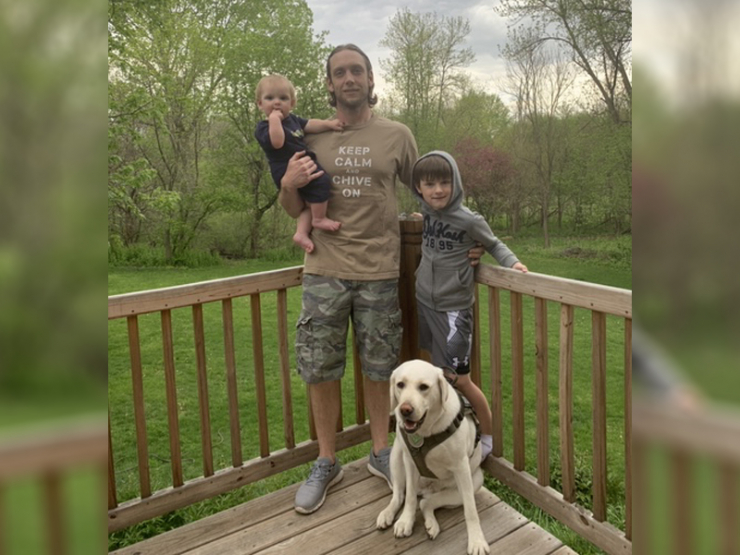 That’s the impact of a Chive Charities grant, right there. We all have things going on in our own lives, we all have pieces of our own dreams to retrieve, but together as a community, we are so much more able to hold it all together, Are you ready to join our mission? Whether it’s $10 a month or $100, your dedication to our cause is changing real lives like Chisum’s and his family’s. Whenever you’re ready to join us, just click this link right HERE!