Mollaret's meningitis can't hold him back

There was a time, long ago… 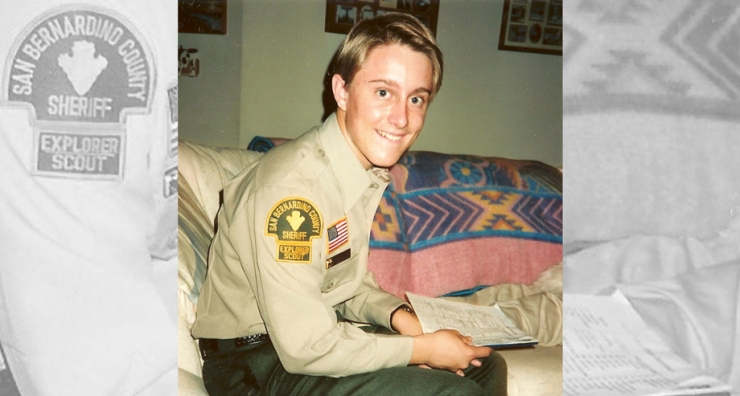 When Michael was planning to be a sheriff’s deputy. 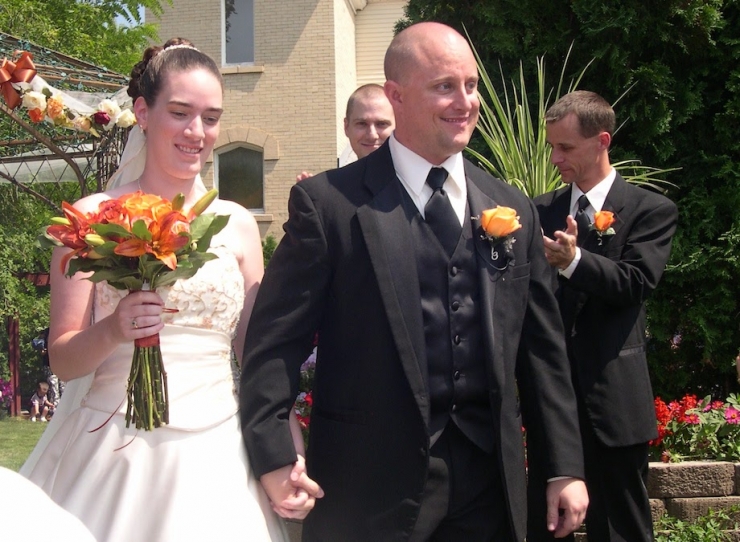 A time he planned to spend every day sweeping his wife off her feet. 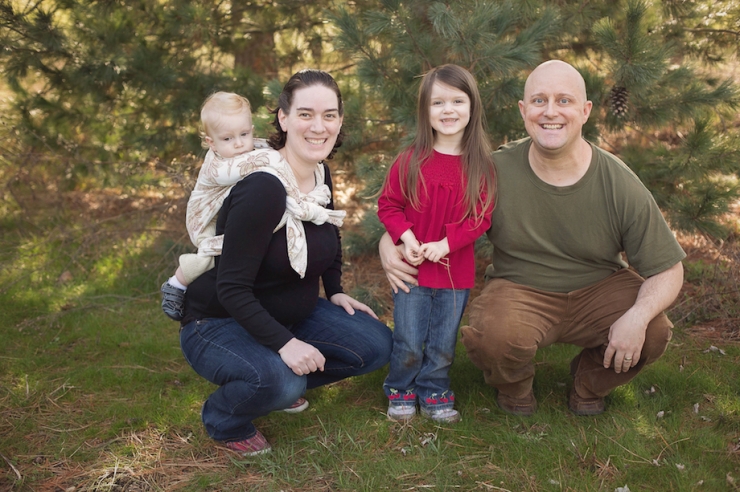 A time he planned to teach his kids everything he knew about sports and nature and service. 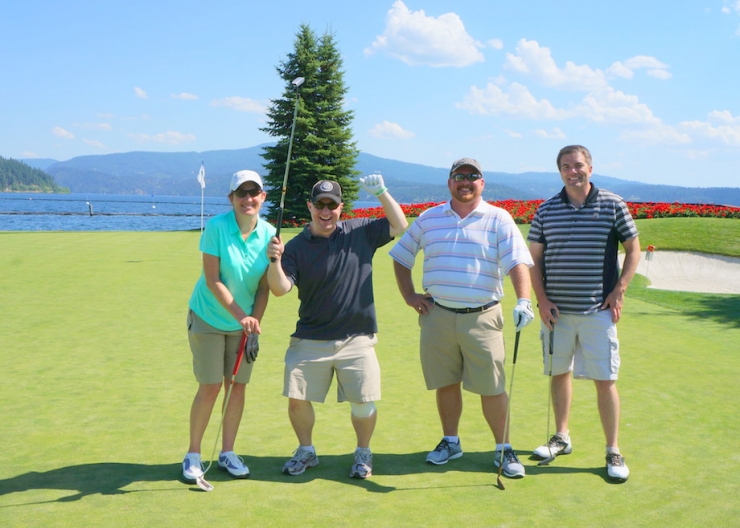 And a time he thought his company’s annual golf tournament was a given. Why wouldn’t he? There was no reason not to. 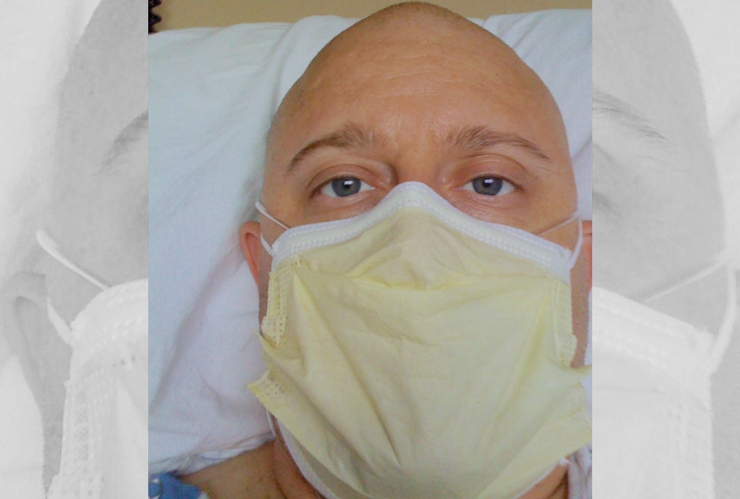 But there was never a time Michael expected to be hospitalized over and over with recurrent viral meningitis. Or suffer from PTSD, anxiety, depression, syncope, or post-exertional malaise. There was never a time he expected a rare disease would keep him confined to his house, unable to enjoy even the simplest things with his family. But life rarely unfolds the way we plan it, and now, Michael needs our help navigating his new reality. 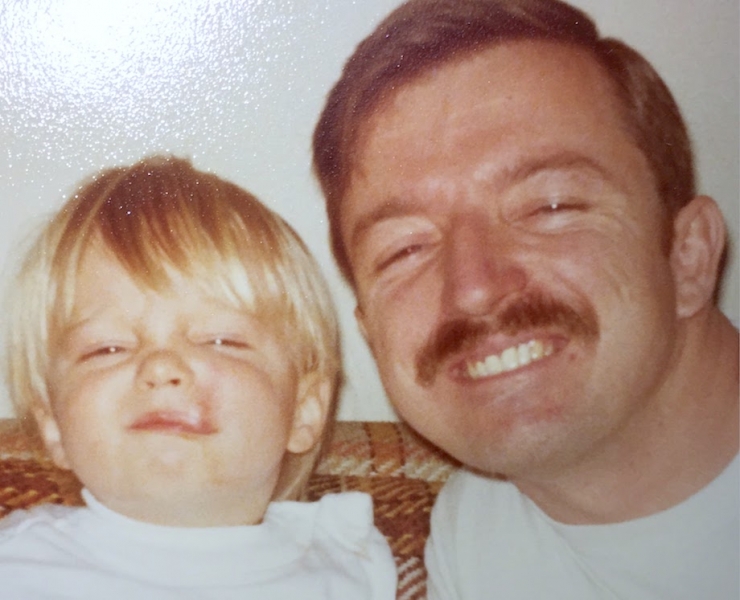 “My first head injury was at two years old,” he remembers. “I fell on the concrete, causing a traumatic brain injury (TBI), and half my face swelled up.” 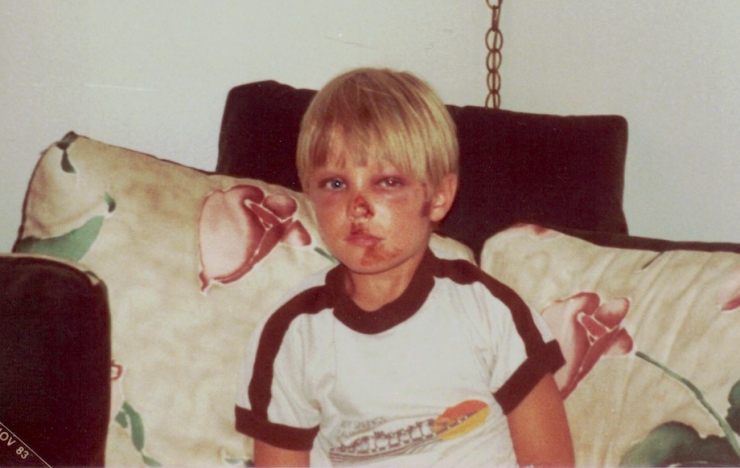 That’s not unusual, right? Kids fall down, boys play rough, but it was different for Michael. All in all, he’s had at least seven major head traumas.

I don’t know how many most people have in their lifetime, but I’m almost positive it’s less than seven. And according to the National Institutes of Health, a history of multiple concussions increases the risk for depression, anxiety, and in some cases, suicide. More on that later. 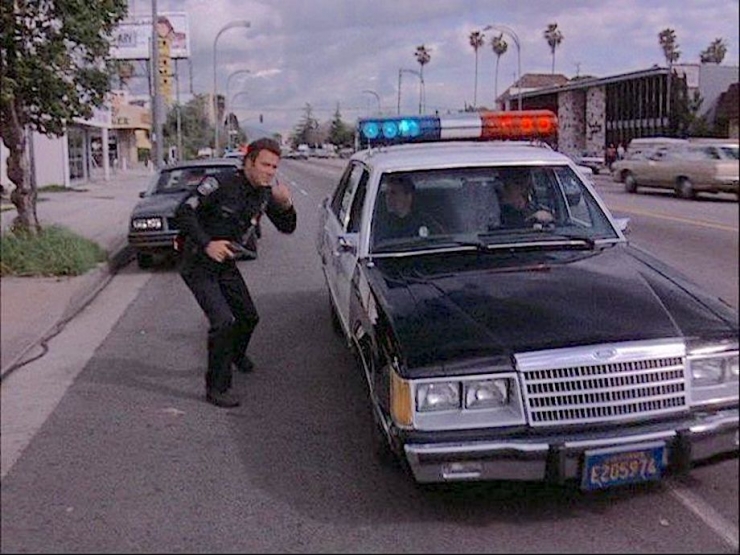 Michael grew up in southern California, where his dad worked for LAPD (that's just a sweet old school L.A. pic, not actually Michael’s dad). Like a lot of boys who come from law enforcement families, he wanted to follow in his dad’s footsteps, so at 15, he joined the San Bernardino County Sheriff’s Explorers. At 17, he started working as a security guard, and by 21, he was enrolled in the sheriff’s academy, on his way to becoming a deputy. 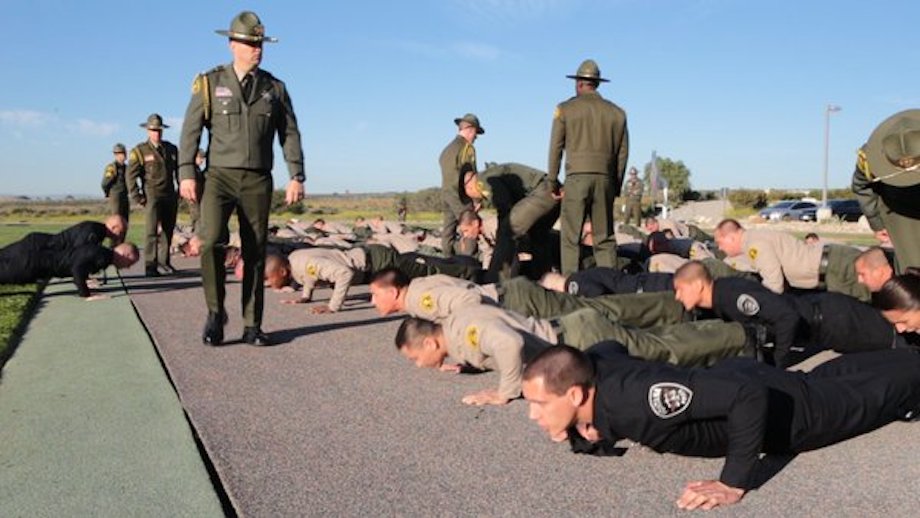 On just his second day, Michael collapsed and was rushed to the ER. A spinal tap revealed he had viral meningitis, and he spent the next two weeks in the hospital. His recovery was tough, and Michael was ultimately forced to abandon his lifelong dream of working in law enforcement. 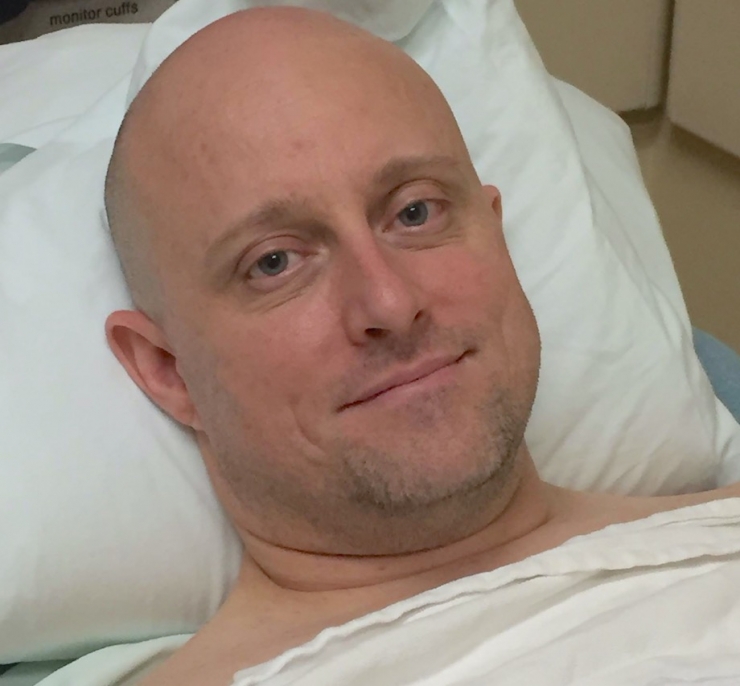 Side note: the chances of getting viral meningitis are decent, it’s not uncommon. But once you’ve had it, you’re typically immune going forward, so getting it a second time is a big red flag. Fortunately for Michael, his doctor saw it right away. 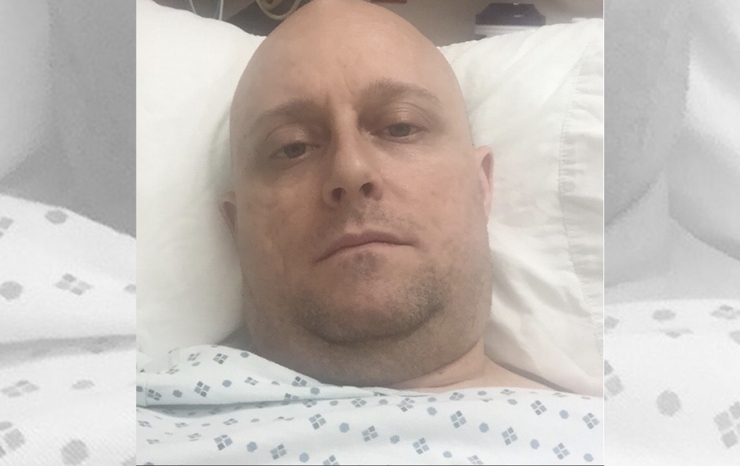 He was diagnosed with Mollaret’s meningitis, a rare condition that causes repeated bouts of viral meningitis, seizures, neurological disorders, and mental health issues. It explained a lot of symptoms Michael had over the years, but the effects of multiple TBIs, brain swelling from recurrent meningitis, and some rough experiences as a security guard came to a head at the worst possible time. 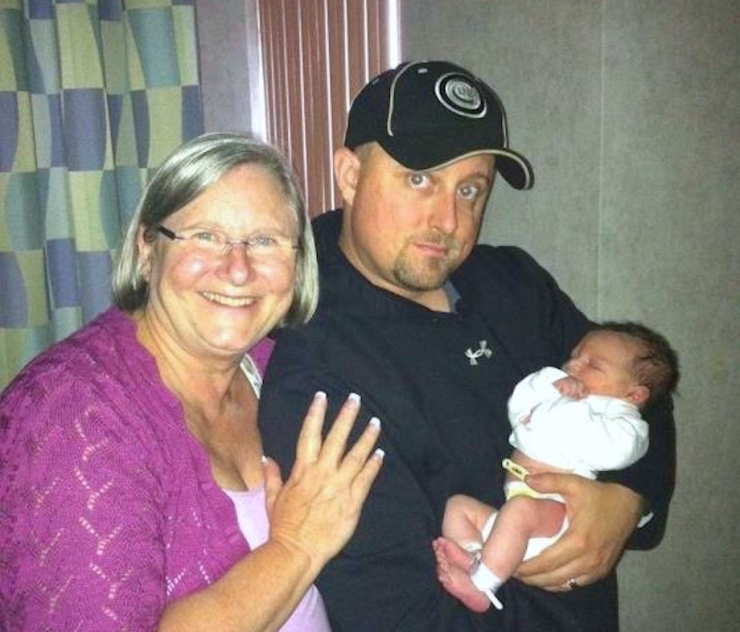 Michael’s daughter was born in 2012, his son in 2015, and by all accounts, those should have been the best days of his life. Instead, Michael was overcome with anxiety.

“I was panicking the entire time my wife was giving birth,” he remembers. Things only got worse from there. 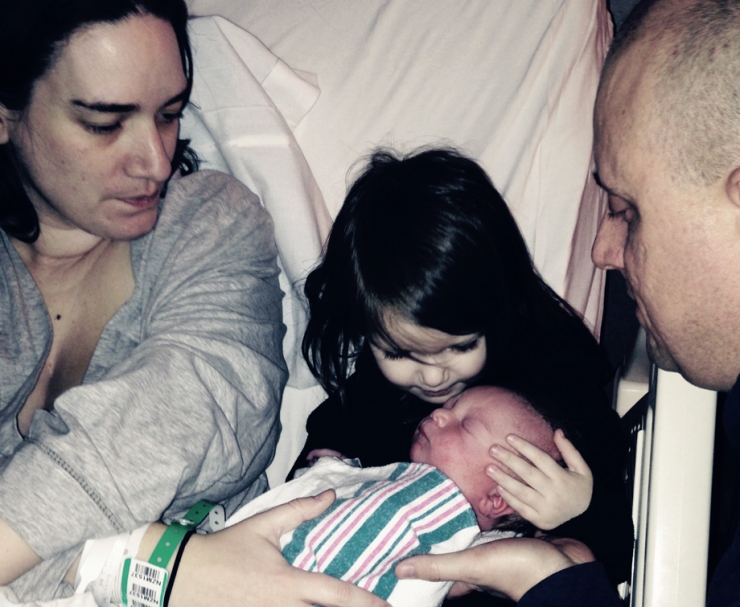 Michael fought to control his symptoms.

“I felt like something bad would happen at any time; I kept my son away from our front door because I was worried someone would kick it in and attack us. I went from a happy guy to someone who was scared and angry all the time.” 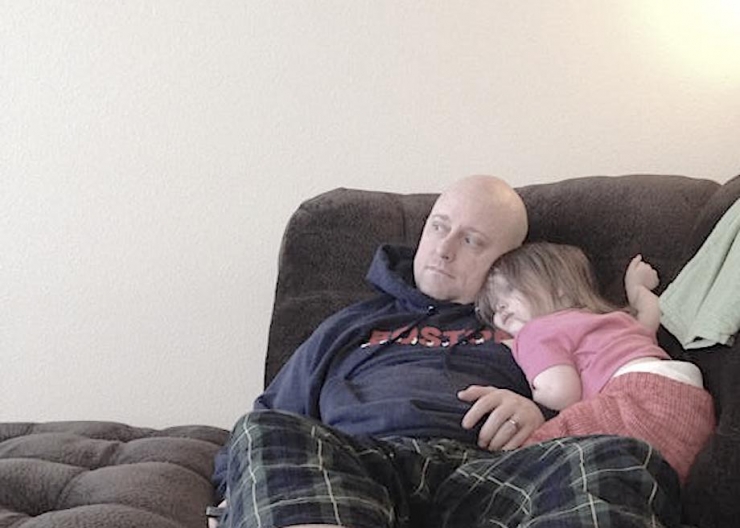 When he began having suicidal thoughts, he knew it was time to get help. Michael was admitted to the hospital and diagnosed with PTSD, depression, and generalized anxiety disorder. His mental health began to improve, an uphill battle considering everything that lead up to that point. He started a Facebook group for fellow MM patients, followed by the launch of the Mollaret’s Meningitis Association. 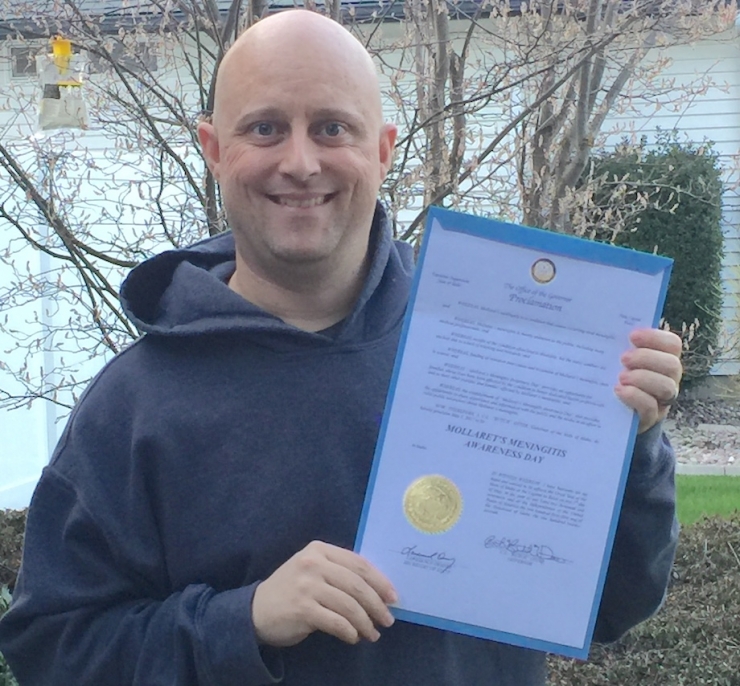 But then his physical health took a nosedive. He began having seizures, fainting spells, and temporary paralysis, and even the slightest physical exertion wiped him out for at least a day. 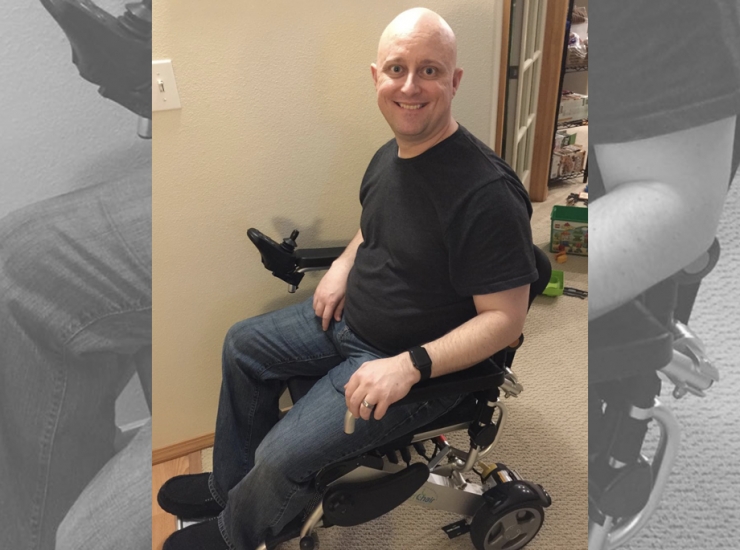 Fainting and seizures aren’t known for their predictability, so he started using a wheelchair so he wouldn’t get hurt if he suddenly collapsed. He picked one that’s light and compact, not because it was what he needed, but so his wife could handle it easily if he can’t do it himself. 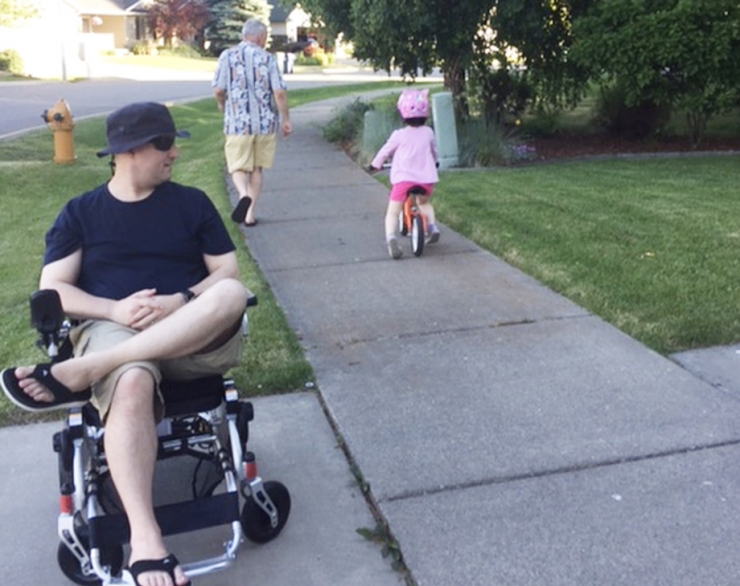 It’s not really made for the outdoors, though, so most of the time, Jessica takes the kids out alone, and Michael waits at home for the recap of adventures he always thought they’d go on together. It’s not at all the life he imagined, and Chive Charities doesn’t believe it’s the life he deserves, either. 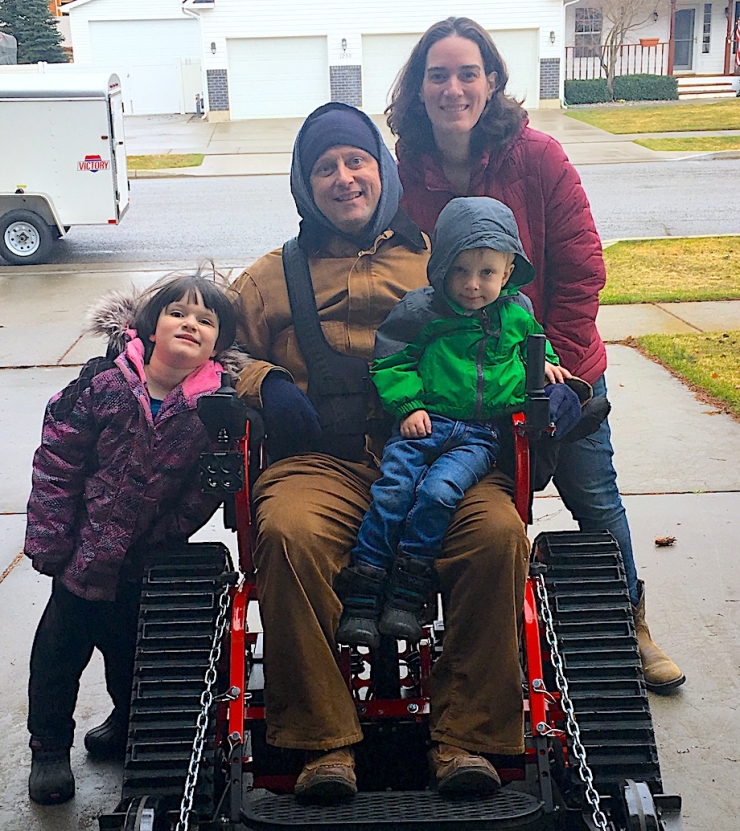 This should do the trick.

Michael’s Action Trackchair arrived a few weeks ago, and he was ready. Hiking, snowshoeing, beach trips...he wants to do anything and everything before his health declines even more. It was a worthwhile $15,000 grant for us, but for Michael’s family, it’s priceless. 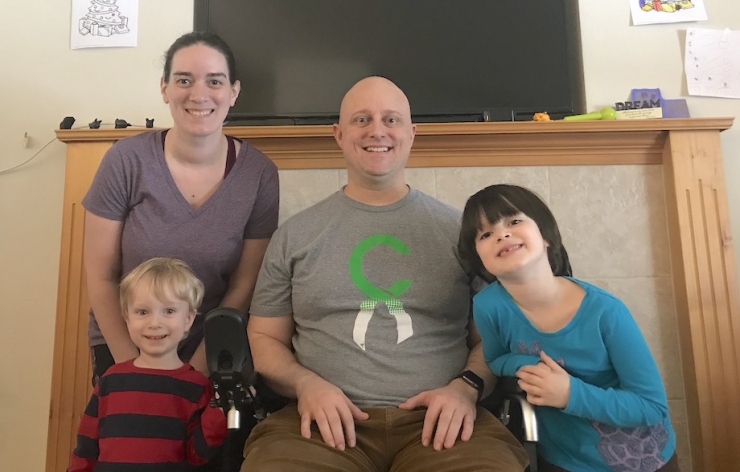 “I could be around a for a short while, or for a long while still, but I need to spend as much time as possible with my family to make memories they’ll keep when I’m gone. I can’t say enough how much I appreciate the generosity of those that donate to Chive Charities to make equipment like this possible, helping people like me get our lives back. Thank you.” 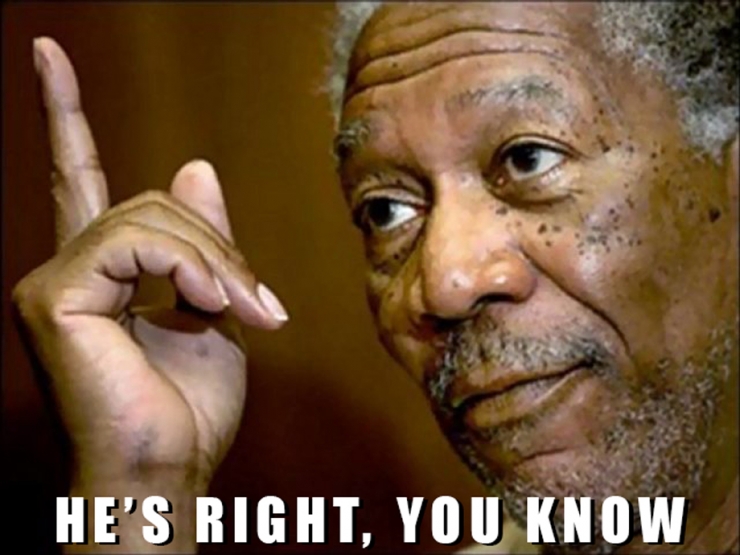 Chive Charities is changing lives. From trackchairs to wheelchair-accessible vans to service dogs and so much more, our recipients get the help they need and the support of the best community in the world. We couldn’t do it without the big-hearted, selfless rockstars who donate every single month, and we’d love to count you as one of them. Will you help? Become a Chive Charities monthly donor HERE.