Heroes come in all shapes and sizes

Jake Kabella was in the middle of a 24 hour shift at Crown Point Indiana Fire and Rescue department.

Prior to this, Jake had just completed a 12-hour shift he picked up at another fire department a few miles away. Jake and his coworker, Adam, were scrolling through theCHIVE’s Friday HQ DAR on their phones in between calls to two different car accidents. After a few laughs, Adam turned to Jake and asked how he was doing. Adam could see how the extra hours were wearing on Jake but he also knew Jake was working this grueling schedule to simply make ends meet. “I’m good.” Jake responded with a weary smile.

While Jake is a modest hero in his own right, regularly putting his life on the line to save others, he does it all for his family and one specific superhero at home – Emmett. 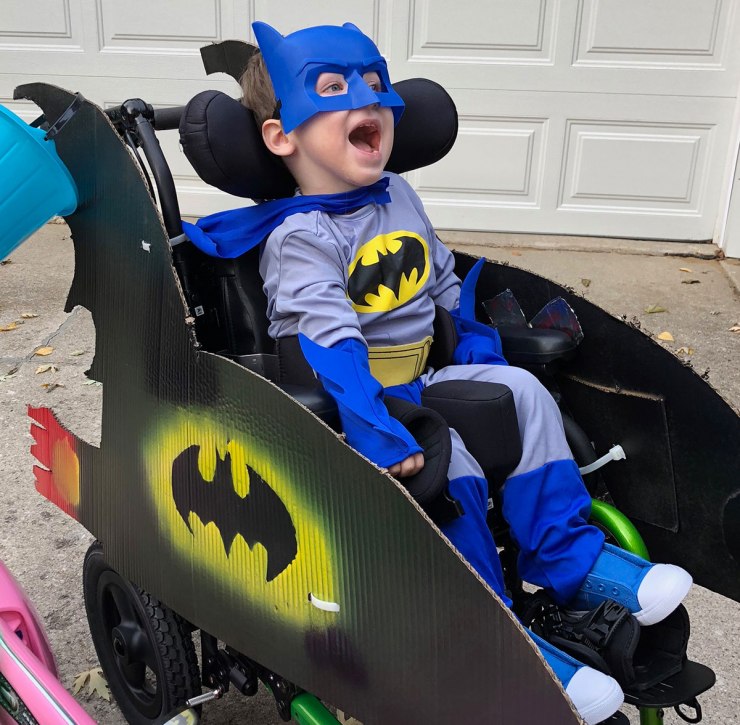 Jake and his wife Kristi had concerns early on when their first born, Emmett, was not gaining weight and struggled to eat. At 6 months old, however, Emmett started to twitch. As a paramedic, Jake was quick to recognize the symptoms and start seeking answers. It turned out that Emmett was having infantile seizures which the family was lucky enough to get under control with the right medicine. However, that medicine came at a cost. The twice daily steroid injections were torturous on little Emmett and changed his whole demeanor from a happy baby to a moody child with a dangerously low immune system. 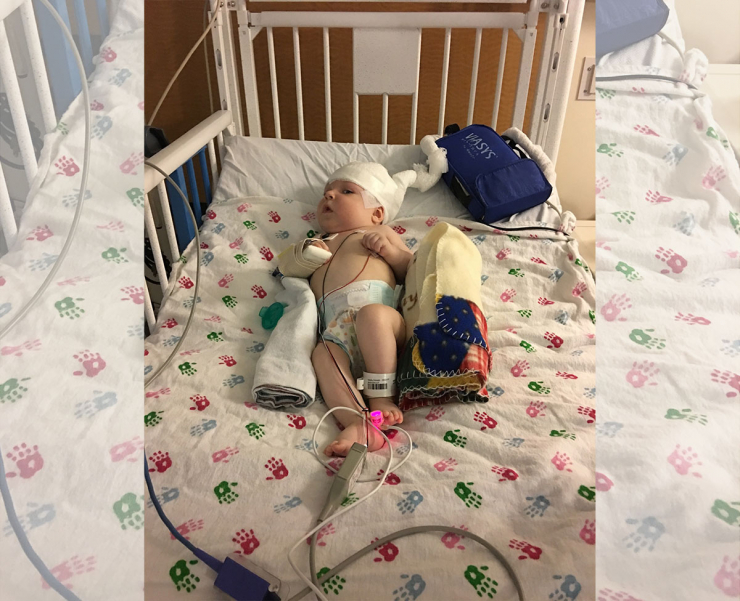 When the medicine stopped working and the seizures returned a year later, Jake and Kristi were heartbroken and desperate for answers. Dozens of tests revealed no clear condition. Around 50% of the time doctors can’t explain the underlying reason for infantile spasms, That trend would continue until a brand new genetic test revealed Emmett had UBA5, a degenerative brain disorder so rare that only 20 known cases have ever existed. For Emmett, it meant absent speech, severe intellectual challenges, delayed psychomotor skills, poor trunk muscle tone, and high muscle tone in his arms and legs. Jake and Kristi started to come to grips with the fact that their lives might become more complicated than they anticipated. 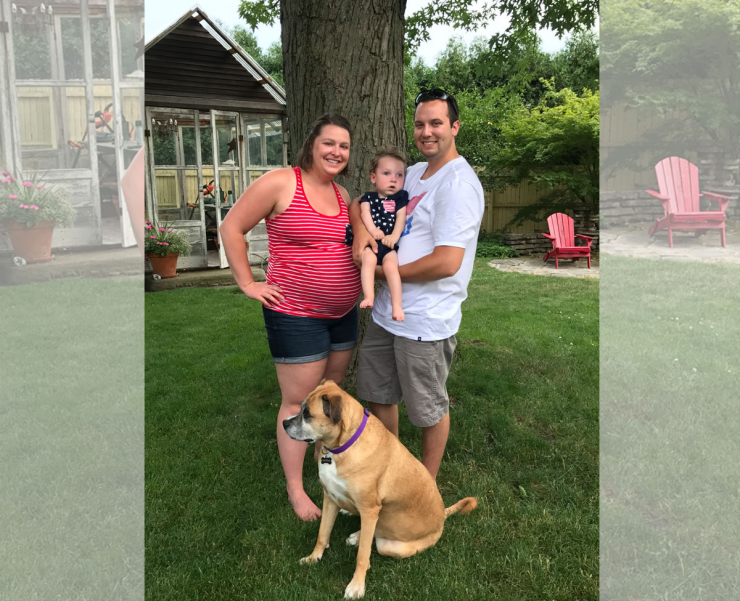 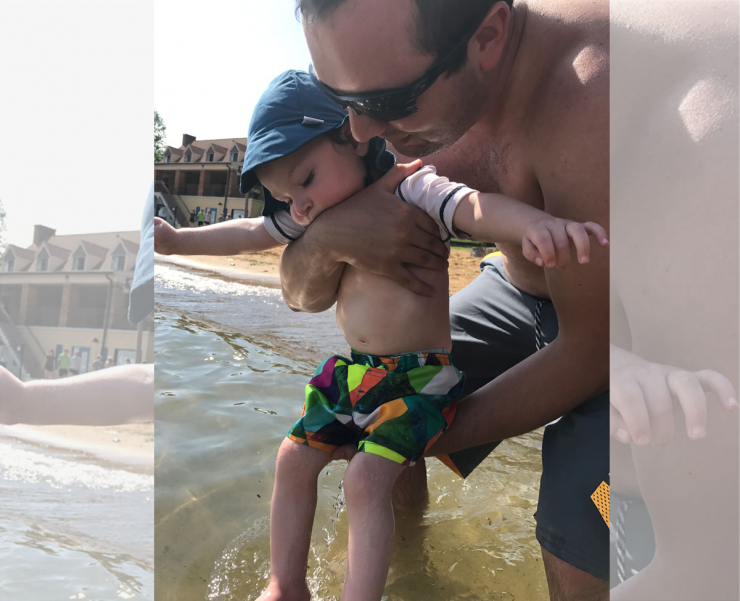 Despite it all, Emmett is a happy boy who has the most contagious belly laugh you’ll ever hear. He’s fought hard to experience life to the fullest extent that he is able. His fight includes endless therapy of every type imaginable, including physical, occupational, speech, developmental, and nutrition. Emmett’s favorite thing to do is play with cause and effect toys. Just the fact that he can play with toys at all is a milestone in itself. Jake told us that Emmett would smack a balloon around for hours and laugh every time if he were left to it. 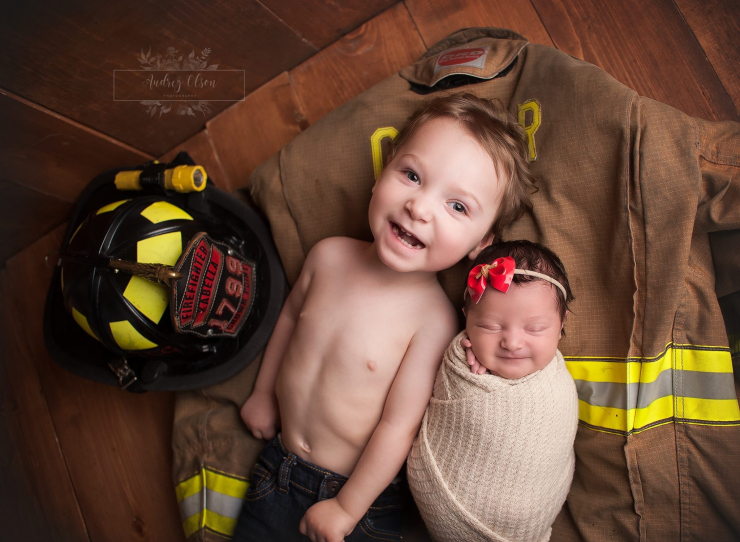 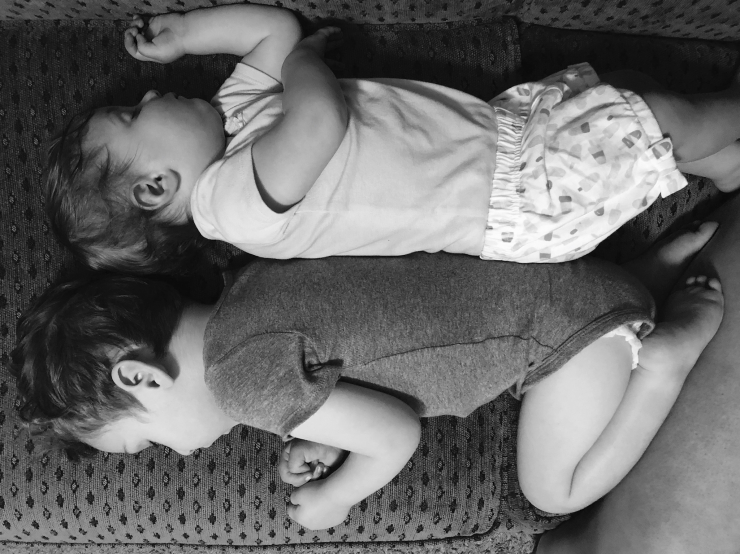 A year and a half ago, Emmett got a new best friend in his sister Adeline. Not only has she become an inseparable partner in crime for Emmett, but she has helped him grow and mature in ways that Kristi and Jake did not think possible. 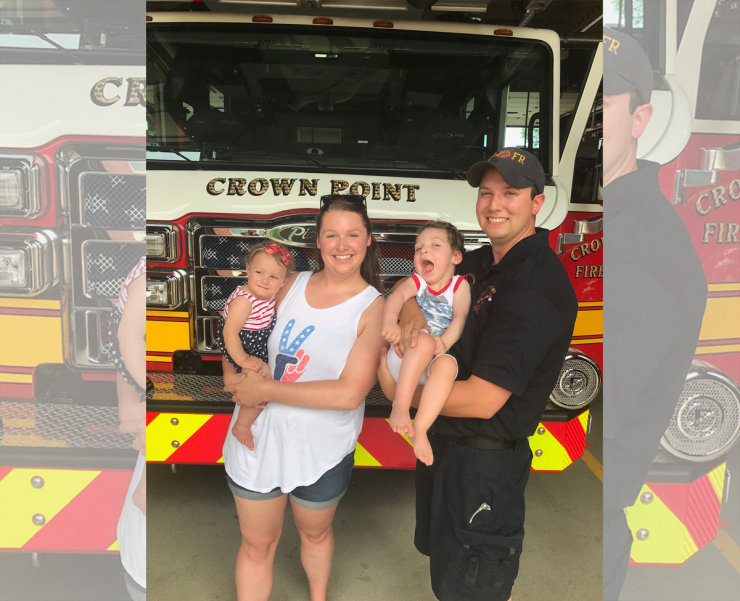 Jake may have said he was “good” but Adam knew everything the Kabella family was dealing with lately. Jake’s wife Kristi, a former special education teacher, had to quit her job to care for Emmett. Additionally, Jake and Kristi were expecting a third child, Oliver, in just a few months. Jake was under a lot of pressure to provide financially and had been picking up extra shifts to make ends meet.

Then there was the fact that a 7-months pregnant Kristi was lifting Emmett into his car seat dozens of times a week for school, therapy, and medical appointments in Chicago. That’s not taking into consideration Emmett’s 60-pound wheelchair which is a burden to heft into their 2004 Chevy Impala with 130,000 miles on it.  They needed a wheelchair accessible van but Adam knew there was no way Jake and Kristi could afford it.

After reading over the top comments in the DAR, Adam absentmindedly clicked on the next post, a Chive Charities story in which donors completely covered the cost of a wheelchair accessible van for a family in need. “What about Chive Charities, Jake?” Adam showed him the story. “I don’t think they’d ever help us,” Jake replied. “Just forget about it.”

But Adam didn’t forget. In fact, he started filling out a Chive Charities application for Jake, Kristi, and Emmett that same night. 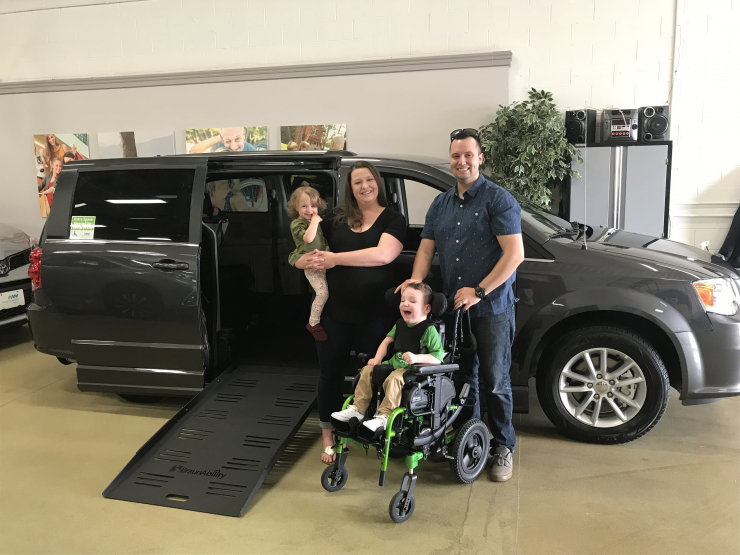 It’s such a simple sentence but so much goes into making that sentence a reality. There was Adam, Jake’s friend that filled out an application on their behalf. There was Angie and Kelly at Chive Charities reading through dozens of applications and presenting the deserving families to the Chive Charities Board. There were hundreds of monthly donors to Chive Charities that made this grant possible. Finally, there was the purchasing of the $49,000 2019 Dodge Grand Caravan BraunAbility wheelchair accessible van for the Kabellas that would not have happened without the crazy community of misfits on theCHIVE who read these stories, upvote, share and comment positively. 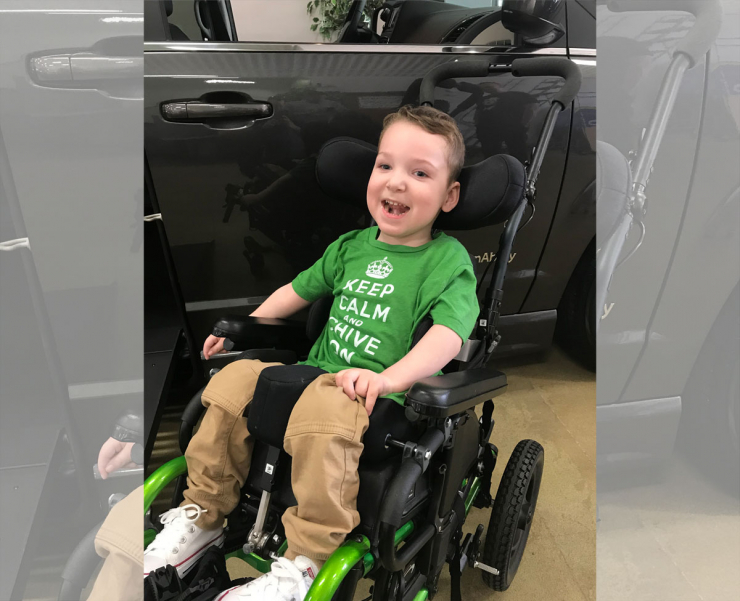 Experts agree that the brain is much like any other muscle in the body. Lack of use will lead to eventual atrophy. Use it or lose it. That’s why getting out and interacting with the world is so important for Emmett. The oldest known case of someone with UBA5 is a 21 year-old that can sit up unsupported, interact, and communicate with others using an eye-gaze machine. With his new wheels, we have no doubt that Emmett will become the hero of his own story and surpass what anyone thought was possible.

Jake and Kristi know how life-changing the vehicle will be for them. “We live paycheck to paycheck,” Jake told us on the phone. “Financially it’s huge. I don’t have to pick up as many extra firefighter shifts and can spend more time with the family. We can actually get out of the house and build memories with Emmett. We know it takes an army to make something like this a reality. From the bottom of our hearts, we thank all those $5, $10 and $25 donors to Chive Charities that made this possible!”

… And then there was you – the person reading this story who is going to be the next Chive Charities donor, paving the way for the next deserving family to make a real difference and make their world at least 10% happier! Sign up to be a Chive Charities monthly donor HERE.