If you’re happy and you know it, you must be Maribeth

Happiness. It’s the ultimate goal, and we look for it in our relationships, jobs, hobbies, and day-to-day experiences.

We liken it to everything from clams and larks to campers and pigs in mud. And, of course, we all know the song, “If you’re happy and you know it,” a repetitive children’s melody with so many lyric variations, we couldn’t begin to list them all here.

But still, the theme is there. You’re happy, you know it, you really want to show it.

If you’ve ever had the privilege of meeting someone who exudes happiness, you’ve probably done everything in your power to keep them close. Maybe osmosis would let some of that joy and positivity seep over towards you – an infusion of happiness one interaction at a time.

Maribeth is a lot like that. Her happiness shines out like sunlight through a cloud, bringing light to everything it reaches. 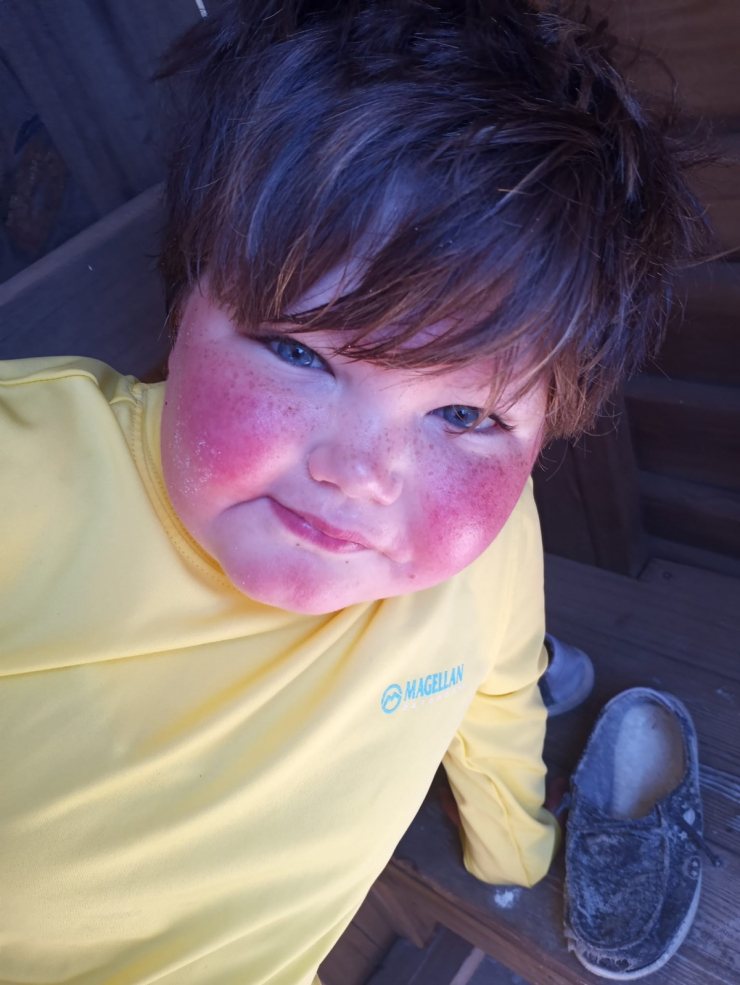 She entered this world under fairly average circumstances, all things considered. Born at 38 weeks and weighing 6 lbs., Maribeth was a healthy baby girl with the most adorable and squishable cheeks you could picture. 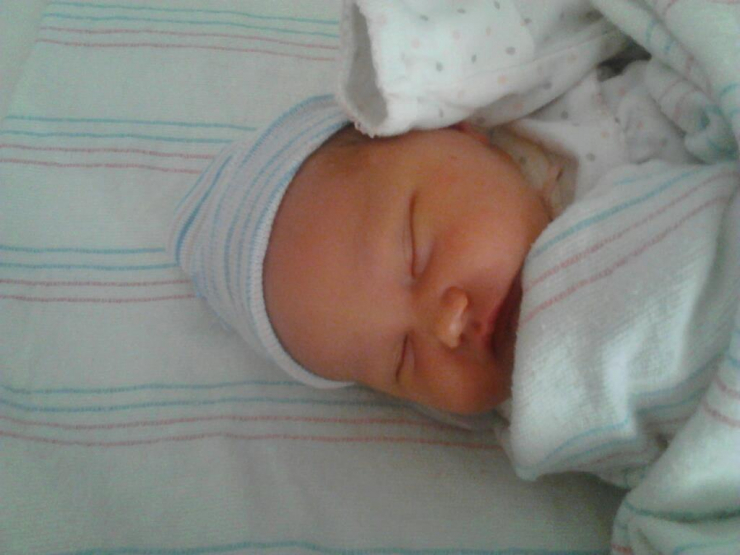 She went home and got accustomed to her life as the little sister of two big brothers who were (mostly) thrilled to have her in the family.

At around two months old, though, Maribeth had dropped off every single growth chart - height, weight, head circumference, you name it. 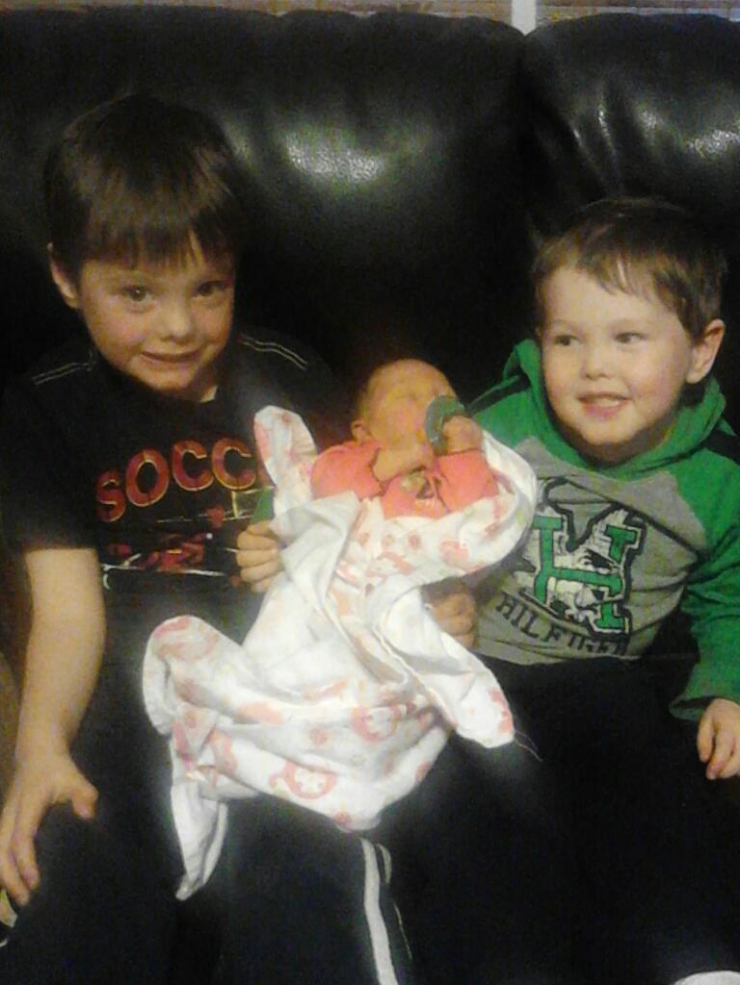 “She just didn’t grow,” said Maribeth’s mom, Heather. “It was ridiculous, honestly, but she just stopped making progress. At that point, we had no clue what was going on. All we knew was that she had hip dysplasia.”

Hip dysplasia is a fairly common condition and occurs when the hip socket doesn’t fully cover the ball portion of the upper thighbone. That allows the hip joint to become partially or completely dislocated.

“The doctors said, ‘Listen, this is very common and no big deal. It’s really easy to fix,’” said Heather. “But it wasn’t easy to fix - and in fact, it still isn’t.”

Typically, a soft brace can help correct the issue, and that was the first step for Maribeth. 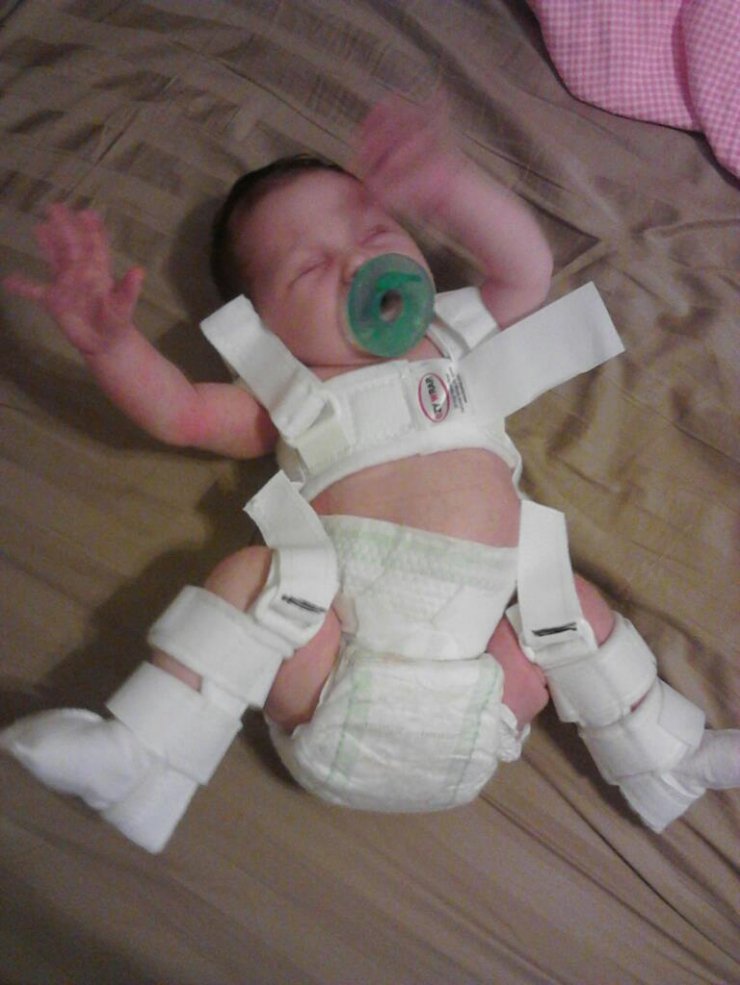 It wasn’t ideal by any means, but they were glad to have a path forward.

Unfortunately, that relief would be short-lived.

Maribeth was also diagnosed with two other conditions, kidney reflux and kidney dysplasia. With three birth defects on her chart, Maribeth’s doctors started to look for a genetic factor. It would take years to get her diagnosis, and Maribeth was six years old when the family first heard the term “Kabuki Syndrome.” 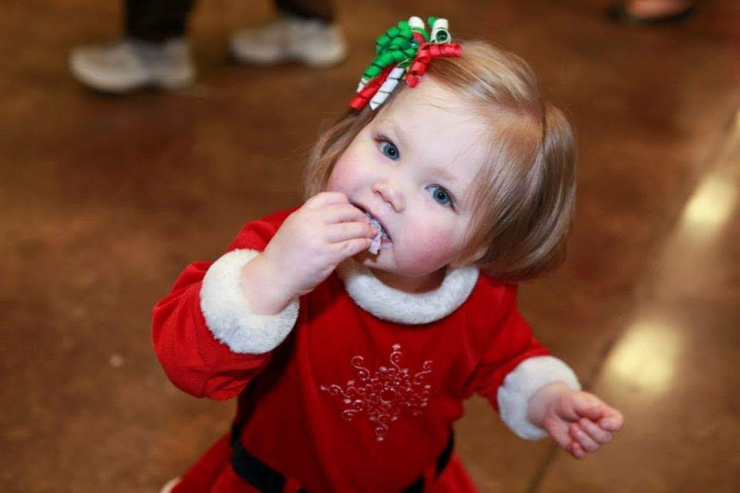 It’s a rare, multisystem disorder characterized by distinctive facial features, growth delays, skeletal abnormalities, and short stature. Specific symptoms can vary greatly from one person to another, but Maribeth had several of the prominent characteristics, including being prone to hip or kneecap dislocation.

At one point, she endured eight surgeries for her hips and had seven spica casts (from her chest to her feet) over the course of six years. 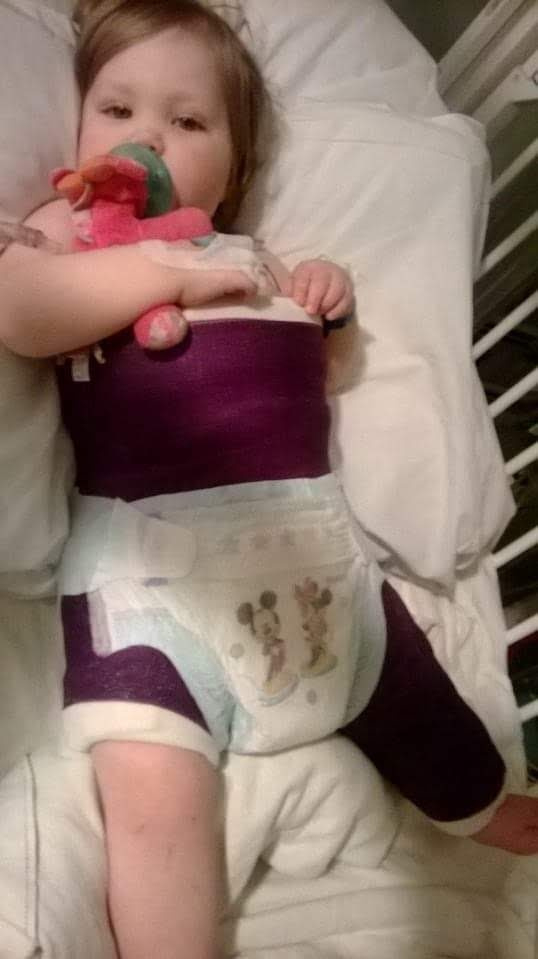 There were definitely hard times, that’s for sure. But Maribeth has always been one of those kids who was like, whatever you want me to do, I’ll do it. She is the epitome of chill and easy-going.

If you’re happy, you know it, you really want to show it. 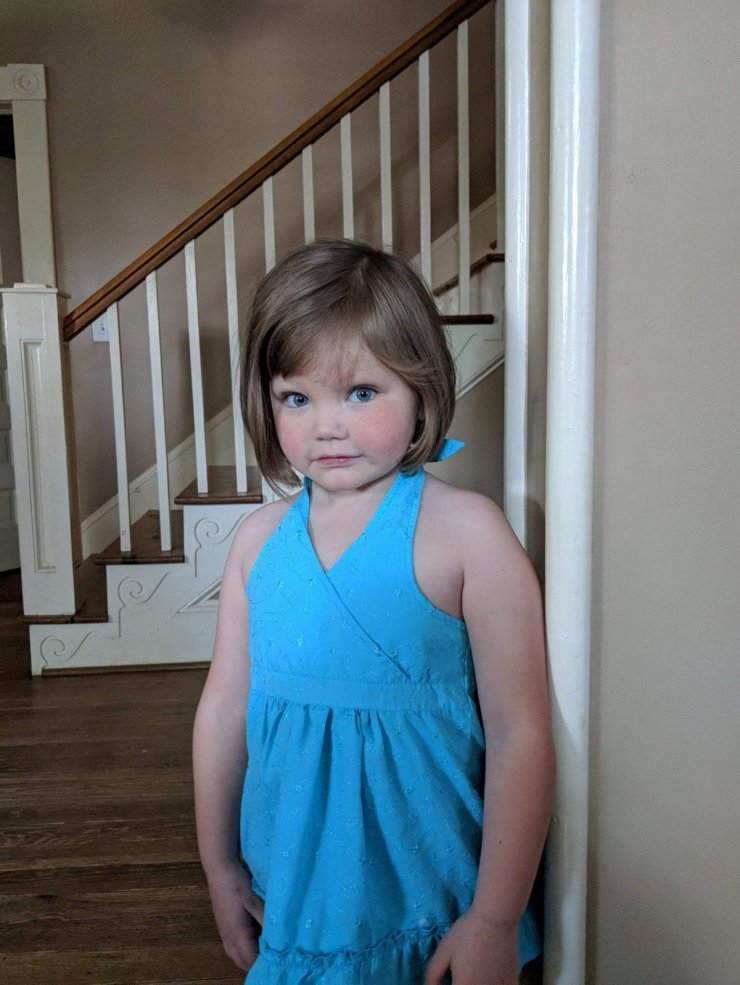 Maribeth also puts that positivity on display every single week, attending physical, occupational, and speech therapy without skipping a beat. In the early days, her progress seemed more identifiable, more concrete. Eventually, they realized that she wasn’t going to catch up - that it wasn’t even the goal for her. She was on her own trajectory. (And obviously winning over everyone’s hearts with her upbeat and positive attitude). 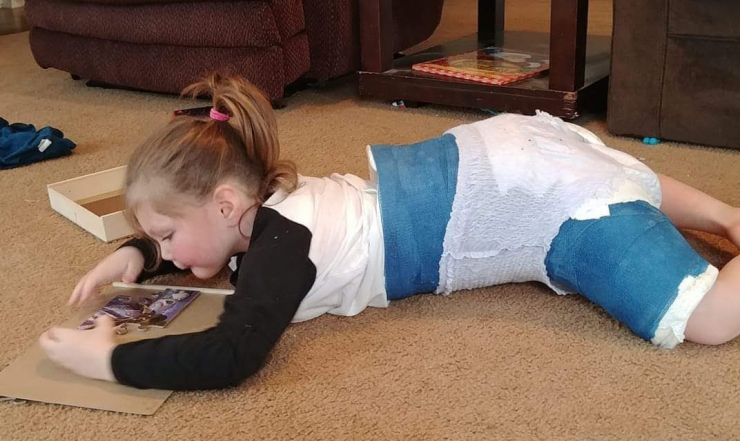 Thanks to an incredibly observant teacher, Maribeth also received a full evaluation from a psychologist to help determine if she had any sensory issues. They came back with two additional diagnoses: ADHD and autism.

“We were shocked because at that point, we identified autism as avoiding social interactions and people and that’s the opposite of Maribeth,” said Heather. “But we realized there’s a huge spectrum. She doesn’t always grasp the concept that some people don’t want to talk to her, and she doesn’t always read those cues very well.”

“She has a hard time with facial expressions and tone of voice, and she would say, ‘Is that your mad face?’ when she couldn't tell if she was in trouble or not.” 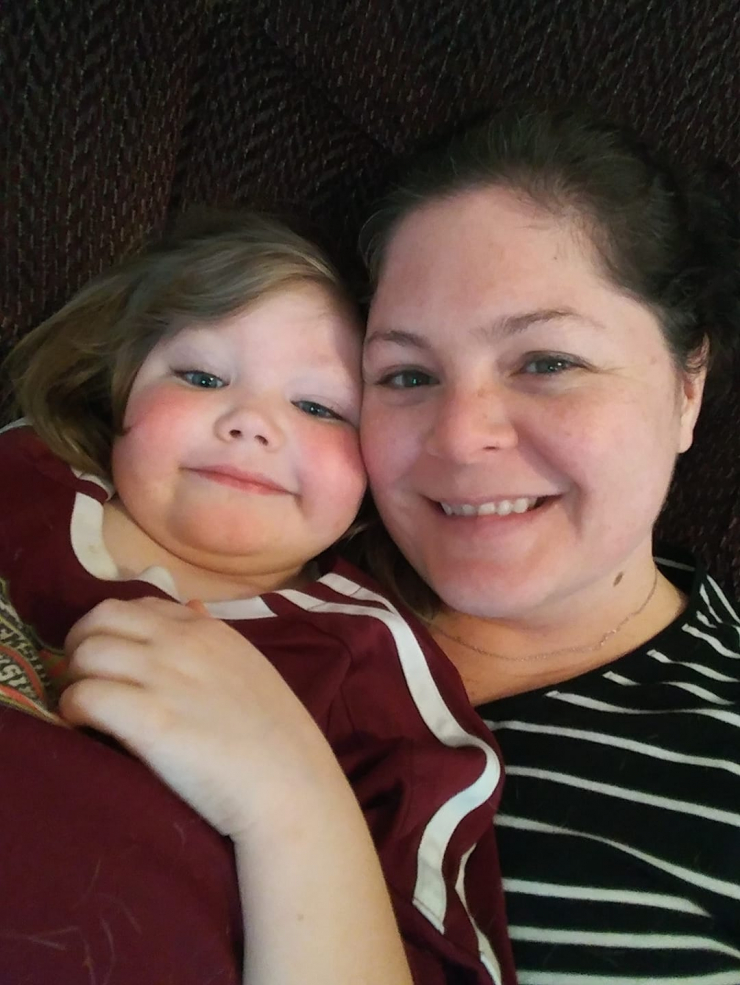 She’s really pretty amazing, and not just for her aspirational happiness.

Recently, she got involved with the local Special Olympics and joined the swimming team, which she absolutely loves. Then, she joined a dance class that she also attends once per week, likely wooing everyone in the room and bringing her special brand of joy to each class. 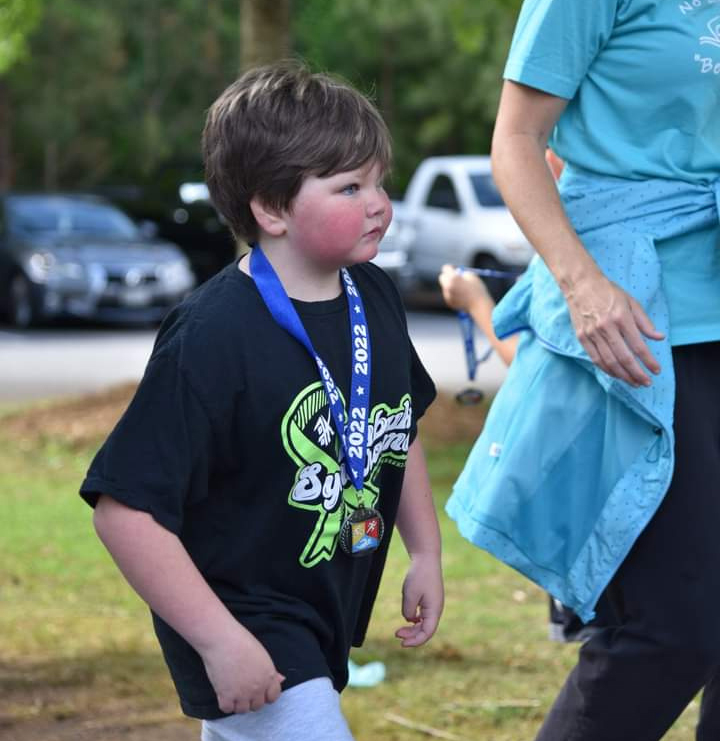 She’s involved in a lot, but at the top of her list is her after-school play time with her neighborhood friends. A few months ago, they all wanted to start riding bikes, which is an activity that poses a few too many challenges for Maribeth. She had to say, “Oh, ok. I guess I’ll go home and see you guys tomorrow.”

We can all agree that that is extremely unfair. 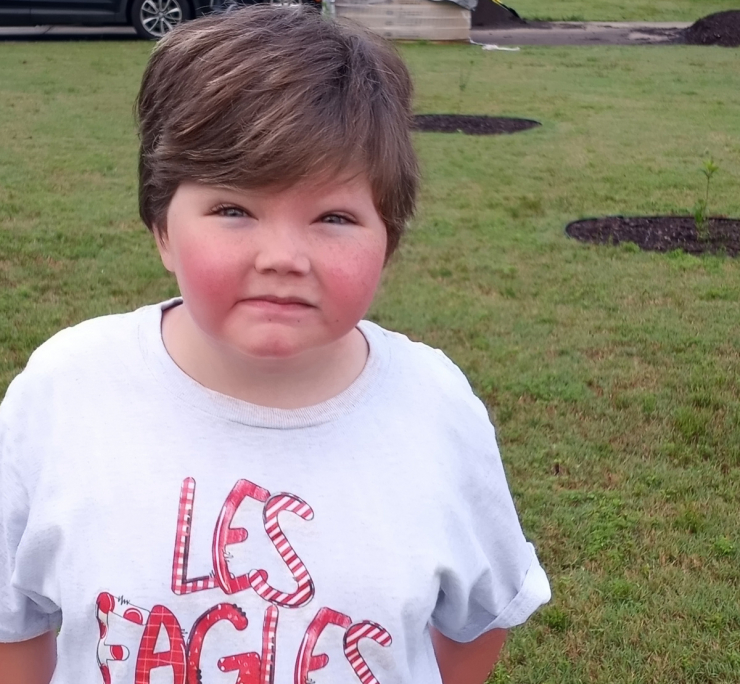 Around May of this year, Maribeth and her family went to a special event called the No Limits TRYathlon. It’s an adaptive triathlon with a swim, bike, and run event for individuals ages 4-21 years old with cognitive and physical challenges. 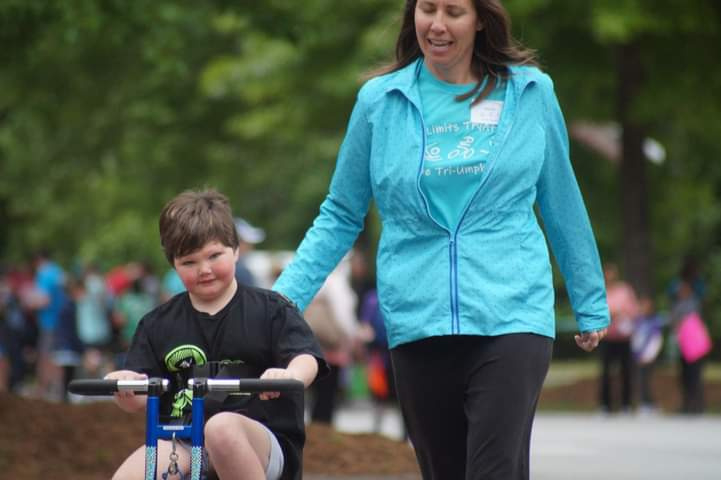 Maribeth was paired with a buddy to help her use floats and adapted bikes. It was the first time she rode a bicycle from Freedom Concepts and she was hooked.

The bikes are unquestionably cool. Unfortunately, they’re also unquestionably more expensive than your standard Huffy with a price tag of around $5,000 per bike. Heather knew the family couldn’t incur that cost themselves, so they looked around for some help. They found it with Chive Charities. 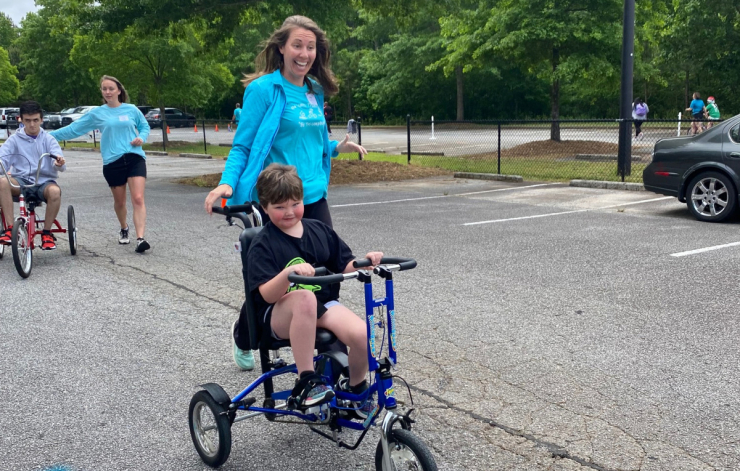 Thanks to the support of our Green Ribbon Fund monthly donors, we purchased a new Freedom Concepts adaptive bicycle for Maribeth for a total impact of $4,695.

Oh, and those neighborhood bike rides with her friends? This grant made that possible for her, too.

“For her to be able to ride bikes not just with her friends, but with her two brothers who she thinks walk on water…it’s just so incredible,” said Heather, tears filling her eyes. “It seems like something so small, but it’s really huge for her.” 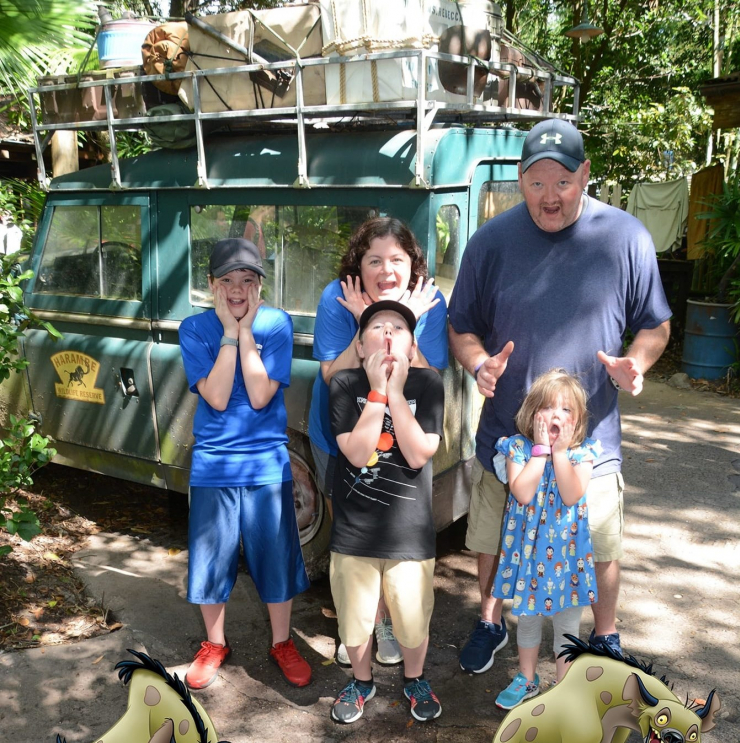 If you’re happy and you know it, you must be Maribeth. She doesn’t have an easy road ahead of her, and will likely endure more hip surgeries along with ongoing weekly therapy sessions. But this bike? This bike has the potential to keep that happiness pouring out of her, to keep those rays of sunlight beaming through the clouds.

It’s not just a bike. It’s the chance to be a kid. Today, that was possible because of donors like you. So if you’re happy, you know it, and you really want to show it, join our movement to spread Maribeth’s kind of happy. DONATE HERE.