Society tells us there are two types of people in this world – dog people and cat people.

I don’t purport to be either since the only pet I ever owned, unsuccessfully at that, was a goldfish named Mufasa. Even though Mufasa magically disappeared one day, I have a sneaking suspicion he ended up much like his namesake.

Kira, a 15-year-old from Vermont, on the other hand, is an animal enthusiast of all kinds. But if pushed to choose, I don’t think she’d mind if you labeled her a cat person. The fact that she’s alive today to be labeled as such is a miracle in and of itself. 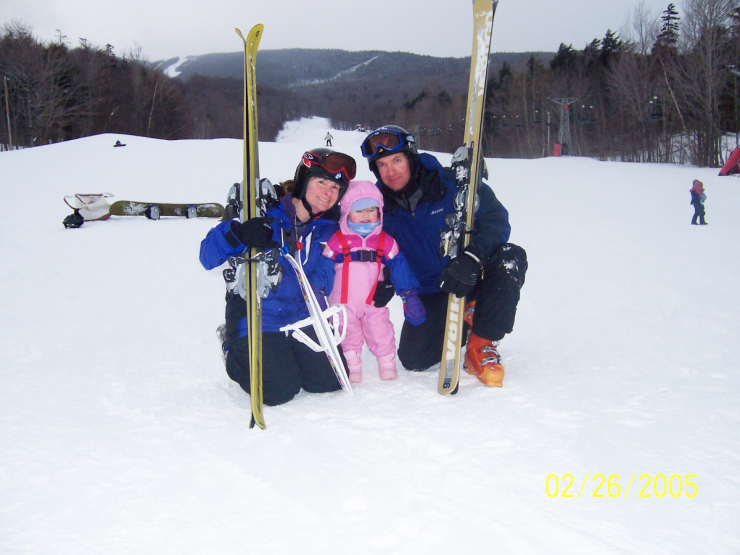 Kira grew up a normal active child in a state where getting outdoors and enjoying the beauty of nature is easy to do. With a ski patrol officer father, she found herself on ski’s before she could even walk confidently. A talented athlete, Kira grew to excel in soccer, ballet, and gymnastics, but skiing is where she made her mark. 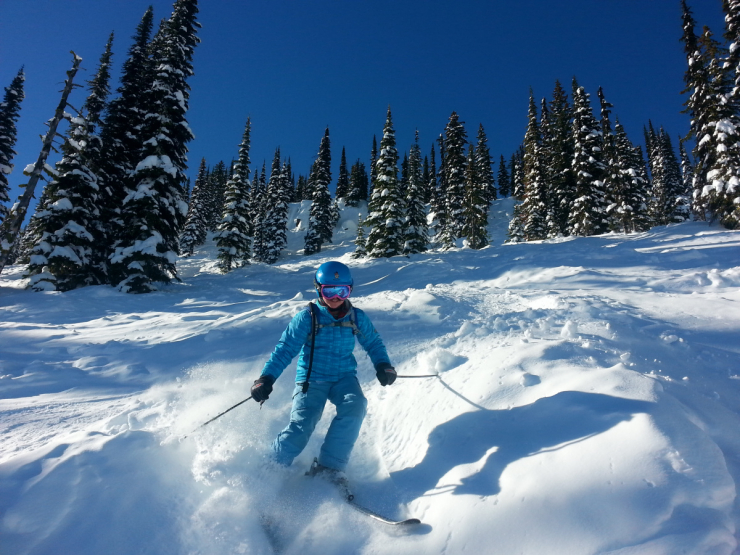 Ski racing by the time she was 8, she went on to place 2nd at the Mountain Dew Vertical Challenge Championship. 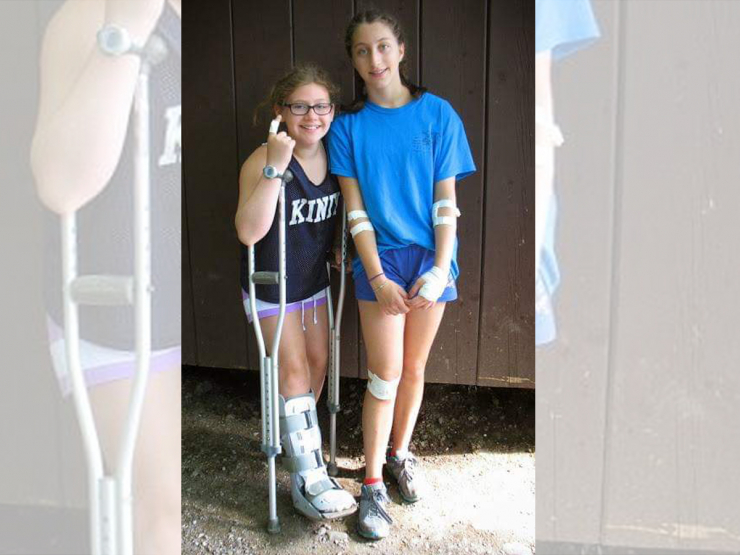 Life was pretty normal for Kira. Sure, there were the weird injuries she had sustained over the years. But doctors attributed the high amount of broken bones, splints, and casts throughout Kira’s childhood to hypermobility of her joints and her active lifestyle.

Then puberty hit and the extra hormones kicked off a rapid health decline for Kira. In a time when most of us only have to worry about covering up zits or whether that girl from 4th period algebra likes us, Kira’s life was much different. Her day to day was becoming a physical hell. 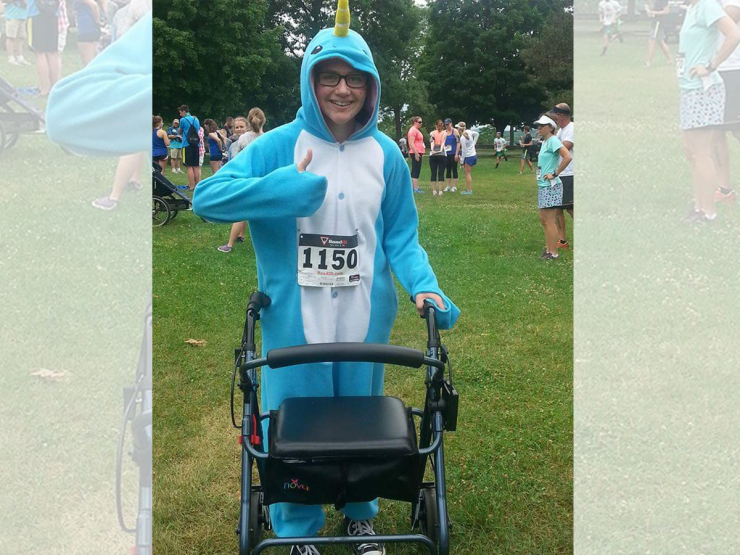 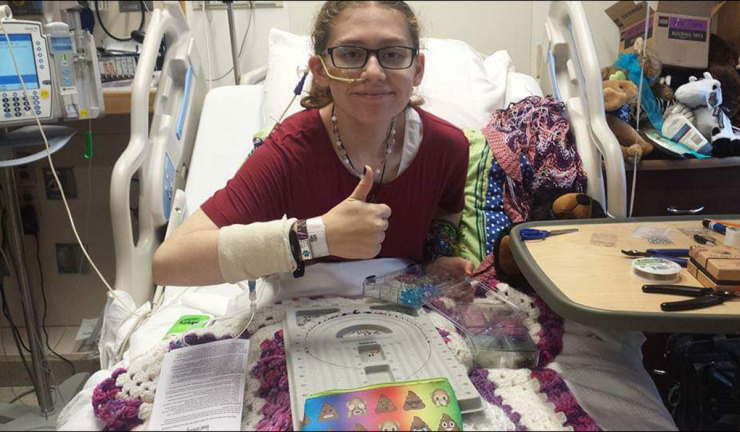 The next couple of years saw Kira go from an active lifestyle to using a walker to get around and ultimately she was left completely reliant on a wheelchair. Eating anything was accompanied by crippling pain and bloating. Kira’s weight dropped nightmarishly low, from 135 to 86 pounds. 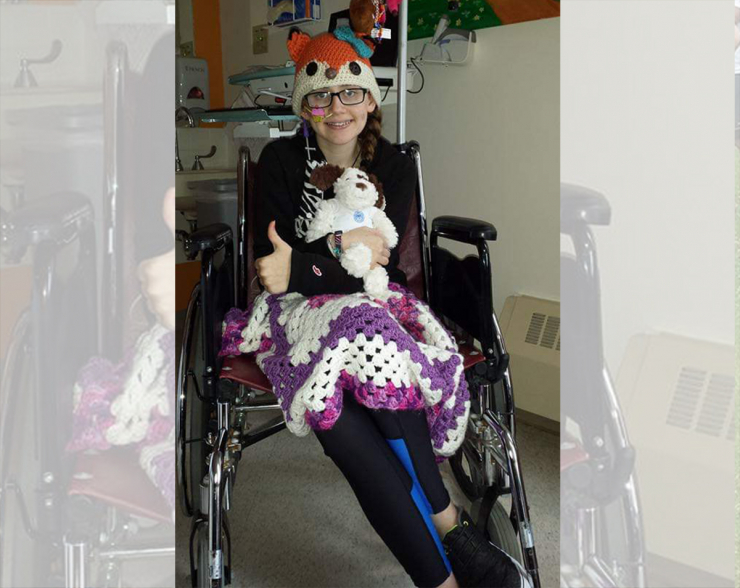 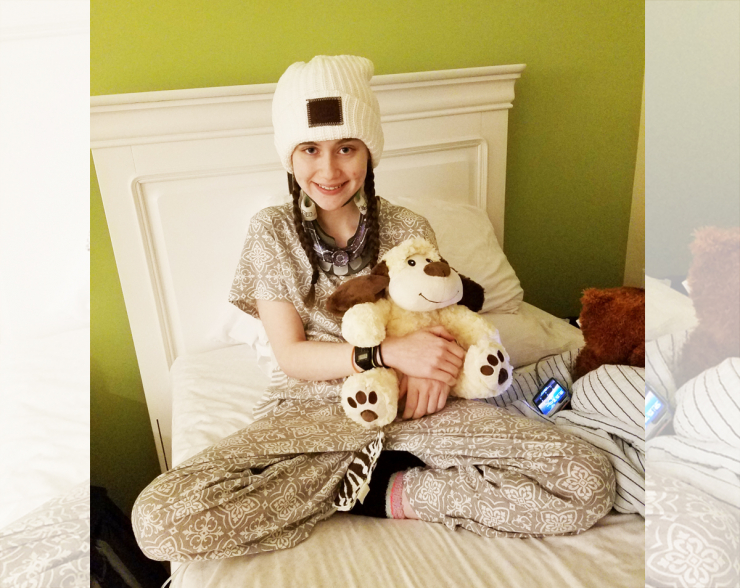 Doctors were able to diagnose Kira with Hypermobility type Ehlers Danlos Syndrome (h-EDS). h-EDS is an extremely rare connective tissue disorder that affects how the body produces collagen. Collagen is basically the glue that holds everything together. In Kira’s case, her h-EDS is on the severe end of the spectrum. Her condition has led to a long list of other medical conditions, including POTS (Postural Orthostatic Tachycardia Syndrome), dysautonomia, mast cell activation syndrome, small fiber neuropathy… The list goes on but I think you get the point. 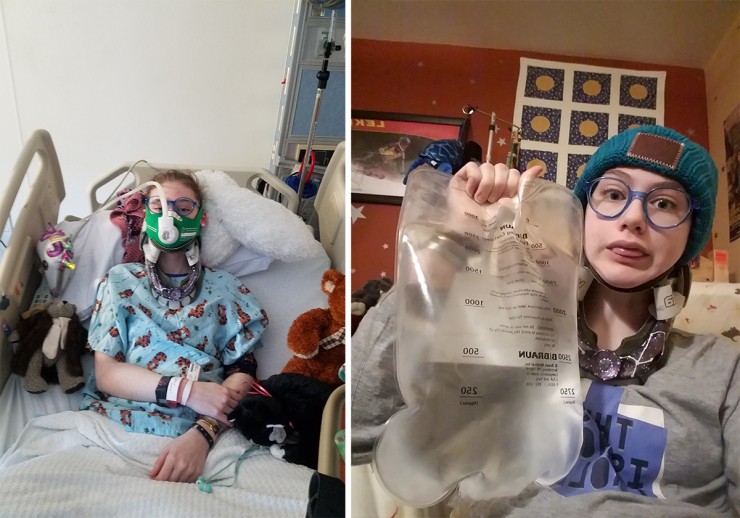 After countless trips to the hospital and surgeries, doctors were able to get Kira’s nutrition stable and get her back to a manageable weight, although she can no longer eat or drink anything by mouth.

With so much in her life out of her own control, Kira turned to one of her biggest passions to bring her solace, her love for animals. 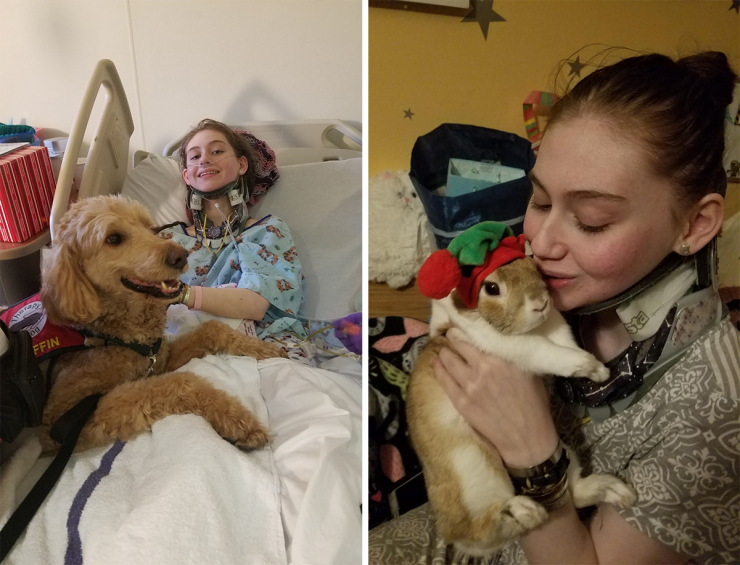 Never one to let her condition define or limit her, Kira now shadows a local veterinarian a couple of hours a week. Her goal is to one day become a veterinarian herself. 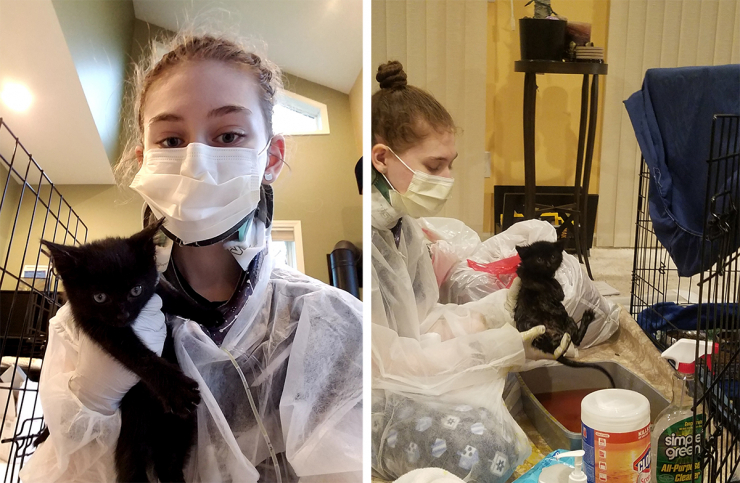 Kira began fostering kittens from local animal shelters within her home. When asked why she has expressed such an interest in fostering kittens, Kira’s response melts our hearts. “I get fed up having to rely on other people for all my needs, really,” she said. “So I wanted to have a life depending on me – just kind of switch the roles. And it gives me a huge sense of purpose.” 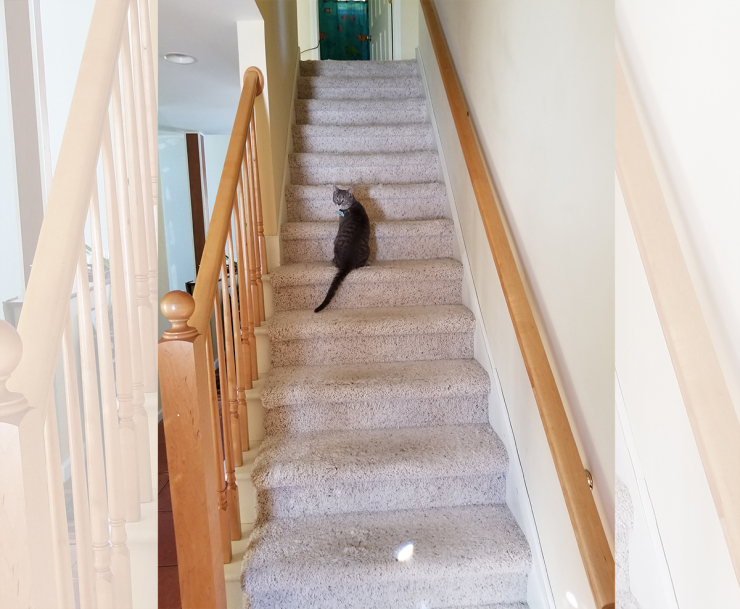 For all her noble efforts, Kira does still need to rely heavily on her parents to do most things. Before her physical decline, she lived in her own second-floor bedroom. Being unable to ascend the stairs regularly has left her on her bed in the middle of the living room.

Imagine being a teenage girl living in a fishbowl with no privacy! Making matters worse, the home only has one full bathroom which, as you may have guessed, is on the second floor. A simple shower for Kira is anything but simple. Her mother needs to push her 108-pound frame up the staircase one step at a time. The process is neither easy nor safe for Kira, leaving Kira and her parents exhausted.

Getting Kira into her own room on the ground floor became essential and Kira’s parents knew they needed to do whatever possible to make it happen. 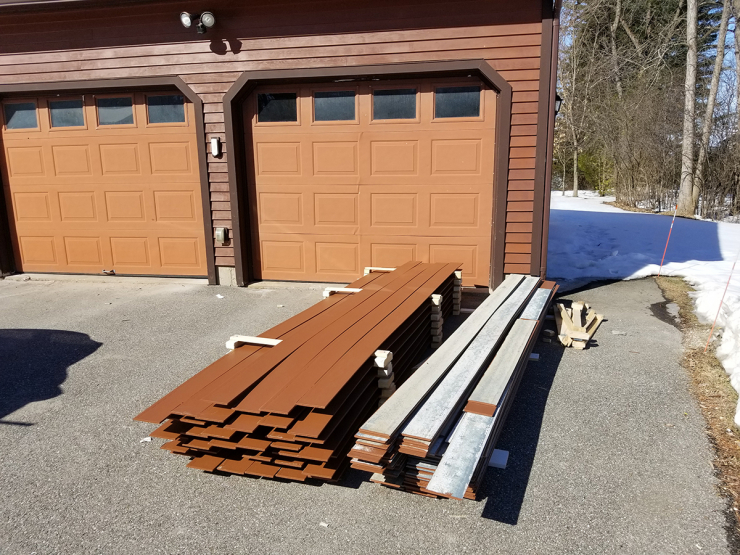 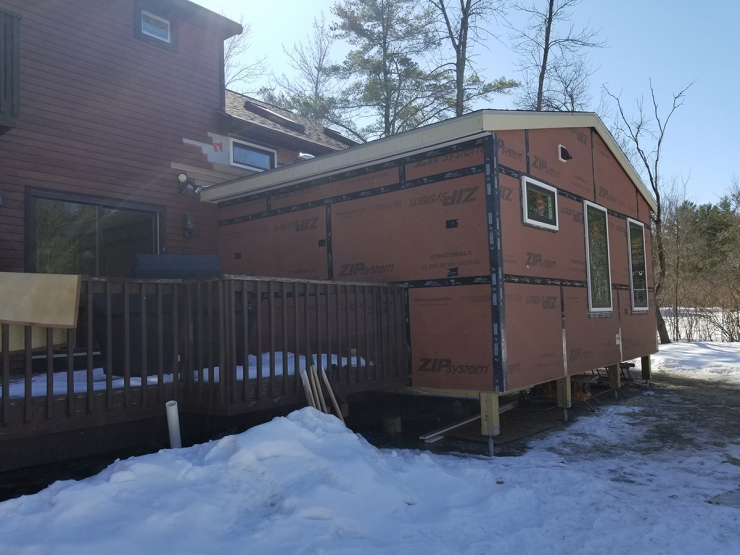 This past winter, they began making that dream into a reality by adding a wing onto the back of the house just for Kira. But funds started to deplete around the time that Kira had to go in for spinal fusion surgery. That surgery landed her in the hospital for 19 days.

Now more than ever, it was crucial to get her into her own safe and comfortable living quarters as soon as possible. That’s when Kira’s father, Peter, reached out to Chive Charities for help. 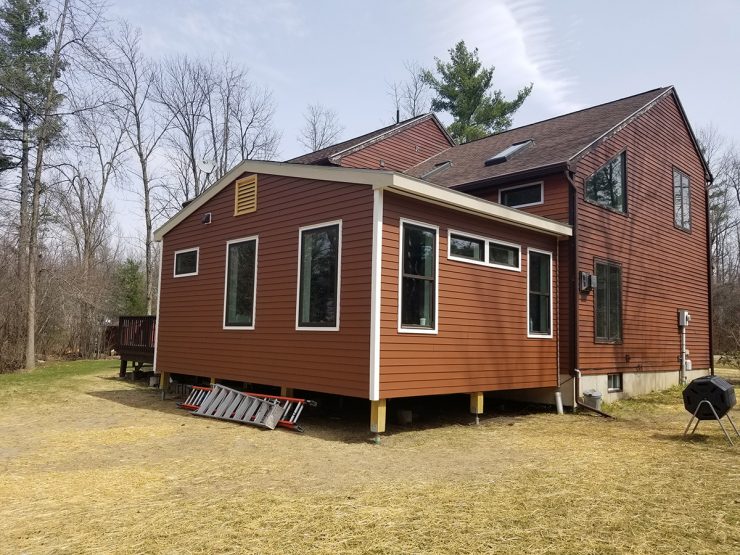 More than anything else, we hate it when an underdog is trapped in an unsafe situation. We know our monthly donors feel the same way, too. That’s why Chive Charities is happy to step in with a $20,000 grant to help finish the renovation and get Kira into her own space. 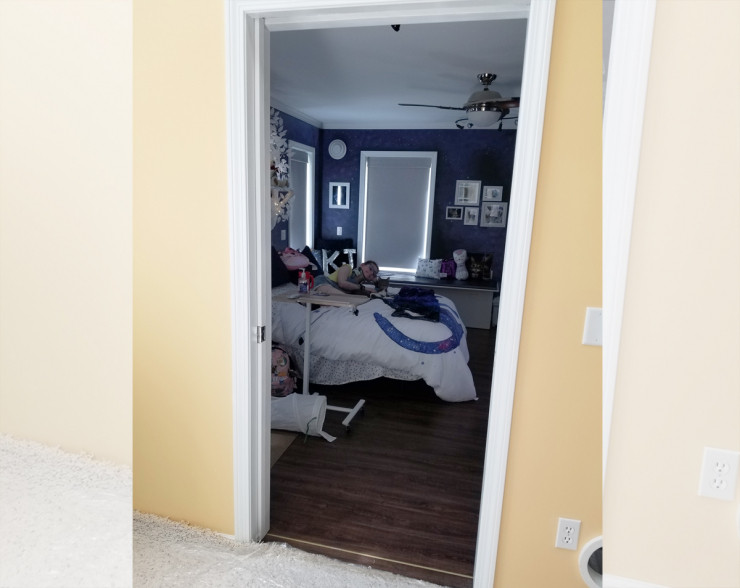 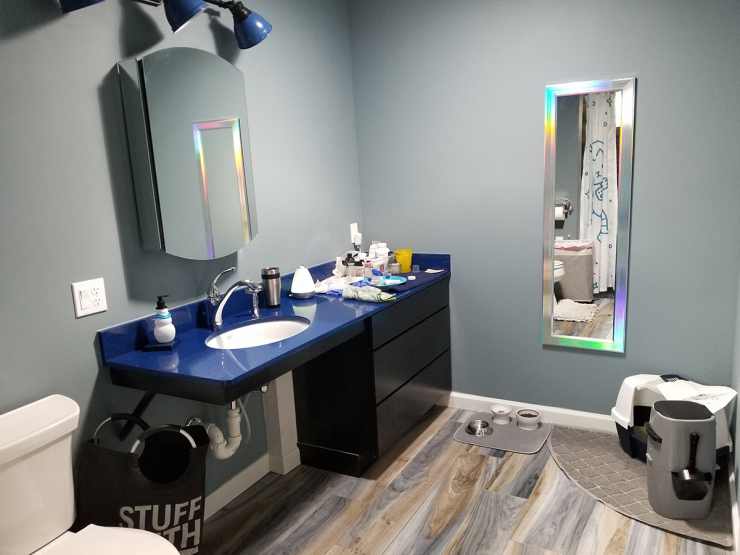 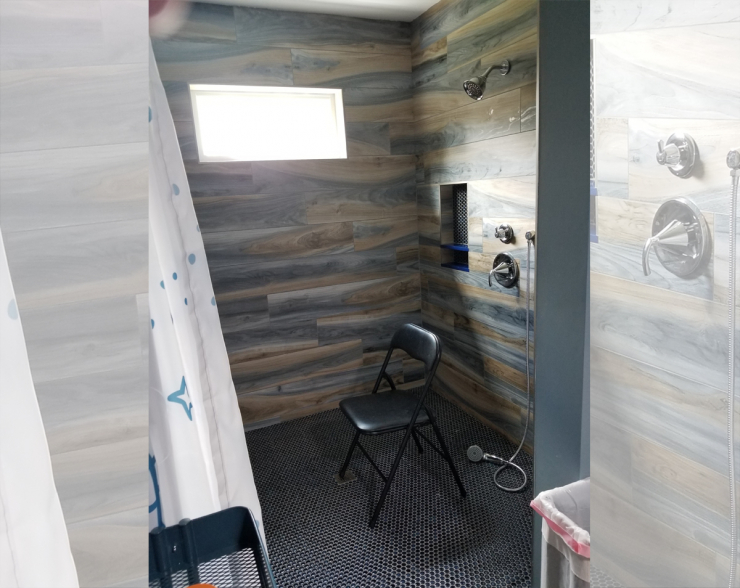 Kira’s new space comes equipped with a wheelchair accessible bathroom and a roll in shower.

OK, you guessed it…. Space cats! 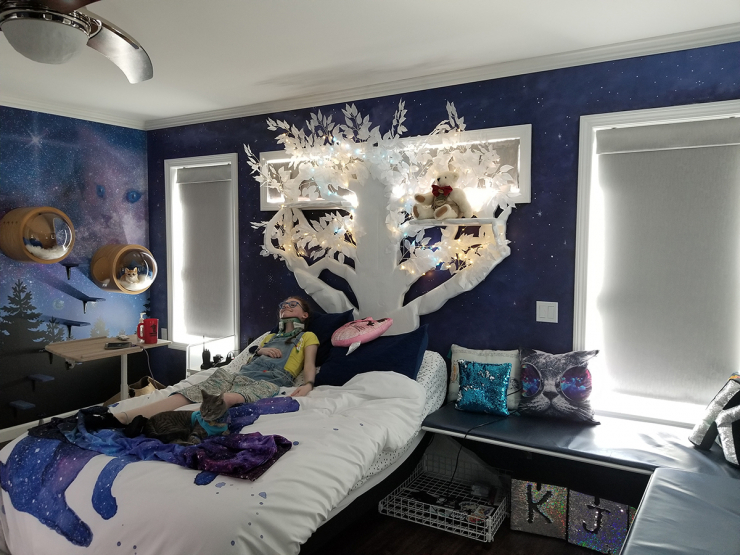 When Kira was approached by the Make-A-Wish foundation, her wish was a little different than anything they had ever heard. She wanted to outfit her room with equipment and furnishings to help her rescue and foster kittens. They went above and beyond with a design that’s out of this world. Kira couldn’t be happier with the way everything turned out. 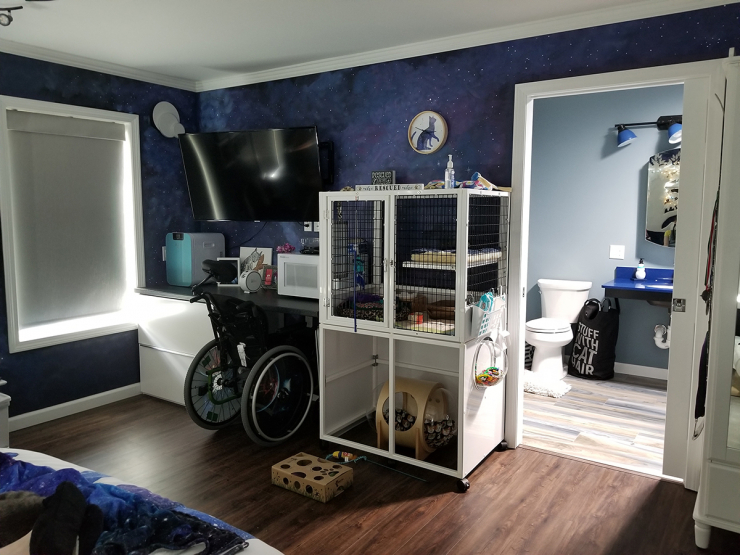 Kira is still recovering from her recent surgery but her parents told us she is doing better. With the help of Chive Charities donors and Chive Nation behind her, we’re happy to give her road to recovery a much-needed boost. And hey, there just might be a few cats along the way that get some much needed love, too. 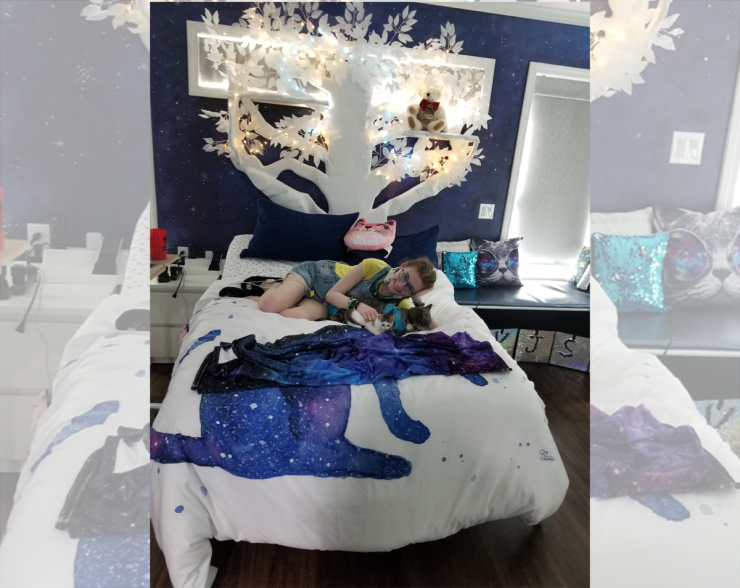 A special thank you to every Green Ribbon Fund donor that helped make the world at least 10% happier for Kira and her family. Without you, there would be many more underdogs like Kira out there feeling trapped with nowhere to turn. Help make a real difference in the next life we change by donating RIGHT HERE.