This first responder endured the unthinkable

It was less than 24 hours after the World Trade Center towers fell and a lone car barrelled across an eerily empty George Washington Bridge heading towards Manhattan. To the right, a large plume of smoke and dust filled the horizon, obstructing the view and covering the city in a blanket of despair too heavy to lift. 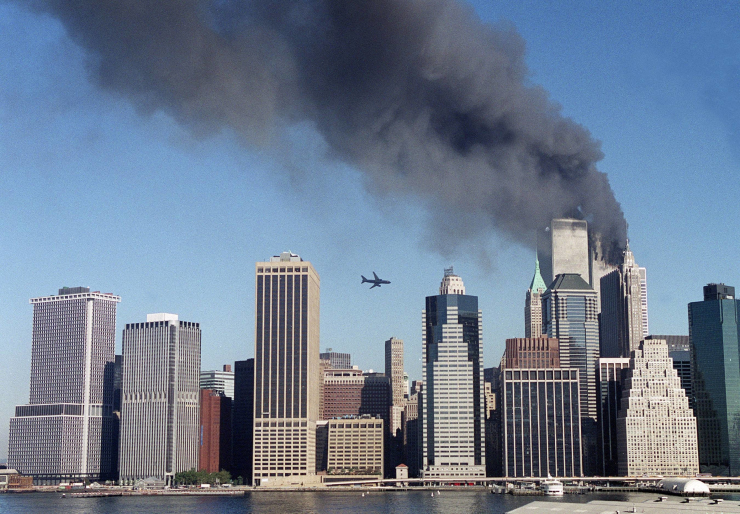 The men in the car, all members of an elite New York State Police tactical unit called the Special Operations Response Team (SORT), clenched their jaws and stared at the scene with grim determination. 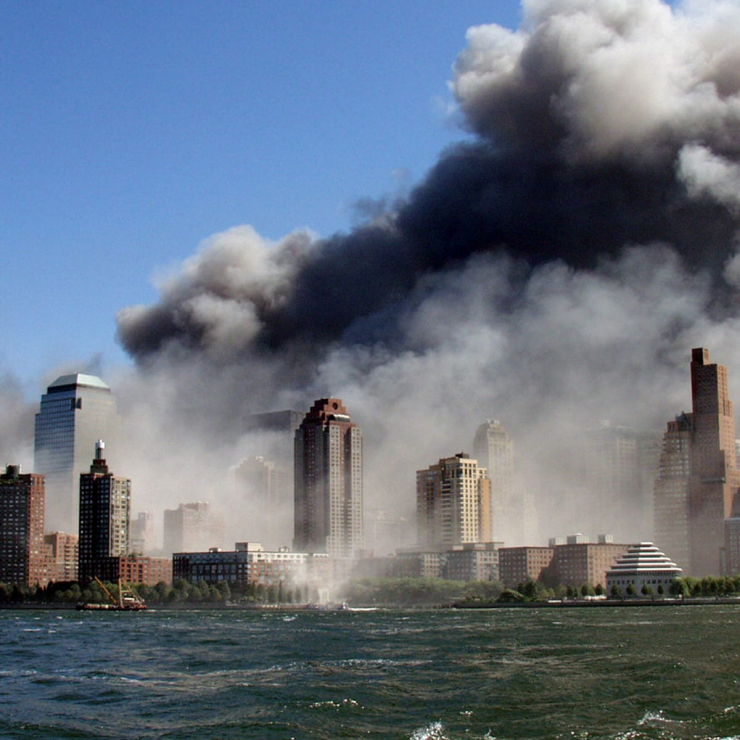 As they got closer to Ground Zero, they were met by a giant wall of dust, like watching a rainstorm move toward you across a highway. Visibility dropped, the rich color and vibrancy of the city streets replaced by a dull gray hue that enveloped the air around them. They drove until they reached the New York City command post at Liberty Plaza, directly adjacent to the site where the Twin Towers had stood only one day earlier. 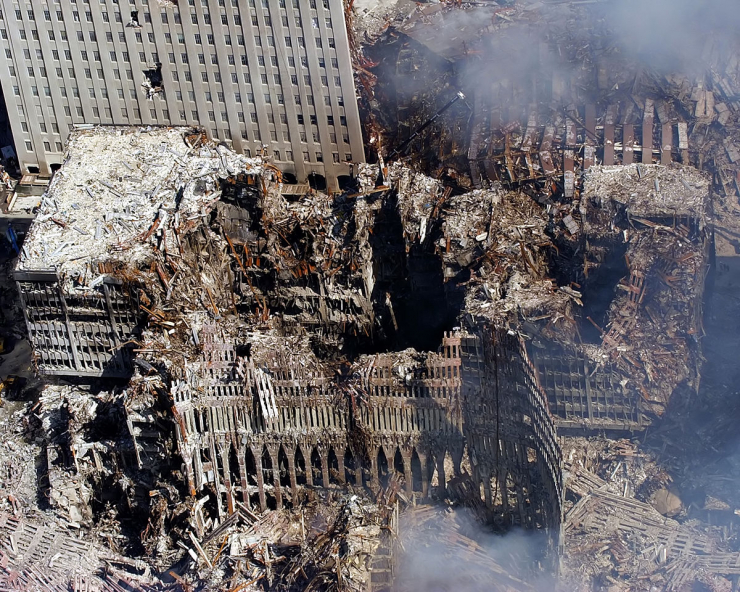 Office papers blew across the ground, whipped into the area by winds as high as 200mph from the force of the collapse. The team expected to begin rescue operations but were instead met by a scenario that could only be described as a nightmare.

Ron Pastino, an Army veteran and SORT member, stood amongst the rubble in total disbelief.

“I remember looking at the pile, and looking up,” he told us. “It was - I don’t even know - 10 stories high. It was immense. And I just remember talking to one of my teammates and saying, ‘It’s going to take them at least a year to get this ground level.’ There are just these huge 50- and 100-foot beams that are bent and twisted...it was just a hard scene to digest.” 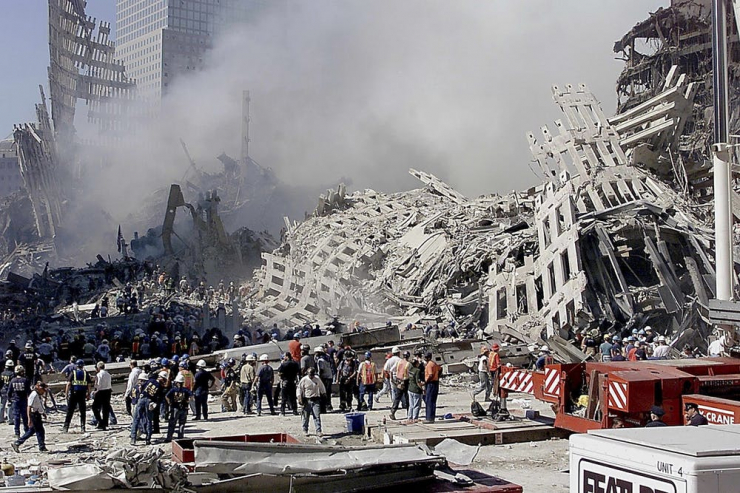 The SORT men picked a spot and began looking for people, carefully sifting through dust and debris, climbing over and under the steel beams, and trying to avoid the small pockets of fire that surrounded them.

“I remember feeling like I was in a war zone,” Ron said. “But I’m really in my home state city.” 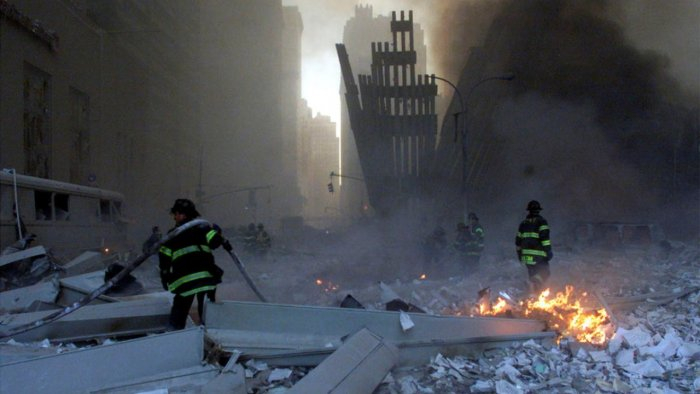 Ron climbed down into the tangled mass of debris, deep enough that he began to wonder how he would get back out. Scattered all around him were the contents of wallets - driver’s licenses, ID’s, credit cards. He gingerly stepped around stacks of shoes; the inertia from the force had popped them off while they were still tied. As he stood in the pile, he noticed one driver’s license laying on a beam covered in dust. 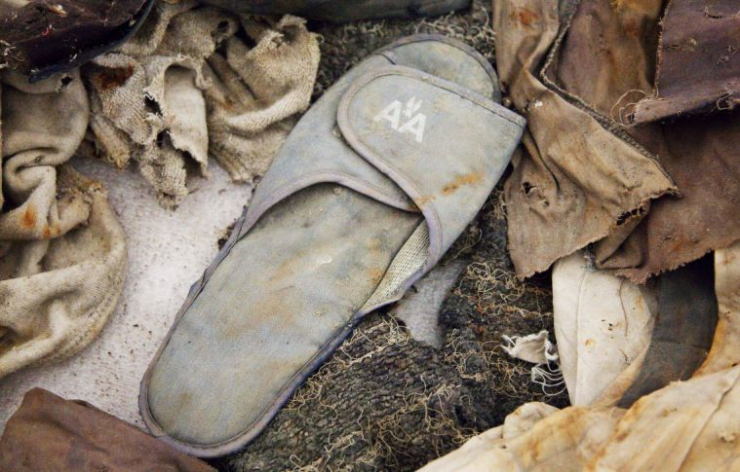 The gravity of what he was seeing settled on his shoulders like the dust all around him. Only this couldn’t be brushed off with the wave of his hand.

“That’s the thing that bothered me the most,” he told us. “The innocence. Those people were going into work to be productive Americans and an evil, evil crew of people took that away and stole that from them. Those innocent people.” 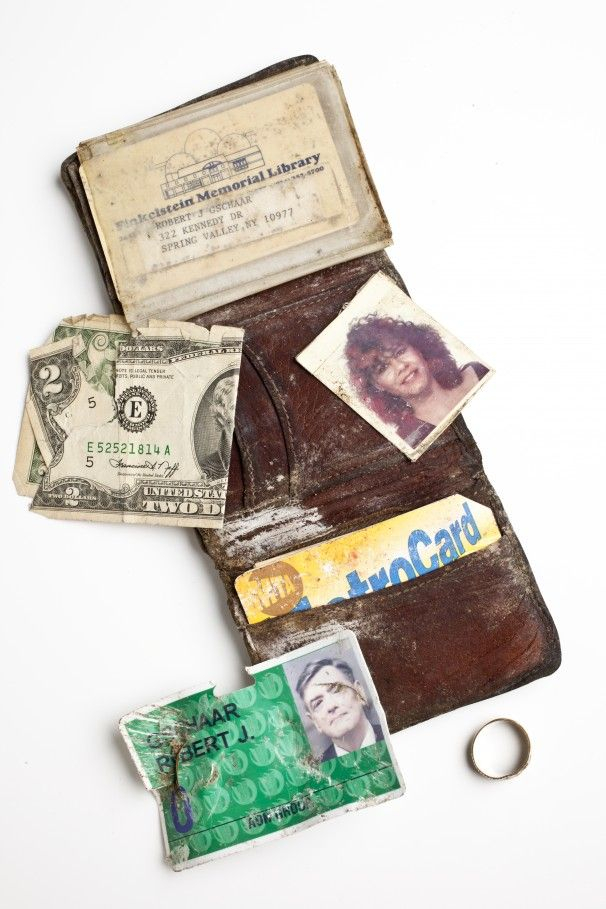 For seven months, Ron and the SORT team stayed at Ground Zero, rotating between the site and their homes every few days. For the first 11 days, Ron stayed in the same clothing. There was simply no time to change or worry about finding other clothes.

What he thought would take a year to clean up and level took only months, something that astounds him to this day. The mental, physical, and emotional toll, however, became the bigger challenge for many of the 9/11 first responders, including Ron. 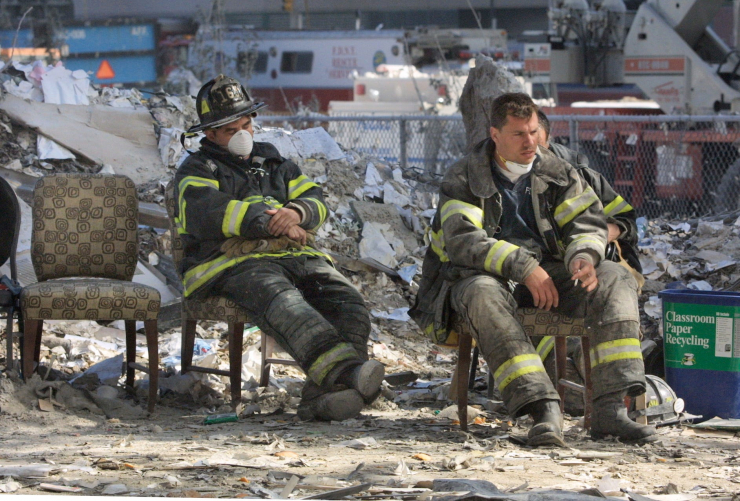 As a trained special operations member, Ron was an expert at compartmentalizing and focusing on the task in front of him. So instead of thinking about himself, he looked at his team and continued pushing forward for them. One day at a time, one operation at a time.

Despite the traumatic effects of September 11, 2001, Ron never slowed down or let his emotions impact his work. In the years that followed, he excelled as a SORT member and was a key part of numerous high-profile tactical operations including multiple active shooter events, the notorious Dannemora Prison Break, and the manhunt and capture of FBI Top Ten Most Wanted Fugitive, Bucky Phillips.

Ron and his SORT teammates lost a close friend and partner in that operation, 32-year-old Trooper Joseph Longobardo who was shot in the thigh by Phillips and later died from extensive blood loss. 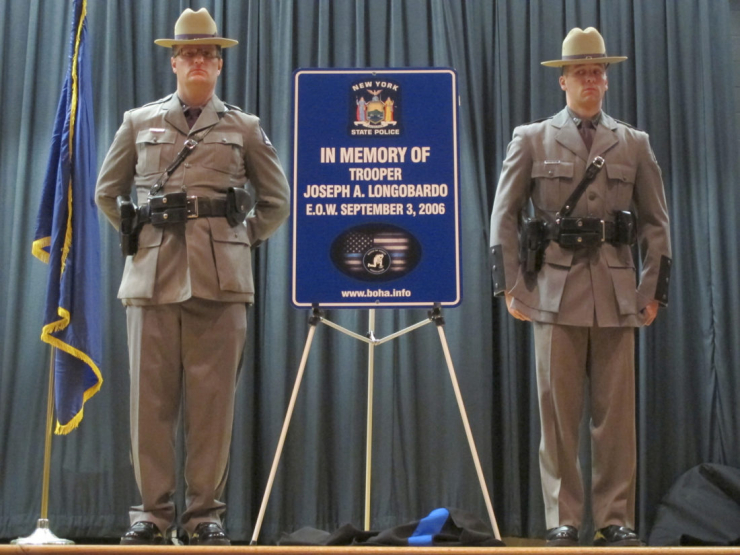 Throughout his 21-year NYSP career, the loss of four team members through similar operations would stay with him long past the moments of triumph and success. 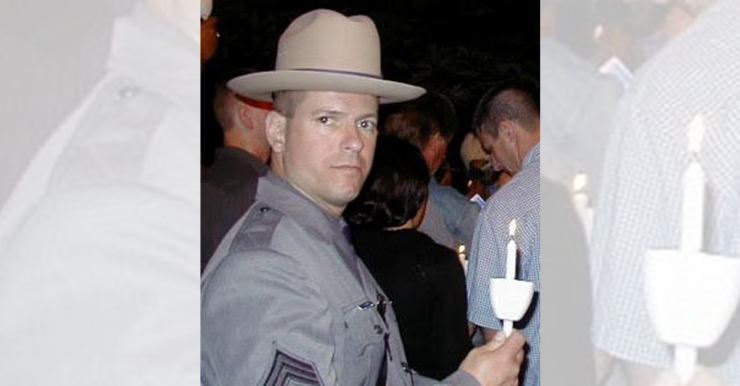 Still, he continued to push forward and fulfill his call of duty. But the body remembers what the mind tries to forget.

One day, Ron stepped out of his office to go for a 3-mile run around a nearby loop - something he had done many times before. As a tier-1 asset for the state of New York, peak physical condition was a necessity for the job. Only this time, Ron struggled to get through it.

“I just felt like something was wrong,” he told us. “I couldn’t figure out what it was, but I knew something wasn’t right.” 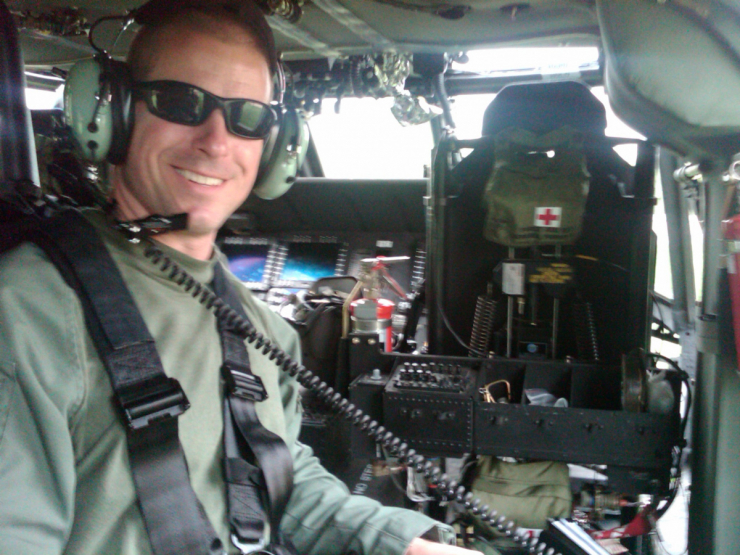 The next day, he tried again. Same result.

Finally, Ron saw a doctor and explained what had been happening. Initially, the medical team thought it might be related to his heart, but those tests all came back clear. It wasn’t until they did a CT scan on his chest that the answer appeared in the form of small nodules on his lungs.

“I was like, ‘I never smoked, doc. But you know I spent seven months at Ground Zero,’” he said. 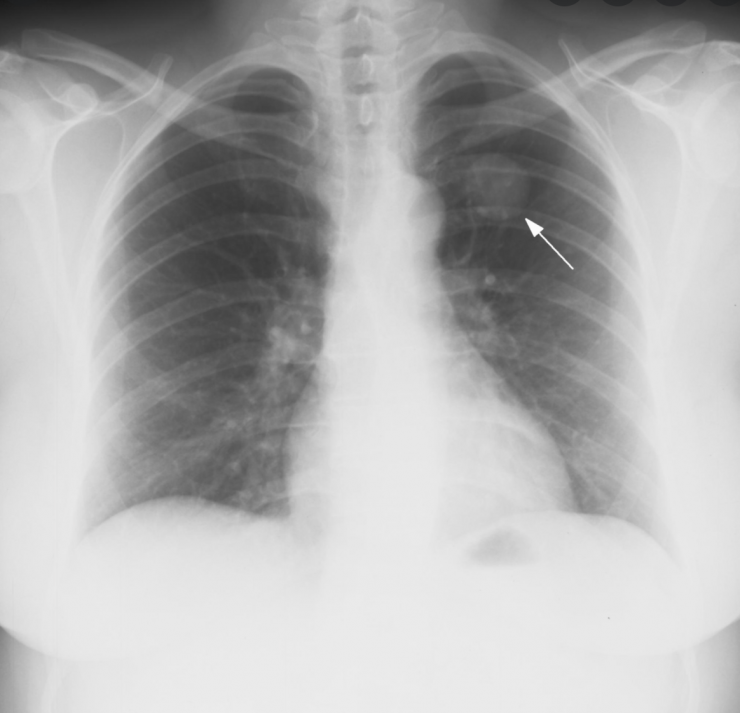 It would take a few weeks and a new team of doctors, but Ron was eventually told that he had lung disease and possibly even lymphoma - he needed immediate surgery to see what was going on and how he could be treated.

“That was very tough to deal with,” he said. “I’m living at the tip of the spear doing some cool guy stuff all the time and I never thought I would have a chink in the armor like that - but I did.”

Doctors ended up removing a quarter of his right lung and a bunch of lymph nodes.

While they were (fortunately) able to rule out lymphoma and cancer, Ron was officially diagnosed with interstitial lung disease and an inflammatory disease that was specific to the World Trade Center and 9/11. 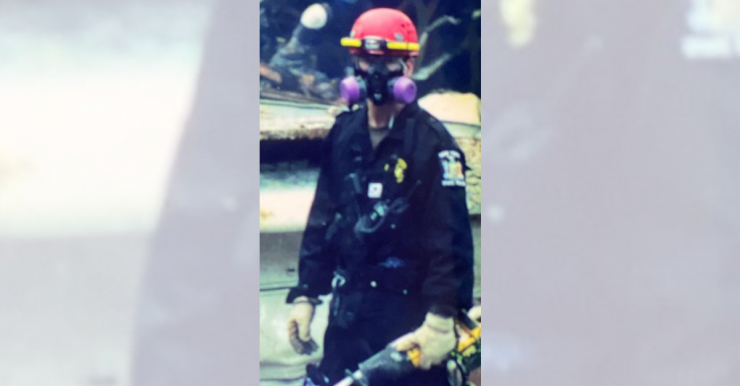 The body remembers what the mind tries to forget.

Not long after his diagnosis and surgery, Ron was forced to retire from the NYSP and the job he loved so much, causing emotional and financial strain on him and his family. More than two decades of service ended in the blink of an eye. 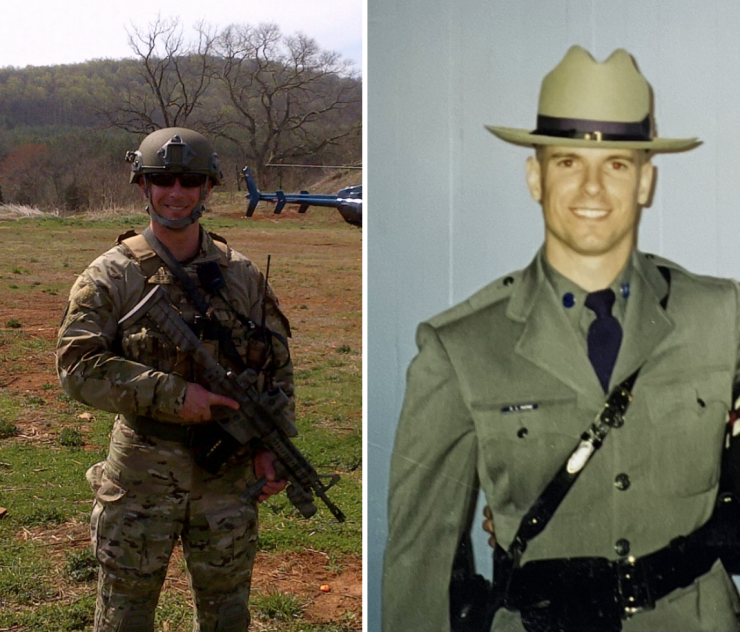 But if you think the story ends there, you’re forgetting who we’re talking about here. Ron Pastino does not back down easily. He started looking for resources and help for veterans and first responders, calling on many nationally-recognized nonprofit organizations.

“I would literally sit down for hours and just google organizations,” he told us. “I mean, I lost my career and my salary, and it was hard for me to adjust. And I thought, ‘There are all these charities that say they can help, and I’m going to take them up on that.’ Why wouldn’t I?”

Only many of the non-profit organizations Ron contacted did not help him. Quite the opposite.

“I ran into some unethical ones who are not there for the right reasons,” he said. “I won’t name names, but they’re out there.”

It was disappointing and frustrating, but finally, there was a positive turn of events. After one quick search, he stumbled upon Warrior Wellness Solutions and they referred him to the Texas-based Boot Campaign. 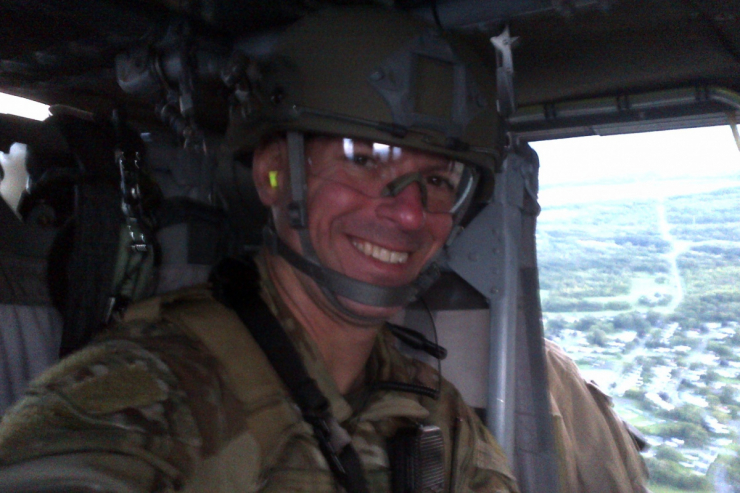 Currently, there are more than 45,000 Veteran Service Organizations (VSOs) registered with the IRS. Only 4% work within the Health & Wellness category -- and less than 1% spend a million dollars or more on that specific category. Boot Campaign does both.

Ron was accepted into their Health & Wellness program and has already started seeing benefits from the holistic approach. And when he had a few other needs that were outside their scope of work, they told him about another veteran-focused organization that might be able to help: Chive Charities. 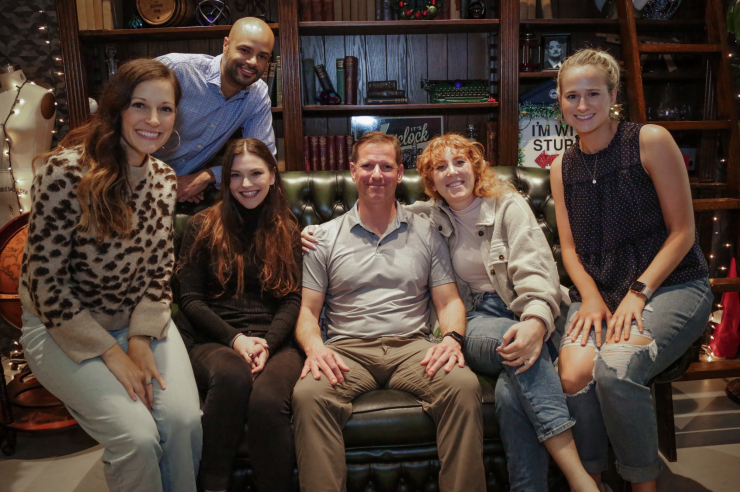 As soon as we heard Ron’s story - as soon as we saw a glimpse into his 21 years of service - we were all in on getting him whatever he needed. 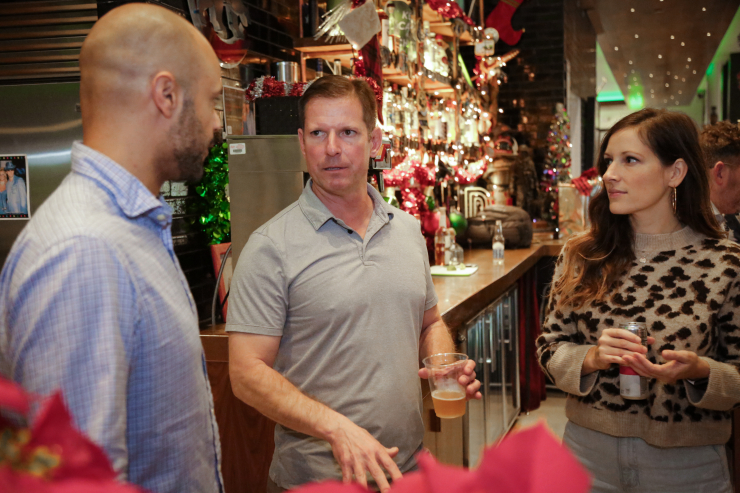 Part of his health and rehabilitation is consistent exercise, something he tries to tackle in his own home to save some money. But exposed insulation and less than ideal venting exasperate the symptoms of his lung disease.

We’re working with some local contractors to remedy that (in addition to some other moderate home repairs), and we also purchased a new Peloton treadmill to keep him moving forward. The total impact was $10,862, all made possible through our incredible community of donors. 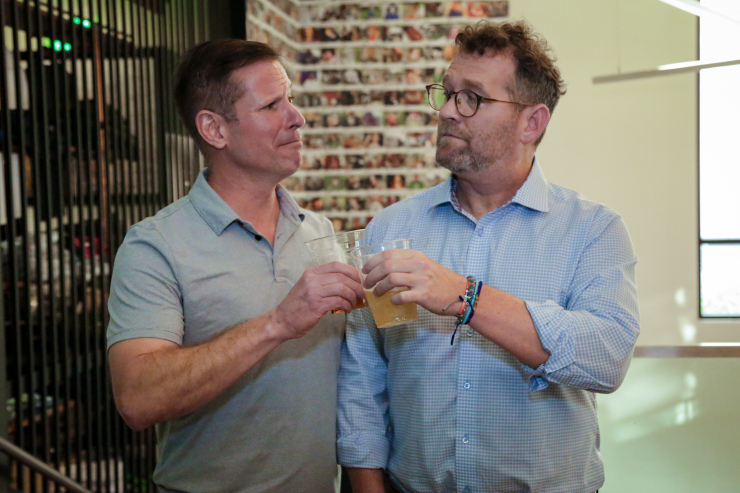 Feeling like he was finally getting the support he needed was harder to quantify.

20 years ago, Ron Pastino stood amongst the rubble, gripping a stranger’s ID in his hand, thinking, “I will help you.” For 7 months, he maneuvered through dust and debris for all the innocent lives lost that day. Now, 20 years later, he stood in front of us, asking for help of his own.

The body remembers what the mind tries to forget. For the nearly 3,000 victims of 9/11. For Ron Pastino and the countless first responders risking their lives for our safety. For the four team members of SORT. Those innocent people. We will Never Forget. DONATE HERE.