How soon can you get here?

It was the first girl due to be born in four generations of boys, and the Galvan family was ecstatic. As they drove to their ultrasound appointment, Ceasarae (mom) and Austin (dad) were thinking of what the future would hold for their daughter, this long-awaited girl. 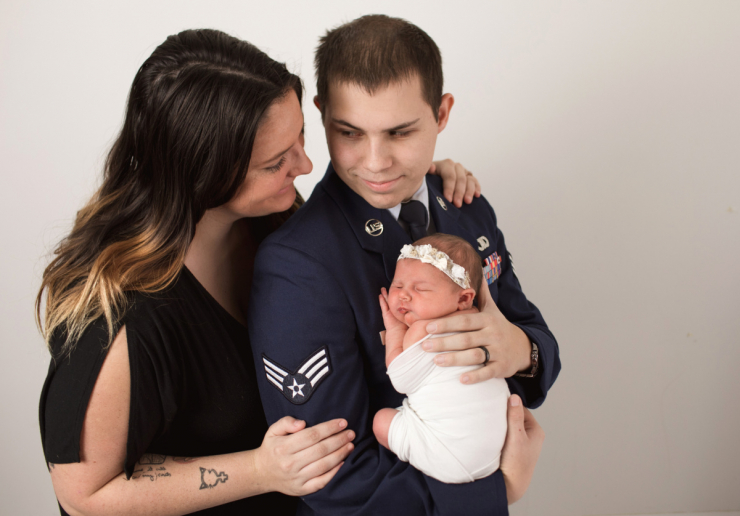 The technician moved quickly and blurry black and white images illuminated the screen, a tiny but growing baby filling the frame. To Ceasarae’s eye, the ultrasound report looked off, but she brushed off any perceived abnormalities as normal anxiousness, a mom worrying over nothing. 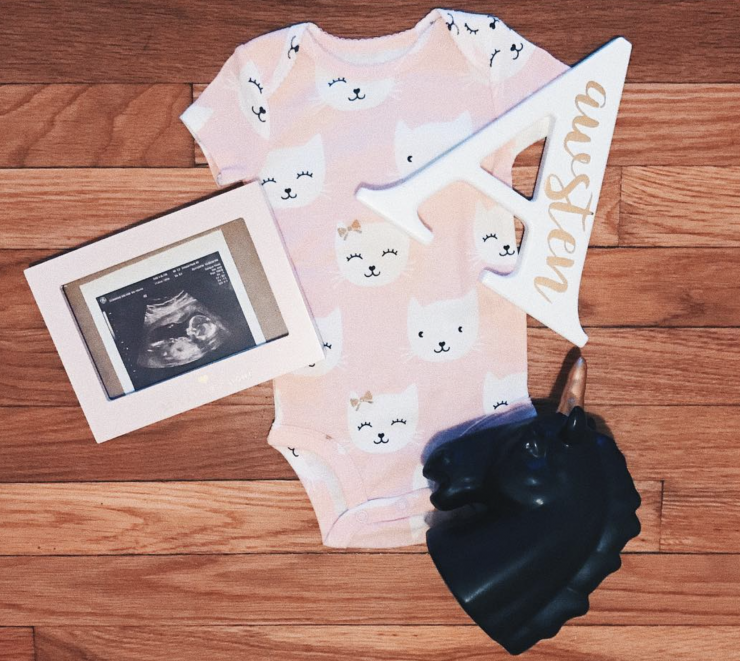 “They ended up scheduling me for a repeat scan a few weeks later,” she told us. “The next day, my phone lit up with my midwife’s number, and I knew she was calling with the results.”

The midwife’s voice broke as she quietly asked, “How soon can you get here?”

Ceasarae’s maternal instinct was right, and she was told that it looked like her daughter had hydrocephalus (a build-up of fluid in the brain). A two-hour-long, more intensive ultrasound revealed that wasn’t the case, but that the baby had larger ventricles than normal. Doctors performed genetic testing and amniocentesis, but they weren’t any closer to an answer. All they knew was that something was wrong.

Awsten “Awty” Galvan, the first girl in a long line of boys, was born in 2018 in the middle of a North Dakota blizzard. 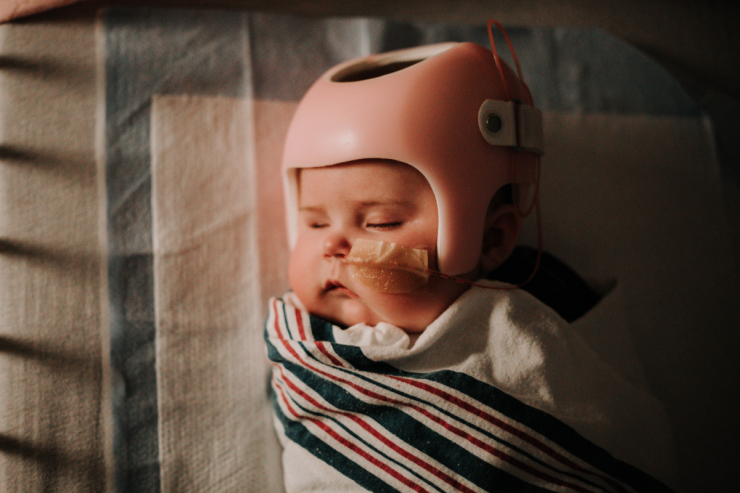 “When she was born, the room was packed with doctors and specialists, “ Ceasarae told us. “But once she came out, it felt like all of the chaos came to a halt. They said, ‘Your baby’s brain is deformed, but we don’t know what to do about it. You can take her home.’”

A few days later, Awty was back in the hospital with severe pneumonia and remained there for two weeks. After that admission, the family traveled back to the larger specialty hospital four hours away where they met with the only pediatric neurologist in the entire state. The staff woke him up - “How soon can you get here?” -  and he drove straight to the ER to treat her. 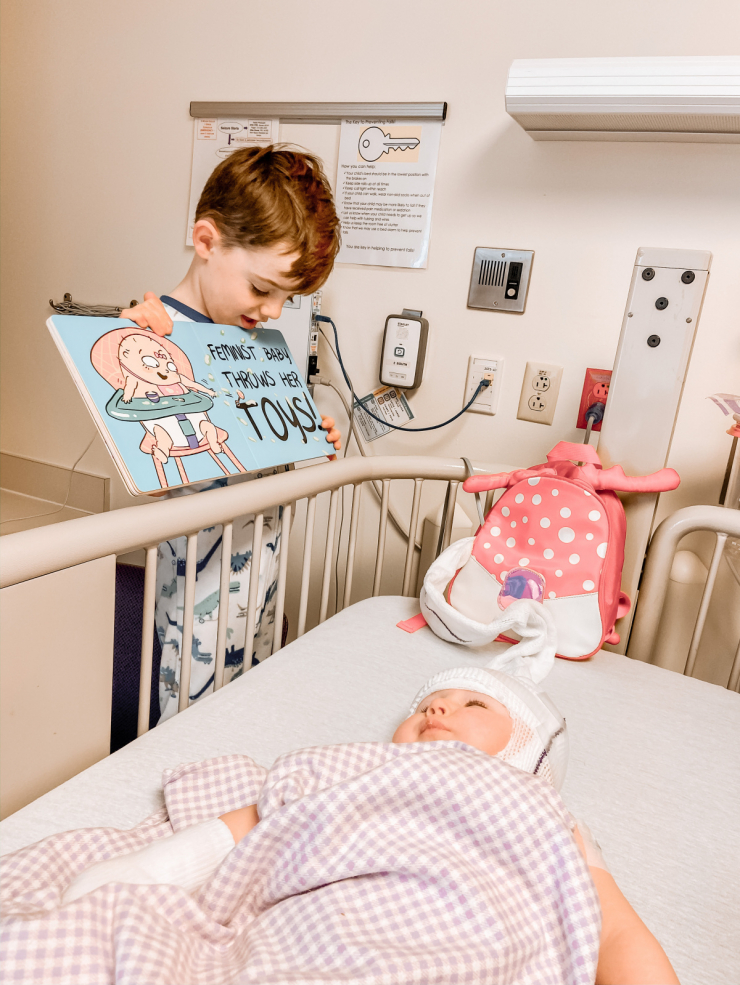 “He told us a few things that were for certain,” said Ceasarae. “Awty had Aicardi Syndrome and she was missing a part of her brain. He then prepared us for possibilities like seizures, brain damage - and even death. We were sent home to monitor her and keep him updated.”

Aicardi Syndrome is a disorder that occurs almost exclusively in females, leading to lifelong difficulties.

At six weeks old, they did what they hoped they would never have to do, driving four hours in the middle of the night back to the specialty hospital. Awty had started showing infantile spasms, an extremely dangerous form of seizure. 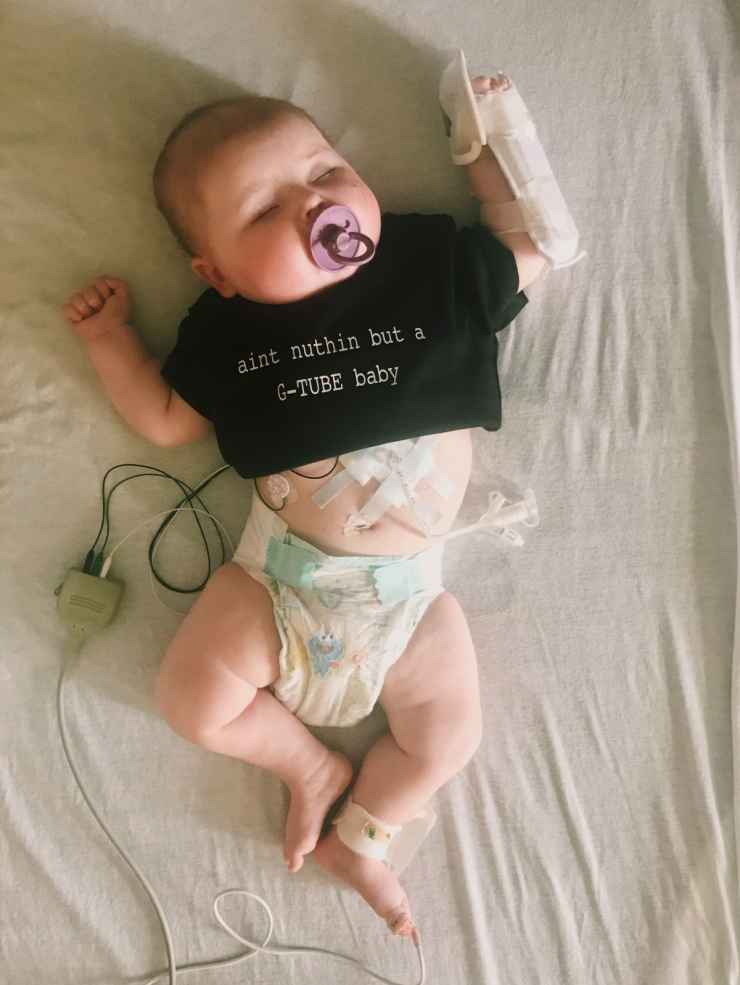 Over the course of 16 hours, the EEG caught over seven seizures. This is where Awty’s treatment really began.

Her dad Austin serves in the United States Air Force, and, thankfully, they recognized the severity of Awty’s condition pretty quickly, agreeing to transfer the family across the country to St. Louis so she could receive better treatment while he continued his enlistment. 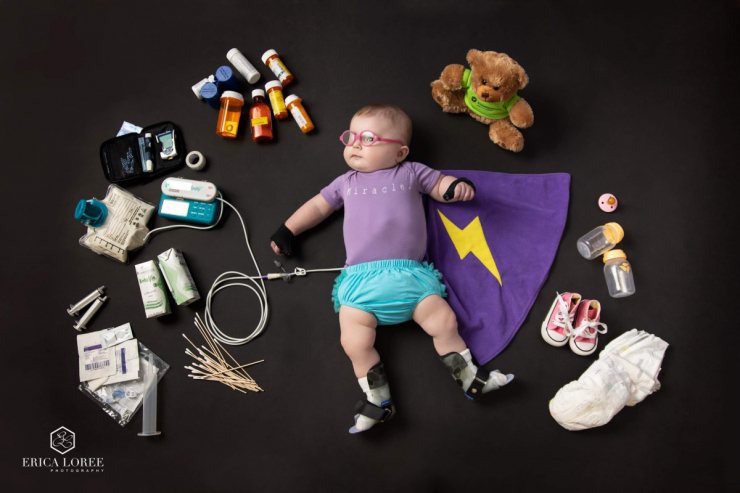 In the nearly four years since, Awty’s life has changed dramatically. At the peak of her symptoms, she was having 50 seizures a day and spent her time in a strange in-between state where she was unresponsive and inactive due to the stress on her brain. She was constantly fighting pneumonia and was on more medications than the family could keep track of.

Now, though, Awty uses a feeding tube, is on a ketogenic diet for her seizures, takes three anti-epileptic medications, and has an implanted device connected to her vagus nerve to help interrupt seizure activity. 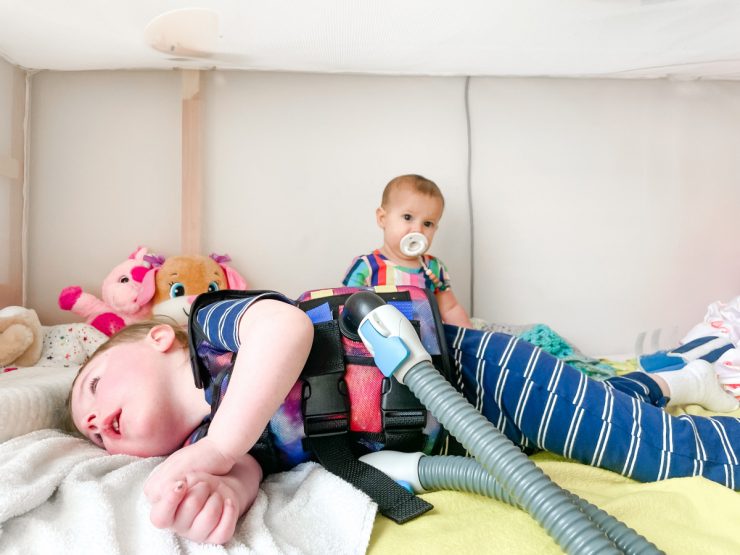 “With all of that, she’s at a good point of only 3-5 seizures a day, and she’s able to be awake, happy, and interactive,” Ceasarae said. 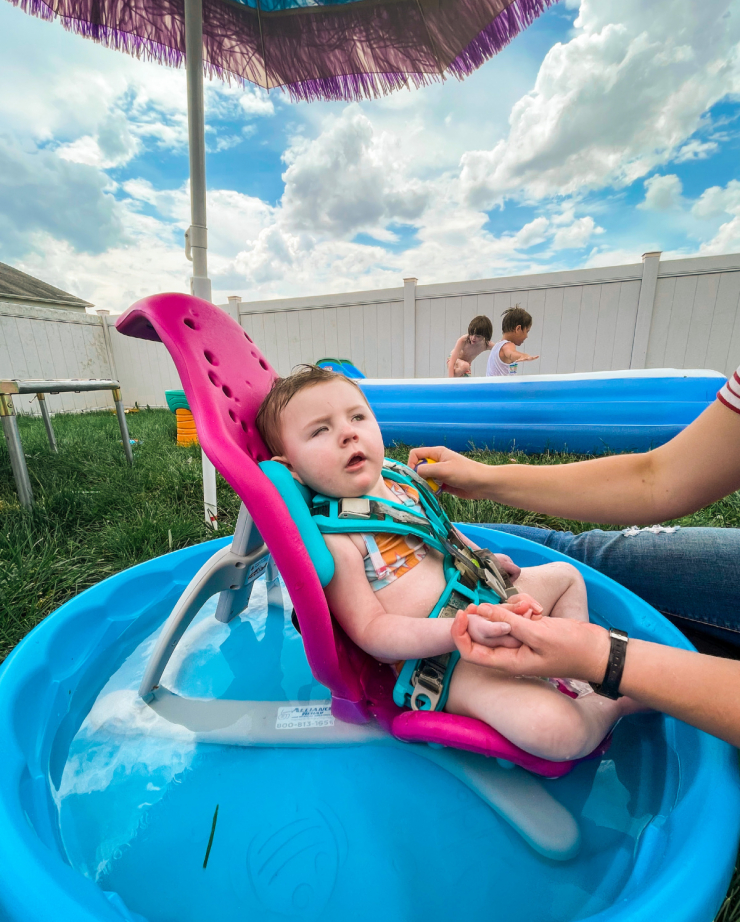 She’s pretty miraculous. Awty is extremely social and loves going to school with her nurse. Her favorite things are getting all the attention in the room and doing activities like swinging or taking walks outside. 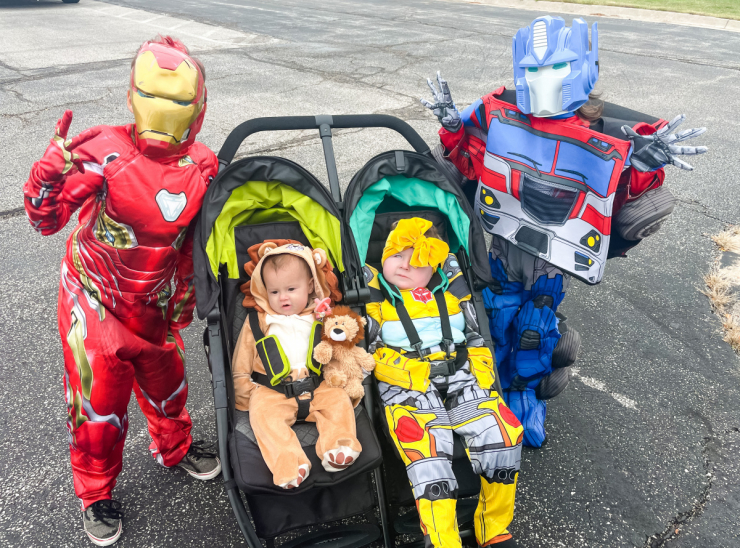 It’s a good thing she loves school, because getting her there isn’t easy. For one thing, the nursing shortage has caused a problem, and Awty isn’t allowed to attend unless a nurse is with her. So if someone isn’t available that day, Awty has to stay home.

Then comes the transportation issue. Ceasarae and Austin have two 7-year-olds, a 3-year-old, and a 1-year-old, one of whom requires full-time use of a wheelchair. It’s hard, but doable - until Austin has to deploy. 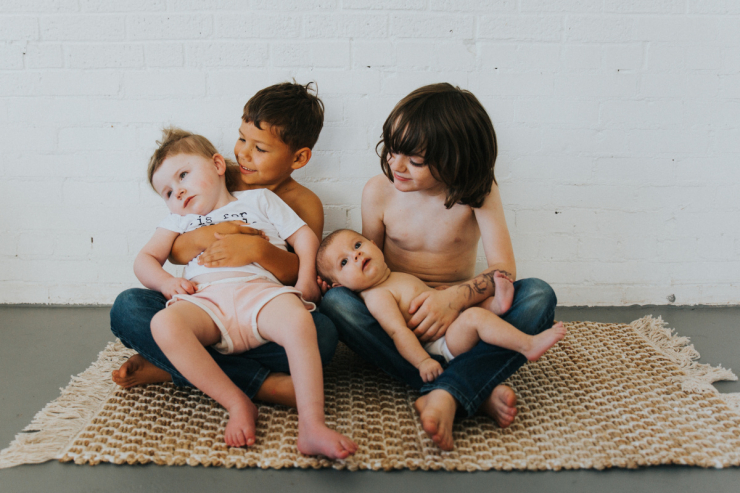 Right now, he’s away from the family until the fall (he left in January) and Ceasarae is managing all four kids by herself. Awty is due to get a new wheelchair in the next couple weeks, so there’s no better time to upgrade their vehicle to accommodate it. 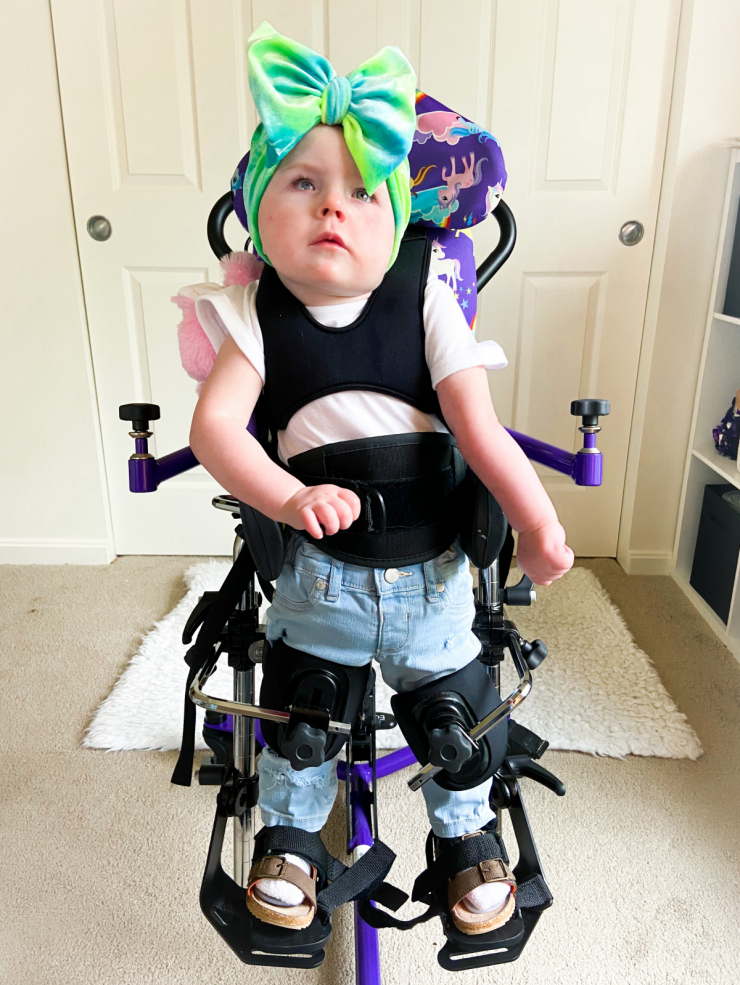 A few months back, Ceasarae posted on TikTok and one of her followers commented about Chive Charities and the work we do with rare medical families like hers, including providing the one major thing many of them need that insurance won’t provide, and many families can’t afford - an ADA van.

She applied, and then waited, all the while asking herself, “Will they be able to help us? And if so, how soon can it get here?”

Thanks to donors like you, it’s on its way now.

Chive Charities was able to fund the purchase of a 2020 Ford Transit Passenger van from our partners at AMS Vans for a total impact of $63,466. 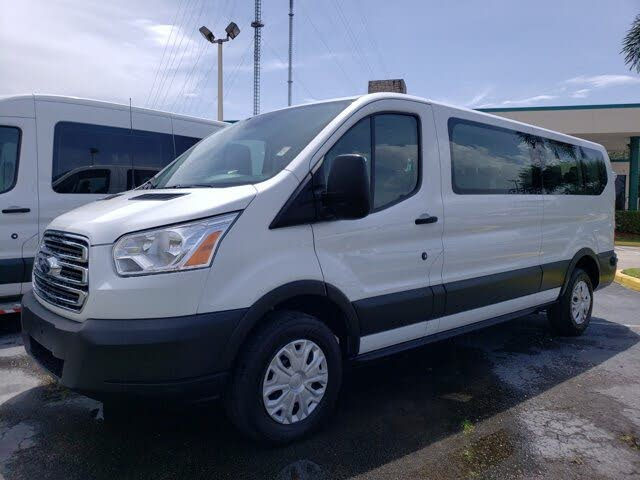 “This van is going to change Awty’s life,” Ceasarae told us. “She really only goes to school and appointments because getting her in and out of the car is so difficult. It opens up so many more possibilities for us - and for her.” 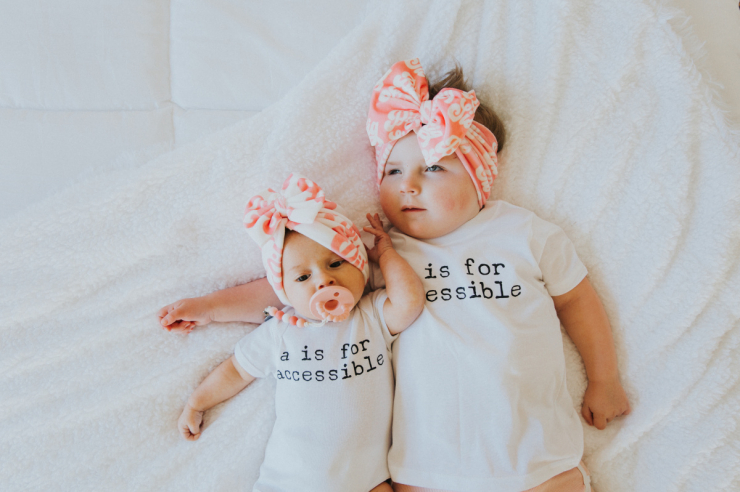 This family has spent the last few years just trying to keep their heads above water, while caring for a child with complex medical needs and with a husband proudly serving his country with the Air Force. It’s been one urgent need after another, rushing to appointments and life-saving treatment, and to care for this miraculous daughter of theirs.

They’ve earned the right to slow down and let someone else take over. So when we turned to our donors and said, “How soon can you get there?,” you responded with, “We’re already on our way.” 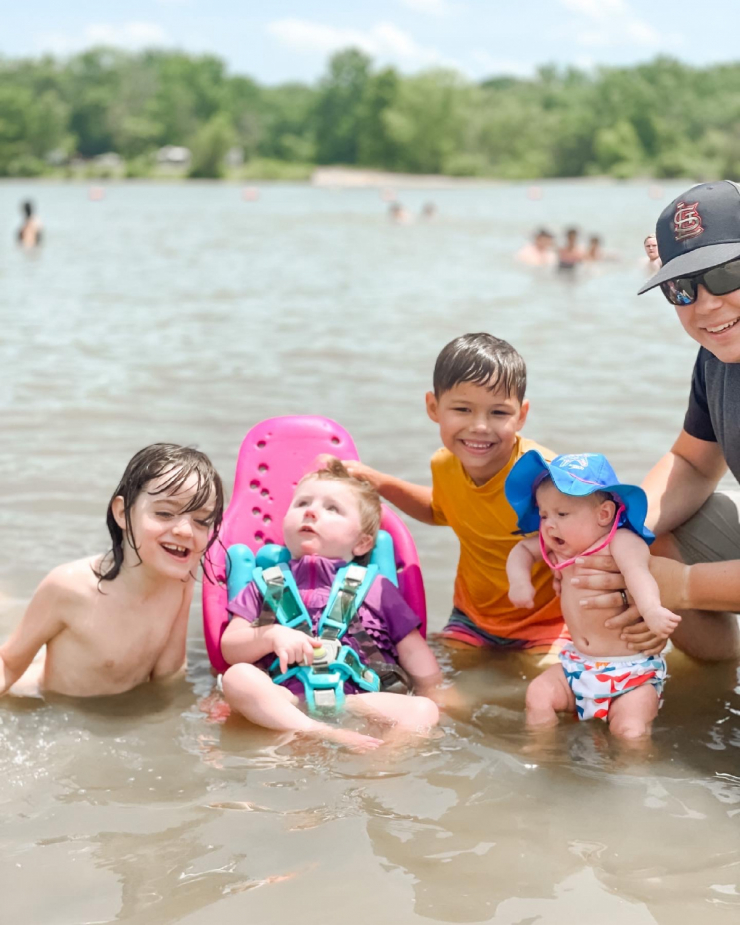 For the Galvan family, of course - and for all the rare medical, veteran, military family, and first responder recipients we serve.