Many of us have the answers to our questions at our fingertips, just a few quick movements of our thumbs and a Google search away. If we’re sick, we google it. If we have a new ache, pain, or cramp, we google it.

When the symptoms are bad enough, we sit in front of nurses or doctors who say, definitively, this is what you have and this is how we treat it. Even in the midst of the uncertainty, we breathe a sigh of relief.

Someone has seen this before. They know what to do. I’m not the only one.

Now imagine you’re sitting in front of the preeminent doctors and specialists in their field with a list of worrisome symptoms, challenges, and concerns – many of which are life-threatening – and they’re quietly shaking their heads and holding a chart with trembling hands. “We don’t know what this is,” they say. “We don’t know how to treat it. We’ve never seen this before.”

Google can’t help you. Maybe the doctors can’t either. What are you supposed to do?

When Thomas was born, his parents knew pretty quickly that their lives had just changed forever – for all the reasons a new parent might imagine, and for others they never expected. 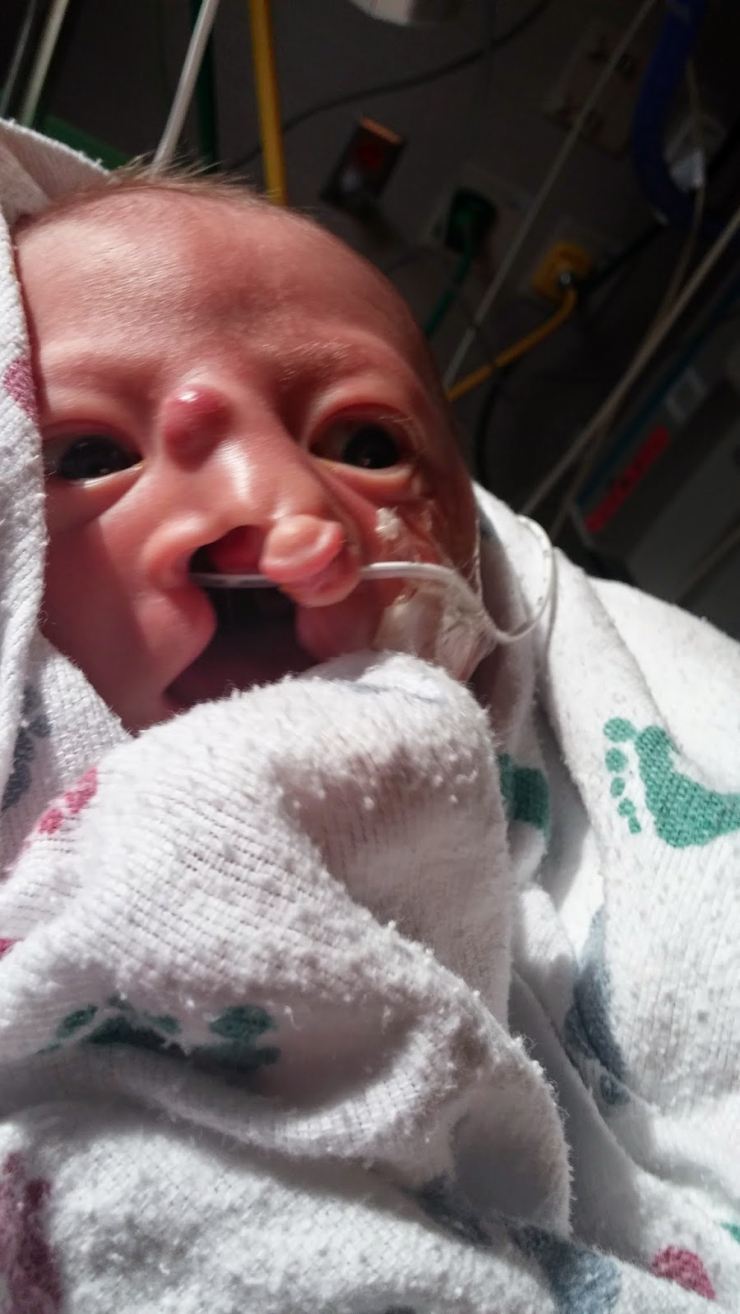 “Tommy was born with Holoprosencephaly and owing to that, he was born with a cleft lip and palate and deformities of his hands, feet, and ears,” said Tommy’s dad, Michael. “When the doc hands you your son and tells you there are problems before letting you hold your firstborn child, your whole world stops and shrinks to about the size of a half-filled balloon.

“(My wife) Traci and I each hurled questions at our doctor, ‘What problems, what do you mean, what, why, how?’

“Tommy's face was the first one I had ever seen with an open cleft. Kid looked like he had lost a fight with Wolverine. After my eyes adjusted to the reality of his face, I saw how beautiful he was. Tommy and I soon took to walking the halls of the family birth center while the doctor and nurses tended to Traci's follow-up checks. Mostly because I had to get out of that room.

“Traci and I talked about it once; it's like Tommy died in that room. He didn't, but the real Tommy wasn't our idealized Tommy either. In fact when the nurses asked us for his name I couldn't say it. I just kept thinking this isn't my Tommy.’” 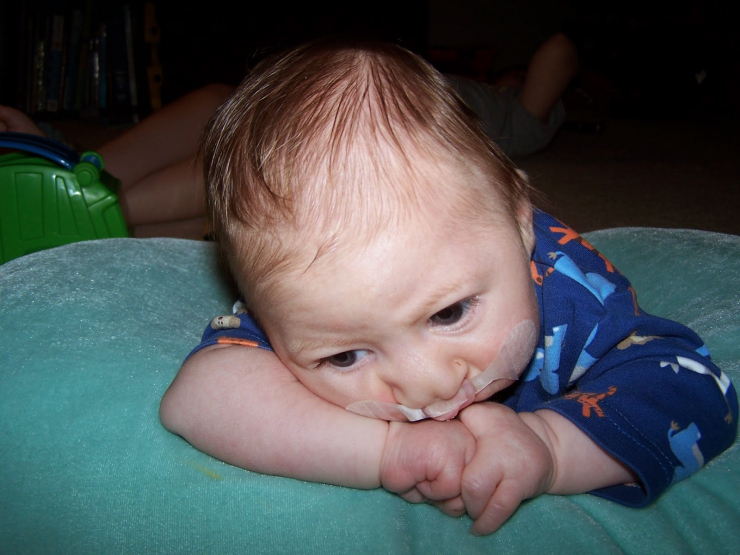 The family endured a lengthy NICU stay and visits from numerous doctors and specialists as they tried to understand what Tommy would need and how to best care for him. It felt like one thing after another.

By 18 months old, Tommy had already endured 8-9 surgeries. Then came an MRI on a late Friday afternoon. 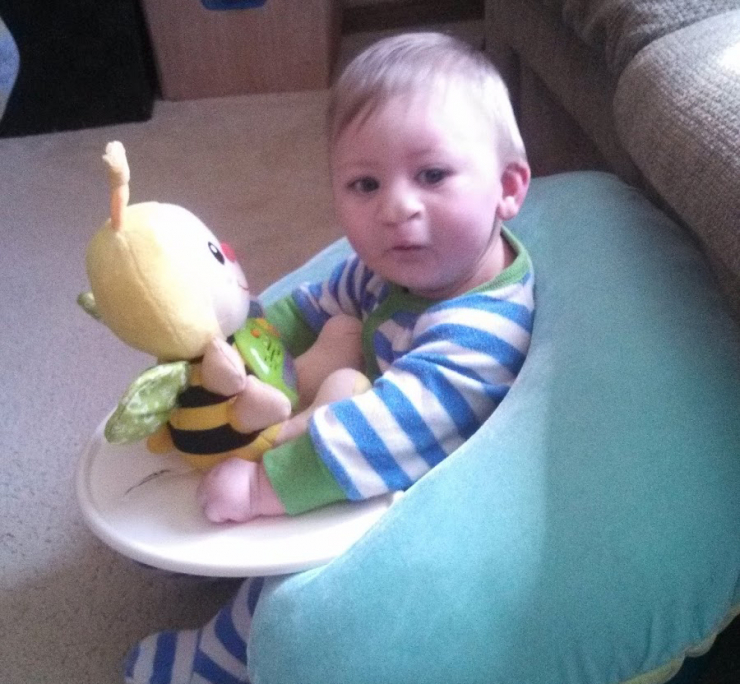 “It was Friday at 5pm,” Michael said. “These things always happen on Fridays at 5. The doctor called us and made an appointment to talk about the results of the test. He gave us the name, Hartsfield Syndrome, and then faced a firing squad of questions. ‘Why did everyone miss it?’ ‘Why did it take so long to diagnose him?’ ‘What does this all mean for him?’” 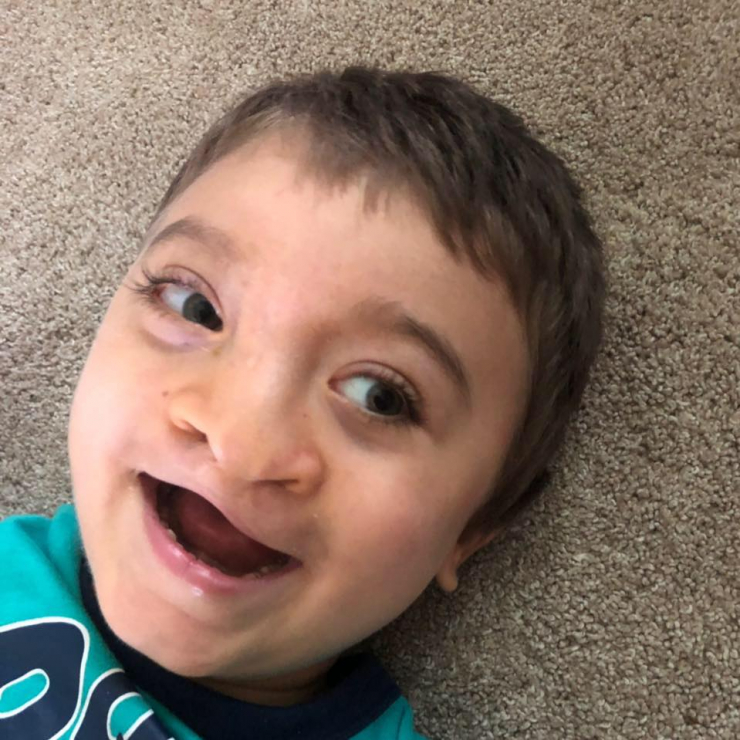 Hartsfield Syndrome is an ultra-rare genetic disorder that typically presents with physical deformities to the hands, feet, and ears, along with cleft lip and palate. Essentially, everything that’s supposed to be symmetrical in the body is not. 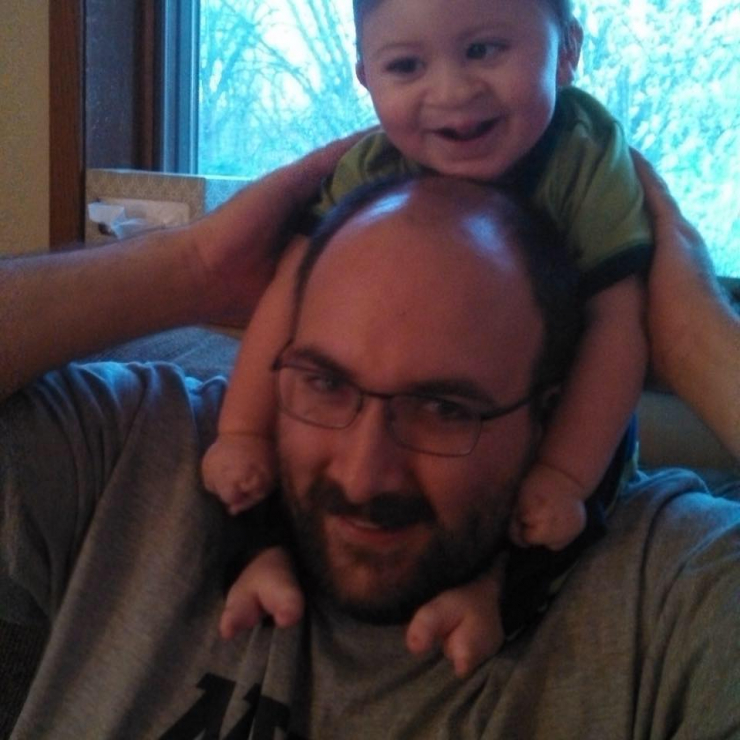 Currently, there are approximately 35 known cases in the world, usually caused by a fluke mutation in the FGFR1 gene. After Tommy’s birth and eventual diagnosis, Michael had three other sons, Matt, Jake, and Collin, and two more of them - Jake and Collin - were also diagnosed with Hartsfield Syndrome. Three of 35 cases, all in one family. It was the first time in medical history that a family had a recurrent case.

Today, if Michael were to perform a Google search for Hartsfield Syndrome, he would see one of his son’s MRI test results in the images, labeled only as patient #13. That’s what it means to be the rarest of rare. Michael referred to it as being anonymously famous. 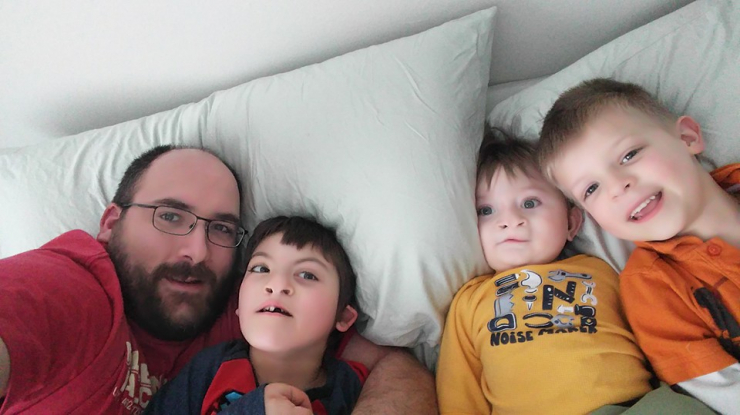 They haven’t seen this before. They don’t know what to do. You are the only one.

The stress of properly raising a child with special needs weighs heavily on a parent, no matter what stage of grief the parent might be experiencing. Furthermore, the care of children with such extreme needs is difficult on a marriage. Then, in 2015, the unthinkable happened.

Jake was battling a severe case of RSV, which he wasn’t able to overcome. It was an unexplainably tragic time for the family. Michael shared how difficult it was to tell Tommy and Matt about their brother’s death; particularly Tommy. He also had Jake’s footprint tattooed onto his chest. 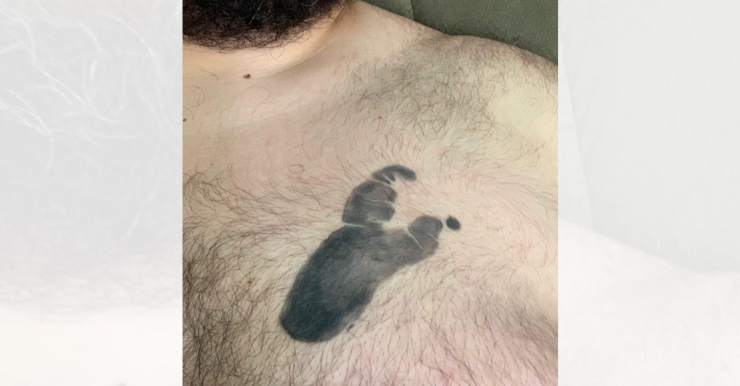 “Explaining to Matt and Tommy that morning that Jacob was gone was awful...I still haven't entirely forgiven myself for talking to Matt and, while not ignoring Tommy, not doing a great job of including him, trying to help him understand.”

The loss of a child only compounded the stress Michael and Traci had been experiencing, and the two divorced in the summer of 2016.

About a year later, Michael met Julianne, an incredible mother who was raising two kids of her own, a daughter named Lily and a son named Owen. She had empathy for Michael and the challenges he had faced as Owen had been diagnosed with a rare disease, too – a metabolic disorder called SCAD that prevents his body from converting certain fats into energy. 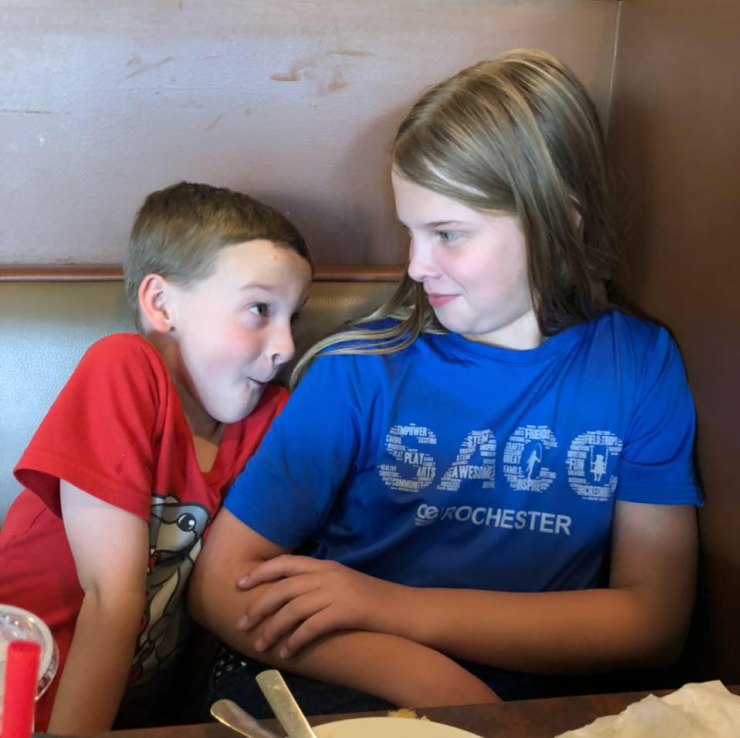 “I knew what dating Michael meant,” Julianne told us. “I had already dealt with hospital visits and paying careful attention to the needs of a child. I think this might be why Michael’s boys’ needs didn’t overwhelm me. I jumped right in with feedings, diaper changes, hospital stays, and appointments. We married in 2020. 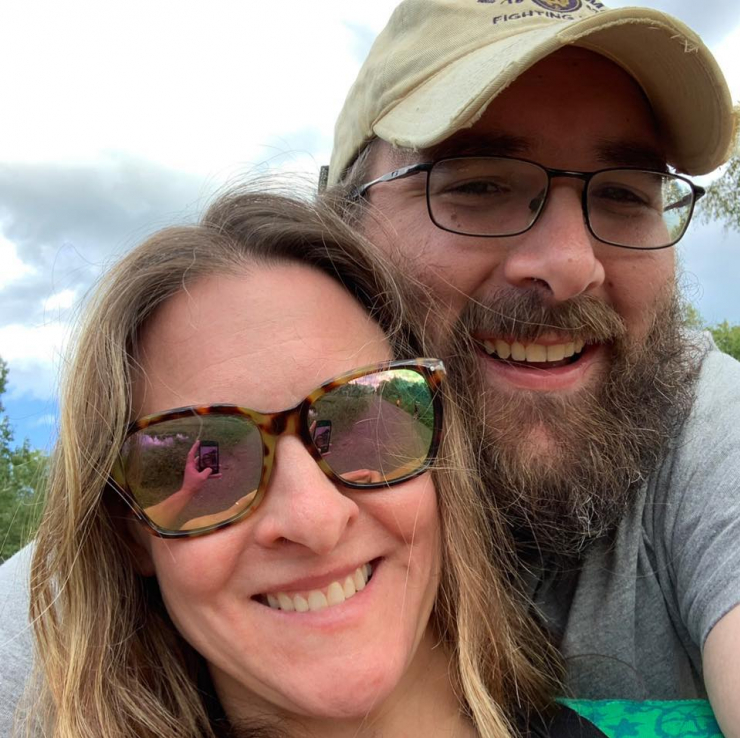 “Together, we are creating a family of children, some with special needs, some just ‘regular’ children but all with their own particular needs, wants, and goals.”

This family has taken on a lot and continually pushed through to get back to the other side. The full weight of it is difficult for most of us to grasp. 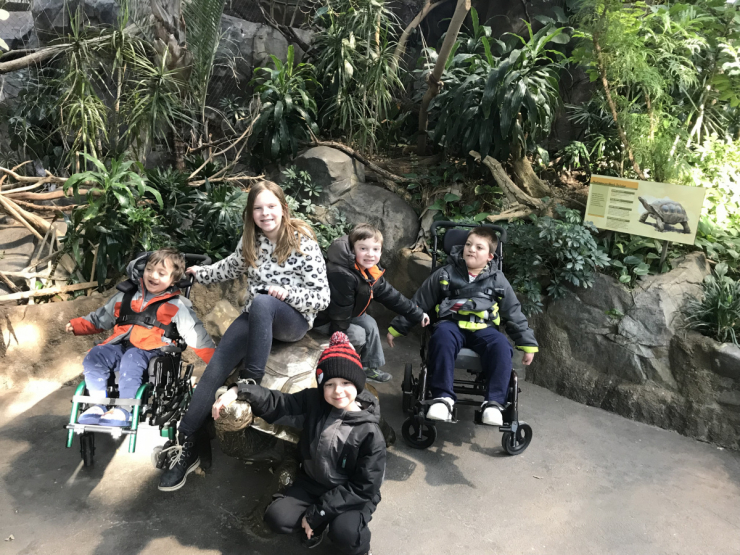 Tommy and Collin will never be without assistance for any of their body’s basic needs. Diapers, wheelchairs, Hoyer lifts, and braces will continue to grow with them as they continue to thrive, despite their complicated medical needs. 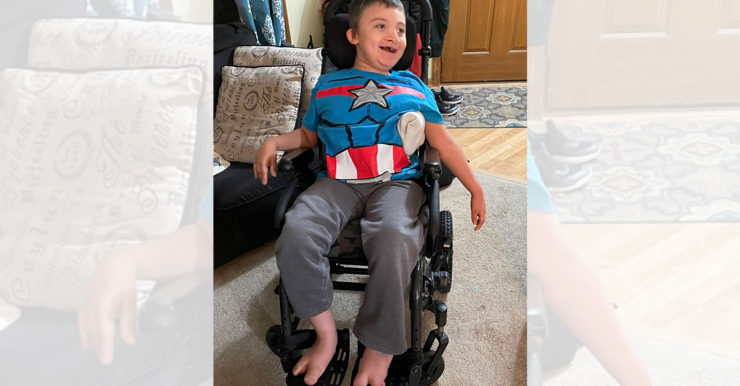 Owen has been in the hospital multiple times due to illness from his metabolic condition. He presents his own unique set of challenges in addition to his stepbrothers. Matt is intelligent, loyal, logical, and has dealt with more than most adults do in a lifetime. The lone sister, Lily is sassy, smarter than she knows, independent, and wants to see the world. 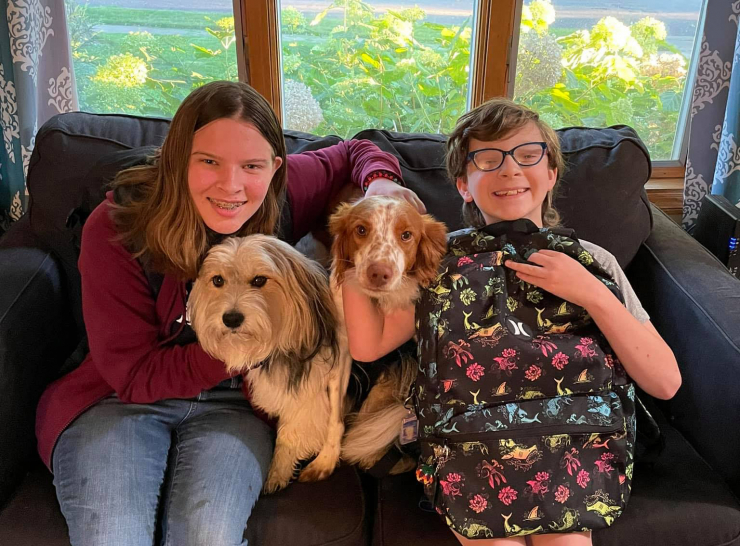 They’re a one-of-a-kind family, fiercely supportive and loving with strength that defies logic. And while they’ve shouldered more than any of us can imagine, even the strongest families need some extra help sometimes.

Julianne’s colleague also had a child with a rare medical condition who had applied to Chive Charities for help and received an ADA van. When Julianne made her way to our website, she was hoping their family had found the people that might be able to support them, too. 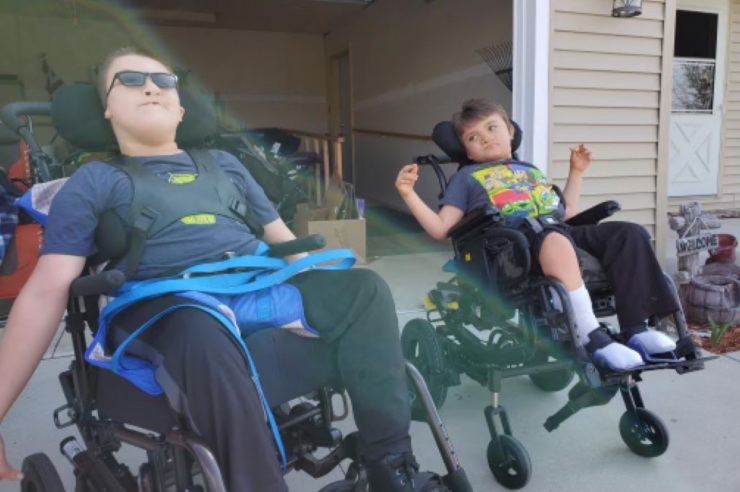 “As all of our children grow, the need for a spacious accessible vehicle becomes more acute,” she said. “We realistically cannot lift Tom into his car seat anymore. In addition, we have three more basically teenage children and two adults. Add our two dogs, suitcases, and all the supplies, and we need a lot of space.

“We have looked at multiple vans, layouts, conversions, options, etc. We have even looked at shuttle-type vehicles. We are not able to afford that much vehicle without winning the lottery!” 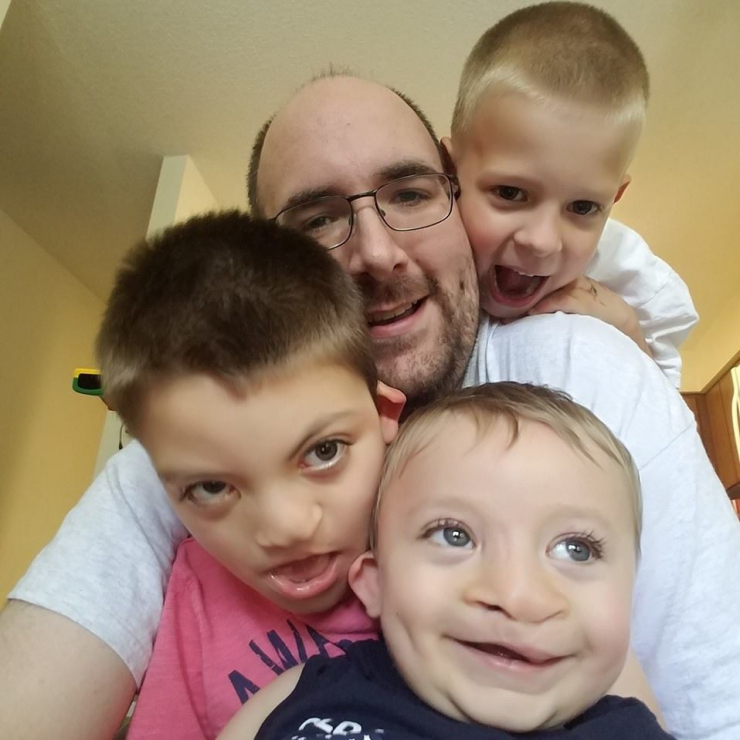 Thankfully, they didn’t have to wait for an unlikely lottery win. They hit the jackpot with Chive Charities and our incredible donor community instead.

With the support of our dedicated family of donors, we were able to fund a 2015 Ram Promaster Window van for a total impact of $61,834. Not only is it big enough to fit the whole family, but it also has plenty of space for all of their equipment and supplies. 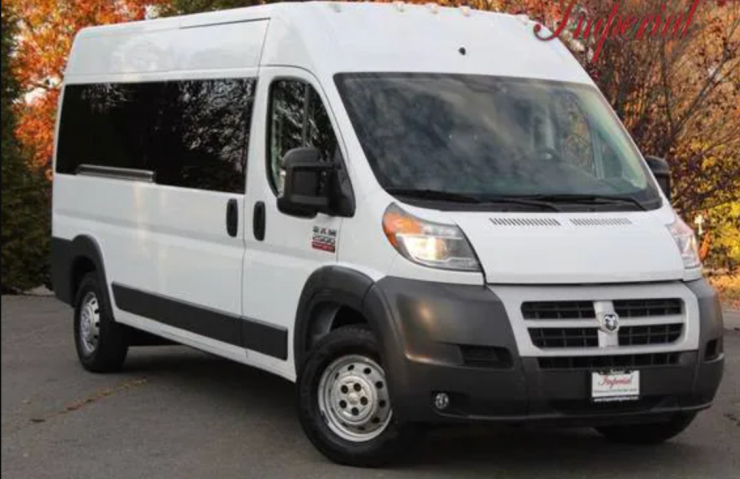 When we asked Michael and Julianne what this van would mean to them, their response blew us away.

“Tom and Collin should see more than our town, the zoo, and hospitals. We want to give our family a life beyond sitting at home. We live in a state with so much natural beauty and places to visit, and it feels like we have to spend our time with the boys stuck at home. Our family deserves to make memories together.” 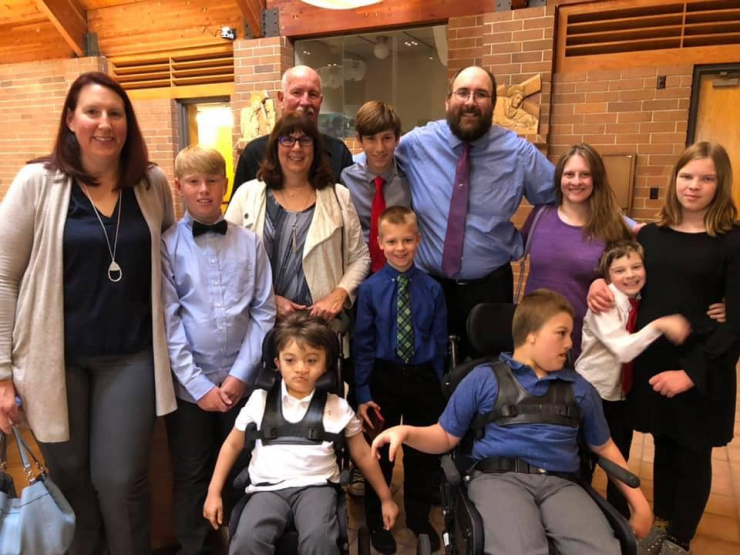 For the families of the ultra-rare, the lack of resources and uncertainty can be daunting. Google can’t help you. Maybe the doctors can’t either. What are you supposed to do? 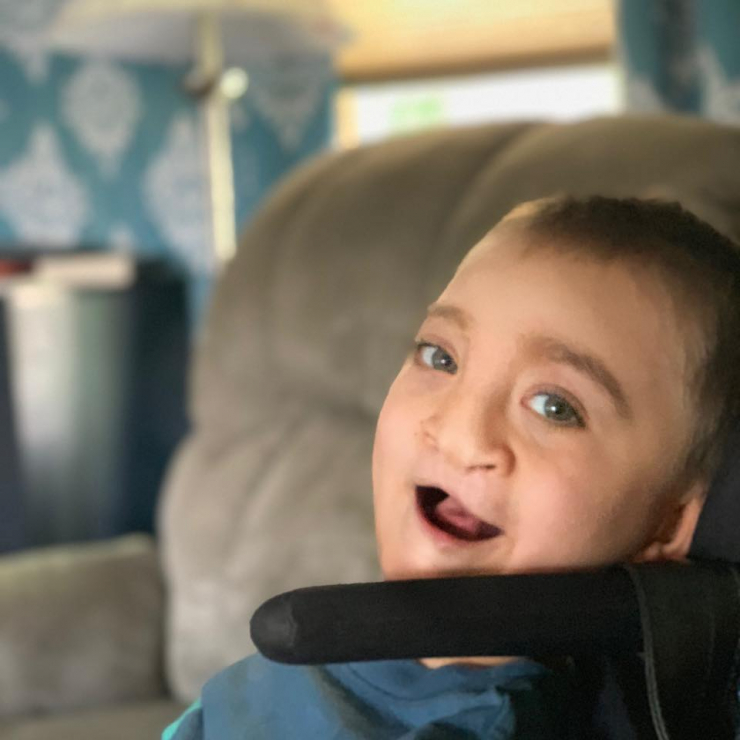 For those that find their way to Chive Charities - more than 353 rare medical diagnosees and counting - we can say, “No, you’re not alone. Our community is with you.” That’s what it means to make the world 10% happier. That’s what it means to be a Chive Charities donor. When it comes to us, Google can help you. It can bring you to a group of supporters who will do whatever they can to help – anonymously famous in their own right.

Become part of the impact and DONATE HERE.