Who ya gonna call?

Last summer, my dad retired from a 41-year career in law enforcement: 10 years as an MP in the U.S. Army, six as a corrections officer and deputy at the county jail, and 25 years as a patrol officer with the city police department. 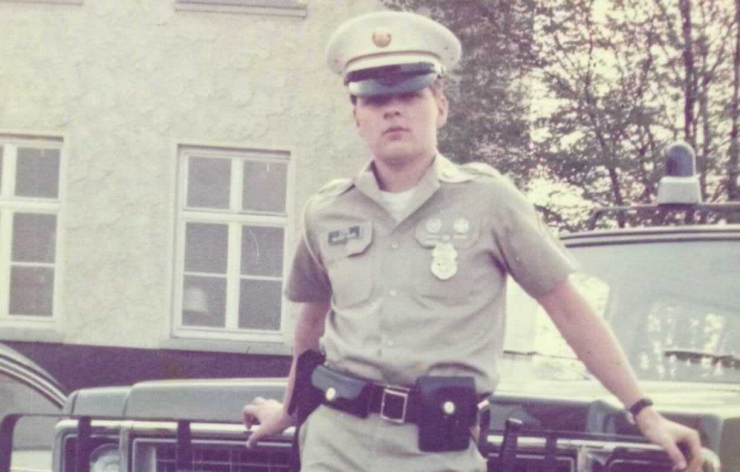 Throughout his work as a first responder, he saw the good, the bad, and the ugly, and as his family, we saw the service and sacrifice it takes to protect the community. Some of my earliest memories revolved around the implicit dangers of police work, and I grew up understanding that not all first responders make it home.

My dad’s best friend, Charles E. Attig, Jr., was killed in the line of duty on June 10, 1983, by a suspect who was seeking revenge for being issued a speeding ticket earlier in the night. He was just 25 years old and only beginning his career. It was completely senseless and heartbreaking, but my dad made sure we all knew and remembered him, and his mom Rosa has become a lifelong family friend. 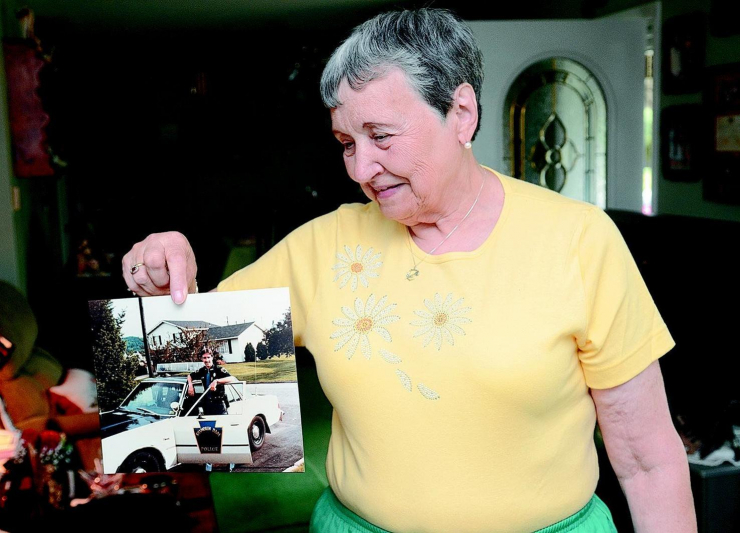 Later, that fear and anxiety came even closer to home when my dad was attacked and beaten by an inmate trying to escape from the county jail. While his injuries weren’t life-threatening, I can still remember seeing my dad in pain and helping him with his treatments at home. I wasn’t even 10 years old, yet. 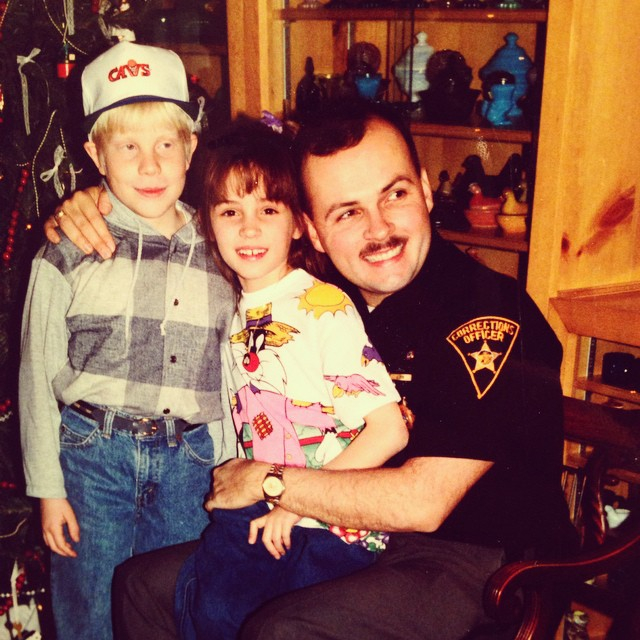 When it comes down to it, though, these memories and experiences are not atypical for a first responder family. Talk to anyone with a parent, sibling, or friend in law enforcement, fire, or EMS, and you’ll likely hear a thousand stories of close calls, tragic loss, or traumatic events.

What you might not hear as often are stories of how they overcome it. We want to think that first responders injured in the line of duty have full insurance coverage for medical costs or treatment. Unfortunately, that’s not always the case.

First responders live up to the name. When you call for help, they’re the first to answer. But when they need help, who do they call? 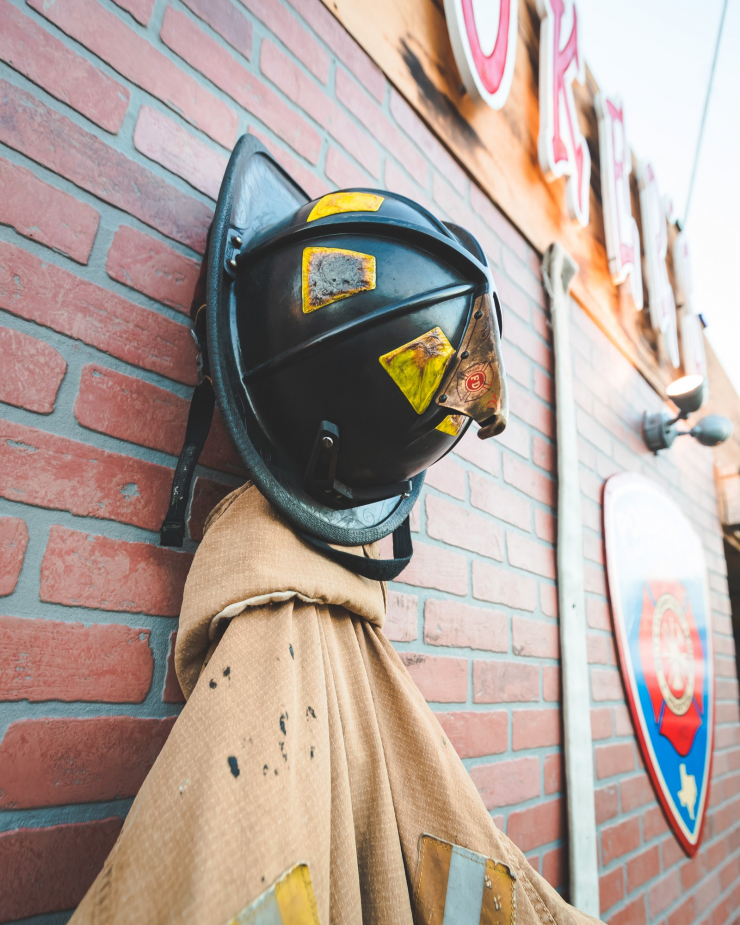 That’s where organizations like Chive Charities and other non-profits dedicated to serving them come into play. That’s where the Texas Association of First Responders shines.

14 years ago, there were few, if any, organizations in the U.S. committed to helping first responders injured in the line of duty. The Texas Association of First Responders (TAFR) was founded on that very idea, and this all-volunteer organization assists law enforcement officers, firefighters, and emergency medical personnel by raising funds to help cover unexpected costs from on-duty injuries. 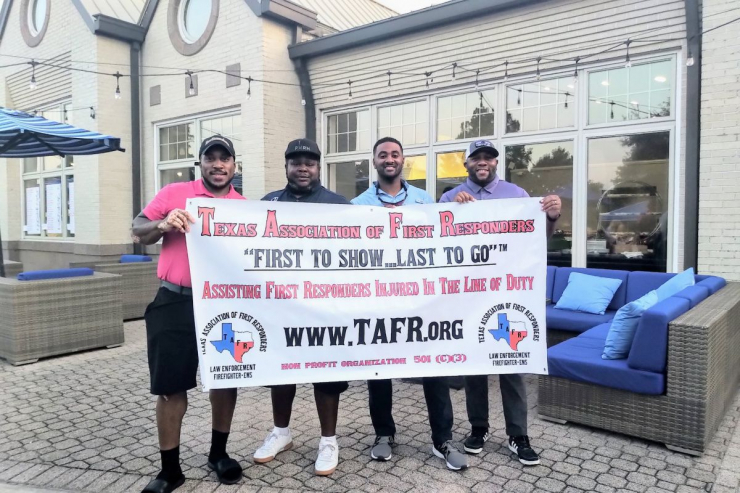 To date, they have directly impacted the lives of 108 first responders for a total of $374,000. The details of their recipient stories differ, but the outcomes are often the same - first responders looking at weeks, or even months, out of work.

Take Kenny Willingham, for example. Kenny was a full-time fireman for the Houston Fire Department and was working on a building fire a few years back. Kenny crawled through a small space to pull a homeless man from the burning building, but the elderly gentleman was startled and stabbed Kenny in the eye with a pocket knife. Kenny lost all sight in his left eye. 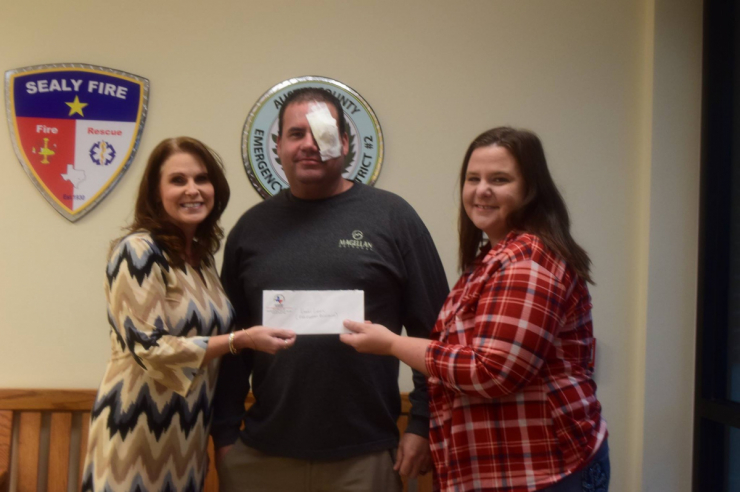 Fortunately, the Houston Fire Department paid for his prosthetic eye, but he still incurred numerous medical bills and lost wages. TAFR donated money to Kenny and his family to help get them through an emotionally difficult time.

Another first responder that received critical support from TAFR was also from Houston, but this time, he came from the police department. Last fall, a Houston Police Department helicopter crashed near Imperial Valley. Pilot Jason Knox was killed on impact, and Pilot Chase Cormier was critically injured. 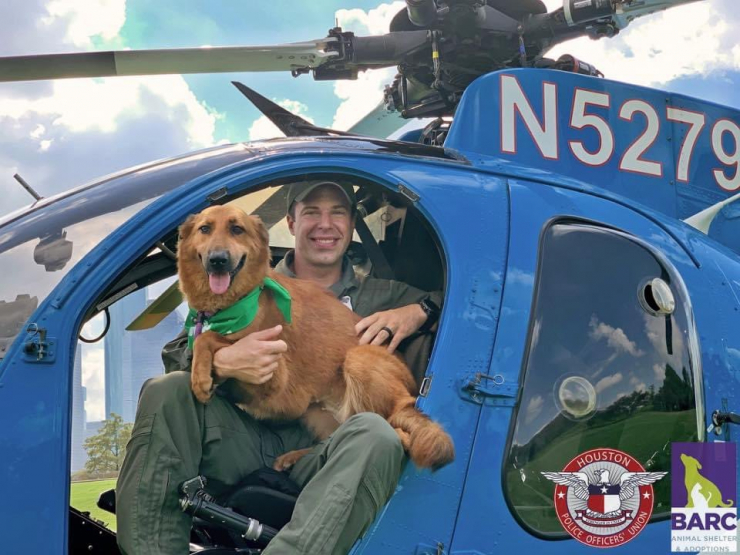 In December, the TAFR organization teamed up to raise funds for Chase’s ongoing therapy, and despite event restrictions, were able to raise more than $25,000 for him and his family. 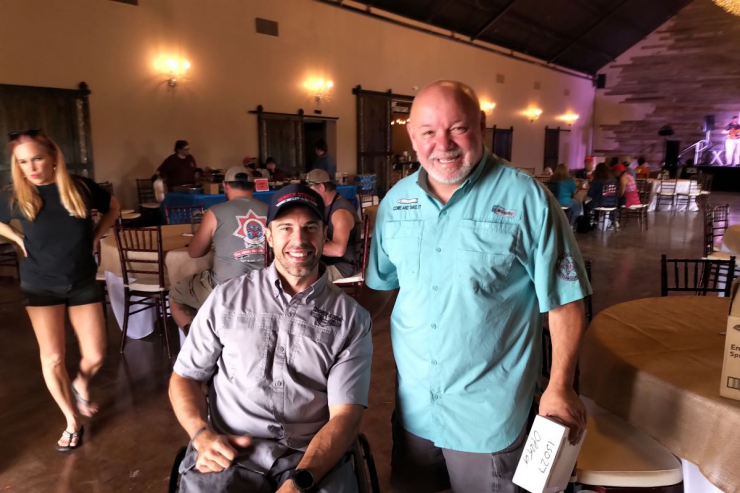 It’s remarkable work that benefits remarkable people. It’s no secret that first responders are incredibly selfless. They’re always the first to show and the last to go, while risking their lives and personal well-being in the process. Saying they’re comfortable asking for help of their own would be a gross overstatement.

But that’s why it’s so critical to give it to them when they do. Who ya gonna call? 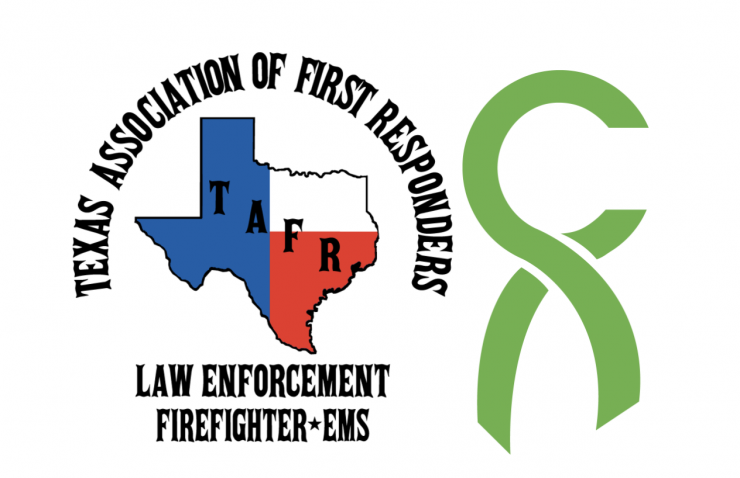 The TAFR has directly supported 108 first responders and counting. So when they asked Chive Charities for our help in impacting the lives of five more, we didn’t hesitate. Neither did our community of donors. With the help of monthly donations made to our Green Ribbon Fund, we were able to contribute $10,000 to benefit a group of incredible first responders, including:

Deputy Korean Davenport, shot in the abdomen at a downtown nightclub while responding to a disturbance

Deputy Troy Vaughn, shot in both legs and arms at a downtown nightclub while responding to a disturbance

Deputy Javier Rojas, shot in the calf at a downtown nightclub while responding to a disturbance

Deputy Brandon Barragan, shot in both hands and face (grazed) while trying to arrest a wanted felon

Deputy Armando Esqueda, fractured bones in his foot, hands, knee and shoulder when his motorcycle was struck and cut in half during a funeral escort 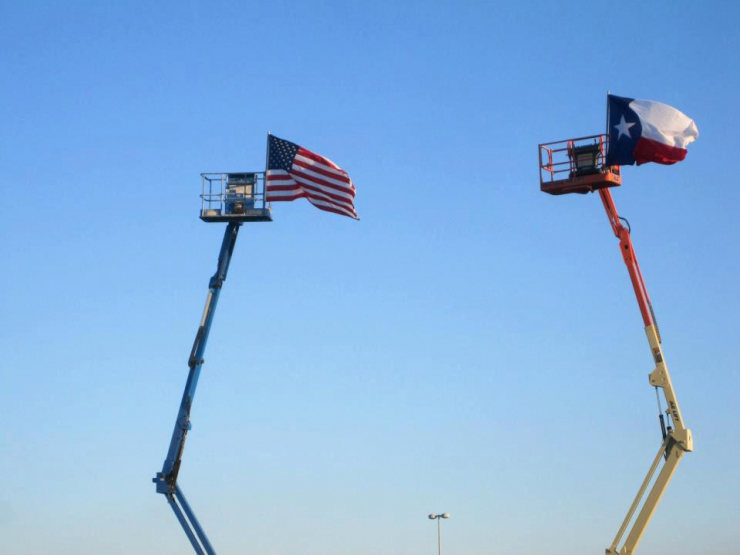 Five selfless first responders who risked it all and nearly lost it all, and five families whose lives were changed right along with them. And let me tell you, when it’s your parent, sibling, friend or loved one on the other end of the phone asking for help, all you want is someone to answer.

Thanks to organizations like TAFR, Chive Charities and the donors who support them, someone always will. Are you one of them? DONATE HERE.

Like our friends at the Texas Association of First Responders, Chive Charities is dedicated to serving those who serve, including veterans and first responders. If you or someone you know could benefit from one of our life-changing grants, please learn more and apply at chivecharities.org/recipient.