For children of incarcerated parents, mentors give them the support they need

Christina’s father was her hero. When she was 8 years old, he was arrested and sentenced to 15 years in jail. When the center of your world falls apart, there isn’t much left to hold onto.

Christina became withdrawn, depressed, and filled with anger. Unsurprisingly, she did not excel in school at this time. In 8th grade she was assigned a mentor, a woman named Ylise.

What Ylise and Margo had in common was that they were both volunteers for a program called Seedling Foundation's Mentor Program. The purpose of this program is to provide children of incarcerated parents a mentor in whom they can confide, and receive encouragement and support. The mentoring is research-driven, school-based, and is offered at 90 schools throughout Central Texas. 100% of children who are provided services by Seedling Foundation are from low-income families, and more than half are defined as ‘at-risk.’ Last year, 608 children’s lives were directly affected by mentors from this program.

When Ylise walked up to Christina on that very first day, during Christina’s lunch break, she looked every part a successful, powerful Latina woman. Instead of feeling threatened, Christina felt inspired: she could be that too. They broke the ice with some small talk. Then Christina started to open up. She knew she could be comfortable this person, she knew Ylise wanted nothing but to help Christina become the best version of herself. At the end of their first meeting, Ylise looked Christina in the eye and told her she was going to be there for her throughout high school. She told Christina she could depend on her. And she did not disappoint. She and Christina met once a week, without fail, for 4 1/2 years.

"Having someone show up for you is a huge, huge deal."

Once the applause following her introduction died down, Zaira took the stage. “Margo came into my life at a time when all I needed was a friend.” She paused to look out over the microphone to the crowd of people whose eyes were glued to her. “We met once a week during my lunch hour and that was enough to help me cope with the loneliness I had been accustomed to. It was enough for me to finally feel a sense of worth. After my visits with Margo something clicked. I knew I was different, and I had potential to do great things and if I mattered enough for someone so important to dedicate time out of their day to me, I needed to begin to value myself. The change in my mood and in my personality was drastic. Margo wanted to hear about my family, my interests, my life. She asked me about my day and how things were going. Having someone show up for you is a huge, huge deal.”

Here, Zaira directly addresses the 8th graders who have earned the scholarship to pursue an education through Seedling Foundation: “You are everything. You are what drives this room full of accomplished individuals. You are what sets the world on fire. Do not accept what you do not want from life. Instead, work to change it. Be the person that wakes up an hour earlier, to live an hour more. Because life is meant to be lived, it is meant to be felt, to be questioned. Nothing can stop you. This scholarship is a blessing. It is a promise to you that you can pursue your dreams. Whatever difficult situations you might encounter, or disadvantages that life may throw at you, if nothing else, always remember that someone cares enough about you and your future, that they went ahead and invested in you this early on. You matter that much.”

As the room collectively stood to applaud this marvelous young woman, this woman who was finishing her third year of college at UT, who had won scholarships, studied hard, fought her way out of bullying, monotony, a life she did not want to live, she found Margo’s eyes. Hers were filled with tears, just like Zaira’s. The two women shared a special moment amidst the standing ovation and the roaring applause. They had done it. Margo had given Zaira a gift that could never be measured or quantified: she had given her a vision, a purpose to work for a life Zaira had never even thought to wish for. And in return, Zaira had given Margo something equally as valuable: hope.

As a growing non-profit, Seedling is always searching for funding and partnerships with other non-profits. A trusted friend, who happened to be a Chiver, mentioned one day - “Chive Charities is always raising money for other organizations… they should just raise money for Seedling!” Just like that, Seedling Foundation applied. And just like that, Chive Charities came through with a $25,000 grant from the Chive Fund. To train a mentor and guide them through the program for one year, the cost is roughly $1,000. With the grant, Seedling Foundation will be able to help 25 at-risk children. 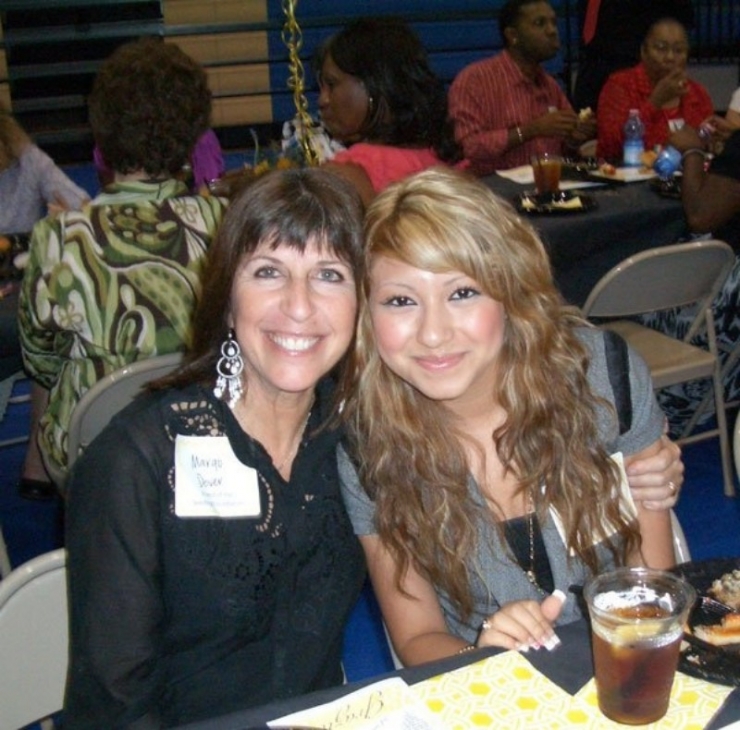 Here are Margo and Zaira. They have an incredible example of a mentor and mentee relationship. 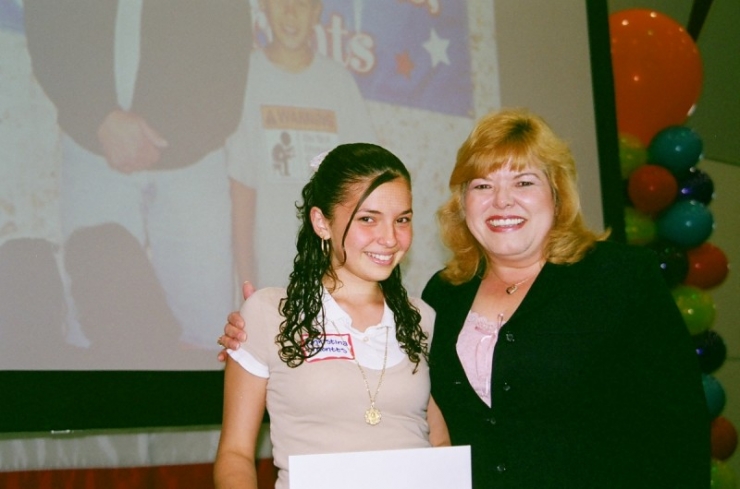 Christina (left) with her mentor Ylise. 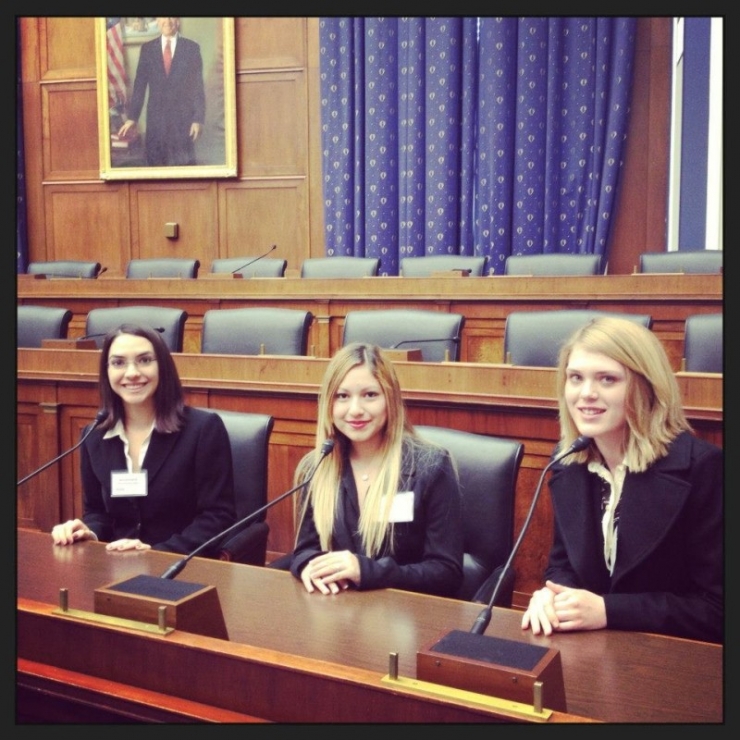 Zaira decided her passion is community outreach and focusing on educating our youth. She has worked in government to reform public education bills and was invited to present it to the Texas Education Committee. Zaira recently applied to a scholarship to attend a Women in Congress seminar and Margo wrote a reference letter. She got the scholarship! 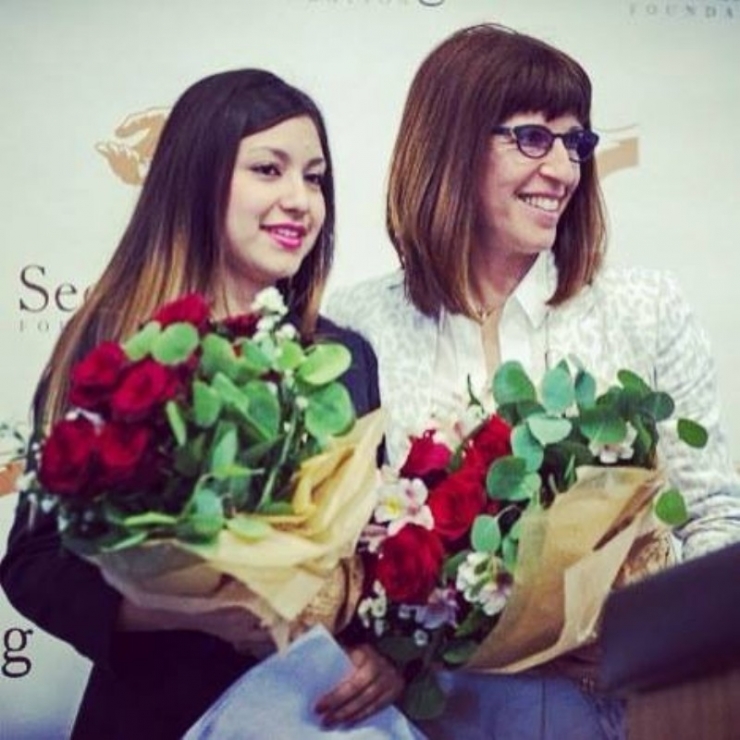 Zaira and Margo are recognized for their outstanding mentor-mentee relationship. 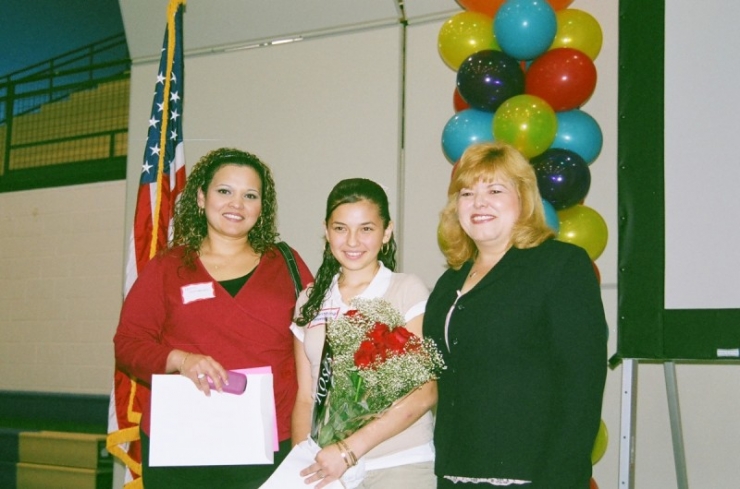 Here’s Christina with her mentor, Ylise, and her mother, Maria. With the guidance and support of these two women, by the end of high school Christina was enrolled in Advanced Placement classes, she was voted Vice President of the student council, section leader of the mariachi band, a cheerleader, and most importantly, the recipient of a generous scholarship to Sul Ross University. Christina has progressed through college, and is on the Dean’s List, of course.

She told us, “I routinely ask, ‘If people like Seedling Foundation mentors do not care, then who will?’” 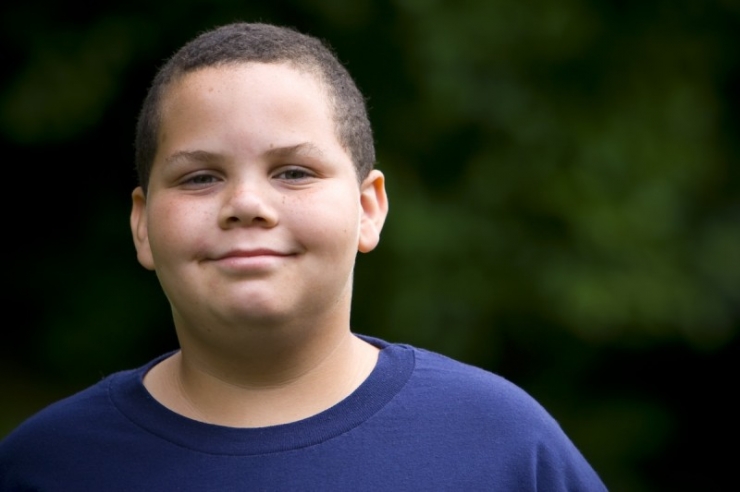 The only time Bryce sees his father is through a glass wall. Bryce loves to write, often penning short stories and reading them to his Seedling mentor. He plans on becoming the first person in his family to attend college, and hopes to become a lawyer. 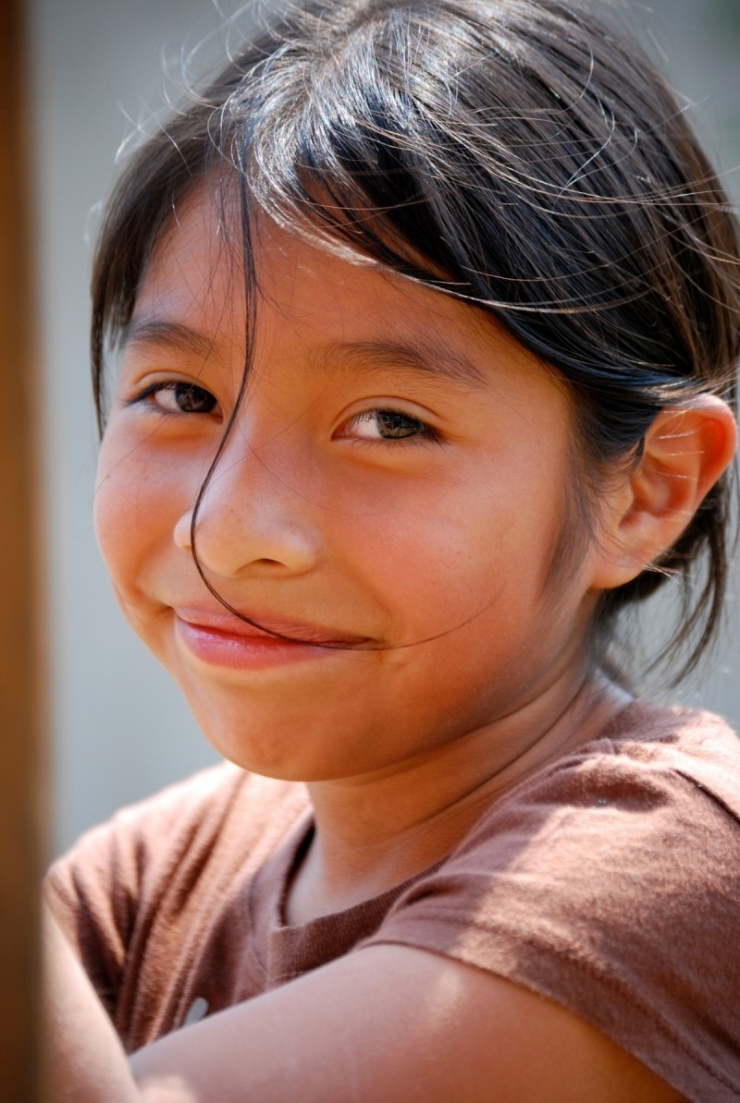 Alyssa has been to four schools in five years. She works hard, goes to tutoring, and seeks help in after school study hall. She loves reading and playing games. She told Santa all she wants for Christmas is for her mom to come home. And, she’s waiting for a Seedling mentor. 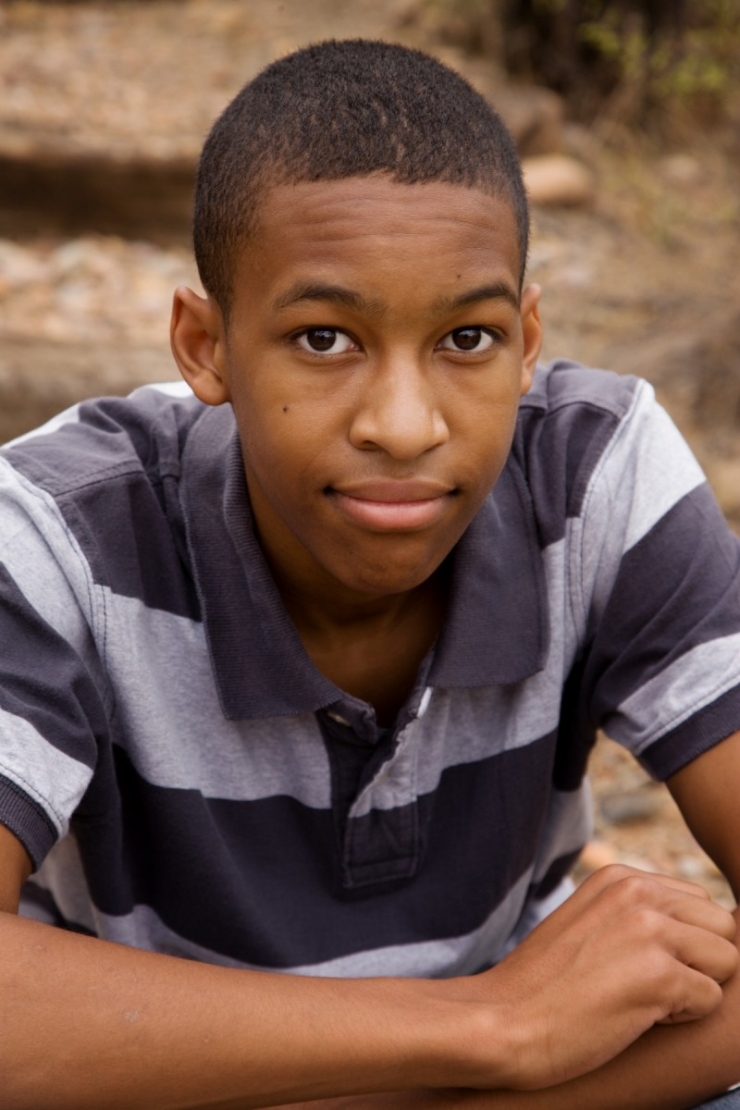 Jamal, 16, has a passion for architecture. Despite the uncertainty surrounding his family and his incarcerated father, Jamal always arrives at school each day with a smile on his face and a sense of humor that can hold a room. Above all else, he his brother and his mother are focused on eventually reuniting their family one day. He needs a Seedling mentor. 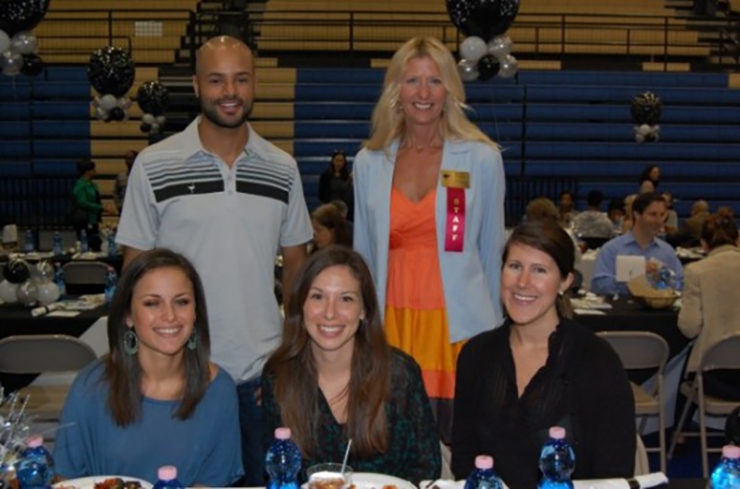 Here’s the Chive Charities team at a Seedling luncheon held recently! Jennifer Bengali, Development Director (in the blue jacket) was kind enough to host us. From left, Caitlin, the Copywriter who can’t keep her eyes open for a picture, Brian, the Executive Director, Angie, the Program Director, and Alex, the Caseworker. 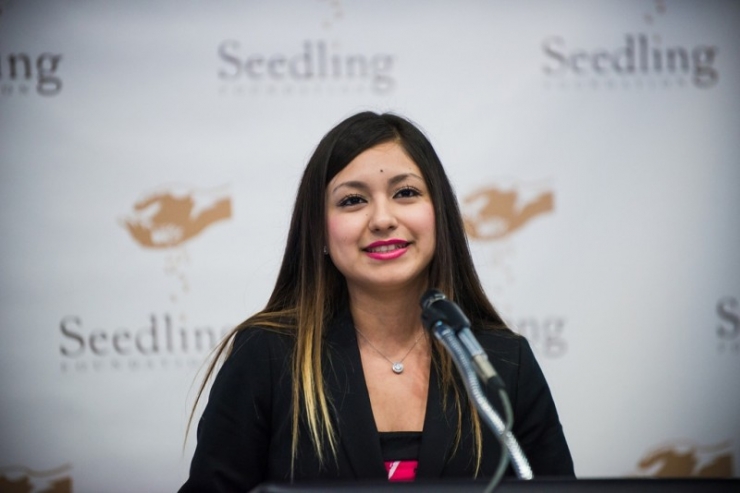 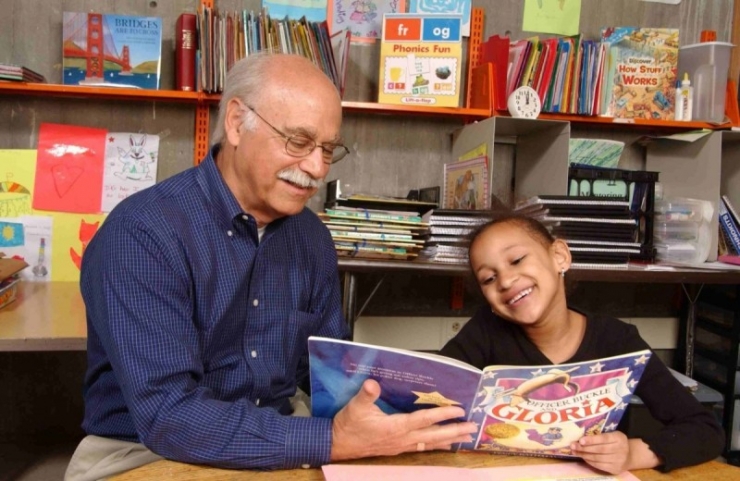 In Zaira's words, “I feel it is important to instill the value of education in our youth so that they grow up with the notion that no barrier is too great that they can’t overcome it. That is the vision my mentor gifted me, and it is that which you as mentors have the power to do. You provide vision.” With the $25,000 grant, the Seedling Foundation's vision just got a little bigger. 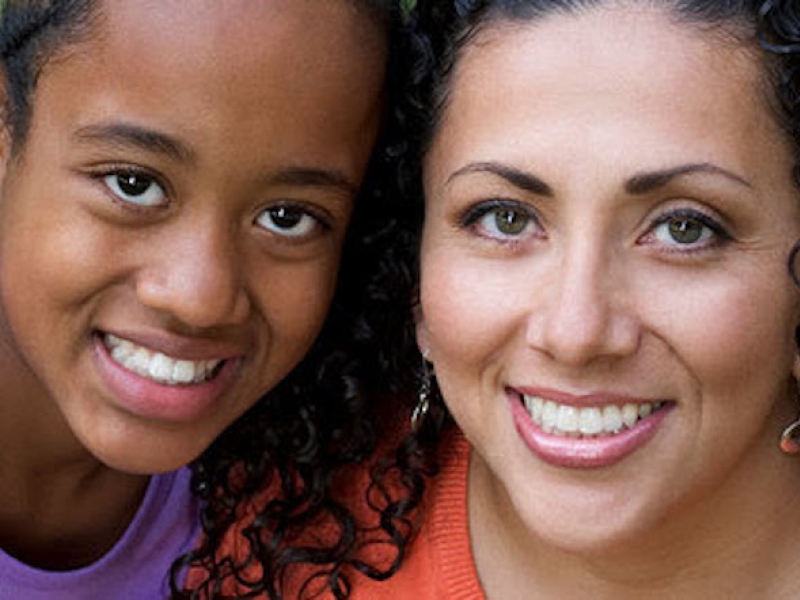 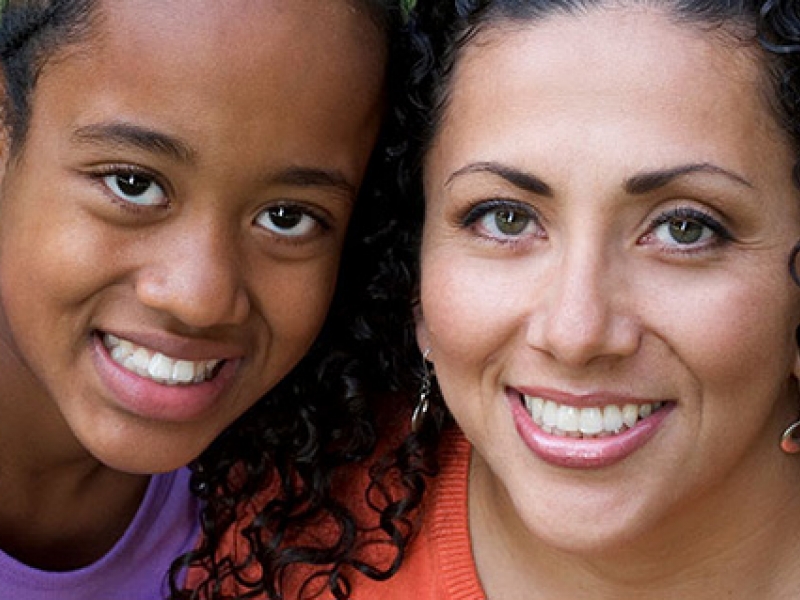