An accessible van with a ramp

Modify your life, not your dreams! 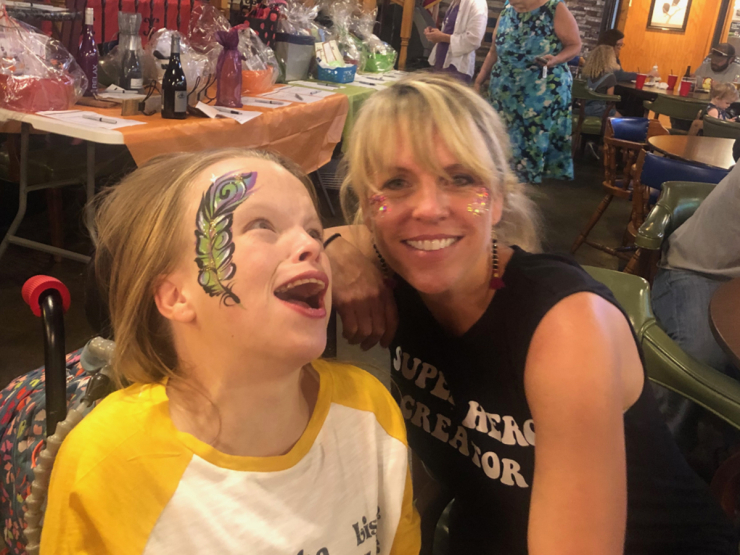 It’s a simple enough question, but for Madyson, it’s a mantra. She is mostly non-verbal, but this sentence is her longest and most frequent.

Madyson is like most 21 year old Kansas girls. She loves to go out, is most in her element at a concert or a ball game, and wears space-kitty leggings. Unlike most 21-year-old girls, though, getting out and about is a bit of a struggle, to say the least. 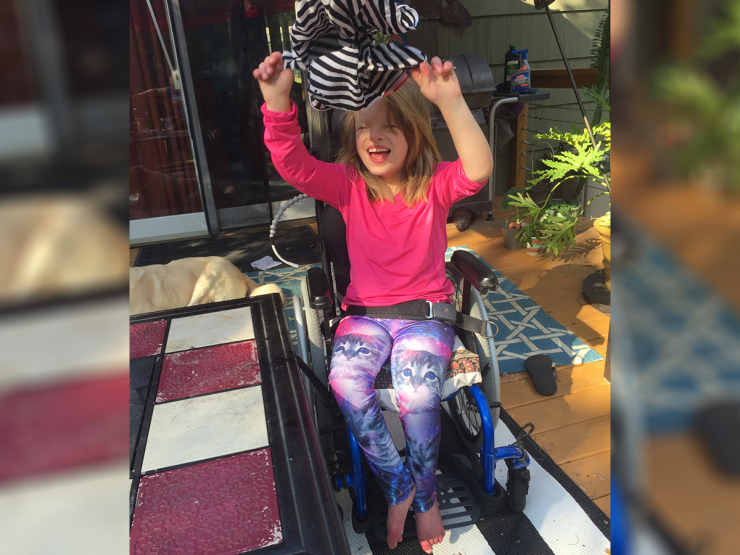 An outing for her means that her mom has to pack up Mady’s wheelchair, lift 80-pound Mady up into her car, and be hyper-alert of her self-injurious behavior the whole way. While on the inside Mady is just like any other early-twenties girl looking for adventure, on the surface there are some differences. 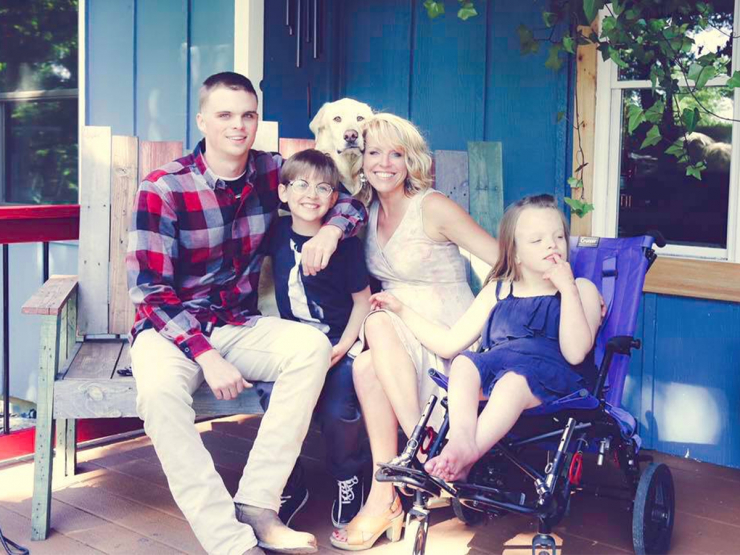 Mady is under 5 feet tall. She uses a wheelchair, and her clothes often have holes in them because she will tear them up with her teeth. You see, Mady was born with a 4q chromosomal deletion that affects almost every aspect of her existence. 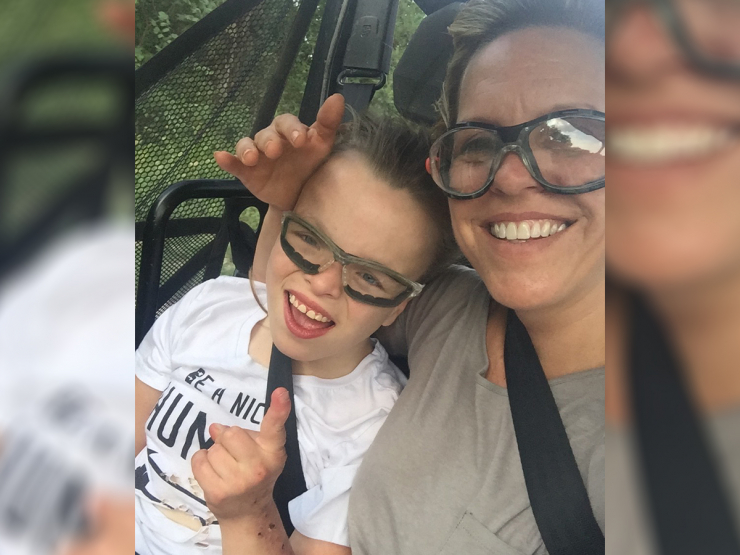 This includes skeletal differences, heart defects, and intellectual delays. The 4q deletion is responsible for her Atrial Septal Defect (ASD) which left her with a hole in the wall between the two upper chambers of the heart, as well as chronic bladder infections, kidney infections, and UTI’s which require her to wear diapers. Even her hearing and vision is challenged by this teeny tiny chromosome. 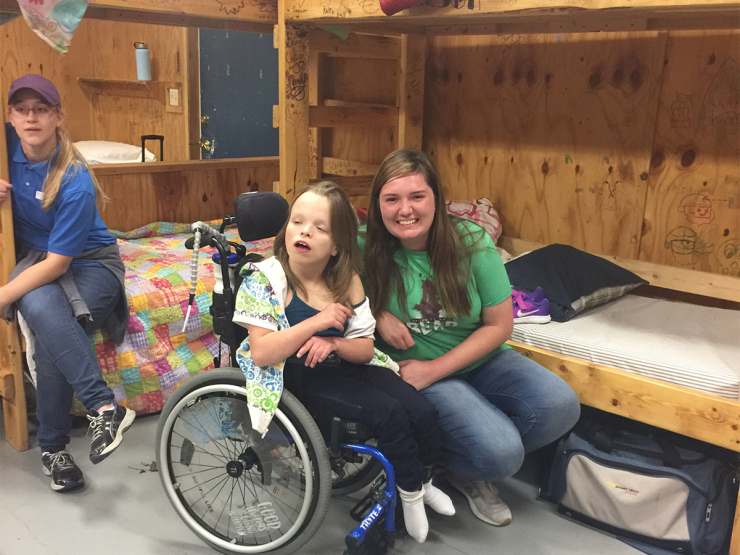 When Mady was three, Life did that thing it likes to do, where it takes a turn and doubles down: Mady fell down the stairs, which resulted in traumatic brain injury that caused even more severe developmental delays. 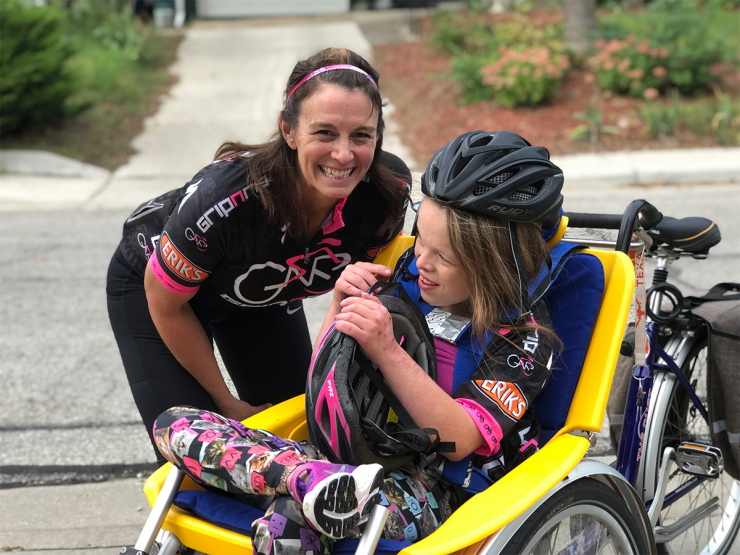 Mady may be mostly non-verbal, but she’s still adamant about communicating her feelings and ideas. While she does use some sign language and is starting to use an iPad to help communicate at times, she expresses herself through big smiles or angry frowns, depending on what’s going on. 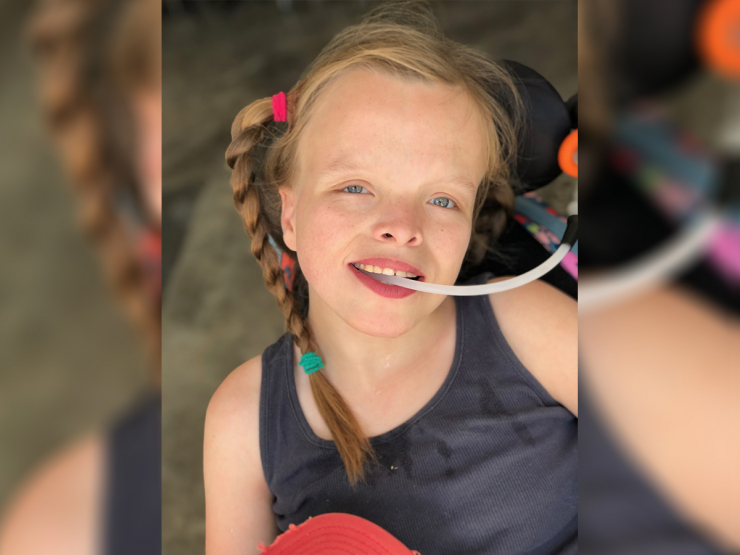 Another way she communicated is a little less conventional: Mady loveeees to chew on shirts! It started as a comfort thing. Mady’s older brother, Montana, was 3 when Mady was born. While she was in the NICU, Mady’s mom couldn’t help but cry over worry for her daughter. Montana would would take his shirt off and wipe mom’s tears with it. He did the same for Mady as she grew up, and to this day, she still must have mom’s, or someone’s, shirt off their back to sleep with and chew on. 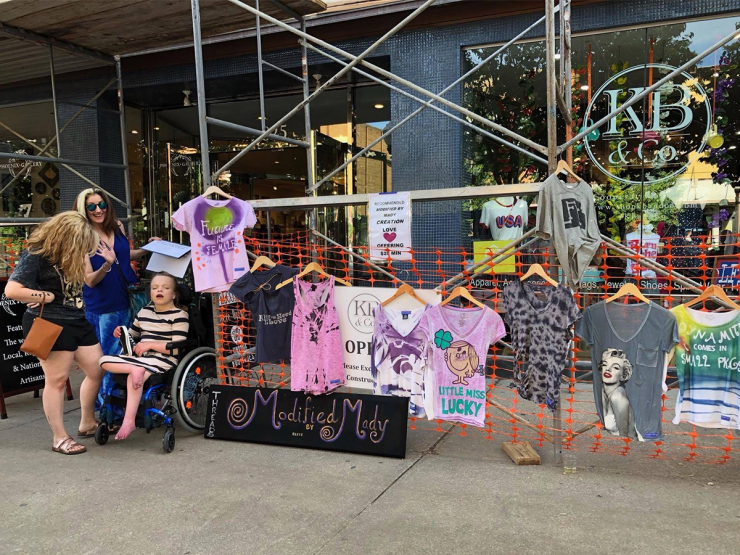 It just so happens that Mady has an inherent eye for design, because her shreds and cuts are actually pretty on-trend. This is how “Modifications by Mady,” a fundraising effort making use of Mady’s comfort mechanism, was born. 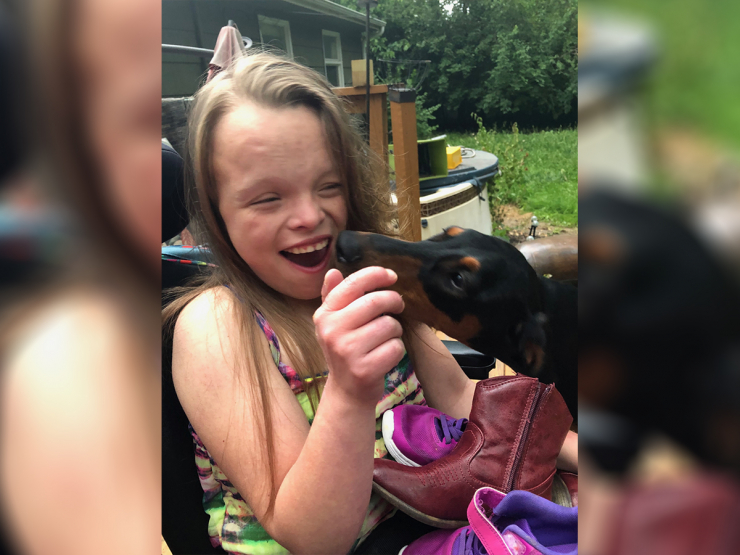 Like I said, Mady is just another 21-year-old girl in lots of ways. There’s one issue that’s seriously keeping her from #livingherbestlife, though: transportation. 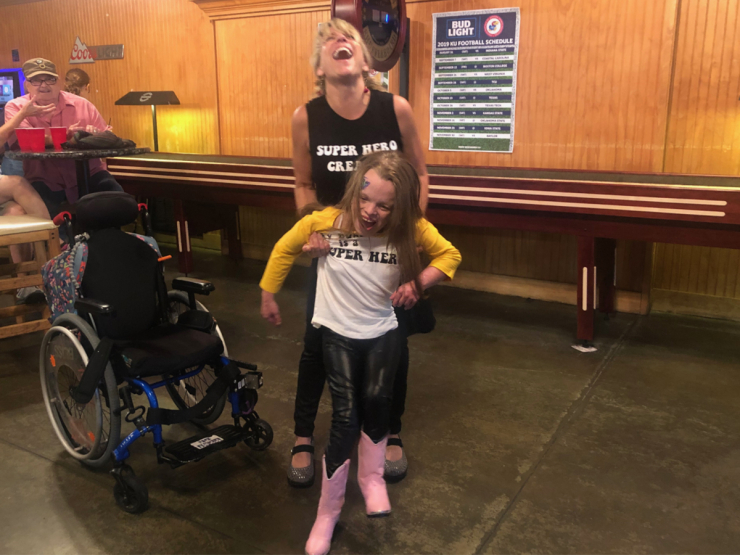 Mady may be small, but she’s mighty, and lifting her 80-pound frame into the back of the family car and disassembling her wheelchair so it’ll fit in the trunk is a workout all in itself for Mady’s mom. 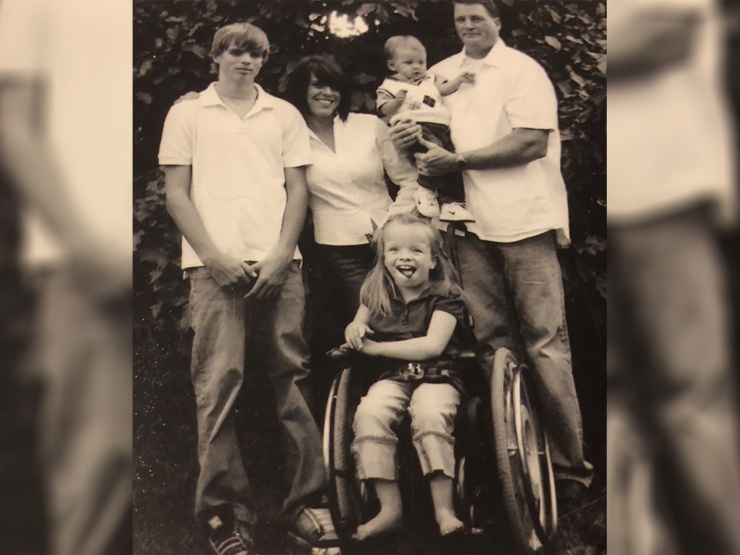 Mady already had her childhood stolen by hospital stays, pain, and the harsh realities of her condition. Many people who had difficult childhoods take comfort in the fact that one day, when they are older, they can live life on their own terms. Mady should have this same promise, but as things are, she’s trapped by her circumstances. 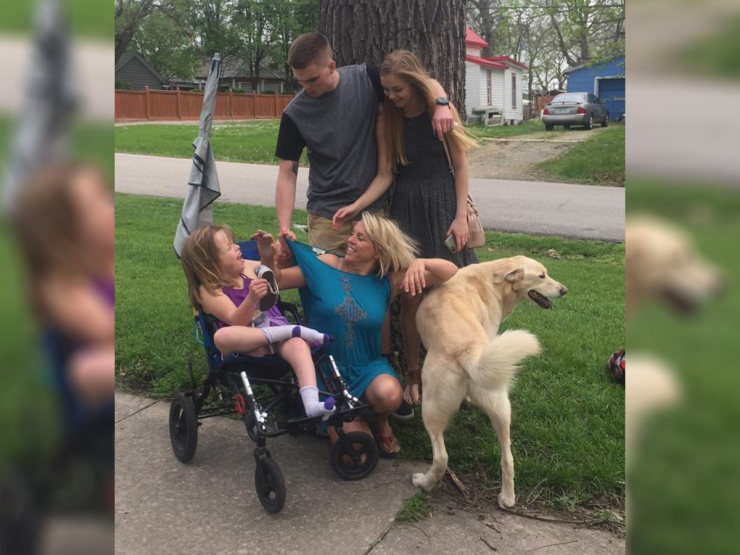 There is no reason why her twenties shouldn’t be as great as possible - especially no reason as simple as money. 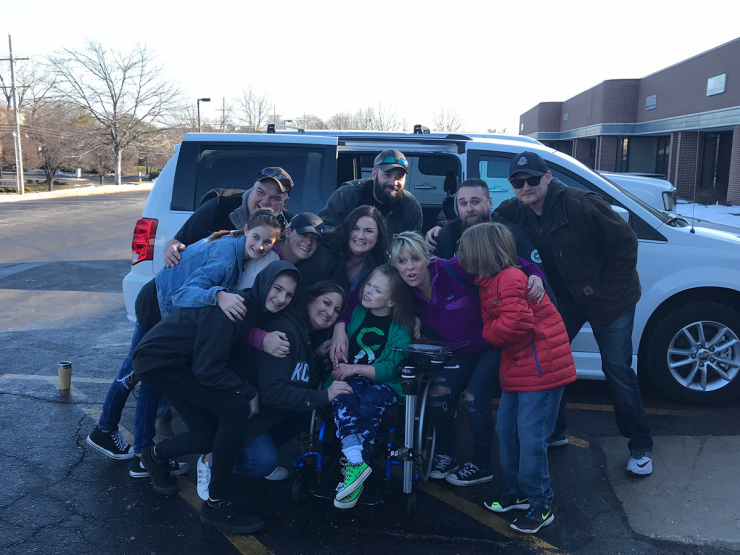 Luckily for us, our donors agree that making someone’s life just 10% happier is worth an investment, not just of money, but of time. 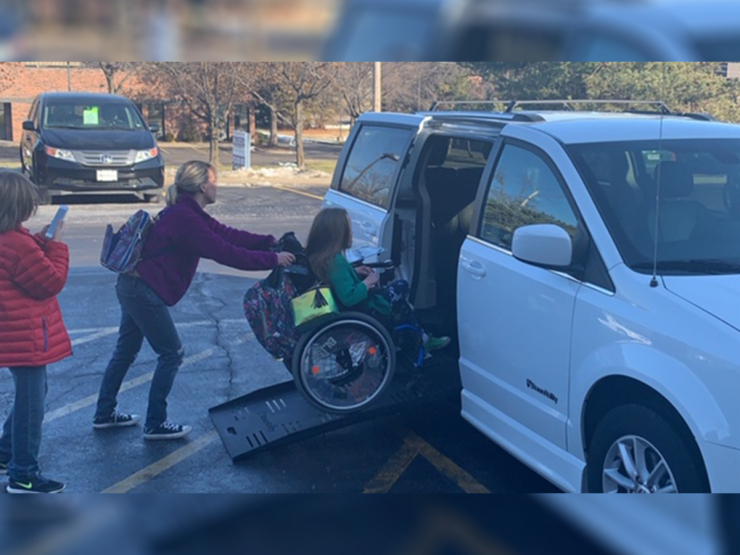 That’s why, thanks to our donors, we were able to purchase Mady’s family a $51,000 Dodge Caravan with a wheelchair ramp from BraunAbility, and the awesome folks at the Kansas City Chive Chapter were there to cheer Mady on! 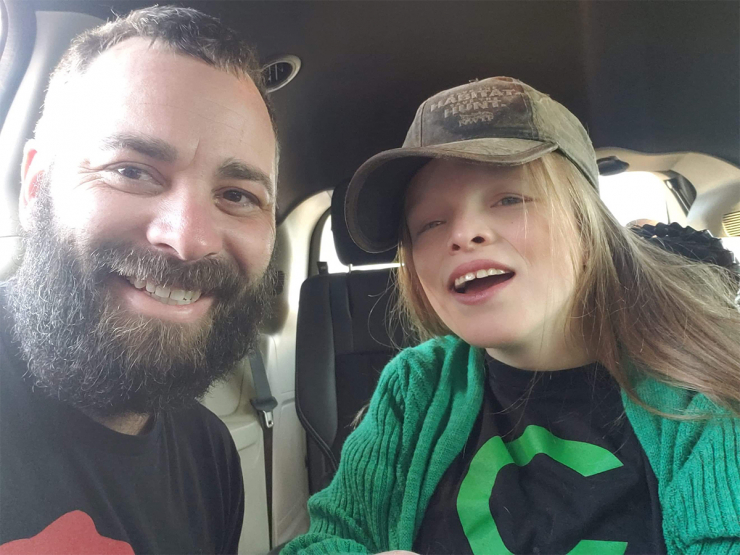 Kansas City Chive stepped up big for Mady, and she was all smiles! 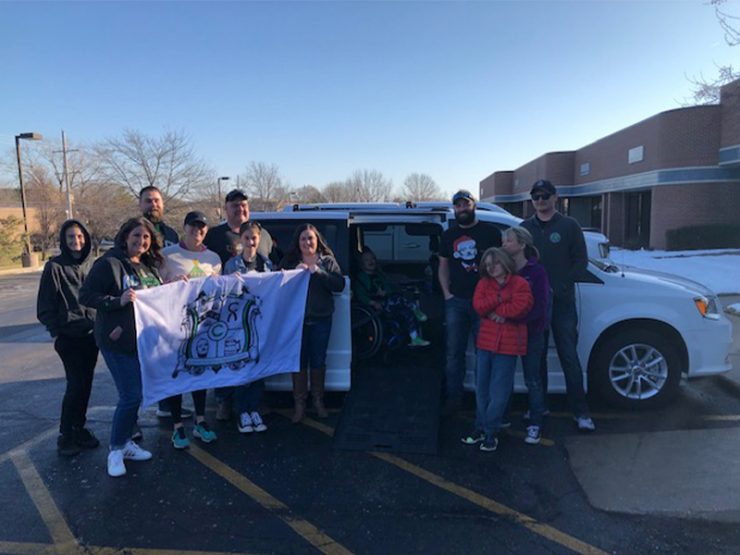 The money our donors have raised for Chive Charities is directly responsible for immeasurable happiness for Mady and her entire family. Now Mady can be her best self, because her ride is finally accessible, safe, and reliable. 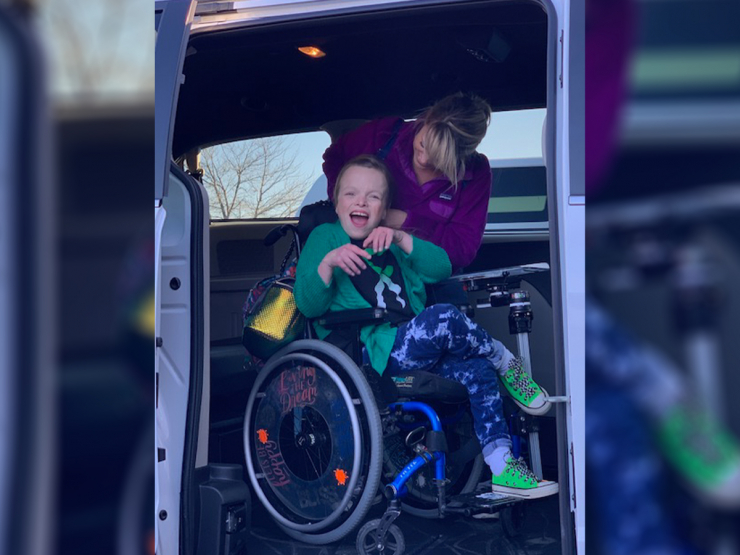 It looks like she’s ready for her next concert! 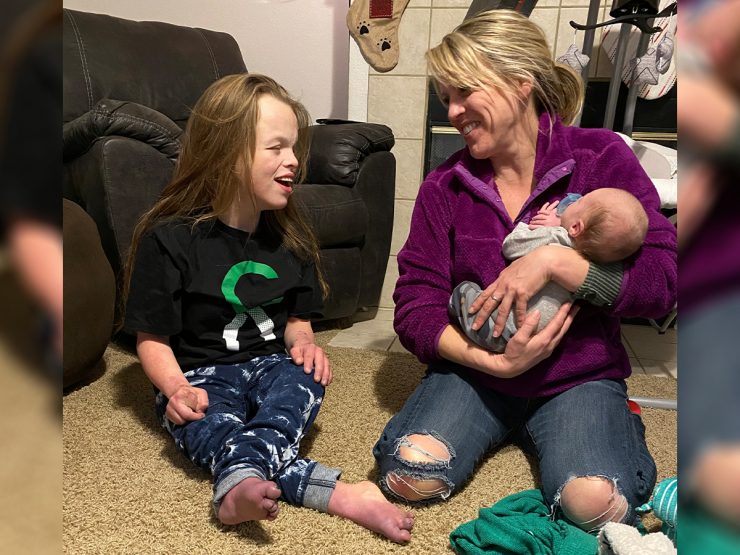 21 is a big year for all of us: at that age, we begin to grow into who we really are. Now that Mady can start doing the things she loves to do with ease, who knows what this girl could become! 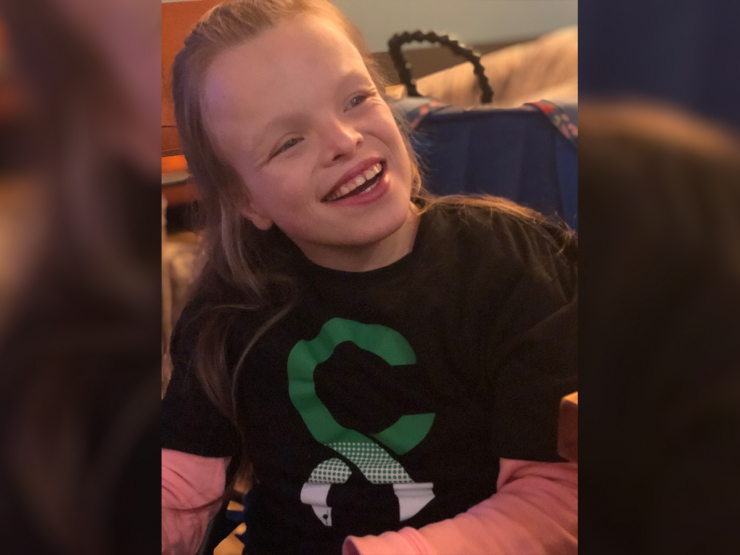 And we have all you donors to thank for it. If you want to allow Chive Charities to keep helping underdogs reach their full potential, make the leap and become a monthly donor HERE!