When good news falls out of the clear blue sky

A typical plane crash requires 7 consecutive things going wrong. It’s never just one incident, but rather a series of events that lead to the plane becoming terminal. I’ve discovered life is a lot like that sometimes. 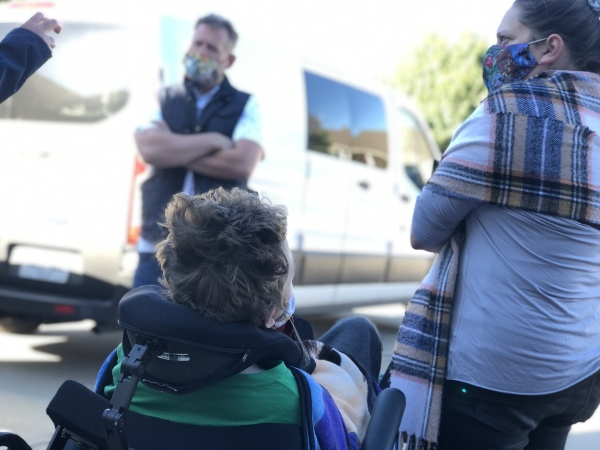 Last week, Brian Mercedes and I drove from our home in Ft. Wayne, Indiana to Indianapolis. As we headed south on I-69, I began reading Jack Sawyer’s Story.

I could easily count to 6. 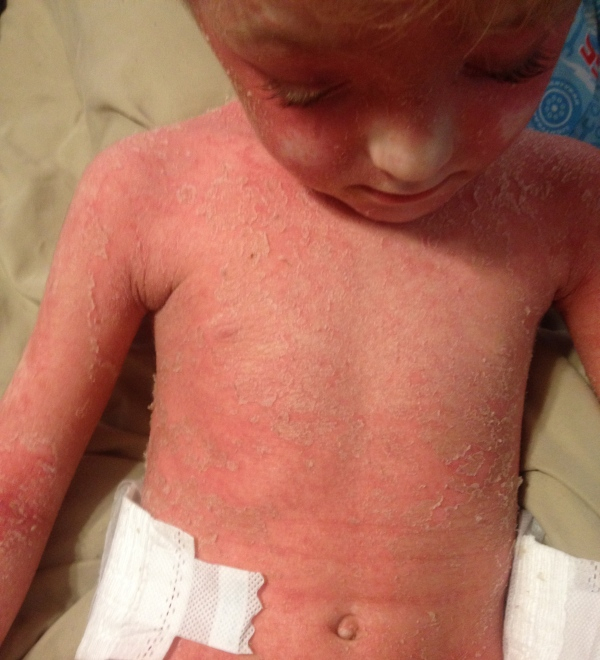 Jack was 3 when a mysterious rash overtook his body which was followed by neurological decline and loss of motor skills. The attacks came twice a year and increased in intensity. Jack lost his hearing, the ability to walk. His skin would blister, boil, and shed off multiple times. Finally, in March of 2019, Jack was 1 of 3 people in the world diagnosed with ACOX1 genetic mutation.

ACOX1, sometimes called Mitchell Syndrome is an inflammatory disease that could be treated by the N-acetyl cysteine (NAC) antioxidant. Absent the medicine for 6 years, ACOX1 started eating away at the myelin sheath that protects Jack’s nerves and cells. 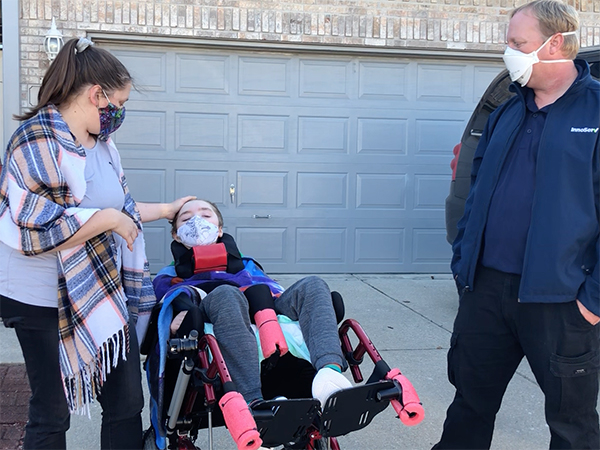 By 2019, Jack’s condition was worsening. His mother Fay is now taking care of Jack and his twin autistic brother, Ethan, full time. The family was down to a single income with Chris as the lone provider. To save money, the family moved in with Chris’s parents in their two story home in the Indianapolis suburbs of Greenwood. 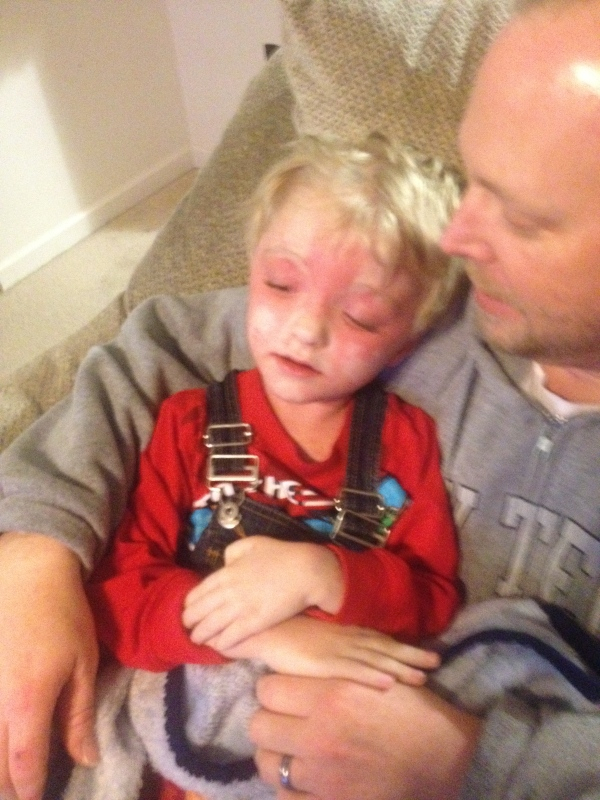 The most important medication always tends to be the most crucial. In Jack’s case, it’s multiple shots of Kineret. The anti-inflammatory drug costs anywhere between $8,000 – $10,000 a month. 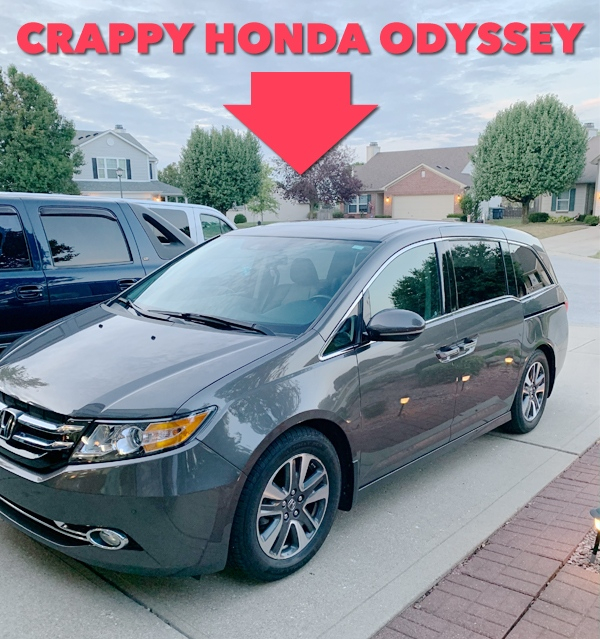 With Jack growing up fast, transporting him to the doctor in the family car became increasingly difficult. The family purchased a 2014 Honda Odyssey in the hopes they could convert it to an ADA accessible vehicle. But the car’s frame was damaged and the van had too many miles. The car was deemed unfit to carry such precious cargo and the investment, the last of their savings, was all for naught.

Jack is now 90 lbs and his mother and father take turns dead lifting him to get him to the house’s lone bathtub. The family rigged a 5-point harness to lift Jack into the crappy Honda so he can get to his physical therapy sessions and the Indiana School for the Deaf and Hard of Hearing. The more Jack grows, the harder he becomes too transport. Recently, Chris slipped two discs carrying Jack, leaving Fay to literally carry her son.

This family’s need for a safe living environment was more critical than we ever imagined. If the Sawyer family continued on this path, they were all going to be injured. Now that Jack is nearly 100 lbs., they must transport Jack from upstairs to downstairs using a stretcher they purchased on Amazon. That’s right, a stretcher.

Last week our Program Manager, Cory Hall-Martin, was on a Zoom call with Chris when he said flatly, “I’ve exhausted all my resources… I don’t know what to do.”

There are moments I’ve come to recognize where a potential recipient is out of options and the system is at risk of collapse. Brian Mercedes and I were immediately on the road to Indianapolis to meet the Sawyers. 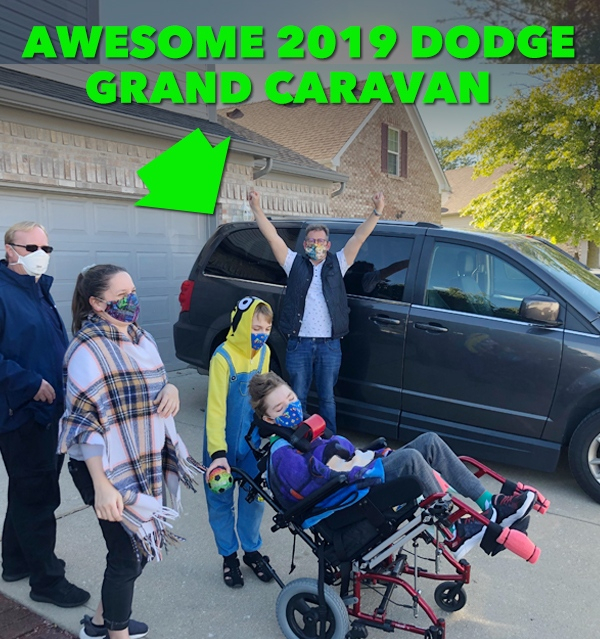 What we found was a family that still had so much hope for their son’s future. And we found Jack, a truly gentle soul, who greeted us with a kind smile. Earlier the same week, the Sawyer family opened their front door to find a brand new ADA accessible 2019 Dodge Grand Caravan in the driveway, courtesy of our Green Members.

But this story is about more than a badly-needed van. 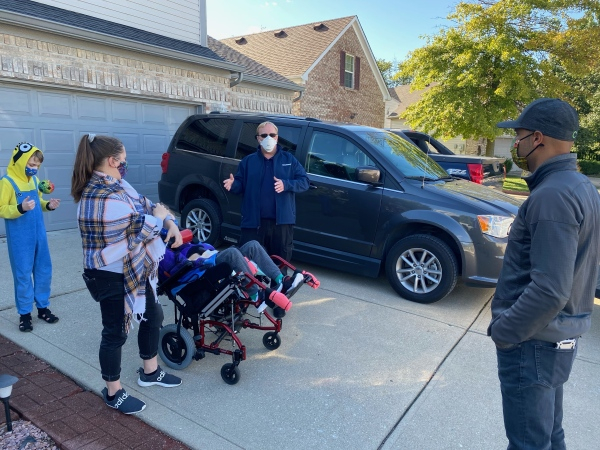 We travel because sometimes you have a little voice inside your head that tells you that you have not done enough.

When Brian Mercedes asked what else we could do to help them, they finally confessed they’d been looking to move into a one-story house. The steps were becoming increasingly dangerous. They said they had their eyes on a plane at the Greenfield Estates. The Greenfield Estates, you say? Sounds swanky. Is it a country club? 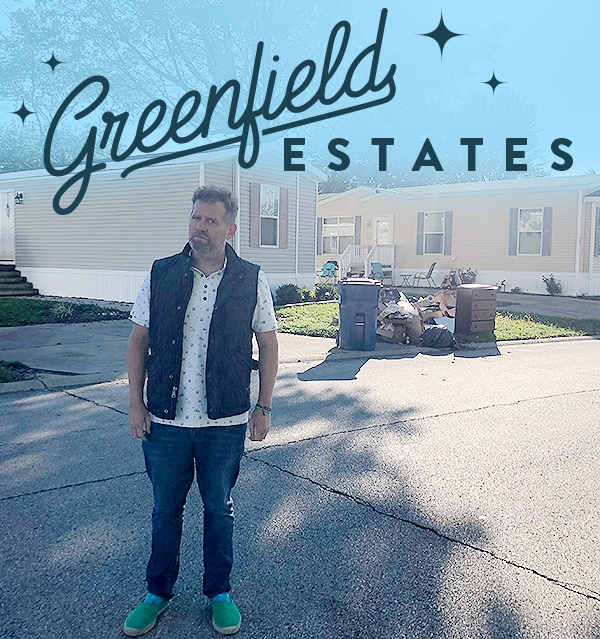 It was a mile away so Brian and I drove over to check out the estates. This is Greenfield Estates. It’s a trailer park. And not a very good one. But it’s still better than climbing those 15 steps. So Brian and I had an idea.

I told the Sawyers we would find $25,000 to get the family to a safe location before the last shoe drops. Chris and Fay were overcome with emotion.

So I’ve made a promise and I intend to keep it. It’s all hands on deck here at theCHIVE and Chive Charities for Jack. Donate here to help move this beautiful family into a safe, ADA accessible rental home. The goal is $25,000 and we have some good news.

For years, the Sawyers have been in a steep decent and at imminent risk of stalling. It’s time to pull up and find some airspeed for this family, fast. With the right care and treatment, Jack will get better. Our last two recipients, Henry and Cole, have become nothing less than miracles after they received our help. Jack will be no different.

One thing is certain, with your donation today, we will prevent a crash.

The goal is $25,000 with a $25,0000 match from STRATACACHE – Work as a team and I promise to update you with photos of a moving van pulling up to the Sawyer house in short order. It’s time to change another life. 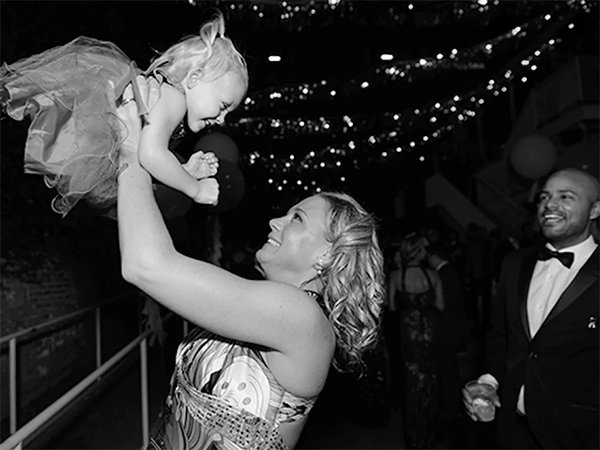 P.S. – This is the week of the Green Gala here in Austin. It is a moment when our Chive Community truly shines. Our donors were responsible for surprising the Sawyer family with their new van. I invite you all to explore becoming a donor and we’ll see all you new Green Donors at next year’s Gala! Thanks again, Chivers. 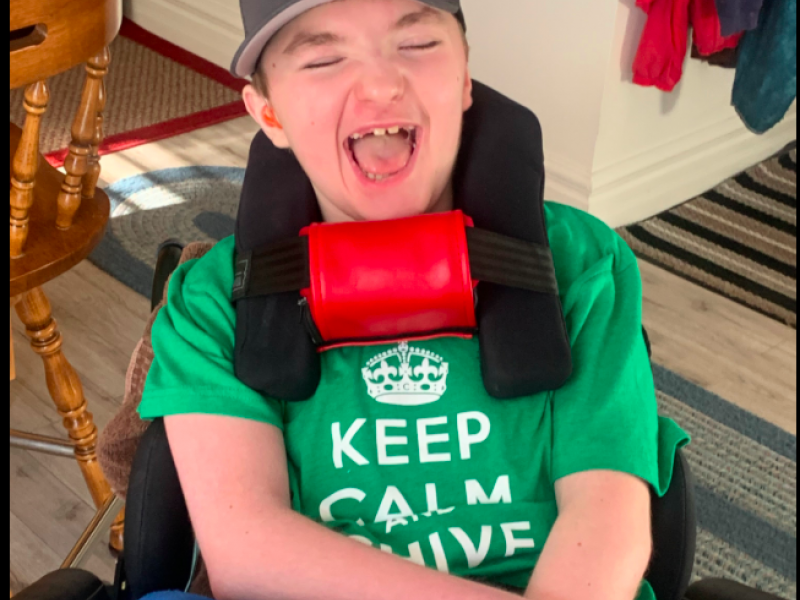