Angelina Ellis sat back on the exam room chair in a dark room, the glow from the ultrasound screen providing the only light as it illuminated the face of the technician. 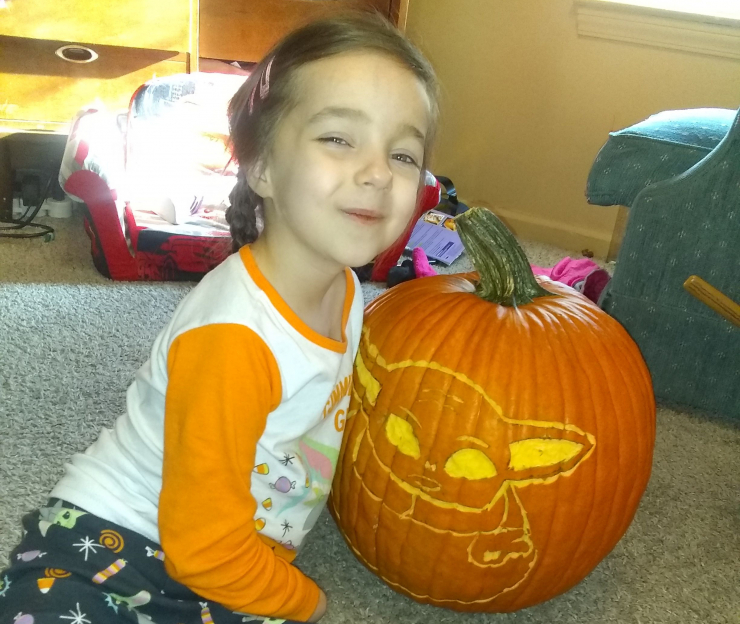 She watched as the tech’s experienced hands quickly moved a wand across her pregnant belly, projecting a small black and white image on the screen in front of her. Angelina had an older son - a boy, Richard - so while this process wasn’t anything new for her, she was still in awe of watching her baby kick and squirm.

Suddenly, the technician’s movements slowed, her brow furrowing as she stared at the screen. An almost imperceptible sound escaped from her lips as she let out a breath of air. “Oh my god,” she said.

“I think this baby is deformed.”

A little over four months later, Angelina sat back on a different bed in a different room and let out her own breath of air as her daughter Mia was born.

A specialist hovered in the corner, peering over the doctor’s shoulder and following the newborn to an exam table. Angelina had only a glimpse of her little girl, a tiny pink bundle that was whisked across the room.

With Mia on the table in front of them, doctors began trying to make sense of the picture. Her legs, arms, and wrists were facing backward, and her legs were “knotted” together and stuck up behind her back. The placement alone indicated that they were not attached at the hip. 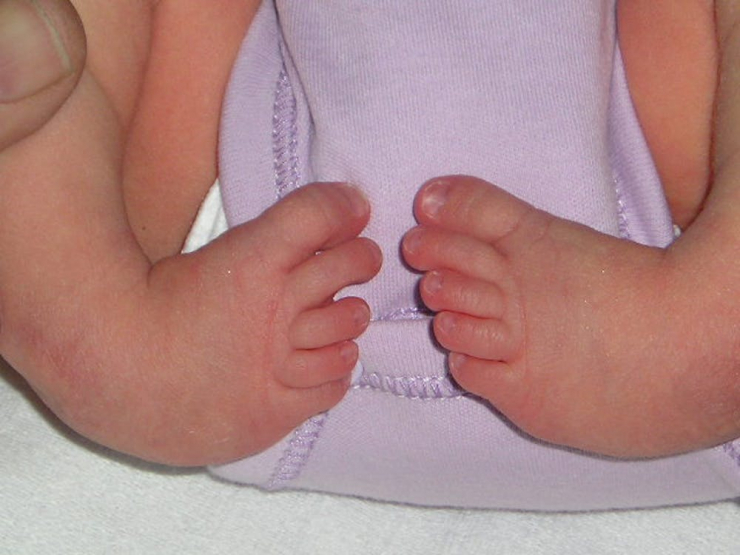 The specialist gently placed a blanket around the baby and turned around with a diagnosis: Arthrogryposis.

The condition is so rare that most doctors, including those at the University of Michigan hospital where Mia was born, had not seen or heard of it. The specialist examining Mia had treated only two other patients with a similar condition throughout his career.

So, on the day that other parents were being sent home with their newborns, Angelina and her husband Clyde sat outside an operating room and waited for their three-day-old daughter to come out of her first surgery. It would be 1-of-39 she would undergo in six years.

“We’re lucky to have excellent care and are just an hour drive from the University of Michigan,” Angelina told us. “And while we were still in shock about all that had happened with Mia - and all that we knew was still to come - we were able to find support in Facebook groups for families of kids with similar conditions as hers.”

That support would be essential as they navigated through life as a family of four, including a little girl with some big needs. 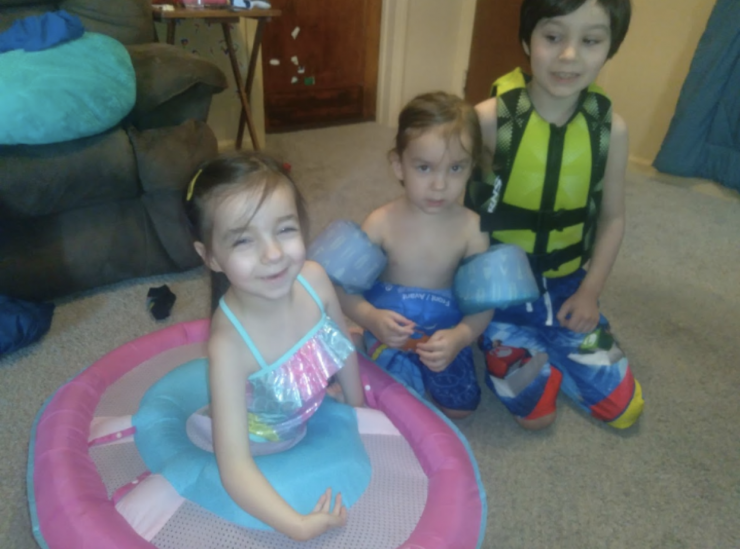 But if we could give everyone reading this a chance to meet Mia, we would do it in a heartbeat. She’s that good.

At just six years old, Mia faces chronic, daily pain. (“It’s heartbreaking for me to see her live in pain and not be able to do the things I know she wants to do,” Angelina said.”) But this incredible kid finds a way to bring positivity and happiness to every situation. Her mom told us that she loves to make everyone around her feel happy, constantly complimenting random people and telling them she thinks they’re beautiful or she loves their hair. 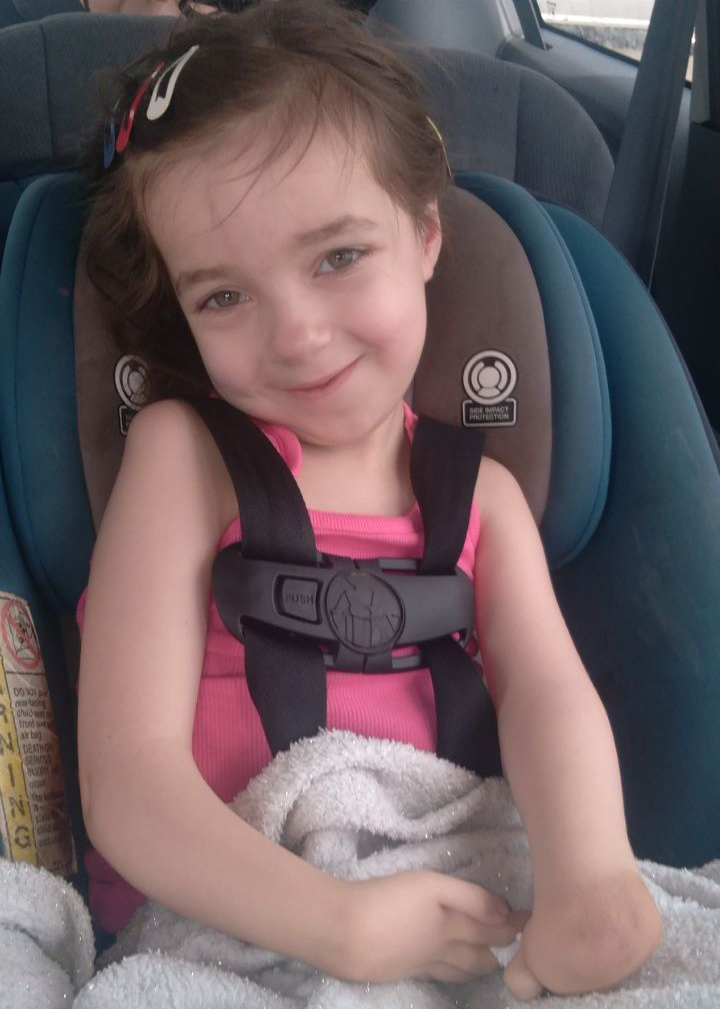 Her positivity is contagious, a tangible glow that surrounds her and fills the room with light. It’s the Mia effect.

When our team at Chive Charities asked Angelina to tell us more about her, she laughed and said, “Well, her school bus driver said she talks all the time - like ALL the time - going on and on about her likes, dislikes, favorite color (pink), you name it.” 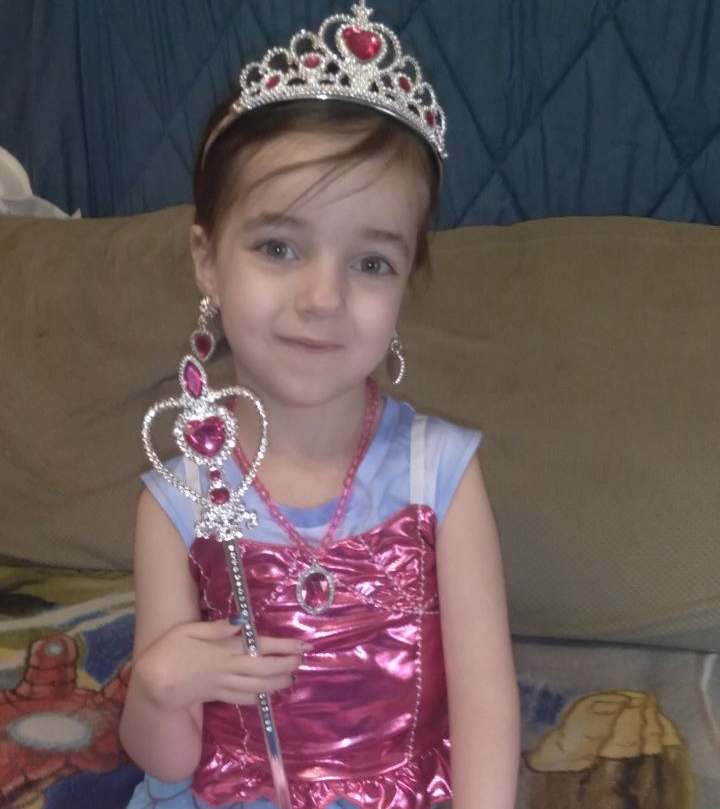 Mia is exceptionally smart for a six-year-old, which is probably how she knows that she’s cute and photogenic. Angelina said that she’ll stop her while she’s eating dinner and say, “You should get a picture of me taking a bite…”

The Mia effect is in full force every day, despite the substantial amount of pain she endures. It’s honestly remarkable. When doctors told this precocious kid that she would likely never walk, she told them that she would. And she repeats that to her family at least once a week. 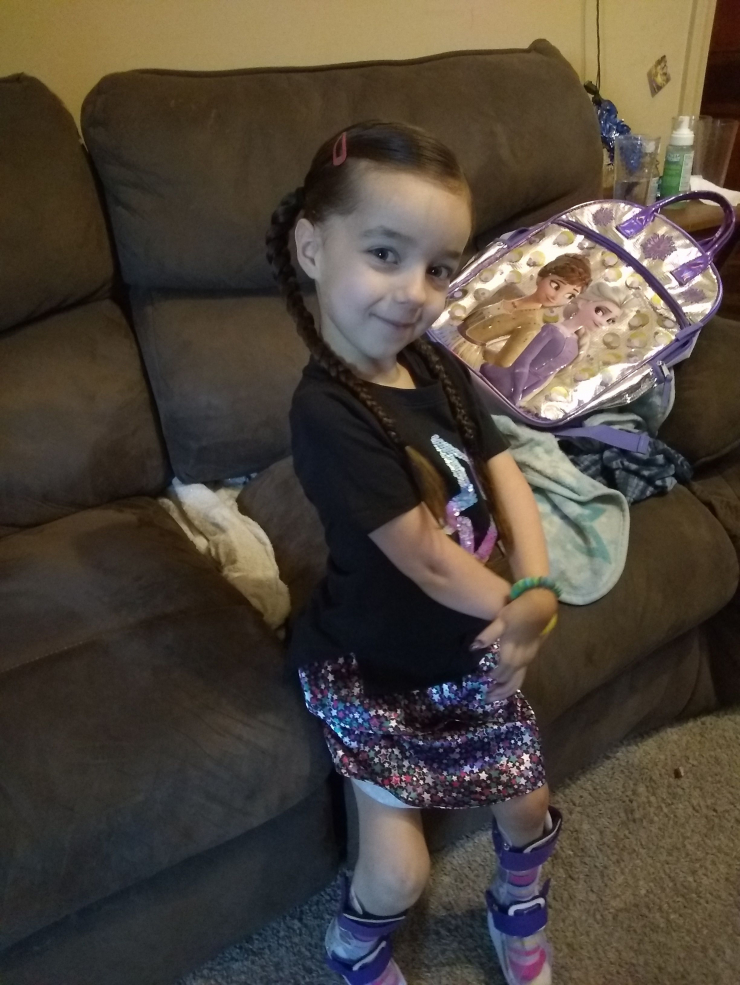 For now, Mia relies on a power wheelchair to get where she’s going. Until she’s able to change her phrase of “I will walk” to “I am walking,” Mia will need a little extra help with transportation. A few years ago, Angelina and Clyde added another son to the family, a sweet 4-year-old named Alonzo, and with big brother Richard, that makes three kids, two adults, and a whole lot of medical equipment to get around. 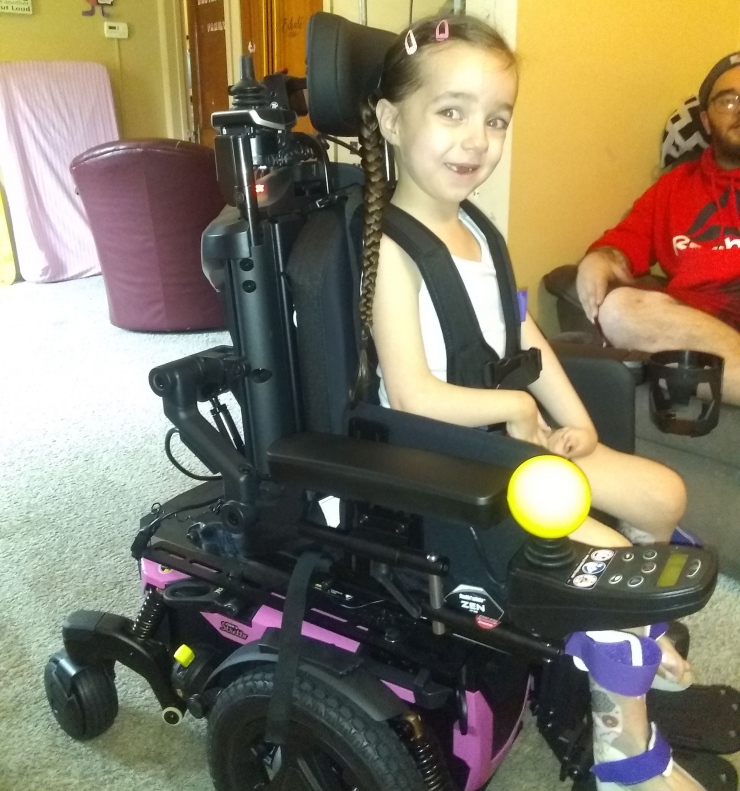 The world needs some more of the Mia effect, maybe now more than ever. So we asked our ardent community of supporters to help us purchase a new wheelchair-accessible van for the Ellis family, and they responded by funding a gray 2019 Dodge Grand Caravan from our friends and partners at AMS Vans for a total impact of $43,701. 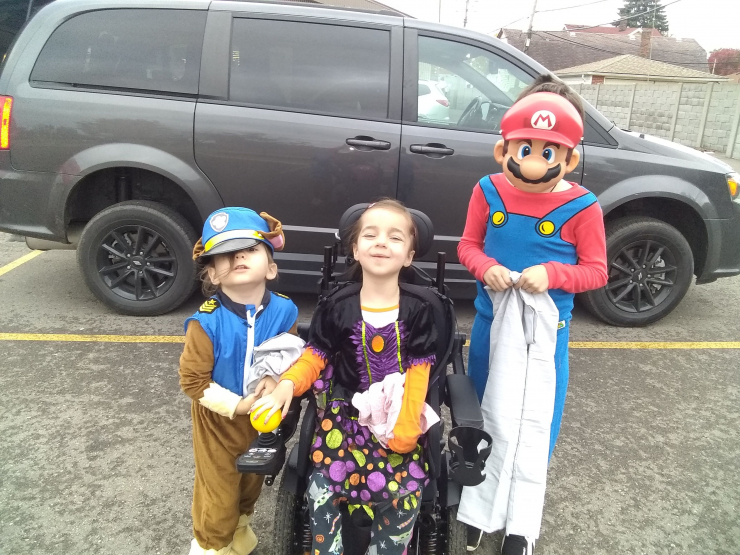 Mia has more on her list to accomplish than walking, including becoming a professional singer. No doubt she’ll get there and use her talents and personality to bring more positivity to us all. The Mia effect in full force.

And today, because people like you read stories about extraordinary girls like Mia, we’re able to spread some of that goodness right back to them. That’s what we’re talking about when we invite you to join us in making the world 10% happier by becoming a Chive Charities donor. Because if Mia’s life is happier, so is ours. And together, that has a big impact.