There’s no one quite like our nation’s veterans. The fact that men and women willingly sign up for the U.S. Army, Marine Corps, Navy, Air Force, Coast Guard, and Space Force - knowing the sacrifice they’re making - is astounding. Yet, they do. Each and every day, they do. 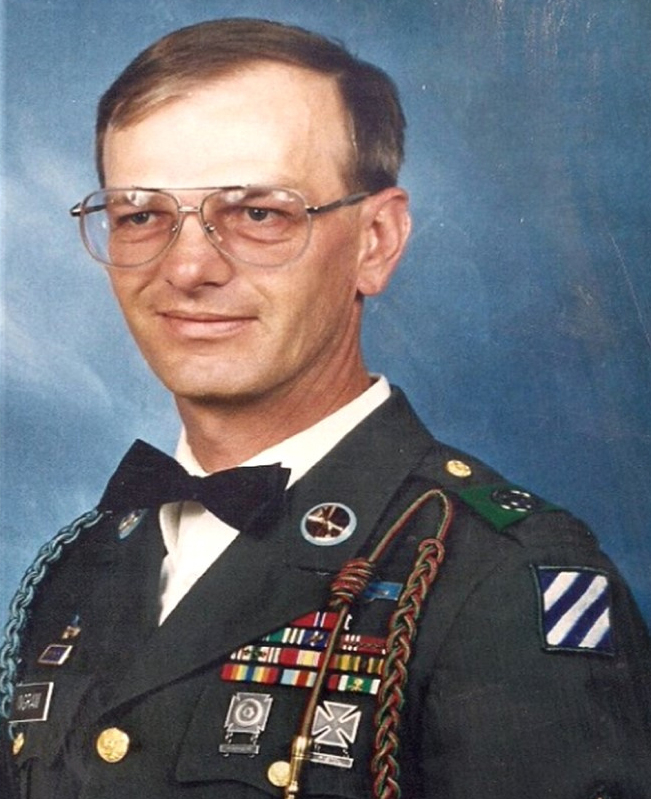 Through the years, we’ve found that a lot of the vets we meet come from a legacy of service. Almost like the call of duty and sense of service are passed through bloodlines as much as eye color or height, generations of sacrifice as enduring as the family name.

Ron Ingram comes from that kind of family. 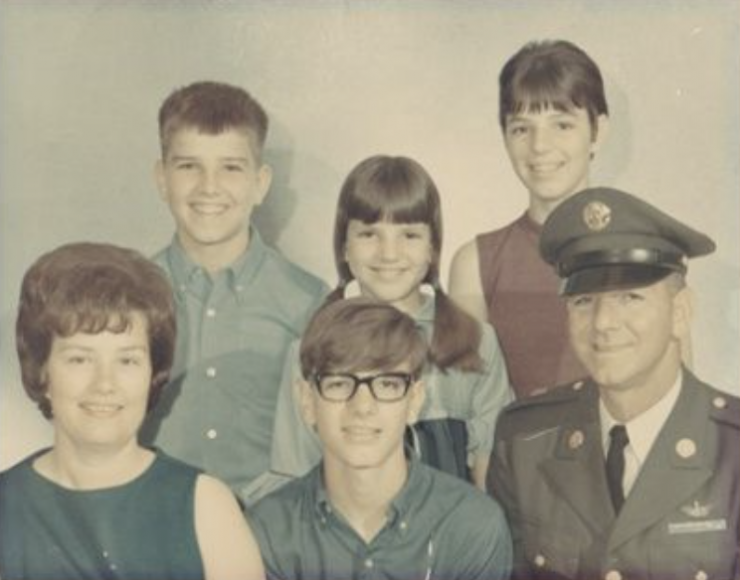 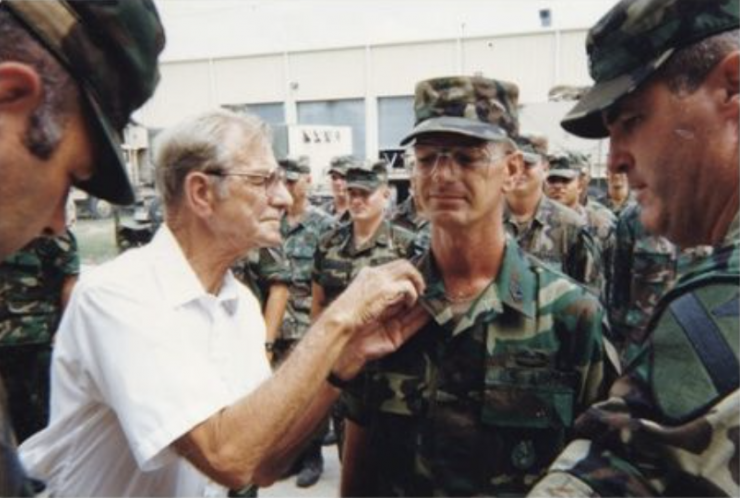 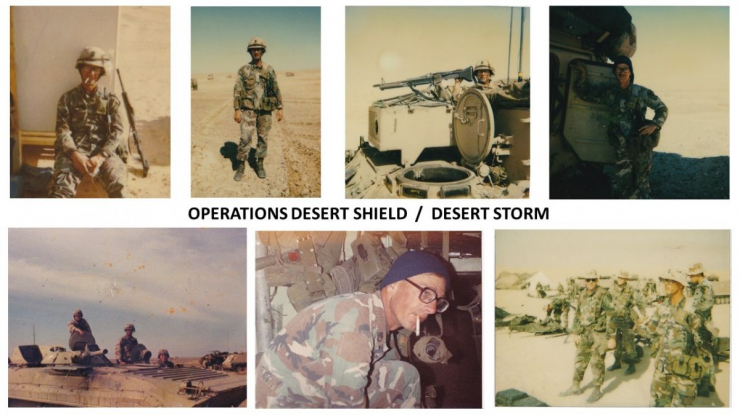 “Being raised military helped me to be able to handle long separations from my own family,” Ron said. “That didn’t make the separations any easier, though, because my family is my life.”

The military played a role in helping Ron meet the love of his life, Donna, too.

Ron’s younger brother and Donna’s brother both served together at Ft. Hood. She also happened to be the sister of his brother’s best friend, so Donna was always kind of hanging around. The two would end up married not long after. 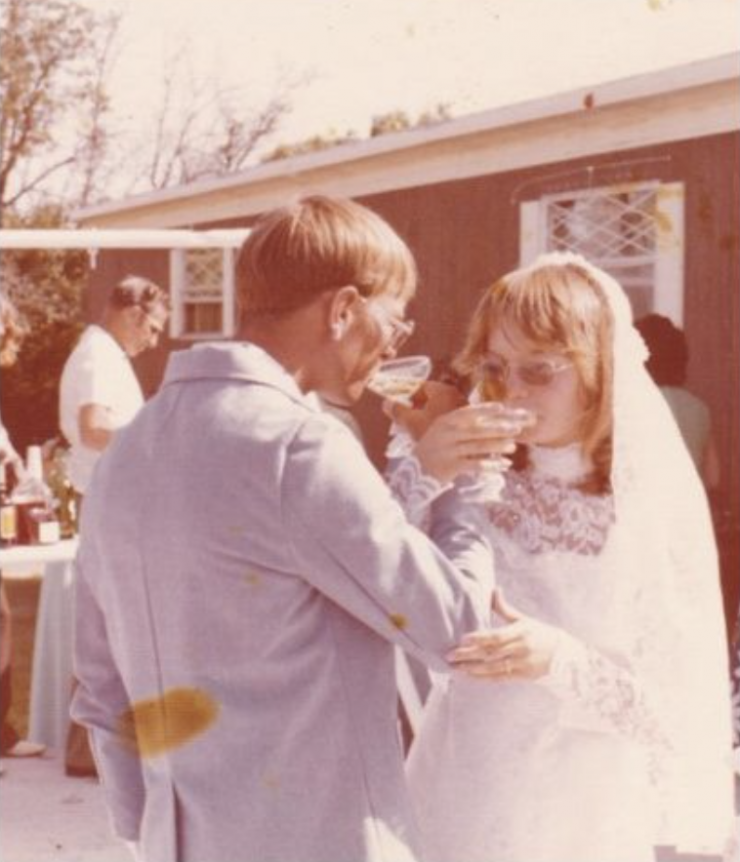 “Many of our family and friends had their doubts that our marriage would last because we were so young” Ron explained. “We’ve been married for 44 years now and have raised three children together.”

After Ron retired from the military, he took a contract job to test military equipment in Fort Drum, New York, continuing to serve soldiers and our great country.

It was during this time that things took a turn.

“I flew to Ft. Drum for a visit and walked right past Ron at the airport,” Donna said. “I didn’t even recognize him.” 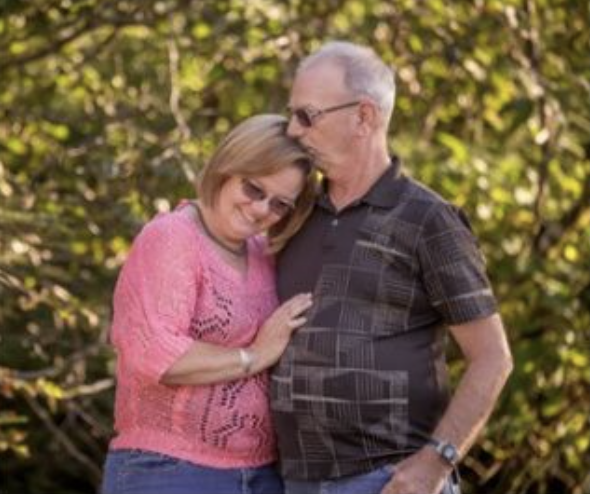 By the time he met Donna at the airport, he had dropped from 185 lbs. to 135 lbs., lacking the strength to stand up straight or even to pull his wheeled carry-on bag.

“The night after I got home, I couldn’t lift my leg to get into bed, that’s how intense the pain was,” Ron told us.

Donna rushed him to the emergency room where, after several medical procedures and tests, he was told he had a very large mass in his abdomen that they suspected was probably cancer. Those suspicions were confirmed, and the cancer had perforated his colon. Ron’s body had pocketed off the infection caused by the perforation, which likely saved him from becoming septic and dying alone in his hotel room in New York.

The next few years would blur together in a mix of surgeries, chemo, close calls, and recoveries. Through all of it, Donna stayed by his side.

“Every time he was admitted, they would take him to his room and I would say the same thing: ‘I stay with him.’”

As Ron told us, that’s how the military brings you up - everything is about the team. They’re married, but that’s a team. So they tackle all of it together. 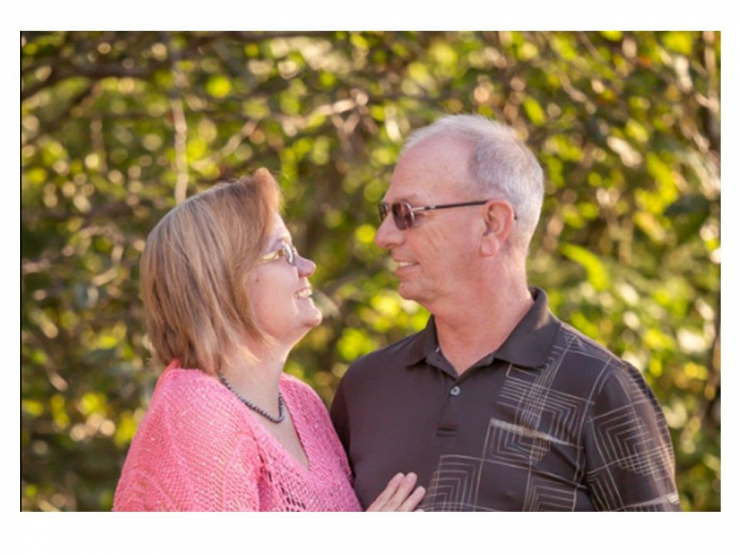 When Ron was initially diagnosed, he didn’t know what to do. Many times, he still doesn’t. He and Donna weren’t very educated on the topic of cancer even though both sides of their family had dealt with the disease. Ron continued to work full-time during the first 10 years of his diagnosis - even through chemotherapy treatments.

“It was difficult at times,” he said. “Especially the first three or four days following treatment, all I wanted to do was sleep. I never got physically ill, but was nauseous a lot and lost my hair.”

Ron’s medical team considers him their miracle patient. He’s lived with Stage IV cancer for more than 16 years, but six weeks ago, he faced another blow. Ron was diagnosed with another form of cancer: Multiple Myeloma.

As he sat in a hospital room once again, Donna was right by his side.

Through all of the hits, the two have tried their best to live the fullest life possible. That included RV trips up and down the East Coast, across the Midwest, and beyond. 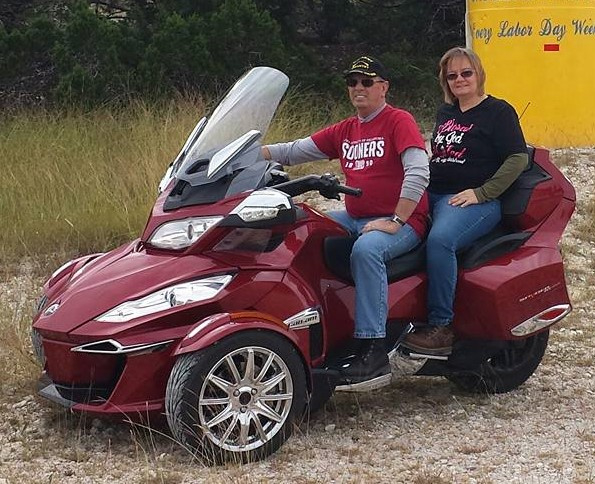 The second summer of travel took them on a three-month journey through Wyoming, South Dakota, and Montana, then back down through Utah, Colorado, and New Mexico.

The travel came to an abrupt end, though, when Ron’s cancer came back and his life-long chemo treatments began. Now, they camp locally within an hour or so from the hospital to allow Ron and Donna to go from the campsite straight to the hospital.

One of the side effects of his chemotherapy is neuropathy and Ron also has a lot of pain in his knees. So getting around on their four acres of land and spending time outdoors with his wife and family has gotten even more challenging.

“We knew we needed help, but were uncomfortable asking for it,” he explained.

And as Donna said, “It just seemed like there were more deserving people out there. I told that to one of my family members and she said, ‘Bullsh--. He served his country and needs the help. He deserves it, too.’”

We agree - so we called on our donors for help funding a mobility scooter and new deck with a wider doorway to accommodate it. The total impact was $13,173.

For Ron and Donna, the impact was a little more than that. It was a second chance to live the kind of life they imagined long before cancer tried to ruin their plans. It was another chance to get Ron back on his land with Donna as a team once again.

We asked Ron what his message would be to other veterans like him who could use some support but who might not want to ask for it. His advice: “Don’t let your doubts or pride get in the way of asking for help.”

We bet the 96 vets (and counting) we’ve supported before him would say the same.

And now, it’s not just Donna staying with him. Thanks to you, the Chive Nation community is right there, too. DONATE HERE.

To all of our nation’s veterans, we honor your service and sacrifice. Happy Veterans Day! If you or someone you know is a veteran in need of a life-changing grant, please visit ChiveCharities.org/outreach/veterans to learn more and apply.