Judith Agricola was born a seemingly healthy baby on December 5, 2012. Kaitlyn knew being a single mom wouldn't be easy, but the first 6 weeks were absolute bliss as she settled into motherhood. Then the seizures started. Since doctors couldn't determine the cause, all they could do is try to treat them. To battle the seizures, they prescribed various medications that gave Judith a range of side effects. Finding the right cocktail of medications was a steep learning curve. Each new batch of meds would work for at most a few days. Then the seizures would start again. Judith regressed to eventually having 4 to 15 seizures each day, sometimes as many as 21. Over the months, tests concluded that Judith wasn't just experiencing seizures. She was having infantile spasms, which are like a cluster of mini seizures that last a couple seconds. There can be up to 100 spasms at a time, or dozens of clusters with several hundred spasms in a day. On top of Judith's suffering, the medications made her extremely irritable. Kaitlyn told us, "I never got to know my daughter because the medications were making her something else."

At 7 months old, doctors decided to take Judith off a number of her meds since they weren't working anyway. As the side effects wore off, Kaitlyn saw a new side of Judith. "I saw my baby smile for the first time in her life. I heard her laugh for the first time. It was the most beautiful sound I had ever heard. I actually got to meet my daughter for the first time." But the seizures didn't stop.

Doctor's recommended genetic testing for Judith, but it was expensive and not covered by insurance. A company gave Judith's nurse practitioner an opportunity to give a free full genetic panel test to a patient of his choice. He chose Judith. The results came in on February 6, 2014. Judith suffers from CDKL5, a rare X-linked genetic disorder that results in seizures, sensory issues, and developmental delays.

Judith has spent her whole life in and out of hospitals. Since she was born, she has constantly been on a ton of different medications in a failed attempt to control her seizures. The medical bills have added up for Kaitlyn. As a single mom, she is doing the best she can to provide for her daughter. To put it bluntly, she needs the kind of help that only the Chivers can provide. Today, we are proud to announce that Chive Charities is providing Kaitlyn with a $14,200 grant from the Chive Fund! The grant will go towards therapy equipment, adaptive furniture, a SAMi monitor to alert Kaitlyn if Judith is seizing at night, and an iPad with vision therapy apps! 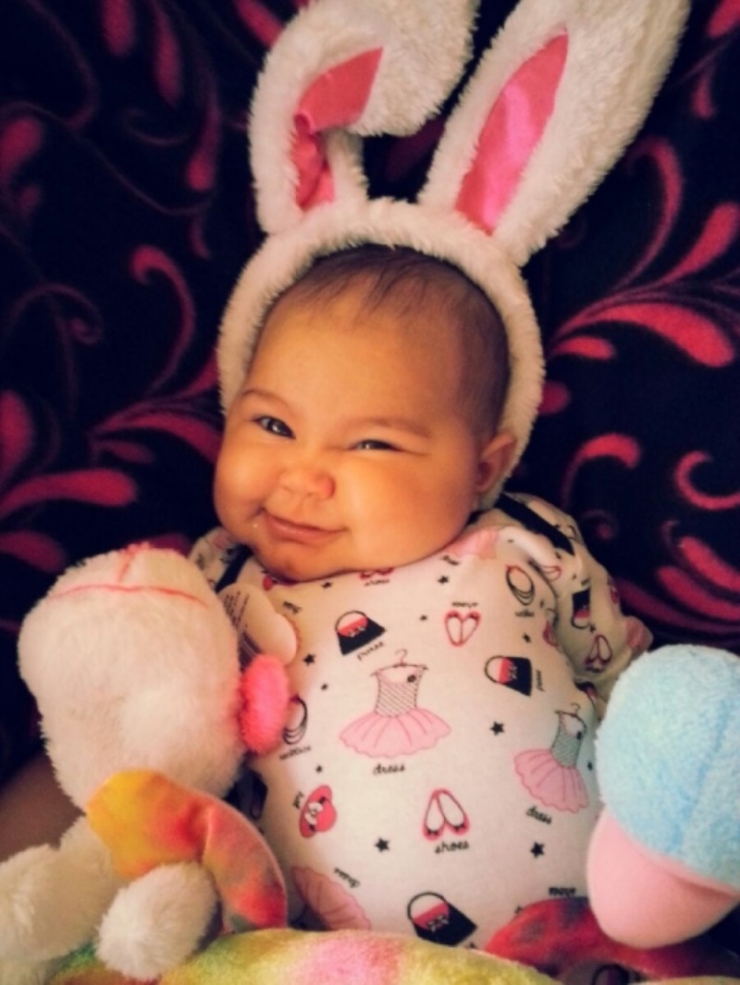 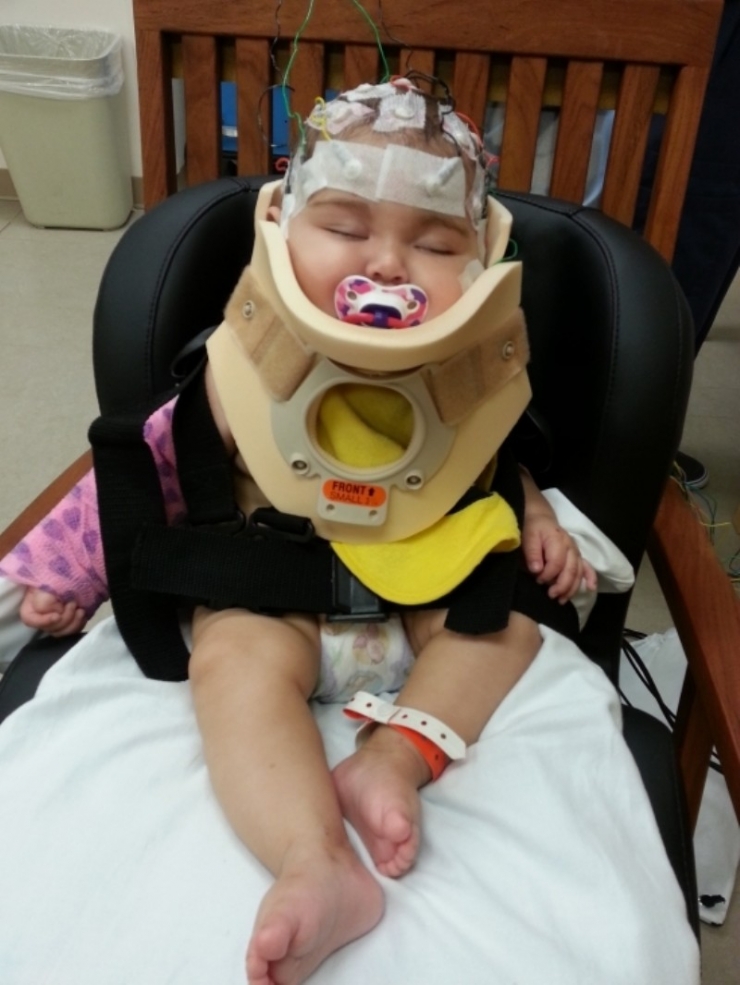 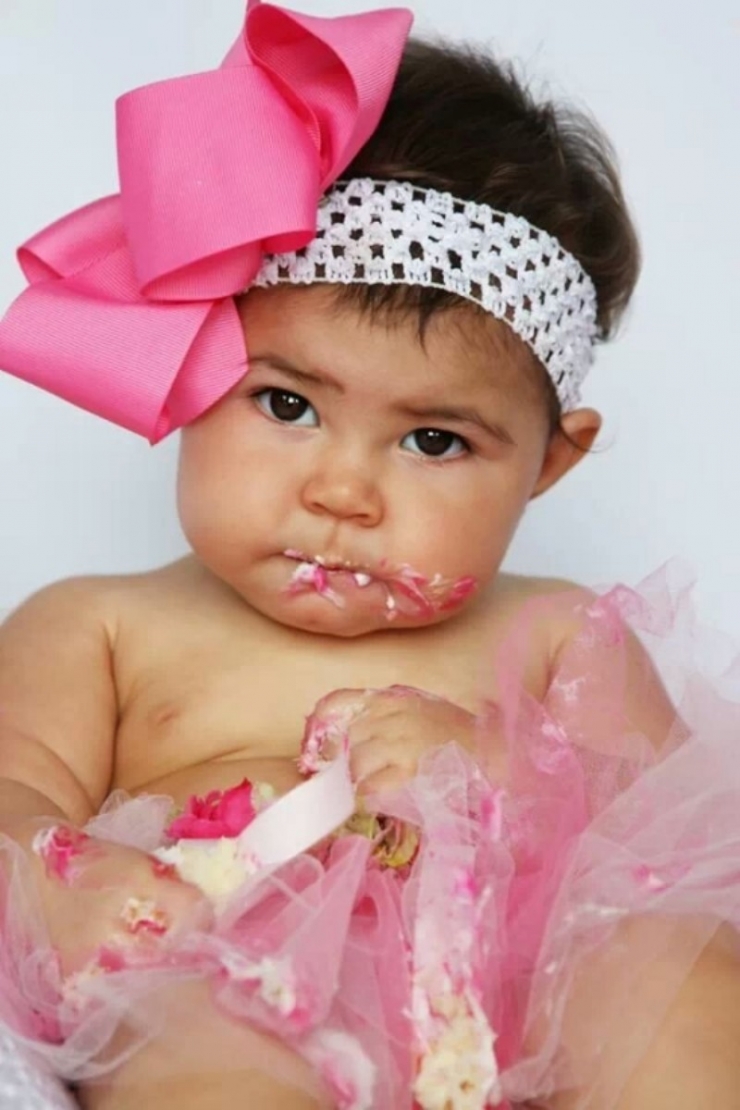 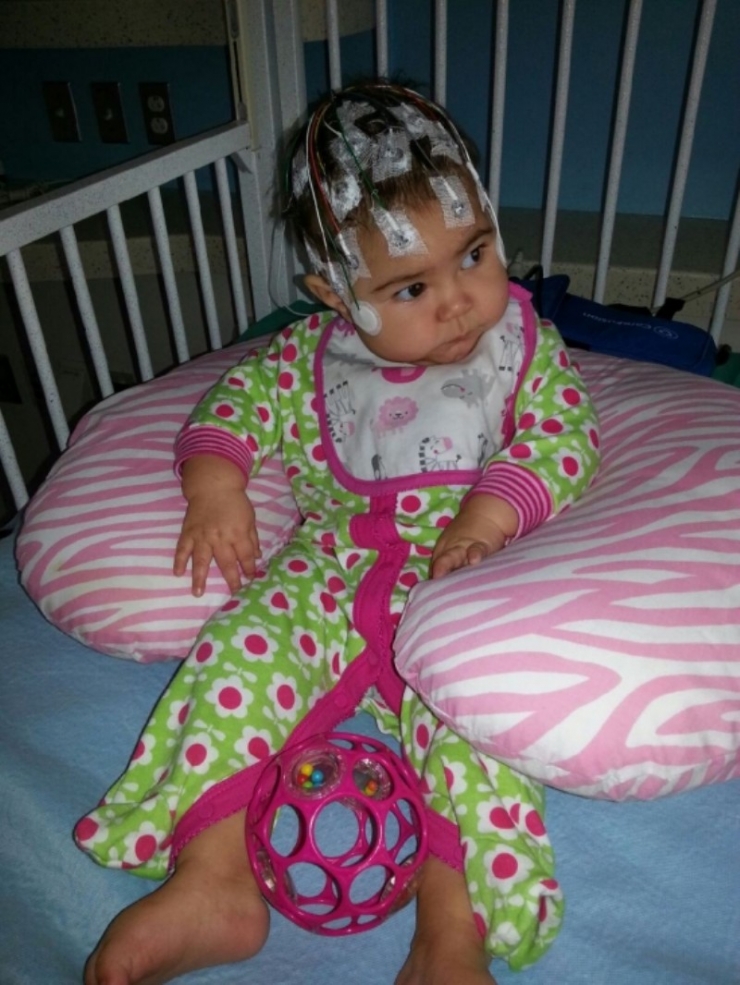 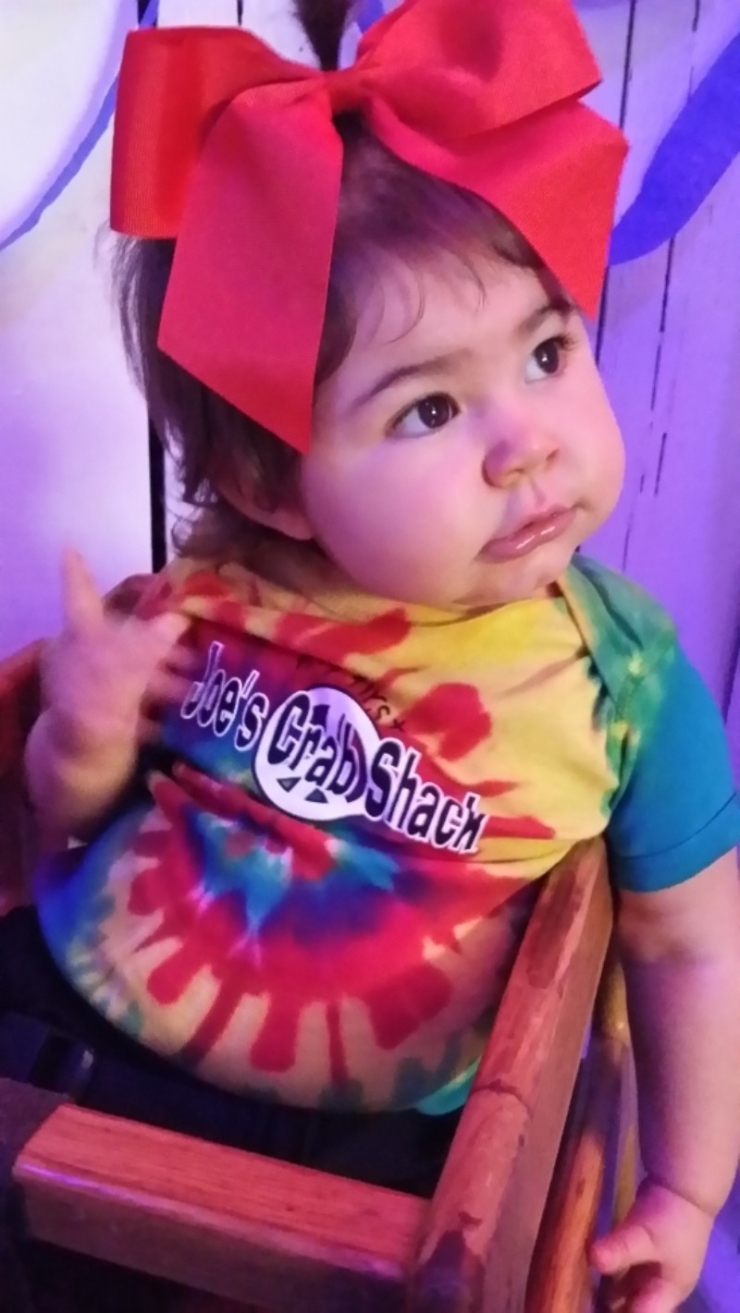 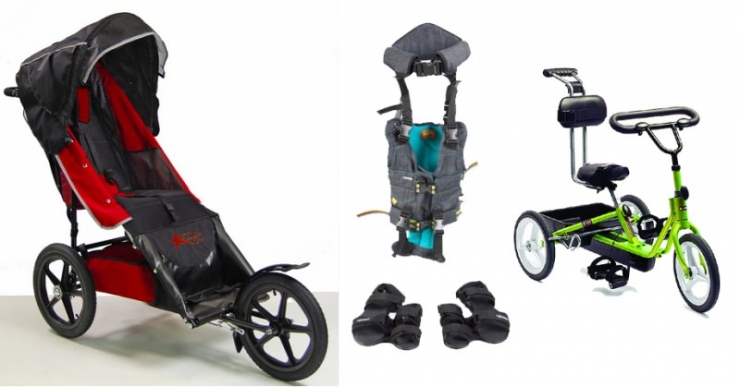 Some of the adaptive and therapy equipment we purchased for Judith. Children with CDKL5 eventually experience what is commonly referred to as "the honeymoon phase." It is a period of time where the seizures inexplicably stop. At the time that we were processing Judith's grant, she was in the middle of her honeymoon phase. She went 20 weeks without any seizures.

Unfortunately, this week Kaitlyn informed us that the honeymoon phase has ended. The seizures have returned. Judith is now checking into an epilepsy monitoring unit at a hospital for doctors to observe the seizures. All of the therapy equipment could not come at a more critical time. It is estimated that about 15% of kids with CDKL5 will learn how to walk. They are typically nonverbal and only learn about 50 words in sign language. Kaitlyn is determined and confident that with all of the therapy equipment, courtesy of the Chivers, that Judith will one day learn how to walk. 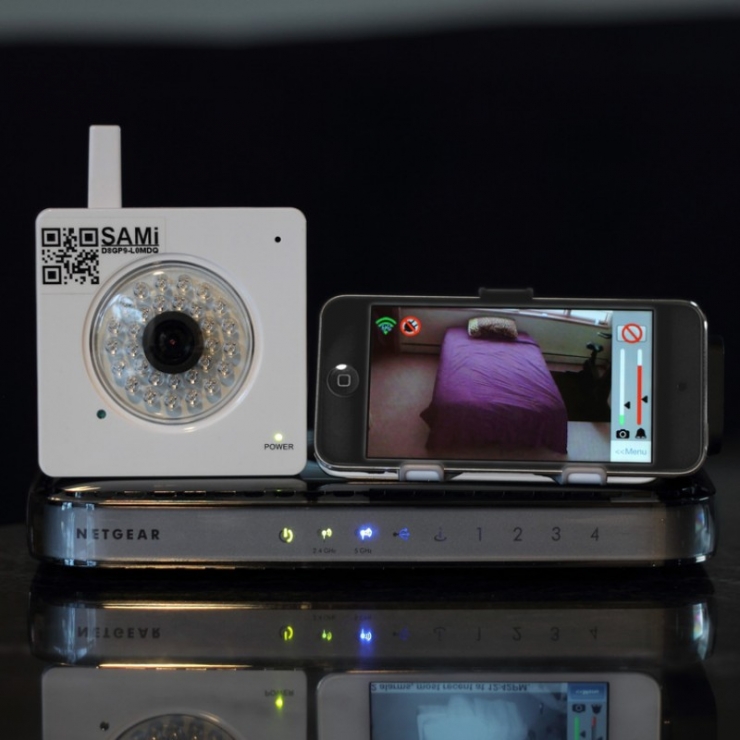 The SAMi Kit we purchased for Judith. It monitors her movement and can detect if she is having a seizure at night. It also records the movements, which can later be showed to a doctor for review. 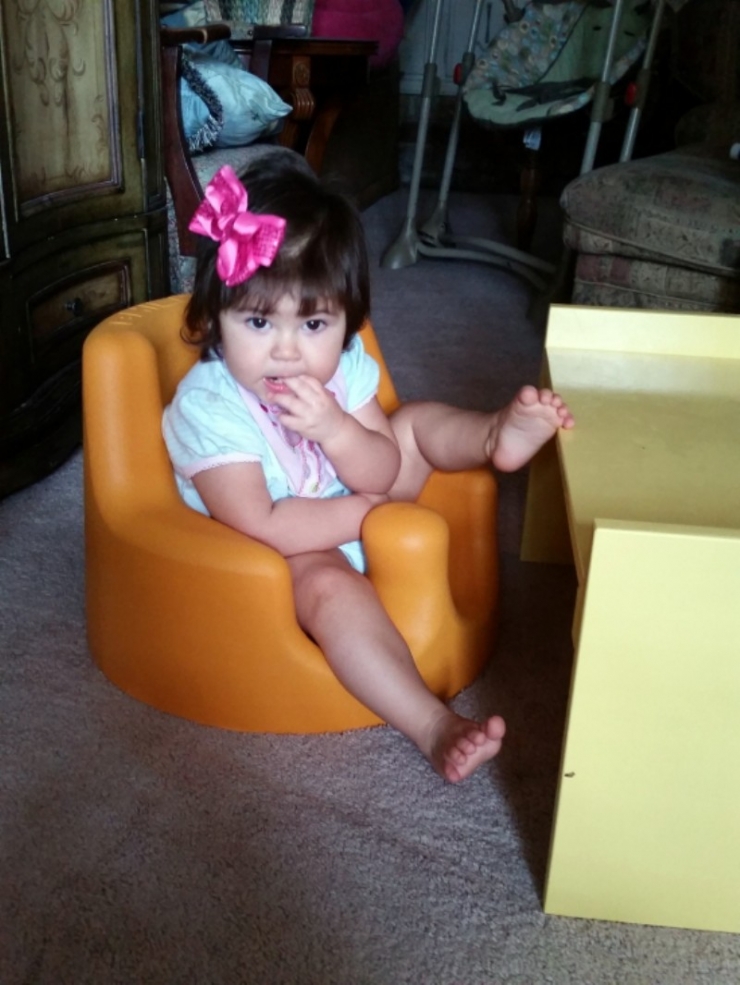 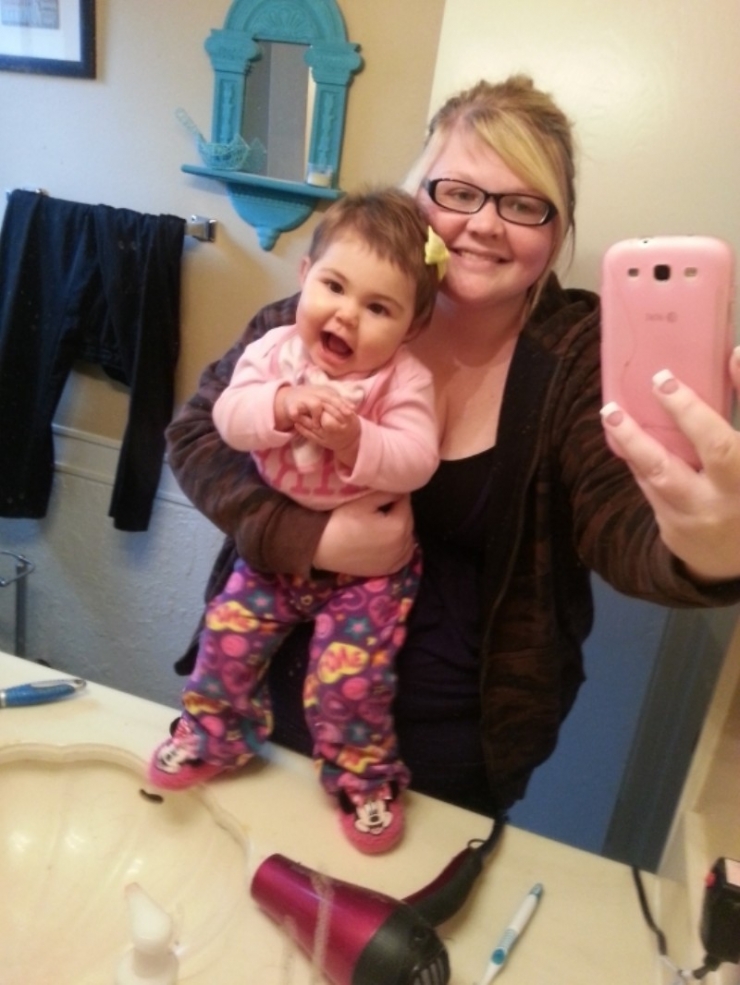 A single mom is doing the job of 2 people. It's a job that could break the best of us, especially if you are forced to helplessly watch your child hurt. Kaitlyn has it extra hard, trying to provide for a daughter who suffers from constant seizures and is completely dependent for everything. Judith was blessed to be born to a mother who has the strength to endure all the pain, as well as the drive to give her the best life possible.

Kaitlyn is relentless. On top of being a single mother with a special needs child, she is also putting herself through nursing school. As Judith grows up, she will see Kaitlyn living by example. She will learn about love, sacrifice, and ambition. When Kaitlyn's character inevitably rubs off on her daughter, we are confident that thanks to all the therapy equipment from the Chivers, Judith will one day be able to walk. 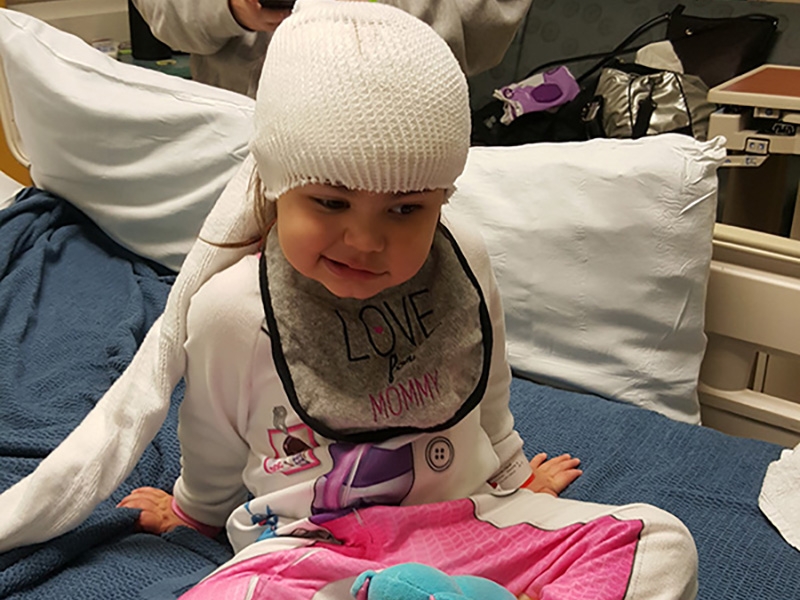 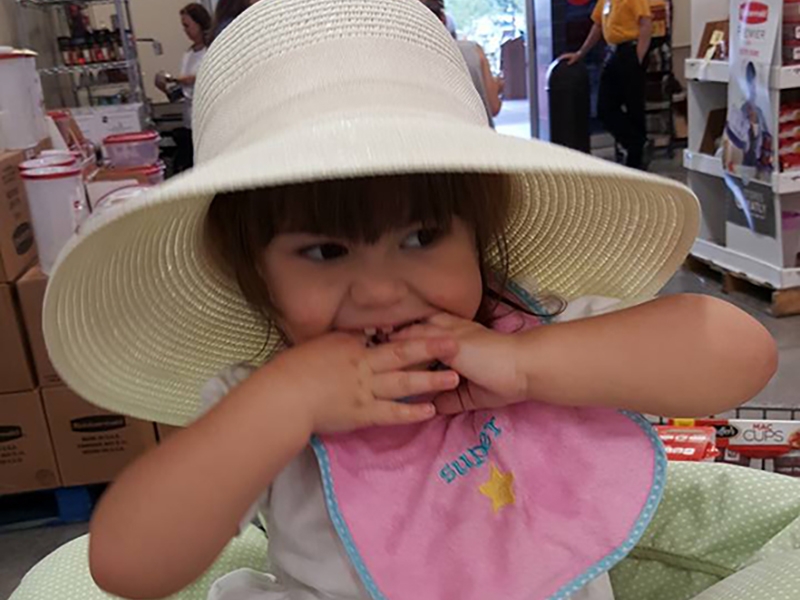 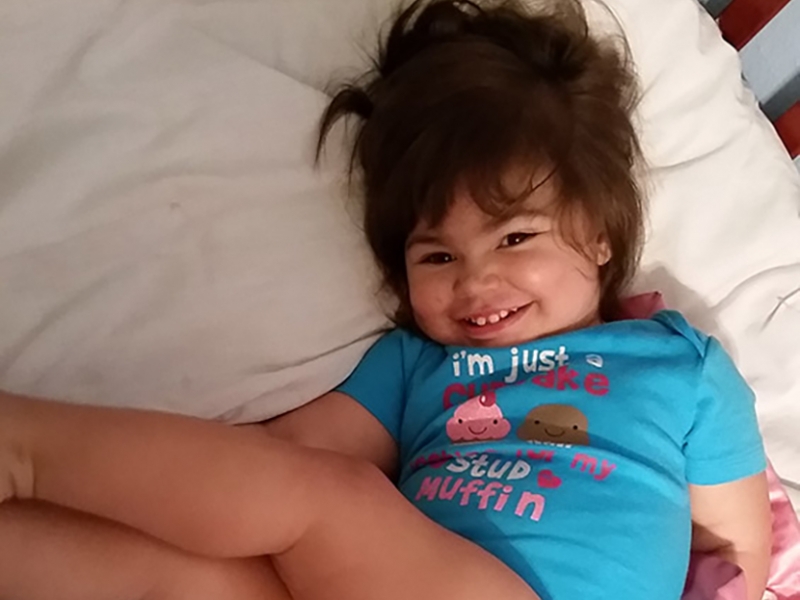