*With the freedom and independence of the Ukrainian people being threatened in Eastern Europe putting the world on pins and needles again, I thought I’d share a story with you all that might bring you all a bit of joy today. 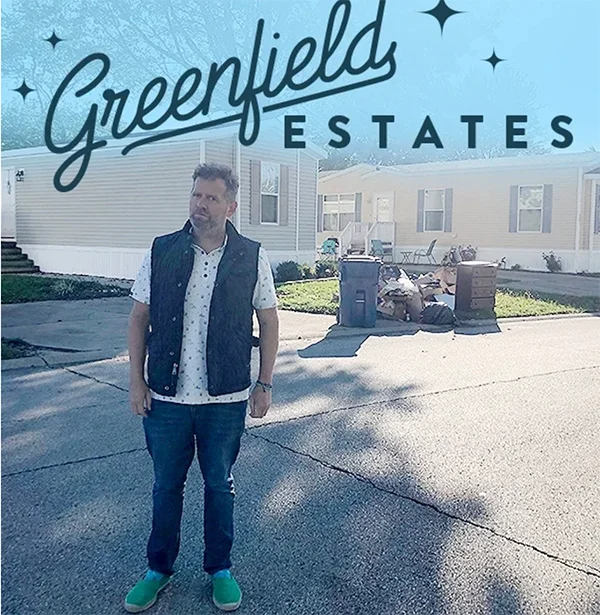 When we last checked in on Jack Sawyer, Brian Mercedes and I were in a trailer park in southern Indianapolis. The Greenfield Estates, which we nicknamed ‘doomsday trailer park’, was about to be the permanent home of the Sawyer family. They needed a one story house (or in this case a single-wide) to accommodate Jack’s many ADA needs.

Chris and Fay were currently living with Chris’s parents in their two bedroom home. With Jack now over 100 lbs., the Sawyer’s had purchased a stretcher on Amazon to carry Jack to the upstairs bathroom, where the lone bathtub in the home was located.

That is, until Chris strained his back leaving Fay to carry Jack up the stairs on her back (literally).

Jack’s condition was worsening by the day. His ACOX1 genetic mutation had left him deaf, without the ability to walk, and his skin blistering and shedding. His parents had run out of time, money, and options. When we met Chris and Fay, Chris told us the last shoe was about to drop. Fay quipped, “unless we find a ruby slipper.”

It was that moment I told them that the Chivers would like to raise $25,000 for Jack and with a $25,000 match from STRATACACHE. It wasn’t enough for a new house, but it would buy them some time to find a safe apartment, anything but the Greenfield Estate doomsday trailer park. 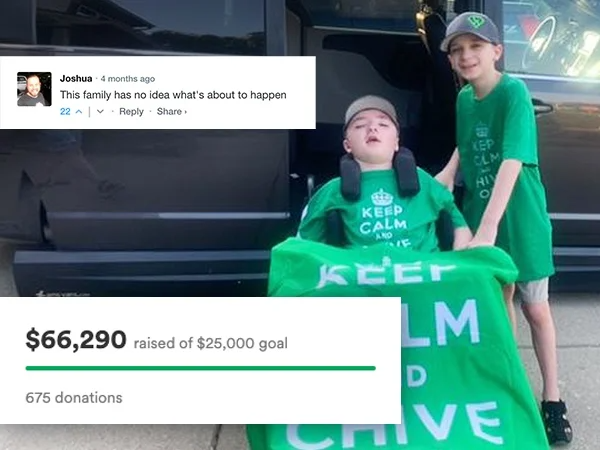 I think Joshua said it best, “This family has no idea what’s about to happen.” 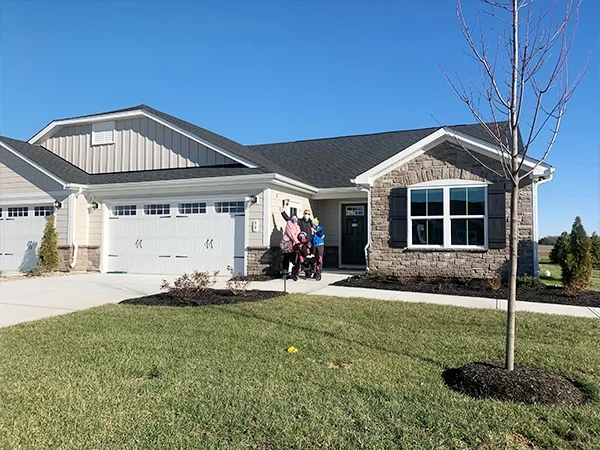 The Chivers and STRATACACHE raised so much money, the Sawyer family is now building a brand new home… to go with the brand new ADA-accessible minivan to park in their brand new driveway!!!! 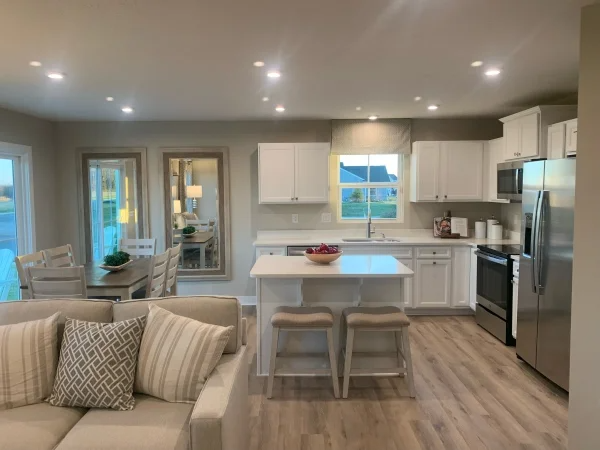 Initially, the home they were building was to be carpeted. But an anonymous Chiver who read Jack’s story upgraded the home to wood floors so Jack could move freely about the house. How amazing and generous is that?! 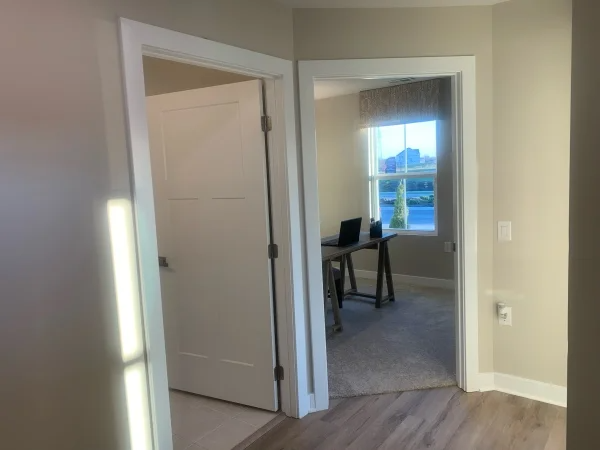 All the doors are 3 feet wide so Jack’s wheelchair can fit through any doorway. 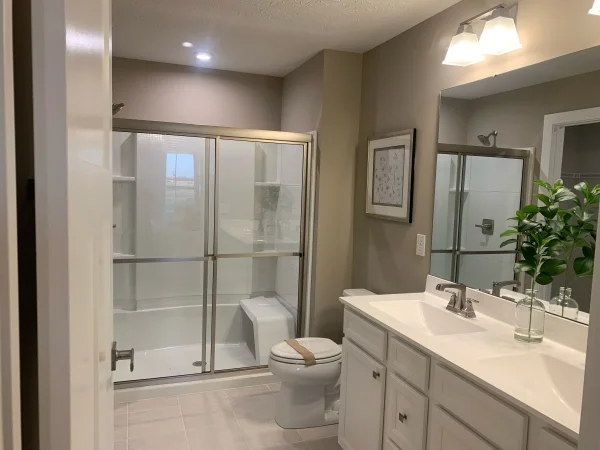 Jack will be able to sit up and take a shower in the spacious ADA-accessible bathroom! Even the light switches throughout the home are set at Jack’s height. 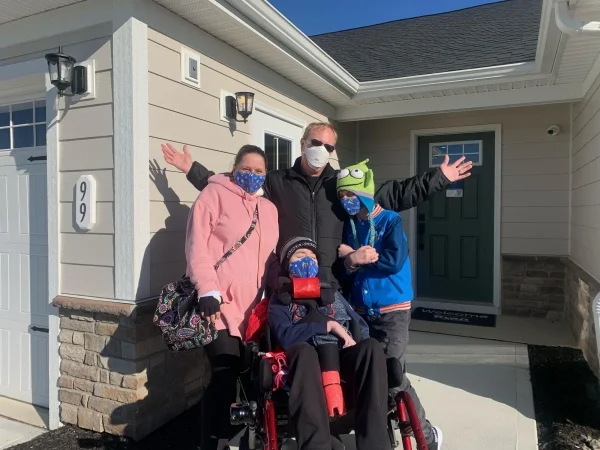 Fay wrote to Cory Hall-Martin at Chive Charities and said,

“This is a miracle. A miracle you all started with your kindness. If not for theChive and theChive Community and STRATACACHE…none of this would have been possible without all of your love, kindness, and generosity!!

In a few short months, Jack will have a home that has no restrictions for him. A home he could live in for the rest of his life!! All of you have given this to him, to us. Thank you doesn’t seem to be enough, but we do thank you from the bottom of our hearts for making this a reality!! Thank you for the ruby slippers…we’ve found our home sweet home.”

The Chivers continue to be a force for good in this crazy world. This is the 4th house we have built since the inception of Chive Charities. It gets better – Last month, we crossed 500 recipients and over $17M donated to the underdogs. We also set a new record of $500,000 donated to 47 recipients in a single quarter.

Thanks to all the Chivers who gave what they could to Jack. Your generosity took the weight of the world off two amazing parents. I truly believe you saved the life of a very deserving young boy with your swift action. 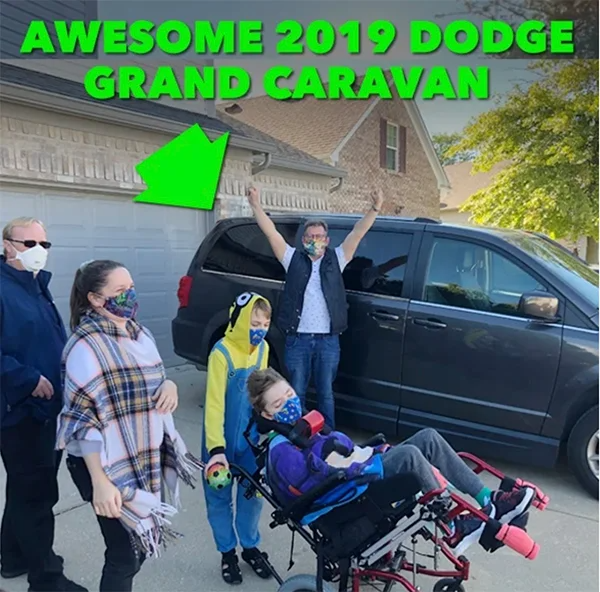 PS – Thanks so much to the Chive Charities Green Ribbon Fund donors. It was your leadership and generosity that purchased the new Dodge Grand Caravan to get Jack to his doctor’s appointments.

If you would like to know what it feels like to truly make the world 10% happier, I invite you to sign up to become a member. We have memberships ranging from bronze, gold, silver, and green. And if you want to see more of the impact those donations have on real lives, follow @chivecharities on Instagram, Facebook, and Twitter.

Happy Friday, Chivers, thank you for all this.