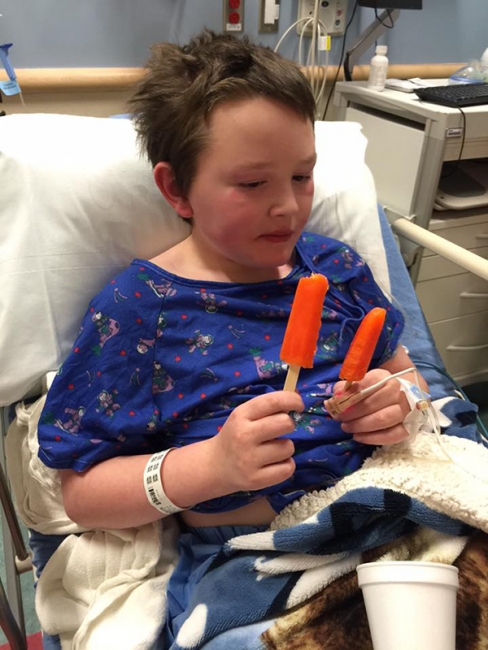 Mom Natalie reached out to Chive Nation with horrible news. Jaiden needed to have a chip put in over the summer to measure what was happening in his stomach, so to accomodate this procedure doctors took him off one of his chemo medications. During the 8 weeks he was off chemo his stiff skin covered his entire stomach and is now causing issues.

It has also started restricting his breathing, so he is on oxygen full time. They have put him on the only other chemo that might help him, but now Jaiden and his family are forced to look for possibilities outside the U.S.

They will film their 3rd TV news interview to raise awareness for Jaiden's rare condition to try and find help or raise money to get him wherever he needs to go. Doctors just don't know what to do, they're at a total loss. This is Jaiden's last chance.

Natalie, Jaiden's mom told us that over the summer they spend at the Children's Hospital, four words kept her going: Keep Calm & Chive On. KCCO. After a while, she even had the doctors and nurses chanting KCCO with her! If you want to help Jaiden find a cure or a treatment, you can donate HERE.