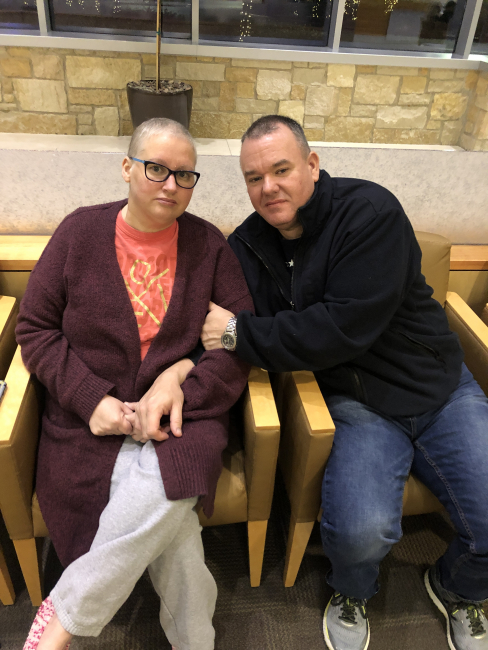 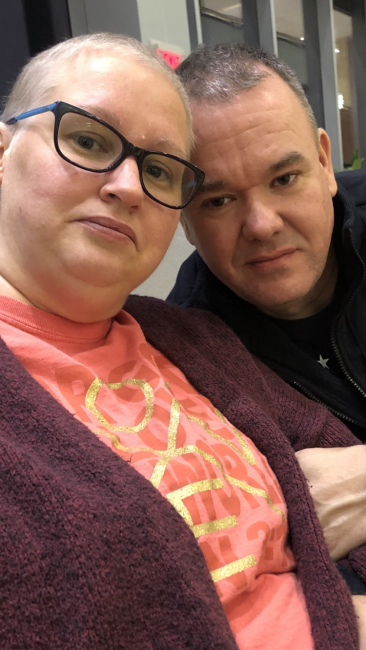 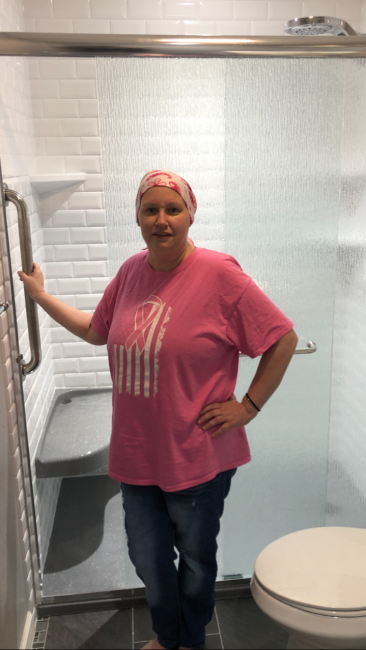 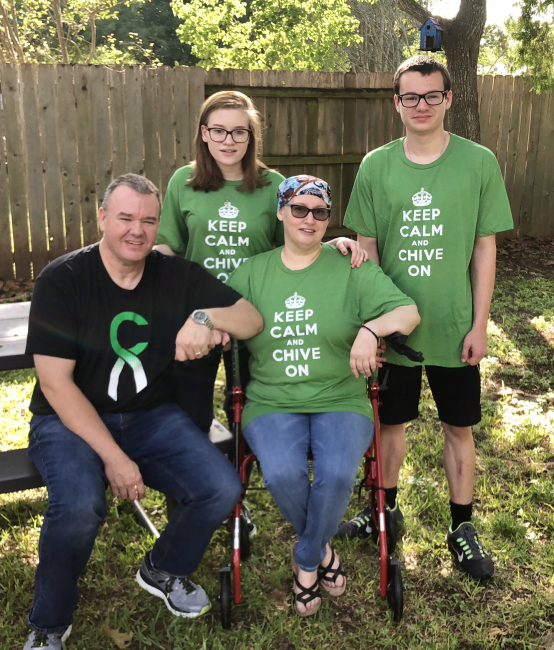 Mark, Bobbi’s husband shared an update with us:

Bobbi is having breathing difficulties. Her cancer has spread further into her right lung, to both of her hips, to her ribs & sternum, and the right side of her skull.

The shower that Chive Charities gave us has been so helpful. When her body aches are to much for her to handle, she takes a long shower and she lets the cold water or sometimes hot water hit her body to soothe the pain. There are times she can’t stand up in the shower, so she sits on the shower bench to bath herself. We are so thankful for the help you have giving to us. If Chive Charities did not help Bobbi with the shower, I know she would have falling and her hurt herself and she does not need anymore pain.

Bobbi is such a warrior and remarkably, Bobbi can still get around and go places. I never knew a person that stays so positive about fighting to stay alive then Bobbi. For example, when her Oncology Doctor told us that her cancer had spread further into her bones, she replied with "Well at least its not in any of my major organs, I still have a fighting chance to live longer".

Keep Calm and Shine On Bobbi! You Chive Charities Family is cheering for you!