Billy has had two major surgeries 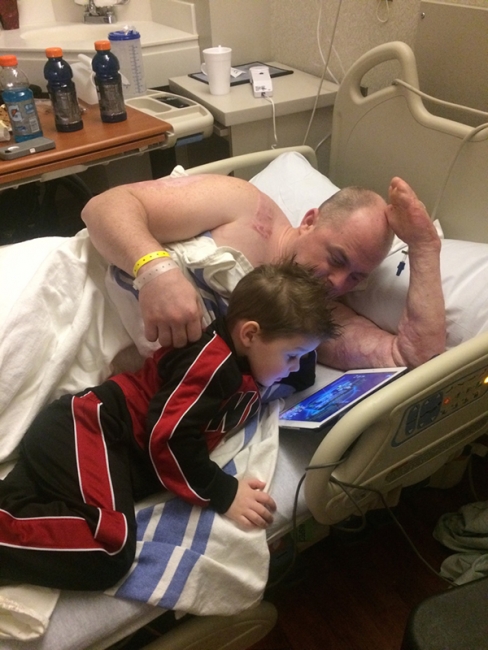 Billy reached out to us recently with a BIG update:

“The past year has flown by, it seems. I am still working with my prosthetist, weekly, to get a good fitting socket for my prosthetic. The beginning of March, my prosthetist and I start working hard on getting a new socket piece fitted. Once again, we keep having problems with the socket losing suction, due to a very deep scar I have, running the vertical length of my stump. After weeks of trying, we still cannot get a good seal on the socket.. So, that’s when I made the decision to have some “elective” surgery to have this enormous scar removed. I’ve had a couple post op appointments since, I am able to start wearing my prosthetic again, and resume the fitting process next week!!!”

For fun, the family recently took a trip to Disney World. They had a blast. Back in January, there were a couple of 70-degree days, so they took advantage and fired up the pool! Billy said that getting some exercise in the morning, stretching, and moving, makes for such a better day! On the days that he begins in the pool, he doesn't need to take as much pain medication!

He still gets to drive himself and his kids around. He says being able to drop off his son at school and run errands like grocery shopping mean everything in the world.

He signed off with, "You guys are so amazing, all of the Chivers & Chivettes across the world are amazing people, that create chain reactions of kindness and generosity!"

Watch the incredible video of Billy walking in his prosthetics HERE.