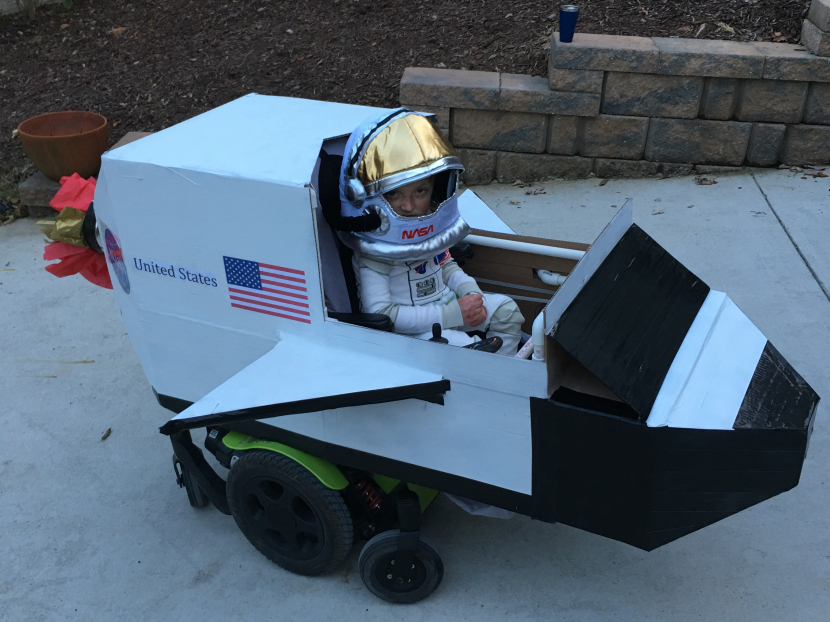 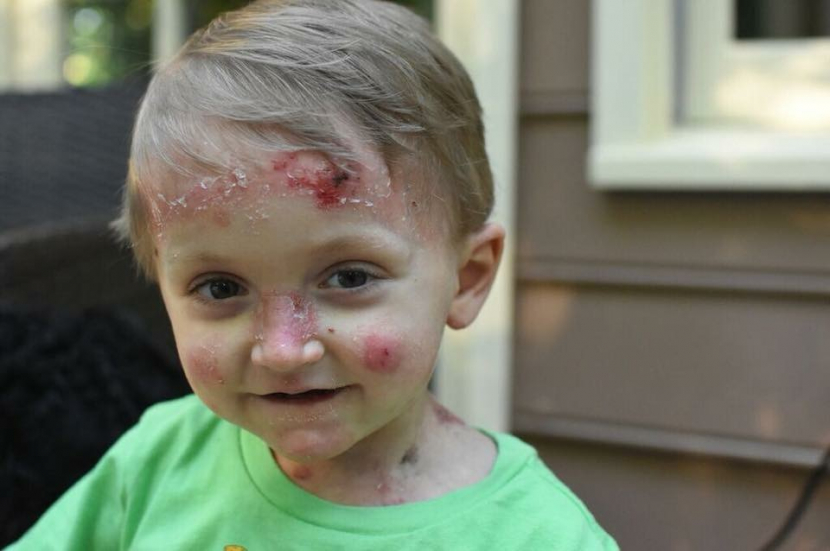 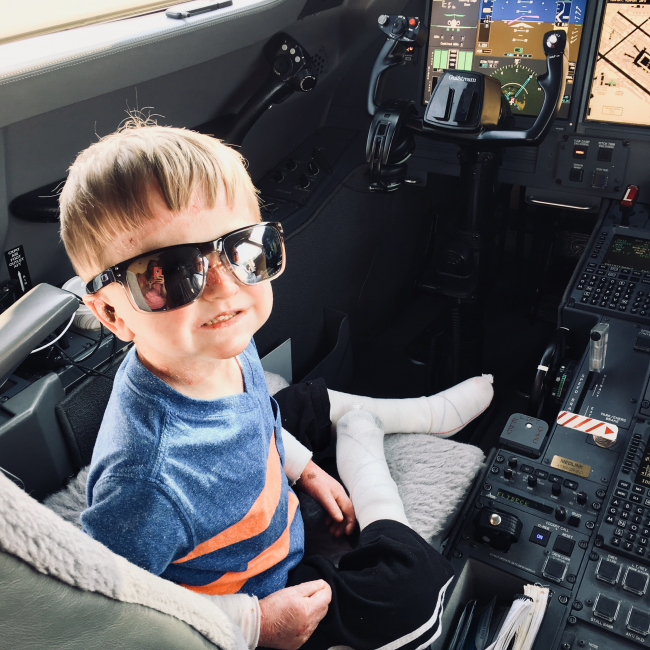 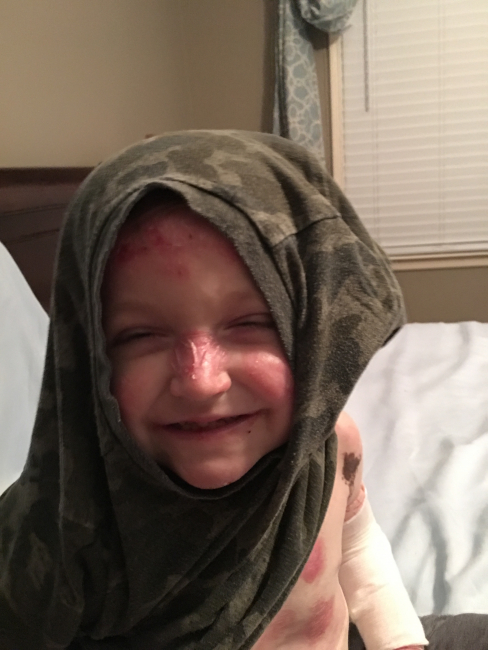 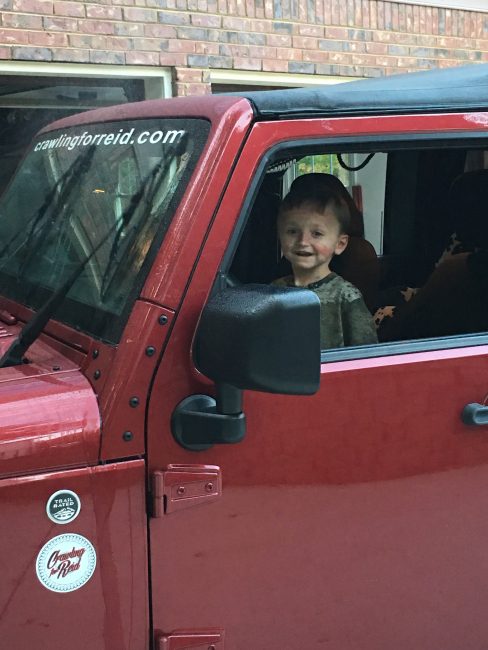 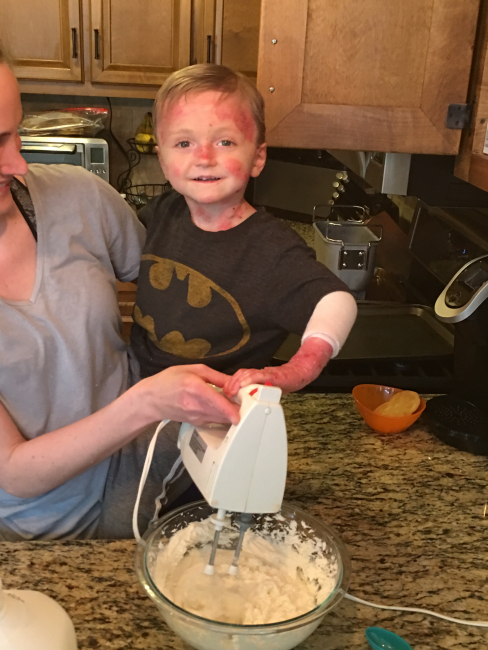 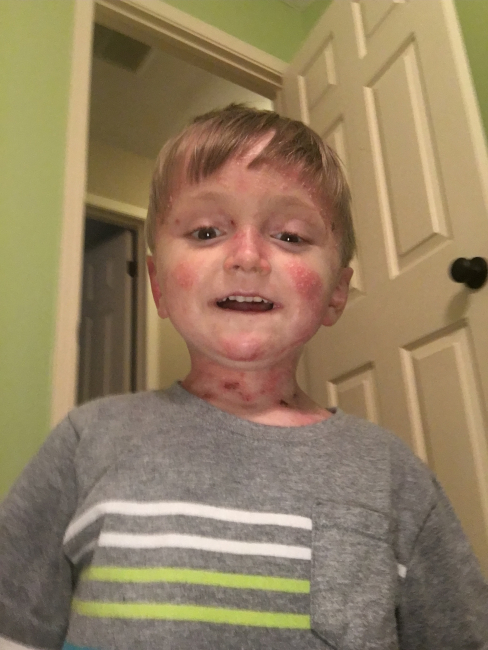 Reid is now 4 ½ and just celebrated his 4 year anniversary of his bone marrow transplant, where his sisters stem cells were used to produce the critical protein Type VII Collagen in Reid’s body.

Reid is doing okay considering all that he is dealing with.  His disease, Recessive Dystrophic Epidermolysis Bullosa (RDEB) is a relentless disease that tries to rob kids of their lives. Reid travels to Minneapolis several times a year for continued evaluation of the transplant and to seek new treatments.  Reid’s doctor, Jakub Tolar, who is now the Dean of the University of Minnesota Medical School has several treatments that he is working on to get approval from the FDA that could greatly improve Reid and others with this tragic disease.  Reid has received two rounds of a clinical trial, which took tiny skin grafts from his sister and was applied to chronic wounds to deliver cells which contain the gene that Reid did not make directly to the site.  These grafts have been successful and will continue to be used as needed. Last July, we took Reid to Minneapolis for a checkup and performed a swallow study as he was having difficulty swallowing.  The doctors were very alarmed and a somewhat emergency OR visit was scheduled to look at his esophagus for issues as RDEB can devastate the mouth and esophagus.  The doctor discovered that scarring from the simple act of swallowing had closed the esophagus 100% just below where the trachea is.  A dilatation to open the esophagus was performed and it was a success, but we must be persistent in monitoring this in the future as it will likely happen again.

Reid tries to be like any other 4 year old and wants to play with his brother and sister constantly.  He is currently doing preschool in the home along with physical therapy to help him stand and eventually walk.  He is practicing with a walker, but usually gets around by crawling and scooting or his wheelchair.  Reid loves to play with Legos, blocks and any kind of car or truck.

Reid and our family are extremely grateful for Chive Charities and the generous supports.  The grant was and still is life changing as Reid has a much safer environment at home to live in.  We are blessed to have had this opportunity.