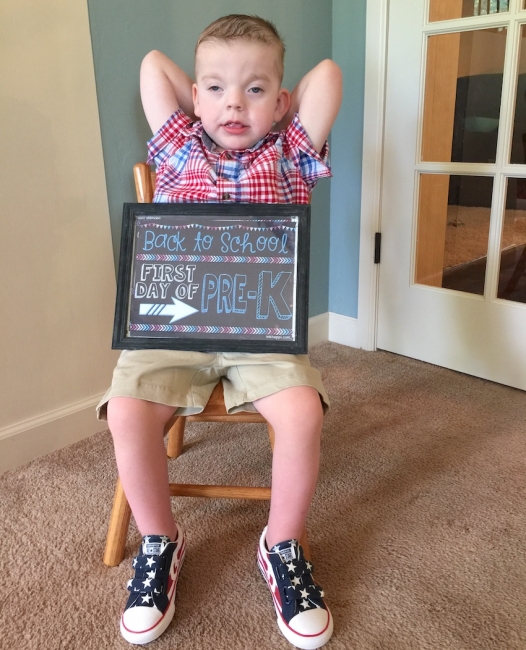 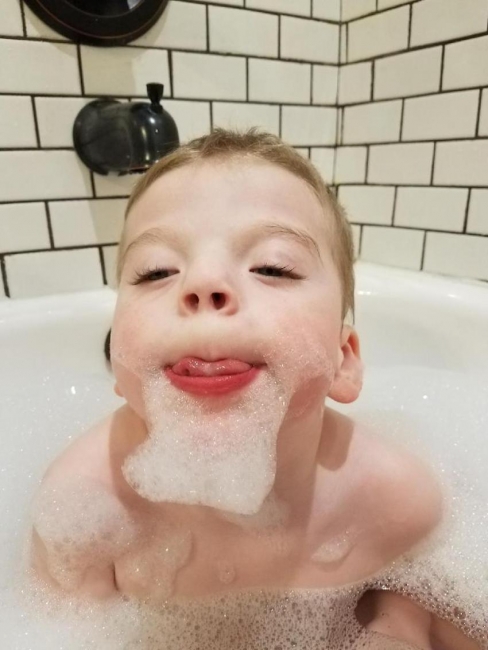 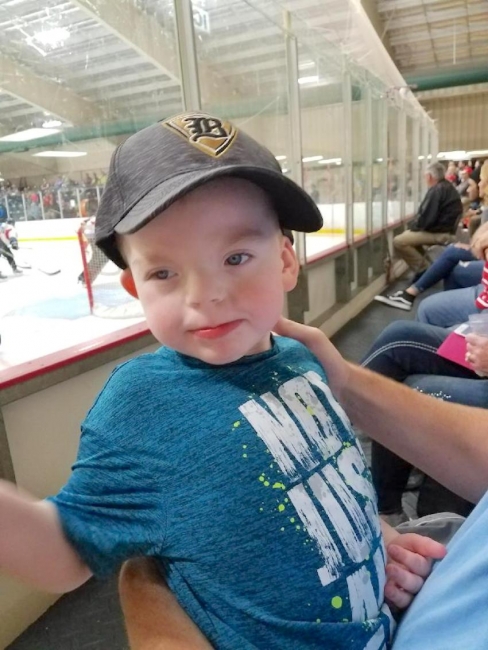 Kellan has been doing exceptionally well lately, and lots of big news to share!

The last time we heard from his family, he was still on four different seizure meds, but since being on a ketogenic diet, his family has been able to wean him off three of those meds, which has made a world of difference in his life! Friends and family have commented on how bright his eyes have gotten, and everyone notices how much more alert he is and how big his personality is now! His parents told us he's an absolute joy to be around.

It was a buys, super fun summer for Kellan. He and his family spent a lot of time at the lake this summer, and Kellan was able to ride a Seadoo for the first time – he loved it! He turned four years old in July and started pre-K in August, which he also really loves. Recently, Kellan's big sister Madison welcomed a baby girl into her family, so now Kellan is an uncle! His mom says he's still the most snuggly boy in the world, who loves hugs, any kind of musical instrument (especially a tambourine), and has gotten very tall over the past year.

Kellan's Chive Charities grant purchased home therapy equipment, and it has continued to play a huge role in his development. He knows where all his toys are and crawls around to everything he wants. The room starts out clean at the beginning of the day, and by the end of the day it's a happy mess from him pulling everything out of his toy baskets. When the family goes on vacation or have been out of the house all day, he's anxious to go back to his room, which has become his safe haven.

"We are eternally grateful for this gift Chive Charities has given our son." ~Misti Wood