Josh is paving the way in his new career! 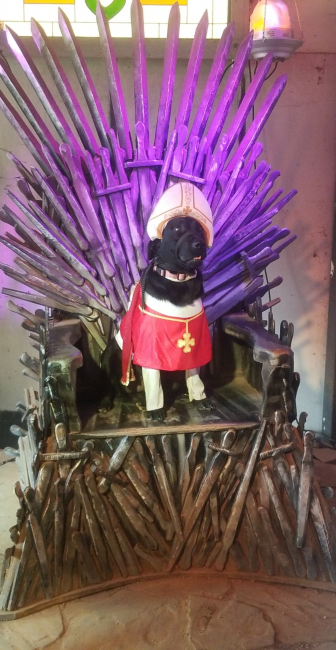 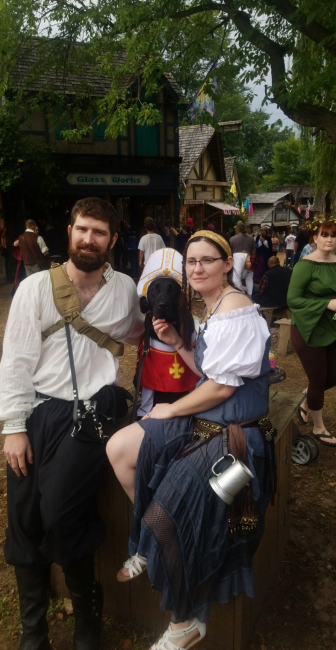 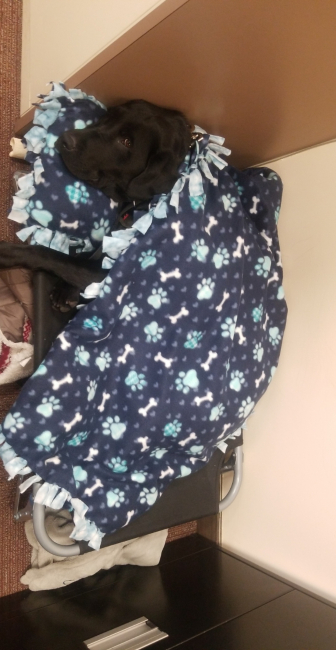 We got an update from Josh to give us on all some insight on what is going on in his world.

"Eda and I are doing very well. I finished my bachelor's degree last fall from Briar Cliff University in Sioux City, IA. Eda attended classes with me and had a better attendance rate then some of the people taking the classes with me. Since then we have actually moved closer to retrieving freedom so we can have more interaction with them and more support.

I got a job with Wells Fargo bank as a lead teller. I was the first person with a service dog to be in a customer facing role with the company. It was actually quite a struggle to get the job as the company did not have anything in place on how to handle someone with a service dog applying for a customer facing role. I was very lucky to end up with a recruiter that had a strong military family that went to bat for me and took the case as high as was needed and actually helped change the company policy or ar least get one in place that with help other veterans with service did in the future get a job with them. The branch I work at irs very pet friendly. They have gone above and beyond to make her and I feel at home. She has a cot that she sleeps in behind the teller line. One of the ladies I work with even made a blanket and pillow for her. We even occasionally see puppies from RFI come in and get to say hi to her.

Jamie, Eda, and I attended her company Christmas party which was kind of a big deal for me. We even made it down to a very good friend of mines promotion ceremony in St. Louis recently. We also attended a renaissance festival with friends. Eda has greatly improved me and my families ability to get out and do things that would have previously not even have been considered before her."