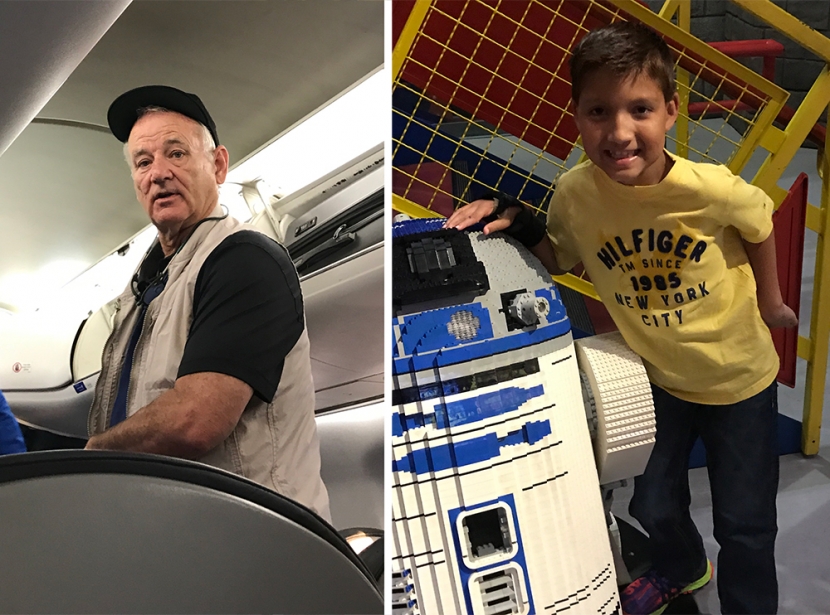 It has been a little over a year since Jayden received his grant from Chive Charities and years since he was brought into a loving adopted family.

Jayden has certainly had some ups and downs since then. Since Jayden's surgery in march he had a little setback however that didn't stop him long. Jayden recently went back to the surgeon where we received great news. Jayden's surgery to straighten his left humerus deformity was successful. Jayden is now able to feed himself a little easier, gained more use of his left arm, and it definitely improved his wrist function which allows him to go back to drawing. Jayden has recently begun walking short distances independently. His mother tells us that his perseverance is what drives his healing. He now tells people "KCCO"!!!

While on a recent trip back from the Cincinnati Children's Hospital for a surgery, Jayden got to meet Bill Murray and his son, Luke. Bill was traveling to Chicago to watch his beloved Cubbies in the NLCS. Bill talked to Jayden and his mother at great length about Jayden's surgeries and the Cubs. He even wished Jayden "good luck" before leaving.