Hulk smashing the goal for Cole

Last week, we introduced Chive Nation to a remarkable 16-year-old kid and watched in awe as his life was changed in less than an hour. But before we get to the “how,” let’s back up to the “why.”

Cole Garland was born with a rare genetic skin disorder called Epidermolysis Bullosa (EB), and his is an extremely severe subtype that has caused the layers of his skin to blister and fall off, along with webbing his hands and feet and diminishing his mobility. It is a life-limiting condition. 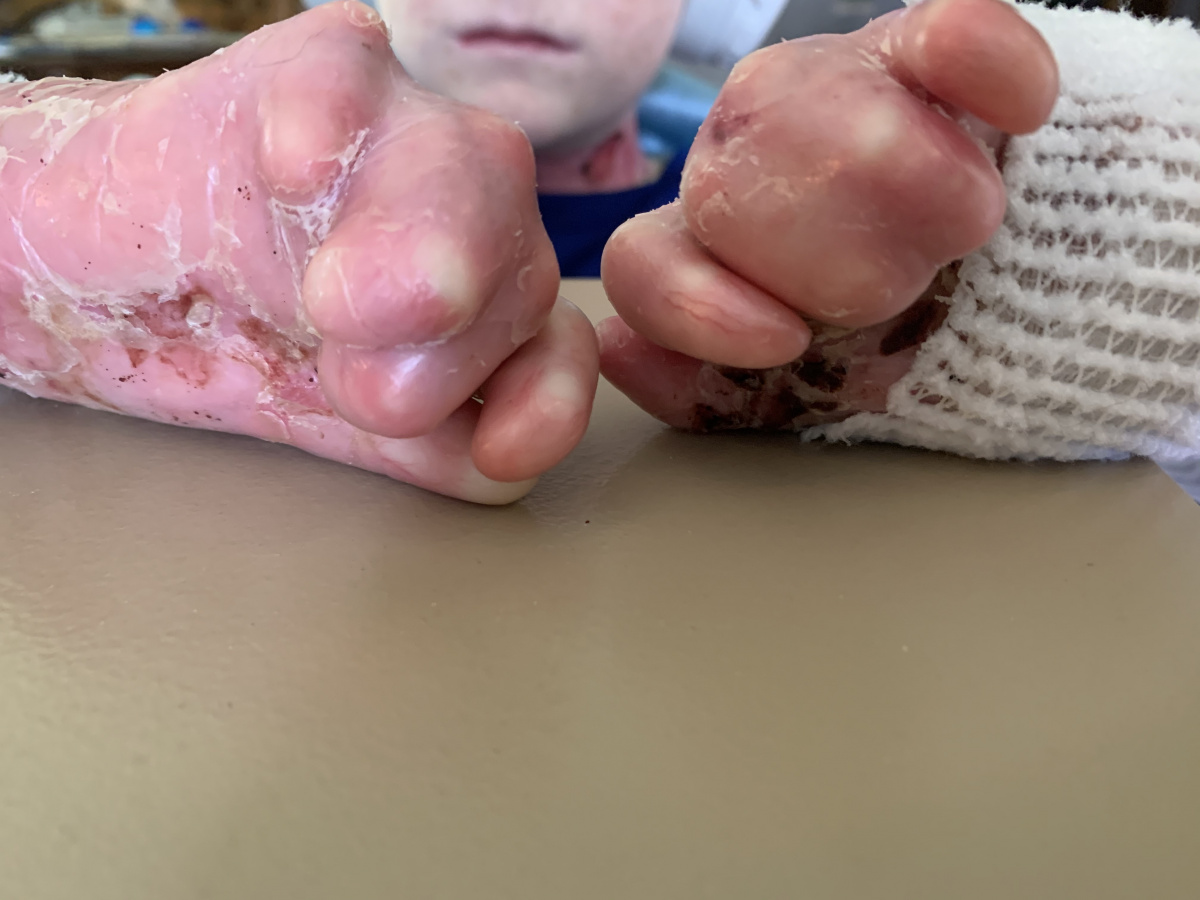 EB is so rare that the NICU where he was born was not equipped with the proper wound care supplies needed for babies with his type of skin, and they later had to be specially ordered by the hospital. To this day, Cole requires $3,000-$4,000 worth of wound care supplies each month. Each month. 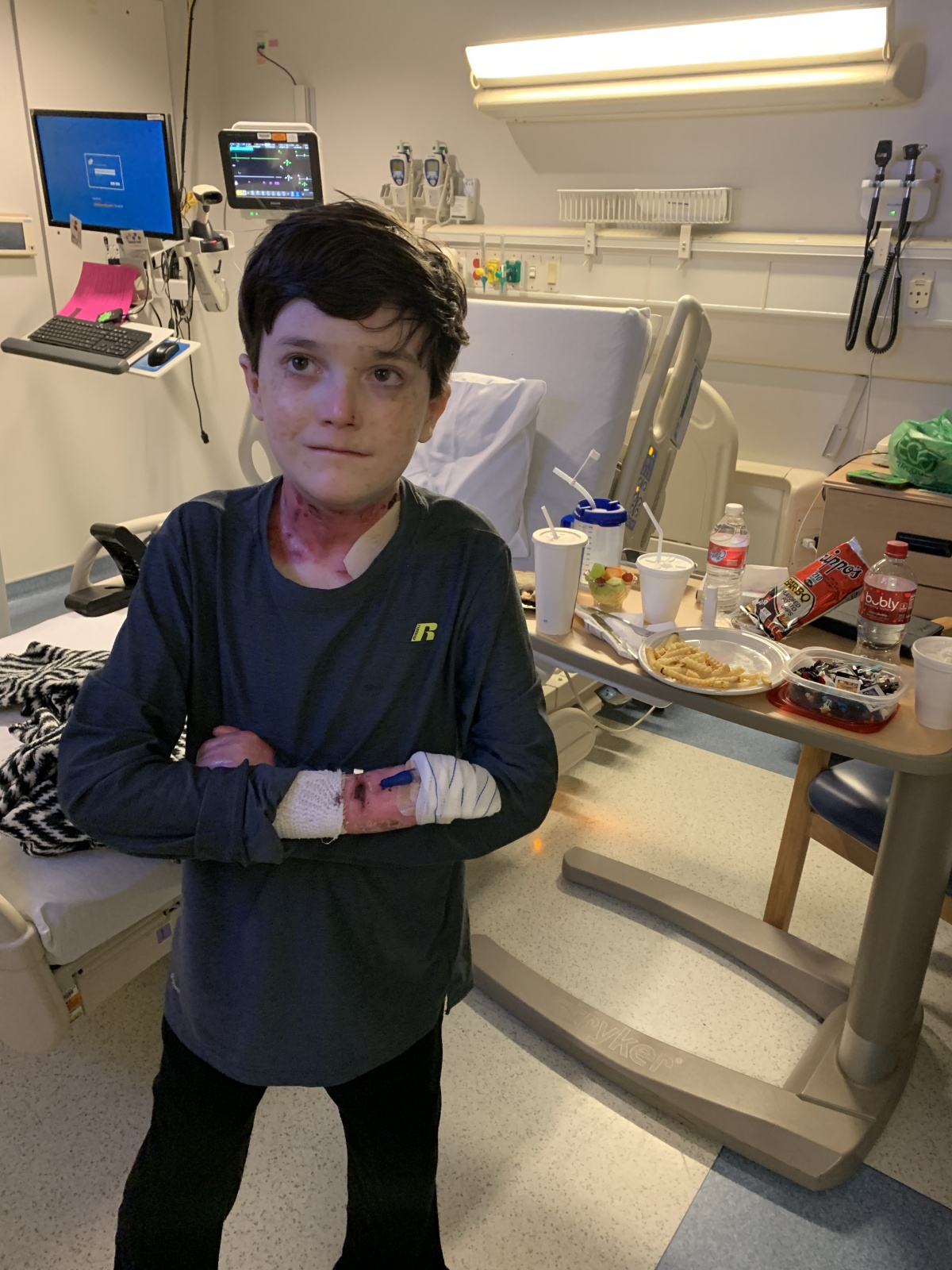 On top of the monetary cost, Cole deals with excruciating pain and inflamed and itchy skin each and every day of his life. Three or four times a week, he endures 2-3 hours of dressing changes, a process that is both awkward and painful. It’s not the way it’s supposed to be for a teenage boy, and yet, it’s all Cole has ever known.

But, because he also happens to have two rockstar parents (we see you, Jennifer and Chris!), he’s had some typical teenage experiences, too. Namely, as many video games as he can play when he’s not putting his Mensa-level brain to work with school. He is a certified genius. He also deserves all the help he can get. 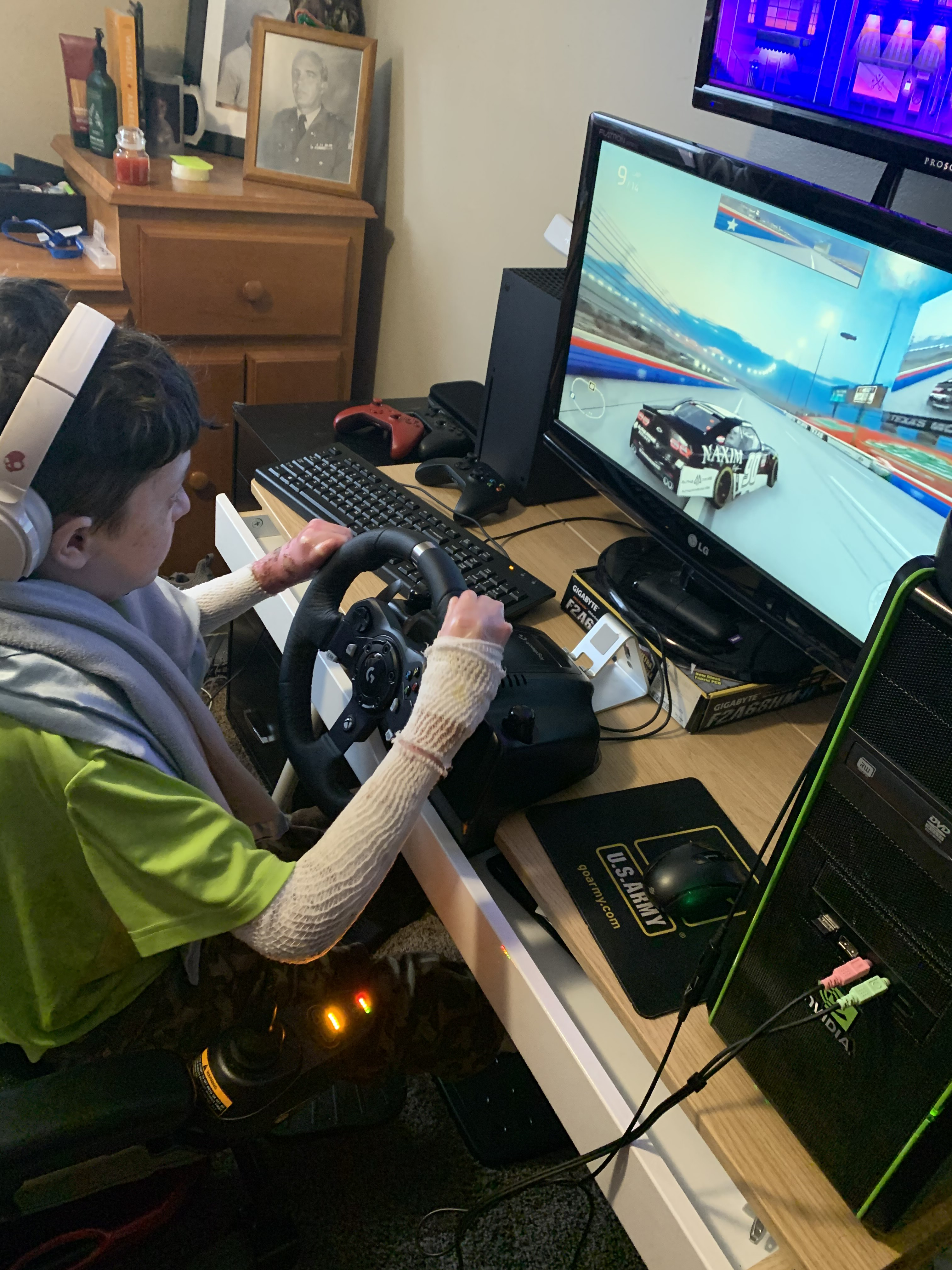 When Chive Charities met Cole, several obvious and immediate needs came to light. First was the substantial cost of the wound care items followed by a high-low adjustable bed, travel expenses for critical doctor appointments, and the icing on the cake...a new gaming PC with adaptive hardware. All in all, it totaled $14,000, which Chive Charities was able to cover in-full through the donations of our dedicated donor family (you can join it HERE). 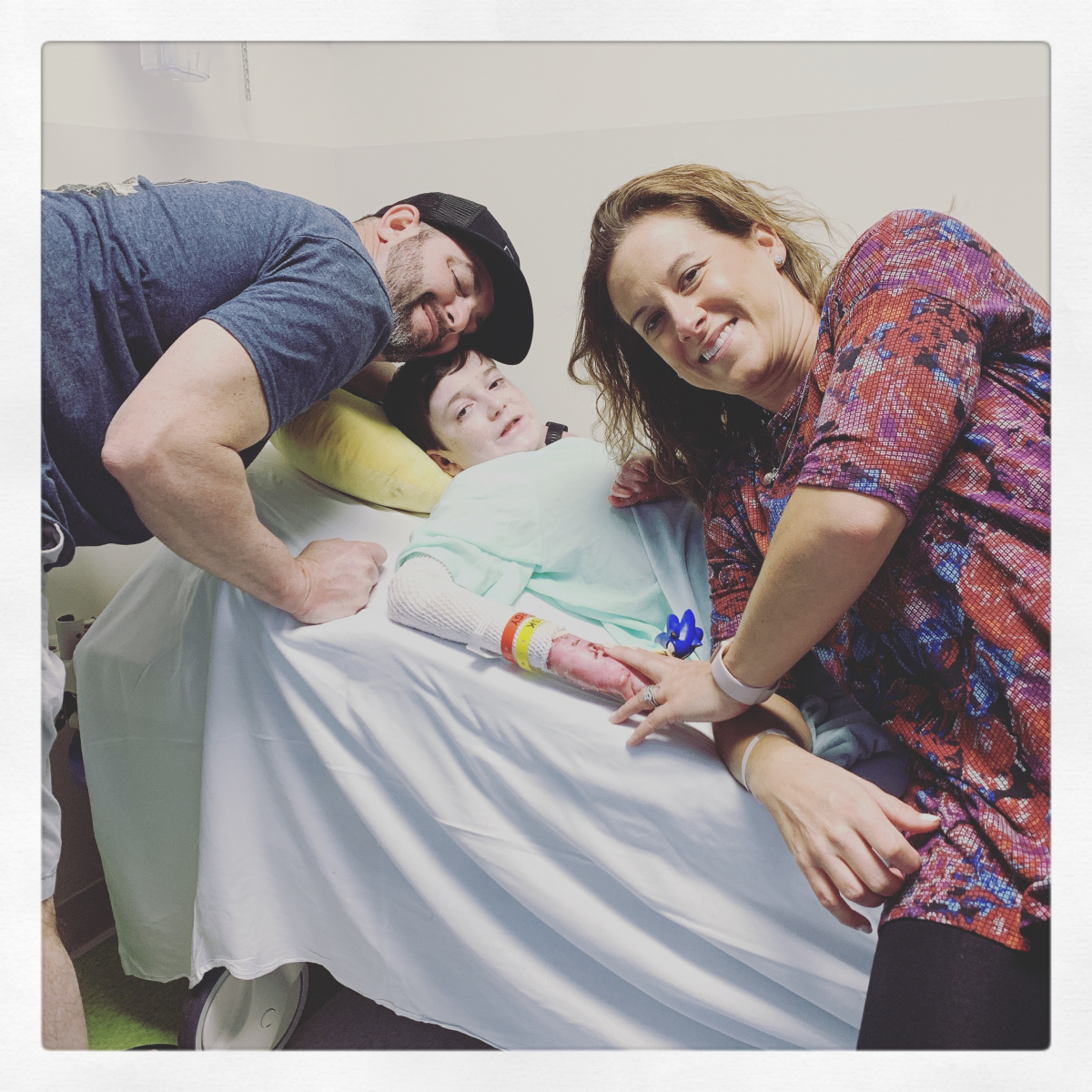 Once those needs were met, we turned our attention to something even bigger - something we knew had the potential to be even more life-changing but would take the support of so many.

You see, Cole also needed a Safe Step Tub ($16,000) and an Air Hawk power wheelchair ($4,000) to make his life that much easier and in simple ways that we so often take for granted - like walking from one room to another or taking a soothing bath.

So, what does it mean at Chive Charities when something like this happens? Let’s pull back the curtain a bit.

When we meet a recipient with an even greater need than we can meet on our own, we look to the one community we know will do whatever it takes to help them. We look to you, Chive Nation. These are the huge campaigns that rally our community and pull us together to smash a goal, and they happen only once or twice a year at this level. Goal smashing is exactly what we hoped to do for Cole and his family. 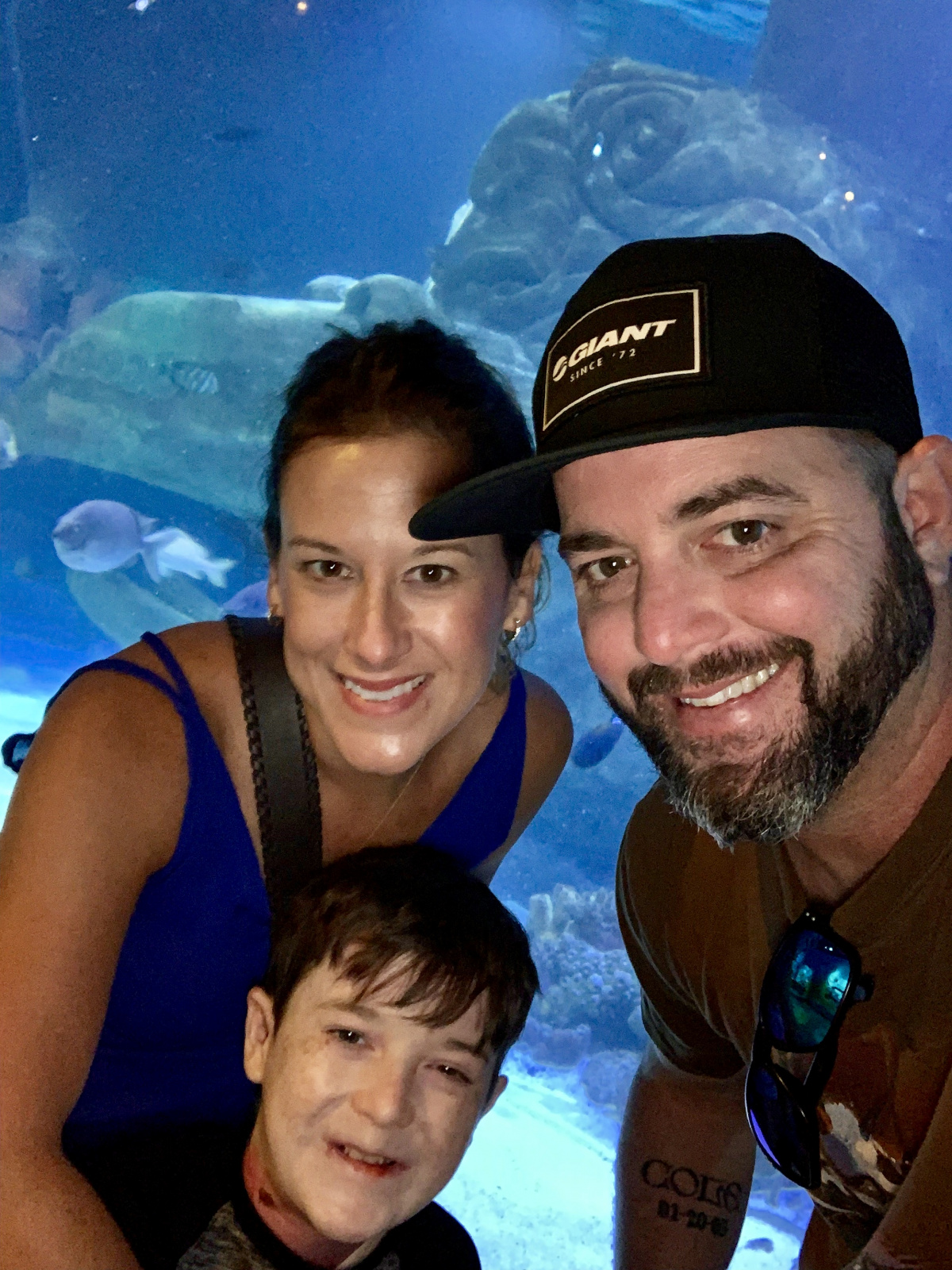 As John Resig so eloquently stated: “Send it.”

After Cole’s initial story was shared and the Go Fund Me page linked, we watched in stunned silence as the $20,000 goal was completely obliterated less than an hour after the post went live.

So yes, because of thousands of incredible donors, Cole is able to get the Safe Step Tub and power wheelchair he desperately needed, along with the extra funds to cover a bedroom remodel he deserves more than anything. 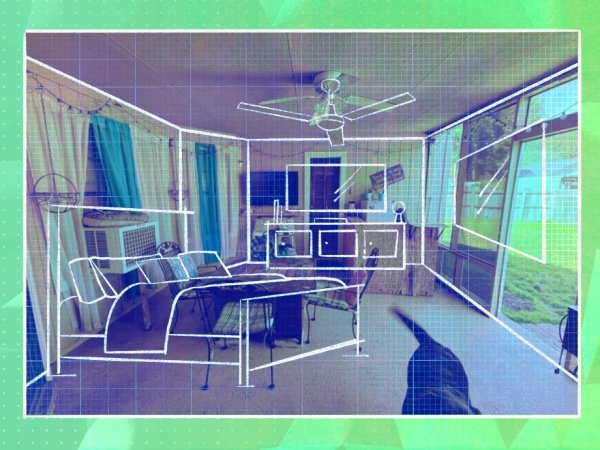 All money raised through the campaign - now at $112,000 and counting - will continue to support Cole and his care every single day moving forward, including the $3,000-$4,000 monthly wound care.

This is what Jennifer and Cole thought of that life-changing number:

We hear this phrase all the time: “This is why I Chive.” Cole is one more example of what that really means, the incredible effect that can have. He is why we Chive.

Without the support of amazing donors, we wouldn’t be able to change lives like Cole’s. All of this is because of all of you. Become part of our Green Ribbon Fund and sign up as a monthly donor. Who knows how many lives you could change for the better. DONATE HERE.