Eloy has been very ill lately 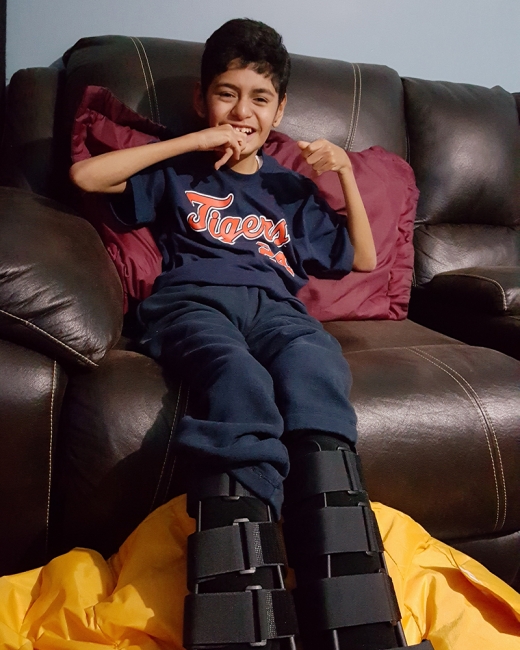 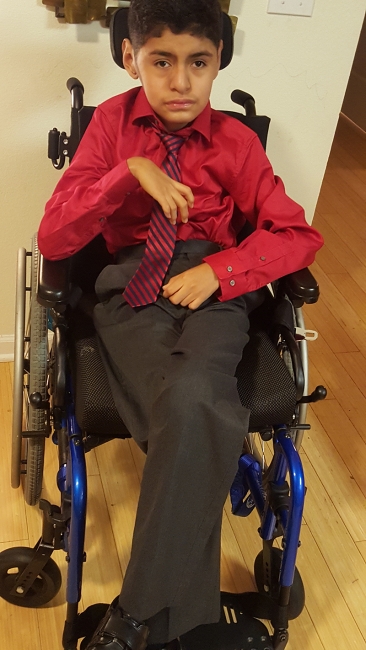 Towards the end of 2015, Eloy became very sick. He had paralytic ileus (obstruction of the intestine due to the paralysis of the instestinal muscles.) In two weeks, he lost 11 pounds. After only returning home for one week, he was back in the hospital having surgery on his feet. He did not go back to school until the middle of March... almost 6 months later.

In some ways, Eloy has regressed. He now vomits regularly and cannot be left alone for extended periods of time for fear he will choke and asphysxiate. This, mom tells us, "is what she was scared of when he was a baby."

But in other ways, Eloy is perservering. He is a "happy child most of the time."